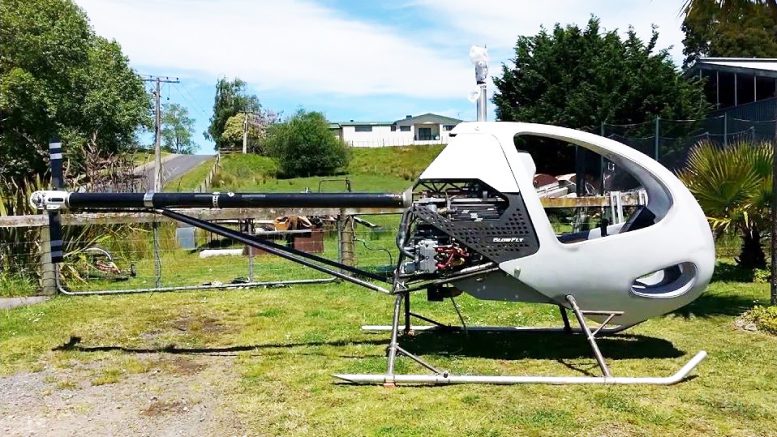 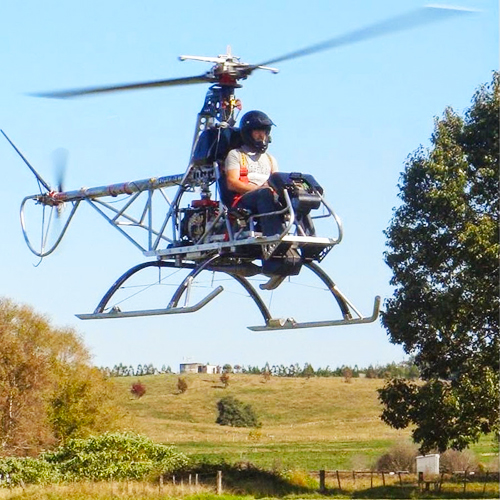 Engineer and rotorcraft enthusiast Cameron Carter finally realized his dream of building and flying his own personal homebuilt helicopter.

He sought a project that involved solving all the problems that the pioneers of aviation had to solve.

One of his biggest motivations was proving he could do it to all who thought it couldn’t be done, the true drive of any man.

In his videos you can see him working to solve problems of radiator pressure, thermal siphoning, and eliminating overheating after shutdown. As with any experimental helicopter there is a huge list of small problems to be sorted through, taking on such a task by your self is truly a grand feat!

Some guys dream, some guys build the dream. This enthusiast developed his own homebuilt helicopter from scratch and took it for a spin. It’s pretty amazing what we can do when we set ourselves to do anything to achieve our dreams. Even build our own helicopter. Maybe we’ll see his own kits in the future? One never knows.

He solved the load to lift problem by selecting the right engine for the job, a V4 common to 1970’s two seat helicopters. The engine is a two stroke approximately 1600cc, weighs about 100lb and has high power to weight ratio (140 horsepower at the flywheel).

In a discussion on his YouTube channel he explains how he discovered that running 5000 RPM makes the best of the engine’s torque curve. He only used 46 horsepower to hover at ground effect (one rotor blade’s diameter from the ground). Unfortunately, flying any higher has met with a serious obstacle.

From Cameron’s YouTube channel – Trying to find the source of 2 per rev shake. Hovering into the wind measured around 2.5 IPS. The camera is fixed to the teetering part of the rotor head and shows a lot happening.

The problem isn’t engineering, it’s the time and money required to meet the standards of aviation regulation. Sadly, Cameron explains on his YouTube channel that the civil aviation authority strongly advised him to discontinue the project. He said “ It has been an very interesting challenge and has taught me a lot of different skills and process.” Ultimately, Cameron has demonstrated the perseverance and know how required to build a flying machine from scratch, a worthy accomplishment!

See him flying and testing, hovering and maneuvering.

You can visit Cameron’s YouTube channel for a video diary of his experimental homebuilt helicopter development.

You can visit Cameron’s Google Plus account for updates on his experimental homebuilt helicopter development. 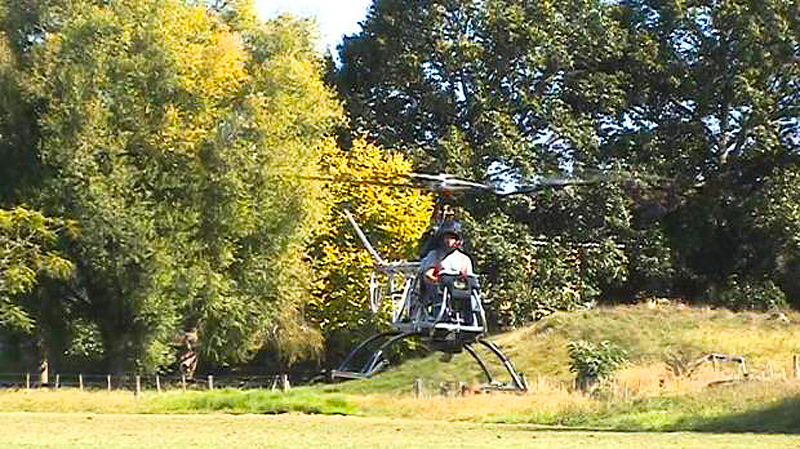 Be the first to comment on "Cameron Carter Homebuilt Helicopter"