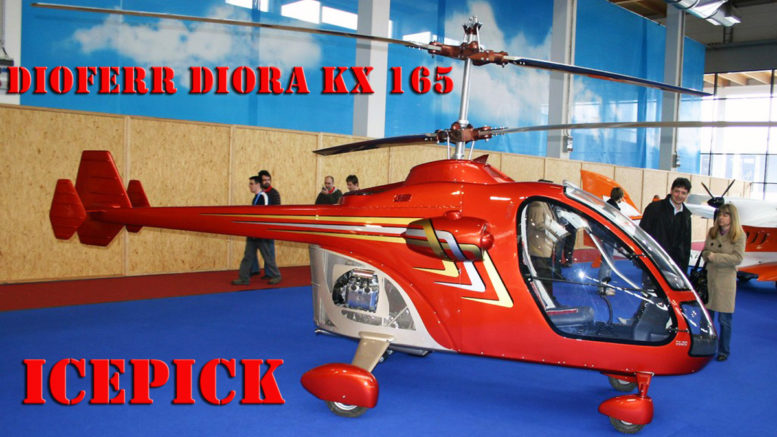 The single-seat version of the Dioferr Diora, the Kx-165 ‘Icepick’, was unveiled to the public at ‘Aero09’ in Friedrichshafen, Germany during April 2009. This was the result of a four year development project by AeroConsult of Reneteszolos, Hungary, which included construction of an earlier version that was registered HA-1441 and hatched the name ‘Icepick’. 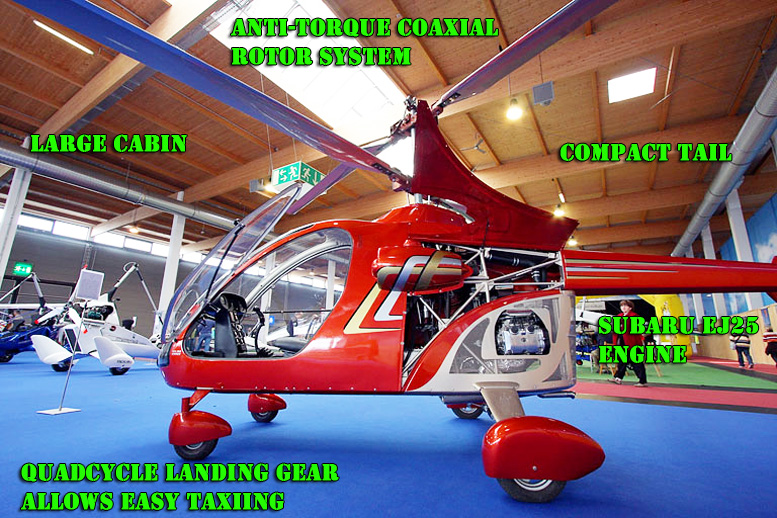 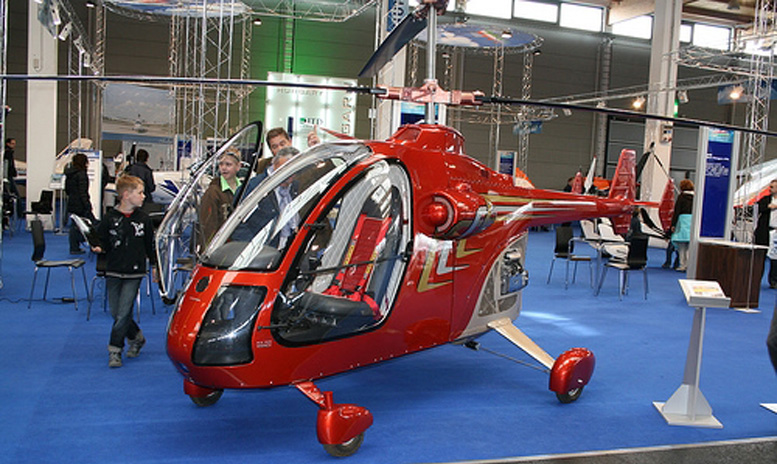 Chief engineer Dr. Imre Bano is quoted as saying that “Aeroconsult went for the co-axial main rotor for reasons of safety, (no tail rotor to run into), expense, (cheaper due to fewer moving parts) and compactness of design”. Initial certification target was 2010, but as it has not been announced on the company’s web site, this has probably slipped. 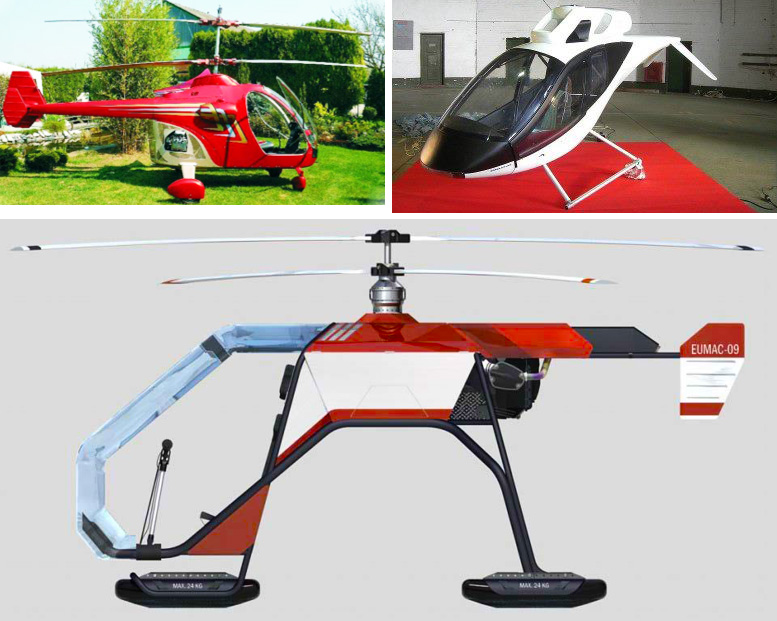 The Kx-165 (PHOTO KX-165) single-seat is powered by a 123kW(165hp) Subaru DS EJ25 engine, whereas the projected two-seat Kx-170, although using the same basic engine, has been up-rated to 130kw (175hp). The power plant, in each case, is horizontally mounted behind the cabin, with an electrically driven fan above the engine bay for the coolant radiator. 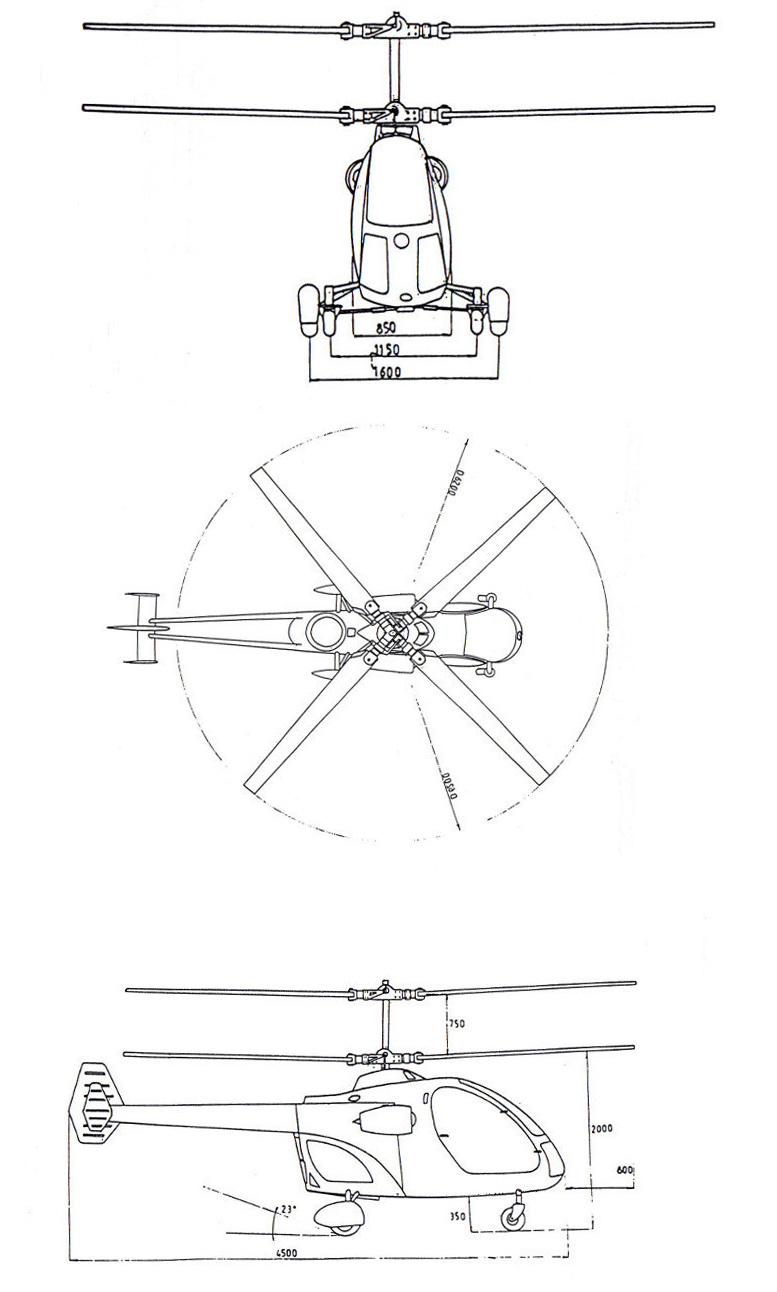 In case of any problems with the high revving Subaru engine when trying to attain EASA certification (though this well used and respected engine should not present any), other options already explored include a Lycoming engine. Although this would have been a more traditional choice, it proved to be too heavy for the compact helicopter.

Likewise, use of a turbine power plant would have proved to be too expensive and too large. Unlike most other co-axial systems, the ‘Icepick’ does not have a rudder, the pedals work on the lower swash plate, changing pitch. The aircraft will have no cross-wind limits.

Any resultant reduction in pilot workload shows a potential decrease in fatigue and it must follow as a plus in flight safety The aircraft consists of a welded steel tube framework with a covering of composites, the cabin featuring a large entry door on each side. 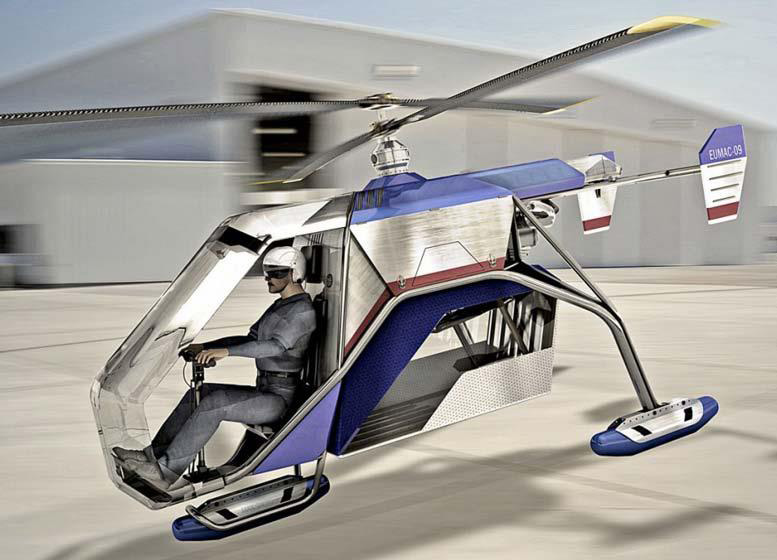 With its dummy air intakes on either side of the fuselage, the helicopter bears a distant resemblance to the Kamov Ka-26 (don’t ask me, I don’t know why these features are there either!) and are, in fact, external fuel tanks. Co-axial rotors feature two units; each of two blades constructed from carbon composite, with NASA0012-0032 profile.

Landing gear is of the wheeled type, with two castoring nose wheels and two main legs, hinged to the fuselage sides, each with a half axle and a compressed rubber suspension. Through further tweaks in design and as flight testing progresses, Dr Bano expects both designs to increase to a 3 hour endurance that translates into slightly more than 500km. (310 mile) 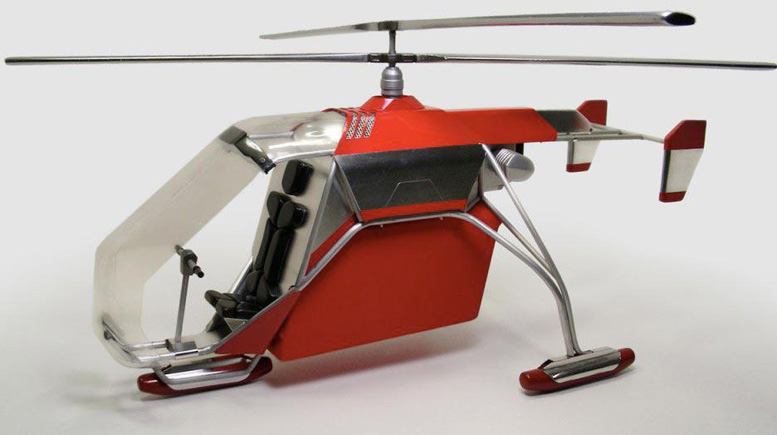 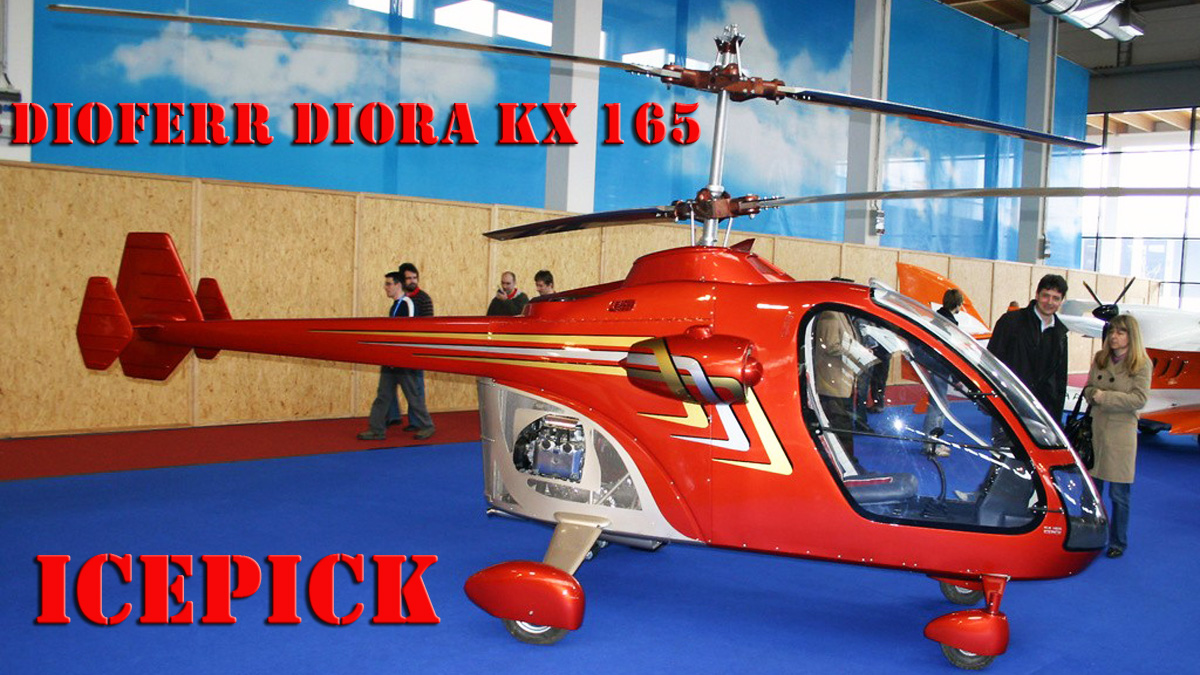 Article Name
Dioferr Diora KX-165 ICEPICK
Description
Unveiled to the public at ‘Aero09’ in Friedrichshafen, Germany during April 2009, this was the result of a four year development project by AeroConsult of Reneteszolos, Hungary.
Author
Ron Bartlett
SHARE TWEET PIN SHARE