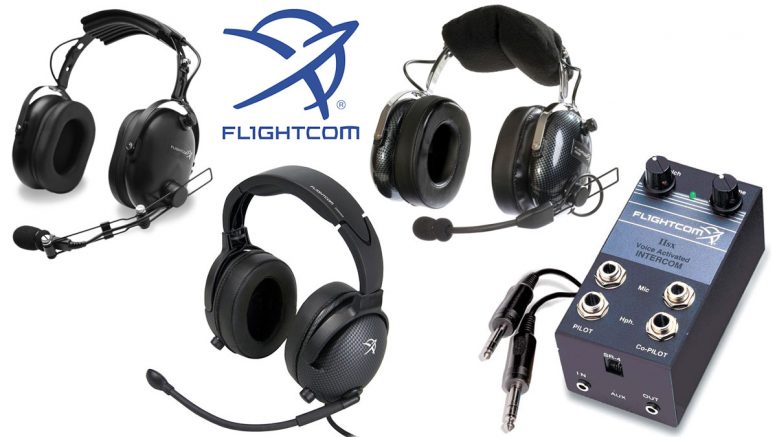 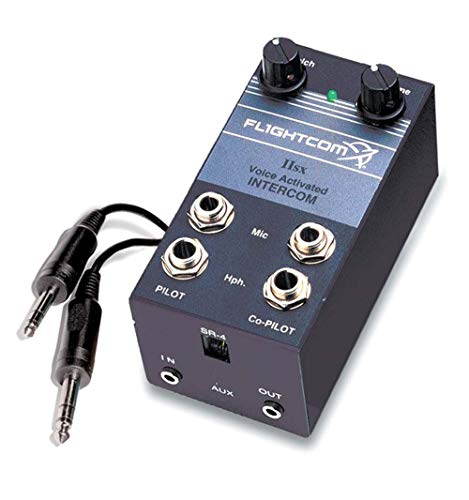 When Skip Heiney of Flightcom called me the other day, telling me all about the latest product from the Flightcom Corporation, and asking me if I’d like to test one of the units, I said I’d be happy to do so. When the package arrived the next day, I opened it eagerly, thinking that the unit would look like something from outer space, but it didn’t.

In fact, I thought it looked very similar to many of the other intercom units which have been on the market for years. I’ve used quite a number of different types of these units in the various aircraft I’ve flown, and I’ve found them all to be useful — especially if the airplane you’re flying is particularly noisy.

From many years of flying Texans, my hearing has deteriorated somewhat. After listening to my history and checking my symptoms, my flight surgeon called it “Pratt & Whitney ear” because he agrees with me that it was caused by many hours of flying aircraft with big round engines, with the canopy open.

I’d lean out of the cockpit, trying to see around those big radials, and my right ear would get hit with the strong sound waves and blasts of air from those engines. In any case, I’ve had this problem for many years.

Not to worry, though, because a good set of headsets solves this problem for me. I had mentioned this to Skip when we spoke on the phone, so to make sure I gave his products a thorough review, Skip included one of their new Flightcom Model 4D aviation headsets.

As soon as I received the headsets, I installed a pair of nine-volt batteries in them, and hooked the headsets into the Walkman Stereo I’d borrowed from our granddaughter. I also borrowed her latest Guns ‘N Roses tape, and fired up the system. The quality of that music really sounded great — much better than that with the headset which came with the Sony. Of course, no high school girl would ever walk around campus with big aviation headsets on her head.

In the first place, they’d mess up her hairdo, and in the second place, nobody else in high school wears aviation headsets, so they’re definitely out for that crowd. (After listening to some of the lyrics on that Guns ‘N Roses tape, I decided to keep it and hide it in a safe place until she’s at least eighteen years old.) In any case, these intercom units are made for use in aircraft, and so I scheduled a test.

At 7:30 this morning, John Conrad, our contributing editor, and I climbed into his 285-hp Navion, taxied out to the active and departed Apple Valley Airport, with Corona as our destination. Our flight would take us over the mountains into the Los Angeles basin where there are more ARSAs and TCAs than just about any other area in the world — except, of course, at Oshkosh once a year.

It was one of those rare, very clear days when the Santa Ana (a strong wind from the north) had blown all the smog way out to sea and visibility was unlimited. As soon as we got to altitude over the mountains, we could see from Malibu to San Clemente, and even the Catalina Island group. We could also see the oil spill off the coast of Newport and Huntington Beach, unfortunately.

On such a beautiful day, you could expect to see a great deal of air traffic, and we certainly did. Aircraft were around us every where, and we used all four eyes to see and avoid them all. There was also a fair amount of turbulence. At one point, when we were going over the mountains, we hit a few bumps which registered three positive and two negative on the ” G ” meter.

My Pentax received a few minutes of solo time as it floated off my lap into my face, but the Flightcom 4D stereo headsets stayed right on my head. John said that this was because my big ears fit neatly into the cups, but I say they’re so well designed, they’d stay on anybody’s head.

We had to wind our way between ARSAs and various towers before we arrived at Corona Airport, and throughout the flight, in spite of the fact that the Navion was fairly noisy, because I was wearing my Flightcom headset, I didn’t miss a single word — both the headsets and the intercom worked flawlessly, producing crystal clear sound, with zero background noise. I was impressed. I found myself wishing I’d owned a Flightcom back then when I was flying Texans.

The feature which especially interested me was the digital clearance recorder. This is a one megabyte voice memory card which provides 32 seconds of digital recording with multiple instantaneous replays of tower instruction or verbal checkpoints stored by the pilot.

The Flightcom Hid intercom unit has an excellent squelch circuit, pilot-isolate condition, and a clearance recorder. The latter is worth the cost of the entire unit.

As we transitioned from one ARSA to another, I engaged the recorder, and was able to get instant replay; in fact, you can play a message or announcement back, over and over again, and it will remain in the chip’s memory until you record something else, at which time it’s erased. Now remember, this is a memory chip — not an electro mechanical recorder with tape transport — so there are no moving parts on this one.

Riverside Tower was “manned” by a lady controller with a very lovely voice, so John and I played that one back over and over again, trying to imagine what she looked like. The unit which was delivered to us for testing had all the goodies with it. Also included was the module, so that the rear seat passengers could also be part of the conversation.

The Flightcom has many interesting features, one of which is a redundant battery system. You install two nine-volt batteries, and as the unit is connected to aircraft power via cigarette lighter connector, the unit senses which battery has the most voltage left, and it switches its source automatically to that battery.

The electronic system features instant muting to prevent extraneous entertainment programs, like stereo music, from interfering with aircraft communications. You can also switch instantly to “pilot isolate” for direct connection to the aircraft radio. The Flightcom 3D utilizes a state-of-the-art squelch circuit for unparalleled hands-free operation.

It prevents background noise until you speak, and then communicates quickly and distinctively, including the very first syllable. Now you can speak in a normal voice and be heard clearly every time. Normal radio use is not affected by this intercom. Pilot and passengers will always hear the radio without intercom interference.

No need for passengers to stop talking while pilot/co-pilot are transmitting. You transmit by simply pushing the yoke switch associated with the headset. Common eight-ohm consumer headsets may be used without harming or affecting intercom performance.

The quality of the headset is as high as that of the intercom. A recent independent test of many different headsets revealed that the two top high-quality headsets on the market today are the David Clark Model H10-40, and the Flightcom 4D.

The much-lower-priced Flightcom 4Ds headsets were also stereo. The plugs of the headset are chrome-plated brass with double-shot molded strain relief. The shielded cable also has a nylon reinforcing strain relief at each wire. An attached switch allows the unit to be switched from stereo to mono, for entertainment system compatibility. 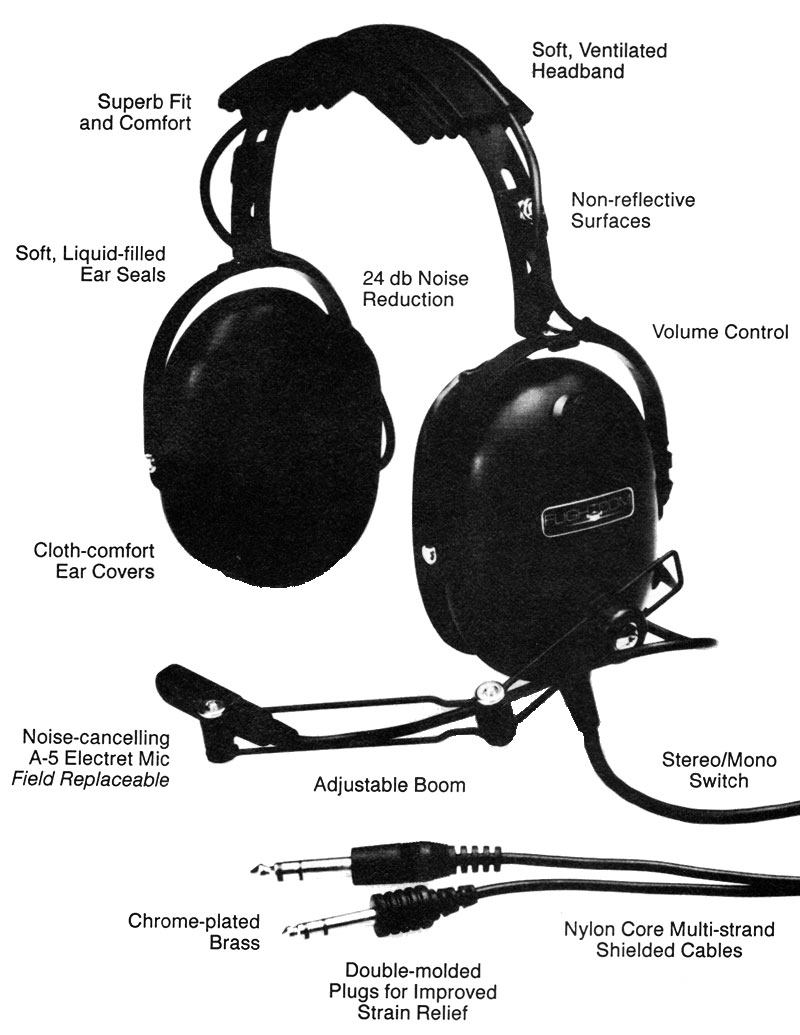 The Flightcom Model 4D headsets have a non-reflective mat finish, are comfortable, reduce cockpit noise, and are stereo. 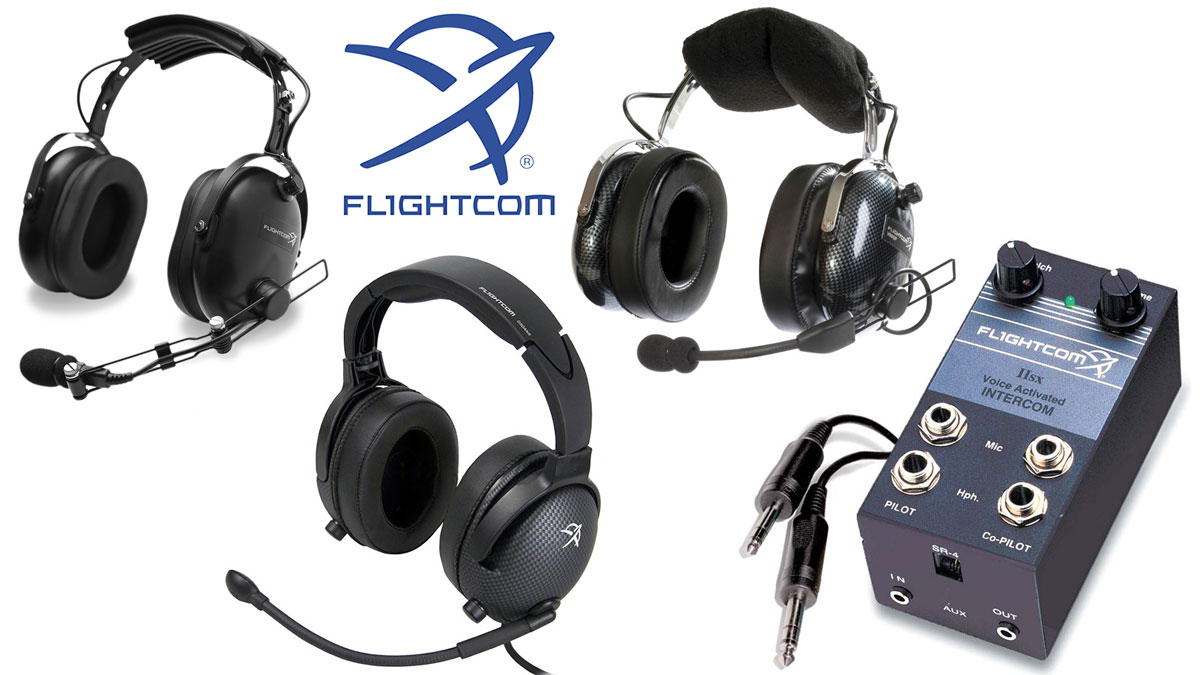 Be the first to comment on "Flightcom Headset & Intercom"