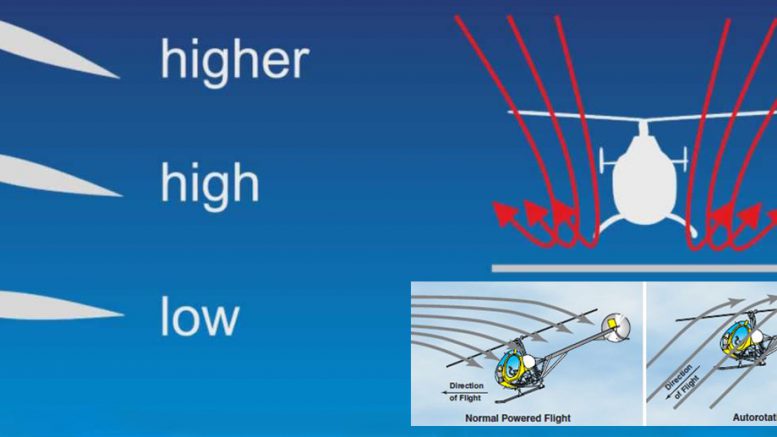 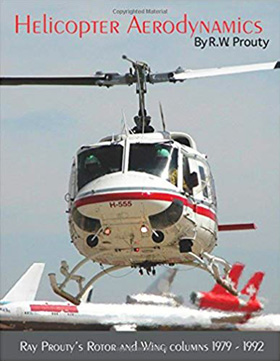 If you have questions about how helicopters fly, what each part does and why it was designed that way, I highly recommend both of these books. Much of the material presented is also applicable to autogyros.

Mr. Prouty spent the last 35 years preceding his retirement (in 1987) working for many of the major helicopter manufacturers. He also authored the Aerodynamics column in Rotor and Wind International magazine. The magazine itself is directed at the professional helicopter market.

These two books are a compendium of Mr. Prouty’s columns from 1979 through 1987 (132 chapters and 29 chapters, respectively). Both books are organized into three sections: The Basics, Helicopter Piloting and Helicopter Engineering. I have chosen one chapter from each section to illustrate the topics discussed.

The first item discussed is trim conditions. This includes rotor thrust, rotor tip path tilt, fuselage altitude and other factors. Mr. Prouty notes that the pilots ability to hold a helicopter in trim during forward flight is greatly assisted by effective stabilizer surfaces and has an effect on total power consumption.

The discussion next moves on to power consumption. The power required to fly is dependent on losses caused by induced drag, profile drag, H-force drag, parasitic drag and miscellaneous drag.

The bottom of the bucket (least power) in the middle of the speed range. The discussion then turns to optimum speeds. These speeds are of great interest to you as pilot: maximum climb rate, minimum sink rate, maximum glide distance, maximum loiter time and maximum range. Mr. Prouty provides a nice explanation of what each is used for, how to calculate it from the bucket curve and how to compensate for head and tail winds.

From the Helicopter Piloting section, Stretching the Glide.

This chapter discusses how to autorotate the furthest under varying conditions of weight, rotor RPM and altitude. Mr. Prouty makes the point that different conditions produce a wide range of optimal airspeeds and rotor RPM’s. He also points out that on most helicopters, autorotative performance improves with weight.

From the Helicopter Engineering section, Horizontal and Vertical Stabilizers.

Why do we add horizontal and vertical stabilizers to aircraft? To make them more stable and improve their flight characteristics.

In the very early days, stability of aircraft depended upon the pilot’s skill. However, the early designers were quick to realize that this was not an optimal situation. Hence, almost all aircraft since have had stabilizers.

Stabilizer design for rotary aircraft has to take into account all of the flight requirements of a helicopter, which include hover, normal flight, autorotation and tail rotor interference.

This is why a Bell 206 has a highly cambered upside down horizontal stabilizer. And this is why most helicopters have very different tail sections. And as often as not, the final tail configuration is finalized by trial and error as much as by design.

Every chapter covers one specific topic and relates it to why it is important to you. To take one final example, Mr. Prouty takes a look at emergency avoidance. In this situation, a pilot finds himself face to face with some power lines.

So what is the best way to avoid them? Pull up, push over or turn? As it turns out, the pull up is the best maneuver and will not break anything because the rotor system is self limiting on how many G’s it will pull.

A very useful thing to know, don’t you think?