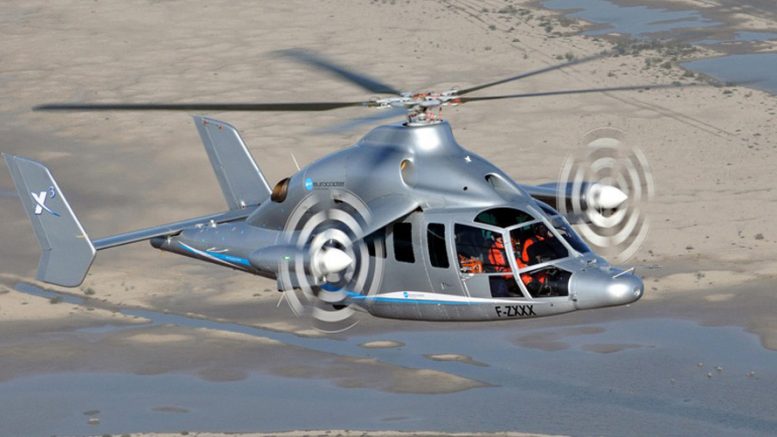 The X3 looks set to break all records in the rotorcraft world… but much more importantly, what’s it like to fly?

Herve is the test pilot for the X3, Eurocopter’s innovative new design project: “When we started developing the X3 rotorcraft demonstrator it was a bit of a SkunkWork scheme within Eurocopter. It was a small team from the design and flight test departments put together, so Daniel and I were in from the start.

“When it comes to flying the X3 it’s different in the fact that there is an extra control, which is there to power the propellers. When we designed the prototype we had to decide on how we were going to integrate this extra control, we chose to incorporate it as a trim on the collective so the pilot can fly hands on.”

“The principal was to make sure that the X3 rotorcraft had the same flight principals as a ‘normal’ helicopter. In hover, it is no different to a normal EC135. For any helicopter pilot, taking off and transitioning to hover is quite easy it has the same collective yaw, pitch and roll.”

“The difference comes when transitioning from hover into forward flight, instead of tilting forward as you would normally, you just apply power on the new control. It’s a very natural way to accelerate. You maintain the pitch attitude and you just speed up whilst staying on the same trajectory, it’s different, but intuitive.”

“As soon as you transition into forward flight the X3 rotorcraft behaves like a fixed wing. The transition is very rapid, as soon as you exit the ‘real’ hover phase The beauty of this aircraft is in transition the X3 isn’t in a critical phase. You can go back and forth between the two.”

“When we finished Phase One we had reached 180kt. It wouldn’t be diff cult to go faster. We achieved our current speed target really easily but now we have to push the flight envelope to asses the qualities.

Daniel 6 the Fight Test Engineer ‘The best way to compare the X3s speed is like driving a very powerful car.

It’s amazing because you can’t do this with either a helicopter or fixed-wing – except maybe a fighter jet. The first time we flew it, we were surprised by how powerful it was. We’re still learning ourselves about how the aircraft will behave and what its unique capacities will be.

“For example we know the X3 rotorcraft can go from zero airspeed to 40° attitude pitch and hit 80kt almost straight away – and the acceleration is very steady all the way to the ceiling, the vertical speed is between 4-5000fpm.”

It really pushes you into the back of your seat. “On descent you can maintain 30° of pitch with the propellers in reverse and it will descend at 500 fpm at 80kt without increasing the speed.”

“As it is a demonstrator, it’s an opportunity for us to have a test-bench and understand what will happen, what the rules will be when you fly this kind of aircraft, and a great chance to see how special this new type of aircraft actually is.” 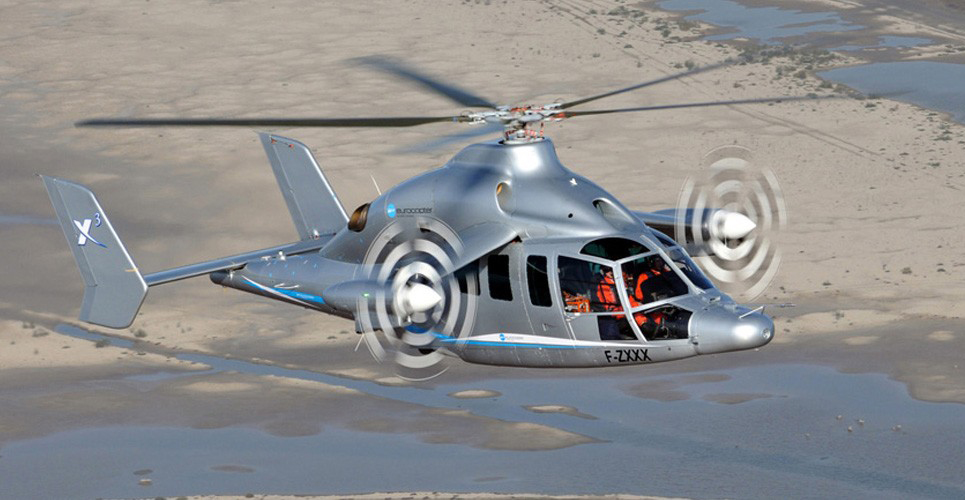 Be the first to comment on "Record Breaking X3 Rotorcraft"