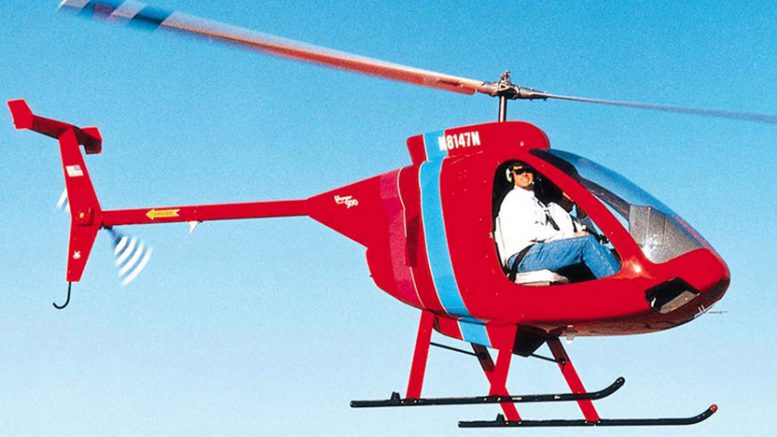 The Voyager-500 two place helicopter, manufactured by Revolution helicopter Corp, Inc. (RHCI), has undergone significant improvements in some of its major components. “RHCI has found it necessary to redesign a few components to ensure their serviceability. This was accomplished at no additional cost to the customer,” said Dennis Fetters, RHCI President. The improvements made on the Voyager-500 were:

“Because of the tremendous amount of torque we are experiencing from the new US Airpower engine, we have elected to redesign the airframe to better handle the amount of horsepower being transmitted through the system,” said Mr Fetters.

This new helicopter airframe allows for a six-inch shorter landing leg system, making it easier to enter and exit the Voyager’s cabin while still retaining aesthetics and aerodynamic efficiency. The centrifugal clutch is mounted separately from the engine to the airframe, and is now driven by elastomeric couplings, which further reduces power pulses and normal related engine vibrations.

It has been designed to eliminate any metal-to-metal contact from the drive spindle to the centrifugal shoes. “We use six special neoprene isolators that eliminate the power pulses, reducing the amount of vibration to the drive system,” said Mr Fetters.

The exhaust has been modified from a single canister silencer to a dual resonating silencing canister system, cutting the decibel output in half.

The Voyager-500 helicopter sells for only $52,500 and comes with the following standard equipment:

In a significant development for RHCI, the Transport Canada Civil Aviation, issued a Special Certificate of Airworthiness – Amateur Built – on august 1998 for the Mini-500 and placed it on the Canadian Aircraft Register.

The evaluation of the helicopter type has been completed in accordance with Airworthiness Manual Advisory (AMA) 549.201. “We provided many documents to support the safe history of the kit built Mini-500 helicopter as well as details of design and manufacturing characteristics that were required by Transport Canada civil Aviation,” said Dennis Fetters, RHCI President.

The certification was based upon thorough inspections of a completed Mini-500 helicopter in Canada, and examination of all supporting data, manuals and documents regarding the aircraft.

At this time, there are over 15 Mini-500’s in Canada. “Sales of the Mini-500 helicopter kit in Canada have been increasing since the Certification was obtained,” Mr Feters commented.

The Mini-500 kit built helicopter has proven its way in the game capture business operation for herding wild animals in Southern Africa since 1997.

Mr Mike LaGrande, owner of Game Management Africa in South Africa has been using his Mini-500 helicopter to herd wild animals into a series of pens where the animals are loaded up into a truck. “The relatively low operating cost of the Mini-500 helicopter has resulted in my operation remaining very competitive, particularly considering the dwindling number of animals per capture,” said Mr LaGrande. 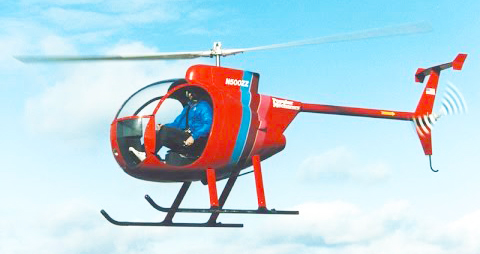 “Hovering the aircraft at 50 ft. above the herd, Mr LaGrande flies just in and out of transition right above tree top level, trying to stay downwind while skilfully nudging his prey towards the invisible gates of the boma pen,” said A J Marting, RHCI Distributor for South Africa. Boma captures essentially involves constructing a very large (about 500 ft long, 200 ft wide and 8 ft high) temporary enclosure in a spot carefully chosen to herd the wild animals into it with the Mini-500 helicopter.

“Many factors will influence the accomplishment of the capture operation and a great deal of experience is necessary for maximizing chances of success,” said Mr Marting. Mr LaGrande has developed a technique of driving the animals very gently, moving the Mini-500 helicopter slowly behind the herd in a pattern dictated by his uncanny prediction of what the animals are going to do next.

“My challenge is to keep them together and as calm as possible to obtain a low or zero post capture mortality rate,” said Mr LaGrande. “On a good day several drives will be made in the morning before the day heats up, and a few more in the evening,” LaGrande continued.

Mr LaGrande completed his first full capture season in 1997 with his Mini-500 and he is very pleased with how the helicopter has performed. He upgraded his Mini-500 helicopter to a Rotax 618 engine and installed a super-tuned exhaust system to further enhance its performance at altitude. “We successfully completed a capture at 5,300 ft and at 86 degrees F. (Approximately 8000 ft. density altitude) during the later part of the season,” said Mr LaGrande.

With more than 20 years of game management experience, Mr LaGrande and his team of 22 men are contracted to capture and re-locate wild animals to other locations. Special purpose built vehicles are required for the capture and transportation of the wild game. The capture season is generally during the cooler winter months from about April to October and LaGrande’s work takes him and his team all over Zimbabwe.

“Mike has seen the potential in involving tourist in the game capture activities and has been actively involved in negotiations for quite some time in setting up the necessary infra-structure to facilitate tourists to be allowed to participate and experience the capture of wild game, first hand,” said Mr Martin LaGrande hopes to have the new Game Capture Safari operation going in 1999. 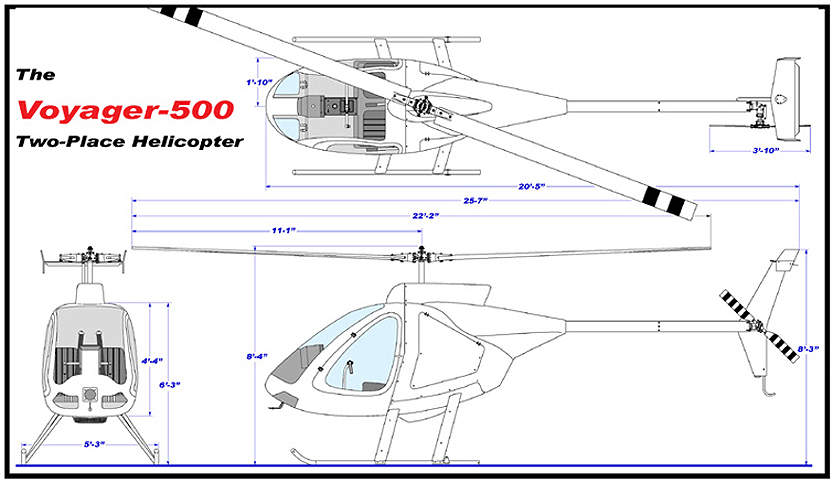 RHCI has introduced a new kit, the Mini-500 Talon helicopter, featuring the new Mast Support System, which facilitates 1-per-rev adjustments and reduces the 2-per-rev vibration levels. This system has greatly increased the stability of the rotor disk making the aircraft much easier to track and balance, and less susceptible to going out of track and balance.

Main rotor Blade Trim Tabs – Provides the operator with a better in-flight dynamic balance adjustment without causing a large disturbance to any previously made hover corrections. Trim Tabs can also be adjusted to help neutralize collective stick pressure in a hover, and to reduce vibration in forward flight.

New Hub Plates – Change the teeter height of the pivot bearing causing the vertical vibration at the nose of the helicopter to decrease by approximately 24%.

New Belt Tensioning – Allows the belt to maintain a constant tension under varying power loads or changing temperatures, makes belt tracking easier and provides the proper belt alignment. Vibration is significantly reduced through a dual spring tensioning device. It allows the helicopter engine to vibrate naturally, and not pulse in opposite directions from the belt tensioning point as before.

The Mini-500 Talon also incorporates all the latest upgrades and improvements the Mini-500 has experienced throughout its years of operation.

Additional features of the Talon helicopter include:

New Transmission Lower Preloads – Reduces internal friction and drag, allowing for the horsepower saved to be used for lift instead.

Be the first to comment on "Revolution Helicopter Voyager 500 Improvements"