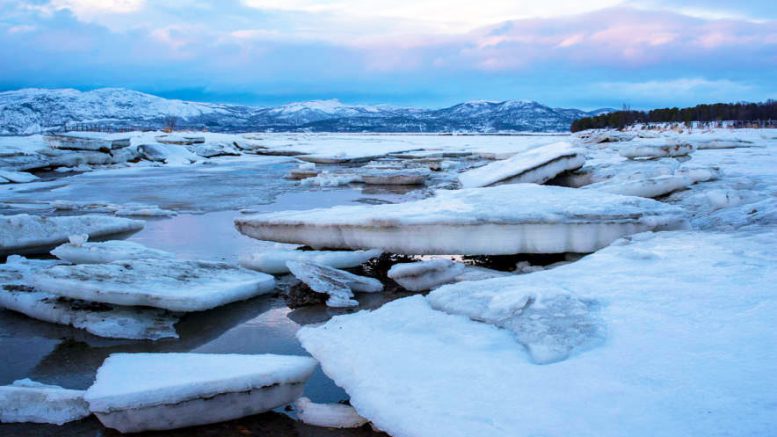 The Baby Belle helicopter (now known as the Safari Helicopter) again proves its rugged dependability in the hostile climactic conditions of northern Ontario. 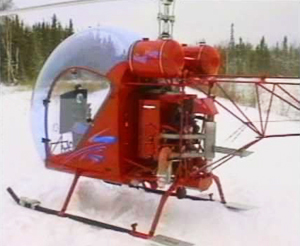 On Tuesday night, November 11, 1997, about 9:00pm Ontario Provincial Police Sergeant Stacy Whaley called Canadian Home Rotors, Inc. (CHRI). His purpose was to solicit assistance for an emergency mercy helicopter flight to a trapper on a trap line 80 kilometres into the bust to 50 degrees N- 92 deg. 20″ W.

All float planes had been pulled out of the lakes already as freeze over was imminent, and skis could not be used till the lakes were well frozen. That meant that only a helicopter could get to those needing emergency assistance and the OPP chopper was not available.

Reaction was immediate, as the need is never questioned at CHRI when the police call for help. Within an hour flight plans were finalized with a takeoff time set of 9:00 am the next morning. Overnight an itinerary for action was set down, to allow for safety of people and aircraft. Helicopter CFI and Chief Pilot, Mark Richards was in charge of preparation of flight needs. 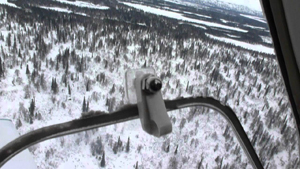 An auxiliary ground crew would take a wilderness road part way to supply extra gas for the helicopter, should a lengthy search be necessary and a snowmobile, if needed. Since landing near the trapper’s cabin was unlikely, a ‘message in a bottle’ was fashioned that connected to the cargo hook release on the Baby Bell helicopter. The bottle was florescent green and had a set of bright yellow steamers set to unroll when the bottle dropped. The message is shown in the box.

Your wife is in the hospital in Winnipeg, Manitoba. Condition serious. Sergeant Whaley of the OPP has asked us to contact you and bring out to Ear Falls. I will land at your dock at your cabin.

Staff at Canadian Home Rotors, manufacturers of the Baby Belle helicopter kit, dedicated their activities to preparing for the trip. All machinery was double checked; winter clothing laid out and spare clothing packed; containers of aviation fuel, oil, and truck gas was loaded; tools, GPS units, portable radios, ELT and survival kits were located; spare truck batteries, booster cables, snow shovels, and a wide variety of other safety gear were all loaded into either the helicopter or the four wheel drive truck.

Departure was on time and all that the factory personnel could do was wait till they heard from either the backup ground crew in the truck or Mark Richards in the Baby Belle helicopter. Weather conditions were overcast and very cold. Temperatures were in the range of -10C, +14 F. Not to be taken lightly. 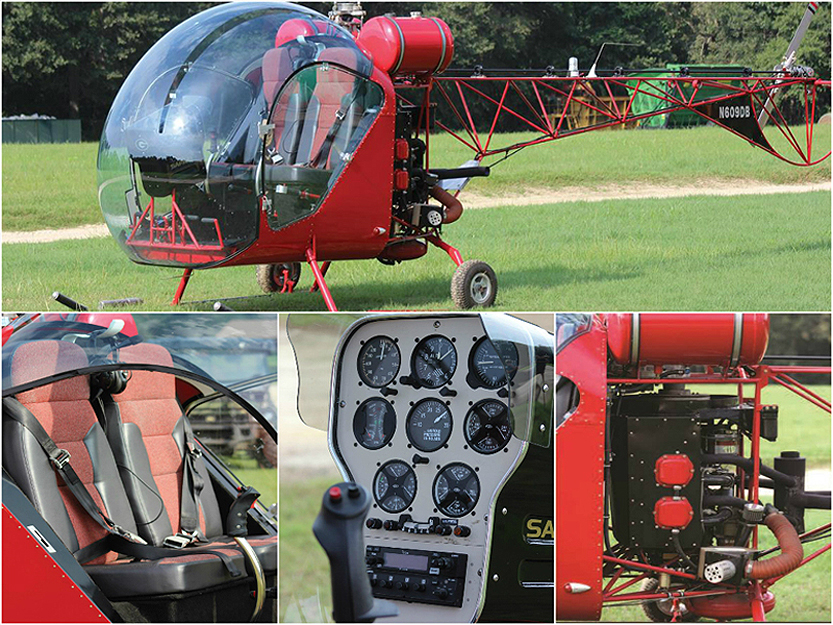 At 12: 30 PM, the red colored Baby Belle helicopter was heard landing at the CHRI factory. Mr. Pachke, thankful for all the help he had received, called his family for travel assistance to Winnipeg. CHRI reported to Sergeant Whaley and Staff Sergeant Mark Andrews of the OPP on the successful completion of the trip. Canadian Home Rotors wishes to extend our best wishes to Louie and his wife.

The emergency trip was completed expediently and with minimal delay, largely due to thorough planning and the well known reliability of the Baby Belle helicopter, a proven cross-country helicopter designed for serious work and play.

Canadian Home Rotors and their Baby Belle helicopters will continue to be available to police for emergency rescue operations in Canada’s North. Murray Sweet, President of Canadian Home Rotors, says “Beauty is not only skin deep. It’s what you have for components that counts, when you fly”. The Babe Belle is a tough, dependable beauty with many certified components you can rely on. 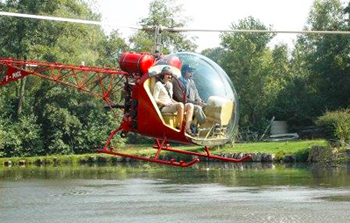 Canadian Home Rotors announces production of a new helicopter model. The rotorcraft crowd at Oshkosh ’92 fell in love with the Canadian Home Rotors demonstration helicopter and dubbed it the Baby Belle due to its familiar appearance. The rugged steel tubing frame design uses the same proven components as their fully enclosed EXCEL 200 helicopter.

The tailrotor gearbox is driven by a steel tube driveshaft from the main transmission gearbox. The tailrotor blades are stainless steel and the main rotor blades feature all aluminum construction. Corrosion protection is standard using electro-less nickel for the steel parts and anodizing the aluminum parts.

Power is from an 0-320 Lycoming aircraft engine giving EXCEL-lent reliability and low maintenance. 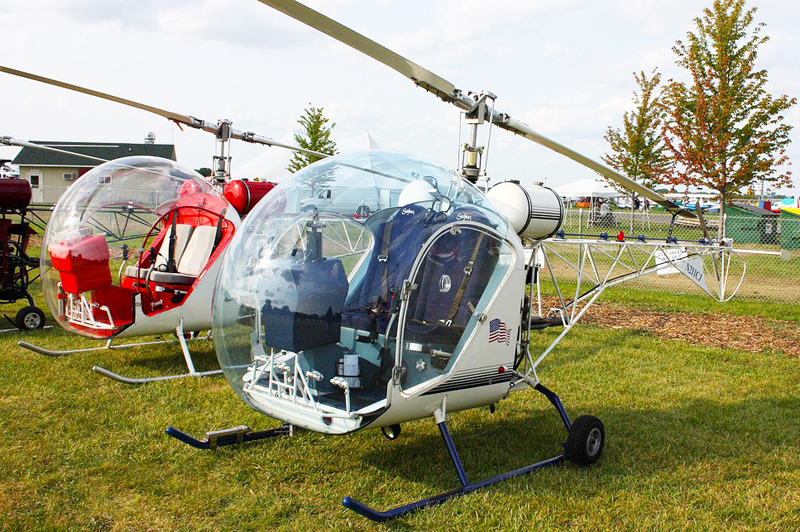 FROM THE NEWS DESK (2011): SAFARI KIT HELICOPTER – www.acehelicopter.com Safari is now offering a Power Flow Systems tuned exhaust for their ships. Claimed improvements are: +5mph in cruise, 1’ to 2” increase in Manifold Pressure, CHT is down 5 10º F, with a 0.5- 1.0gph fuel economy gain.

The exhaust for the 0320 is priced at $3725USD with the one for the 0360 is $3925. There is no doubt that this is an improvement over the old stock exhaust. I asked the PowerFlow folks if there are any dyno runs on an 0320 before and after the new system usage.

Their reply indicated there was one run, but they felt the dyno runs weren’t as reliable as a before and after run on an actual aircraft. The above specs were taken on a Safari. This is understandable as I know of another helicopter with an engine having a 200hp dyno run that can’t quite compete with a similar helicopter having less than 160hp on the dyno.

The CAFE report that tested tuned exhausts for the 0320 showed significant power improvement. This is a highly recommended reading for anyone seriously interested in engine capability and performance.

What next Safari? Maybe the intake manifold. There maybe another 0.5″ manifold pressure improvement plus a better balance on the fuel distribution. This in turn could lower the CHT some more.

The new exhaust modification will certainly improve their already superior altitude performance. (In 1978 or 9, I hovered mine at 8300 density altitude with 1/2 tank gas, 180lb pilot and was almost out of the ground effect still having some horsepower left). 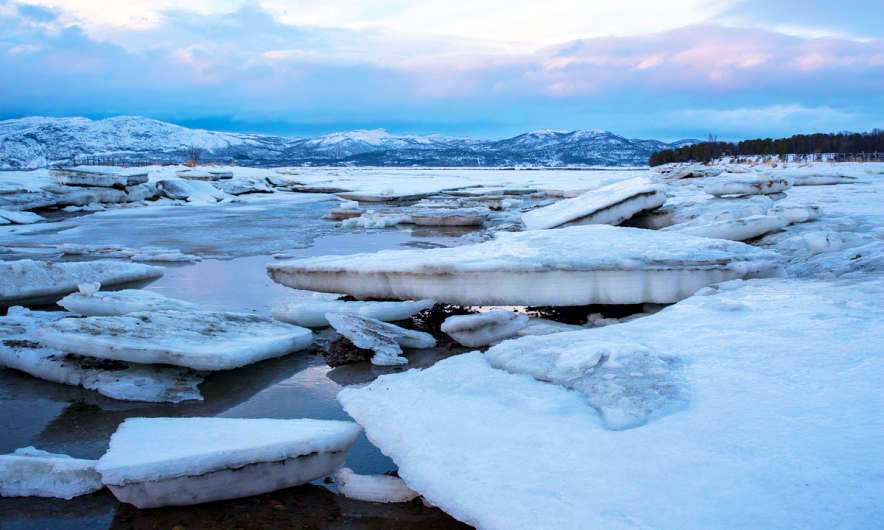 Be the first to comment on "Safari Helicopter Emergency Mercy Flight"