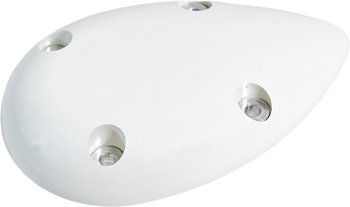 Price: $813.30
As of 2020-08-06 07:16:03 UTC (more info)
Product prices and availability are accurate as of 2020-08-06 07:16:03 UTC and are subject to change. Any price and availability information displayed on http://www.amazon.com/ at the time of purchase will apply to the purchase of this product.
Availability: In Stock
Click and Choose Options
In stock. Usually ships within 2 to 3 days.
Product Information (more info)
CERTAIN CONTENT THAT APPEARS ON THIS SITE COMES FROM AMAZON SERVICES LLC. THIS CONTENT IS PROVIDED 'AS IS' AND IS SUBJECT TO CHANGE OR REMOVAL AT ANY TIME.

With so many on offer today, it is good to have a make you can trust. The 1 Pc, Xm Satellite Antenna For Garmin, Avidyne, Heads Up Technologies, And Weatherworx Weather Data Systems is certainly that and will be a excellent purchase.

For this reduced price, the 1 Pc, Xm Satellite Antenna For Garmin, Avidyne, Heads Up Technologies, And Weatherworx Weather Data Systems is highly recommended and is a regular choice amongst most people. COMANT INDUSTRIES have provided some great touches and this equals good value.

The CI 420-1 is a stand-alone XM approved antenna that operates with Garmin, Avidyne, Heads Up Technologies, and WeatherWorx weather data systems in the popular teardrop shape. This same antenna will also operate popular XM based music systems. This antenna has been tested under the most rigorous conditions as outlined by RTCA DO-160D. Matches footprint of Garmins GA56, Honeywells KA92 and Comants CI 405 Series. This unit is PMA'd. See below for non-PMA'd but WARRANTED versions (CI-420-10, CI-420-16). Reason for non-warranty: "The CI 420-1 is manufactured with an SMA connector which many installers are not familiar with. They may have a tendency to over-torque the coaxial cable connector to the SMA, breaking the solder joint inside the antenna thereby rendering it useless. After providing many warnings yet still receiving an inordinate amount of returns because of this issue, Comant now offers this model without warranty. Normally the model would have been made obsolete and replaced with a similar unit but the CI 420-1 is covered by PMA, which many installers find useful. Comant offers two other models not covered by PMA but which use the more standard and robust TNC connector. These models are the CI 420-10 (mostly for Garmin GDL69) and CI 420-16 (mostly for HeadsUp systems). Comant is working to obtain PMA on these models but, to date, has not received this FAA authorization. However, the CI 420-10 is standard equipment on all Cessna Single Engine aircraft and has been so for 3 years."