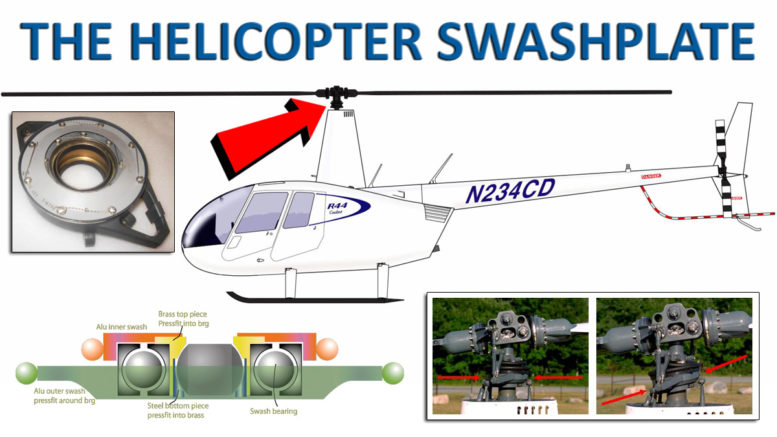 …an inclined circular plate on a rotating shaft for transferring force and motion to or from parts reciprocating in a direction parallel to the axis of shaft rotation. 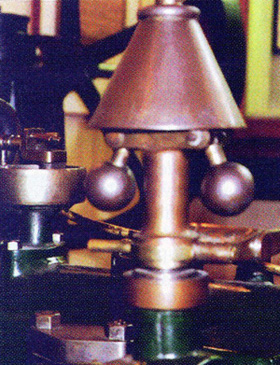 Before Spaniard Juan de la Cierva invented the flapping hinge and gave us the rotor design used on most early helicopters, he had built three unsuccessful rigid-rotor autogyros that he fondly called his “ugly ducklings.”

Failures and successes He knew that the asymmetric aerodynamics in forward flight would produce a rolling moment, and in these aircraft he tried three different—but unsuccessful—solutions.

One was a version of cyclic pitch to reduce the angle of attack on the advancing side and increase it on the retreating. But in this application, it could only be set for one value and was thus only optimum at one forward speed.

Cierva says, “My mechanism proved cumbersome and substantially ineffective.” Had he refined it to be adjustable and under the pilot’s control, we might not have flapping hinges today. Other people made cyclic pitch work on early helicopters. It is not easy to know who should get the credit.

According to one reference, Yur’iev proposed it in Russia in 1911. Pescara had it on his coaxial helicopter of 1923, and Baumhauer patented the system in the Netherlands in about 1925. 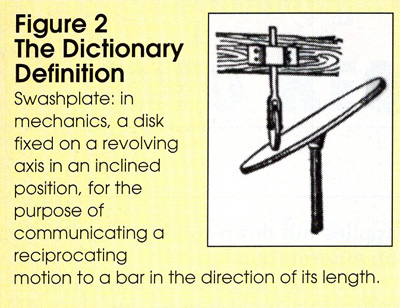 The key to cyclic pitch is the swashplate. Long before helicopters were imagined, it was used where a transfer of sliding motion was required between stationary and rotating components.

One early application, patented in 1788, was in the Watt flyball governor that introduced the age of automatic feedback control (Figure 1). Here it may be thought of as a “collective” system. The centrifugal force of the balls is restrained by adjustable springs.

The ball position is transferred to the steam valve and keeps the engine speed at the desired value independent of the power required. (Going “balls out” means going fast.) Simple governors on turboshaft engines still use this system.

For producing cyclic motion in machinery, the plate was tipped. Figure 2 shows a dictionary entry. Most modern helicopters use swashplates with both collective and cyclic features. 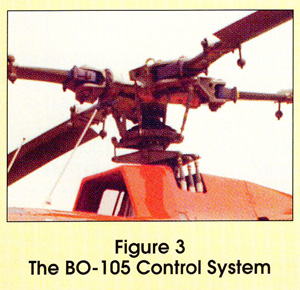 Although Cierva knew about cyclic pitch and had proposed using it, he never got around to applying it to an autogyro before his death in an airplane crash in 1932.

He preferred to stick with the proven “direct control” system in which the pilot tilted the rotor hub on a gimbal to direct the rotor thrust vector for pitch and roll control. Others, however, did experiment with cyclic pitch on autogyros with flapping blades.

They included Hafner and Kay in England and Kellett in America with his XK-3. Further development of these was stopped by World War II. Igor Sikorsky knew about cyclic pitch and initially tried to use it on his VS-300.

He may have been a genius, but he was a hard-headed genius. He had been building airplanes for a long time and knew that if you wanted to roll to the right, you decreased the lift on the right wing and increased it on the left. 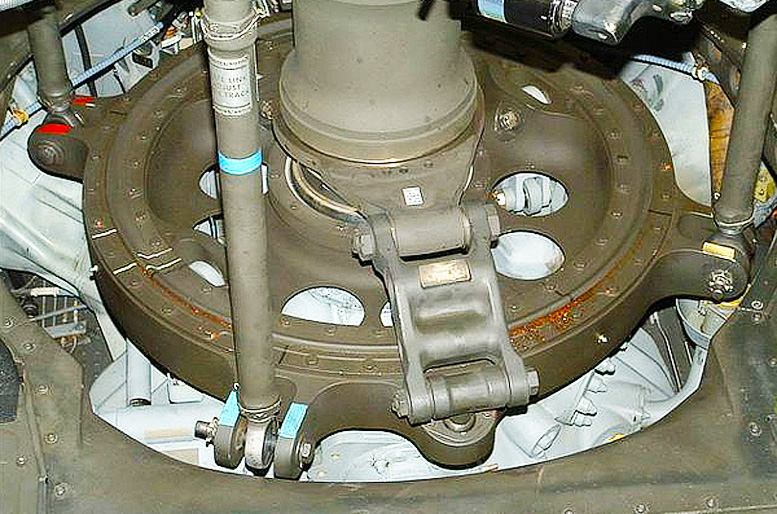 He therefore “knew” that this should also work on a rotor. He held to this belief in spite of being told about the 90° displacement between input and output on the rotor by others on his staff—including his cousin Igor A. Sikorsky.

Thus the original VS-300 was misrigged by 90° and was impossible to fly. To solve this dilemma, Sikorsky temporarily abandoned cyclic pitch and achieved pitch and roll control with two boom-mounted horizontal tail rotors. 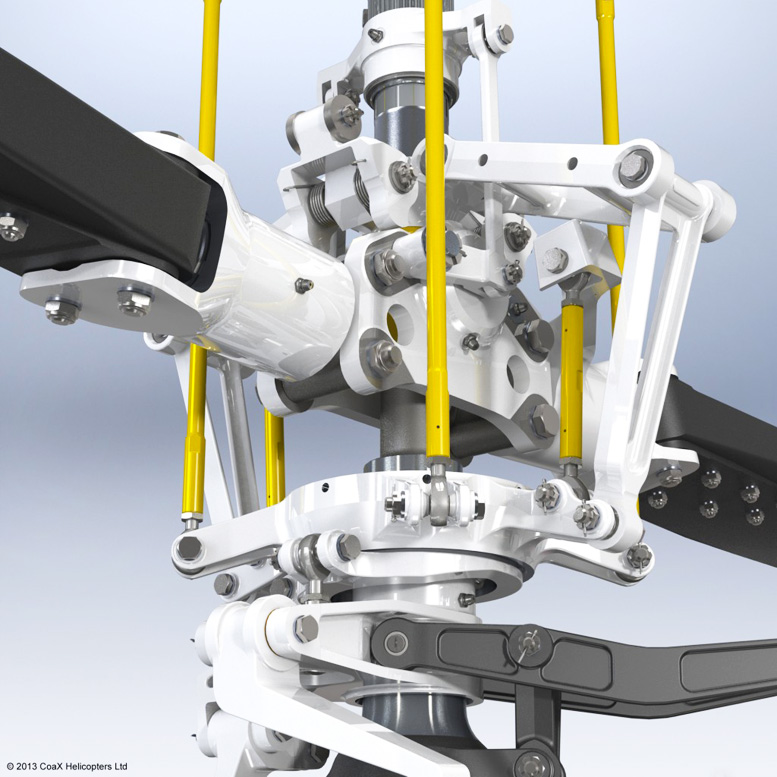 This system flew for about a year until cyclic pitch was cautiously returned, first with roll control and then with pitch. The use of cyclic pitch allows a rotor to be designed without mechanical flapping hinges.

This was demonstrated on a series of autogyros starting in 1939 by E. Burke Wilford and was later exploited by Stanley Hiller on his coaxial design and by Lockheed for its helicopters. Figure 3 shows the swashplate on a B0-105.

Today, the swashplate is universally used, but some people are proposing to eliminate it by producing cyclic pitch at each blade with an electronically controlled actuator. Stay tuned. 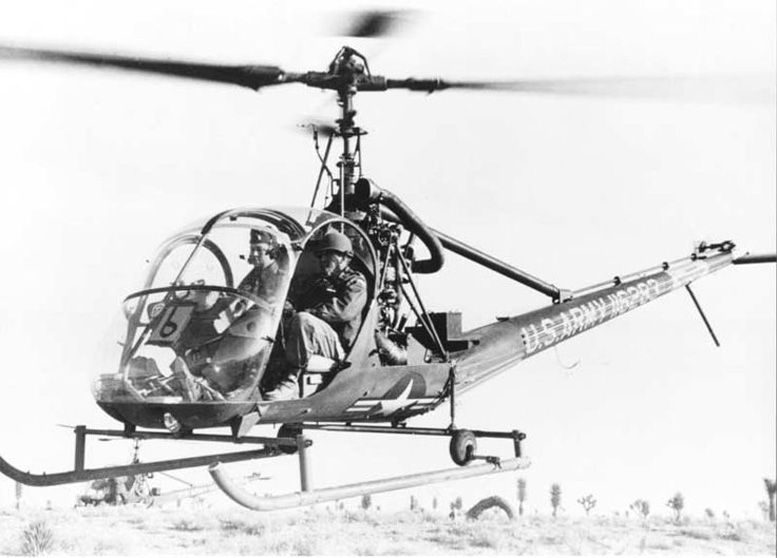 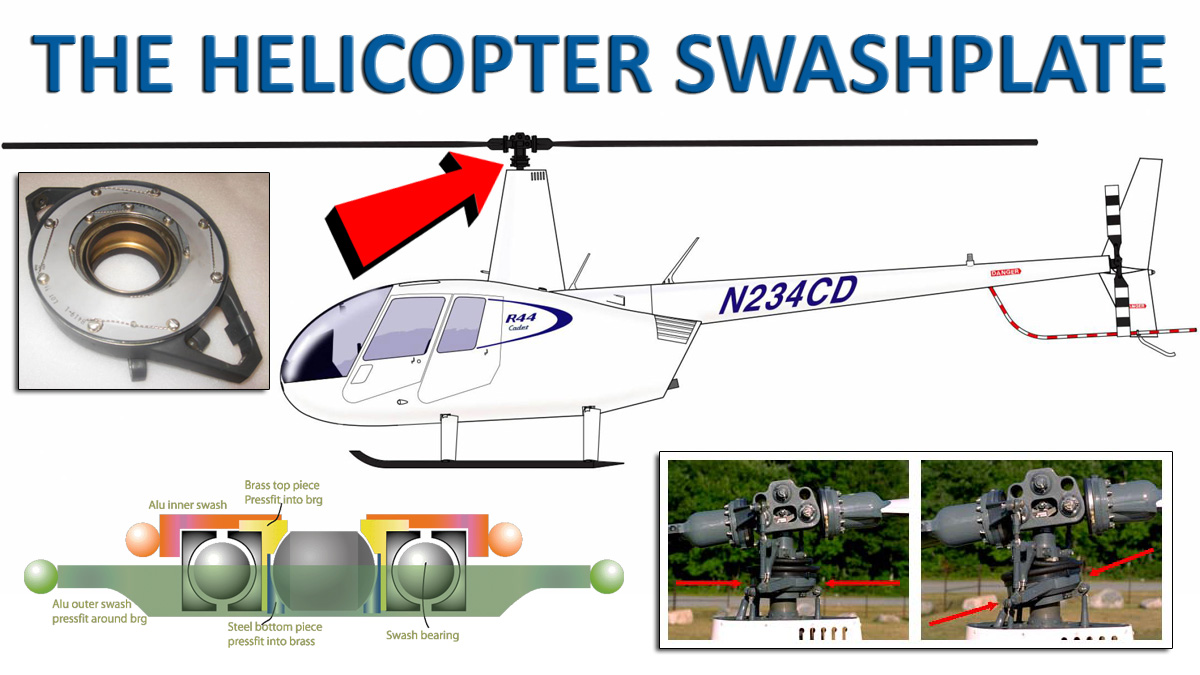 Article Name
The History of Cyclic Pitch & Invention Of The Swashplate
Description
Have you ever wondered what makes a helicopter different to any other aircraft? What is it that makes a helicopter a helicopter? The unique flight control mechanism known as the swashplate is the key to it's success.
Author
R.W. Prouty
SHARE TWEET PIN SHARE