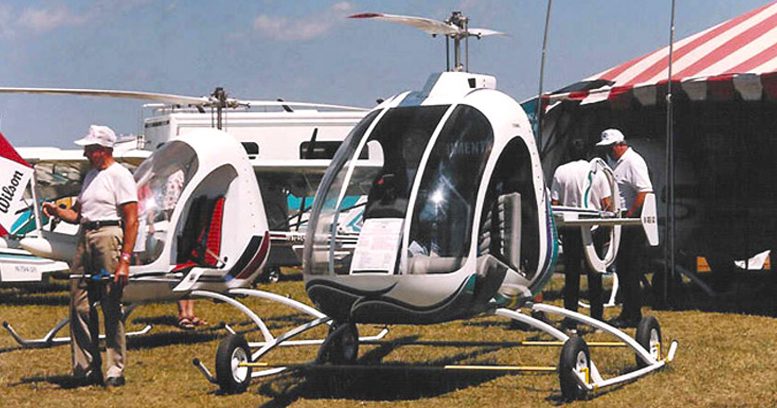 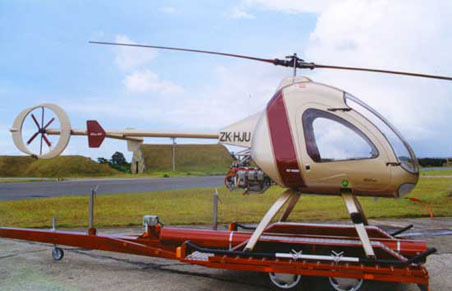 ASI had planned to certify the tiny ship since its conception, so thorough testing and analysis has been documented as the development progressed.

Several new changes have been implemented since the ship’s first appearance at Oshkosh last year. The tail rotor ducted fan shroud has been replaced with a flat shroud because of an anomaly observed during flight testing which resulted in a reversal of stick position as a function of forward speed.

The duct was removed, the tall rotor was moved further aft. And a horizontal stabilizer was installed to provide more download as forward speed increased. The tail boom will also be raised 6 inches on the production ships to provide more ground clearance. 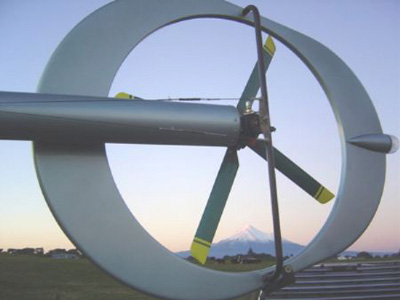 The UltraSport helicopter has been flown with both Rotax 503 and Hirth 2703 power plants. A very peaky torque curve was observed on the 503 versus a more flat curve with the 2703. As a result of thorough flight-testing the Hirth is the engine of choice since the broad torque curve reduces the pilot workload.

Another change is tail rotor shaft couplings with a higher torque handling capability. All of the above mentioned changes are a result of ASI’s extensive flight-testing program.

Still another change made by ASI is to offer the Ultrasport 254 and 331 as a kit only. It was originally intended to offer the 254 as a complete ready-to-fly aircraft but after discussing the product issue with their insurance company and legal staff it was decided to offer kits only.

The UltraSport 254 and 331 helicopter kits will meet the FAA 51% rule and are designed to be assembled with simple hand tools in 60 hours or less.

There is very little difference in the Ultrasport 254 and 331 ships. To upgrade the ultralight model 254 ultralight helicopter or 331 kit helicopter involves adding doors, a 10-gallon fuel tank, battery and starter package at an additional cost.

It’s kind of hard to say that these days, after another once-promising Sport Helicopter (manufactured by a company that has nothing to do with American Sportscopter) has so disappointed us, and the rest of the rotorcraft community. I am now very gun shy about making recommendations on sport helicopters, because a goof flying prototype, as flown on a particular day, does not give one much data for the future potential of a design and how ell it will hold up in commercial use.

ZOOM REPORT: To paraphrase a certain Oscar award-winning actress… “I like this thing; I really like it” – beyond the cool and wow-factor, it’s a brilliant piece of engineering!

However, American Sportscopter has a great deal of credibility with those of us at US Aviator. Having been through their R&D facility a number of times, and worked with these people on several occasions, I have found that they have a very low BS threshold and I’ve never one caught them in anything even remotely resembling a falsehood. I trust them. 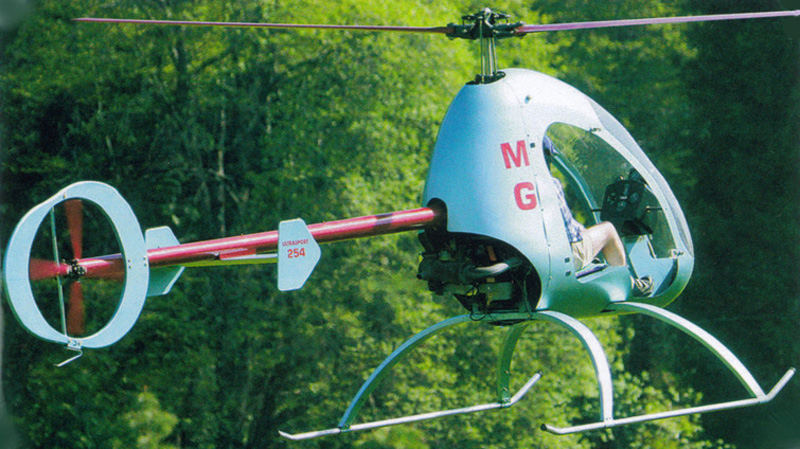 The Ultrasport 496 is a delightful flying Helicopter. It is easy to fly, it is ruggedly constructed, and according to builders of the single and two-place machines; it’s a good kit to build and operate. There are some other ships in the two-place arena that appear to be good values for the sport flyer, and design pedigree that the Ultrasport 496 has, and you have no idea what a soothing concept that can be after watching the sport rotorcraft industry be slaughtered by a bad design.

My only complaint with this company is that they need to do a far better job of communicating what they have brought to this industry… not only for their own marketing purposes but as a standard for others in the industry to try and match. When sport rotorcraft aficionados really understand what is going on at American Sportscopter, I feel that these folks will begin to sell a hell of a lot of product, and in this case that’s a good thing.

So, even though I’m very cautious about this type of aircraft, I feel very confident that the Ultrasport 496 is one of the best sport rotorcraft to be produced for the Sport Plane industry, and we at US Aviator recommend it highly. 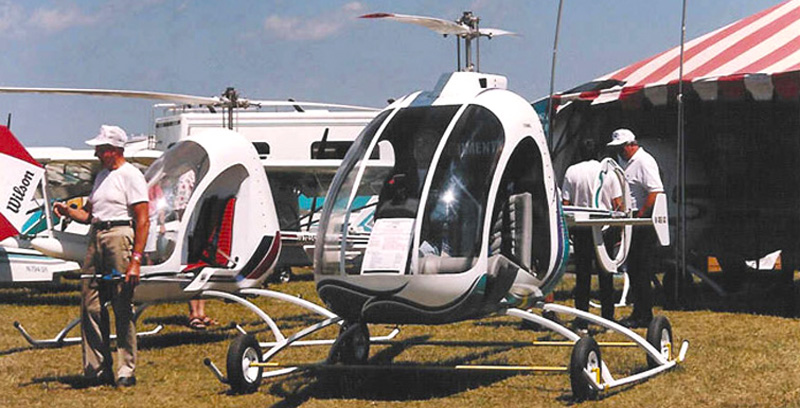 Be the first to comment on "UltraSport Helicopter FAA Certification"