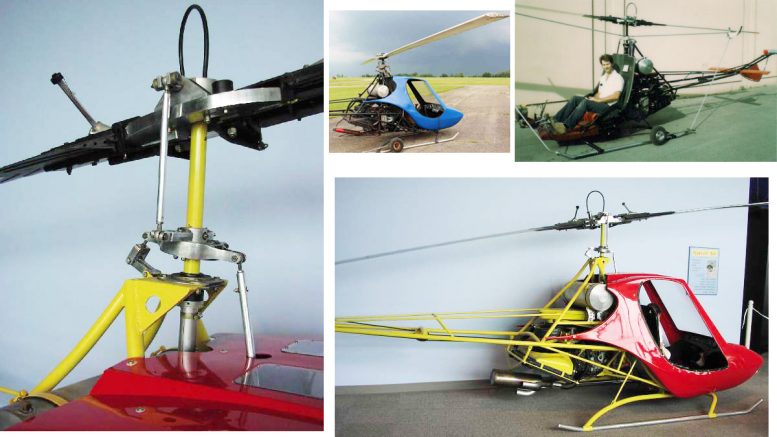 All helicopter rotor systems have one main thing in common, high centrifugal force loads. On the Scorpion, for instance, a 30 lb. blade at 500 rpm weighs over 15,000 lbs. This tensile load applies fantastic pressure to the blade retention and root fittings.

Not only are the blades undergoing tremendous stress, but the rotor hub itself is equally highly loaded. By itself, this enormous centrifugal force, or C.F., load is not so bad. 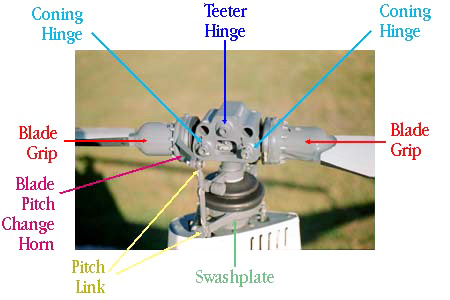 Each rotor blade must freely pitch about a feathering axis during rotation and this compounds what might otherwise be solved by a simple engineering solution. If the blades rotated 360° the solution to our pitching problem would be rather simple, but they do not. They merely articulate within a very small 3° to 5° arc.

Any bearing to which we apply a very high thrust load and then move 500 times per minute throughout a minimal arc, will soon begin to fret and as soon as the races become sufficiently rough, seizure will occur.

In a normal articulated system if one pitch bearing case seizes, within one revolution, the rotor system will self destruct.

In all conventional rotor systems a link from the swash plate connects to the pitch horns on the main rotor blade and as the shaft rotates through a 360° arc, a pitch deflection will occur.

If we could devise a method whereby the rotor blade would no longer feather or change pitch on a one per rev basis, then this problem of centrifugal force could be easily dealt with.

It is noteworthy to point out at this time that the commercial helicopter industry has approached the solution to this problem by developing the elastomeric bearing.

This is a bonded rubber and brass shim unit that can withstand small rotational movements while operating in a very high thrust situation.

Instead of flying the rotor blades by connecting the cyclic control from the inner star of the swash plate directly to the blade pitch horn, we chose instead to fly the hub.

Here’s the difference: The Scorpion swash plate control arm connects directly to an ear off the side of the rotor hub plate. There is no direct connection from the swash plate to the blade pitch horn.

The blades are scissored together just as the foot pedals, so that when the positive pitch is given one blade, the opposite blade responds in like amount and relation to the hub plate. No other movement occurs.

Because of this unique linkage connection, several things happen: 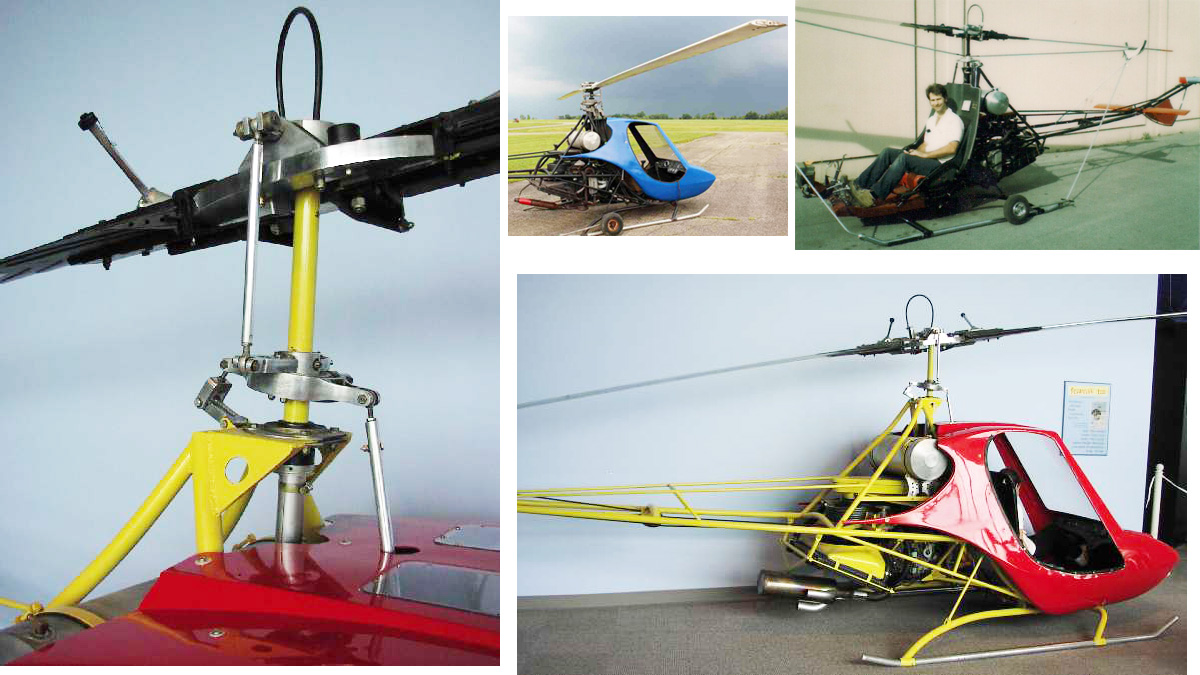 Be the first to comment on "Understanding The Rotor System"