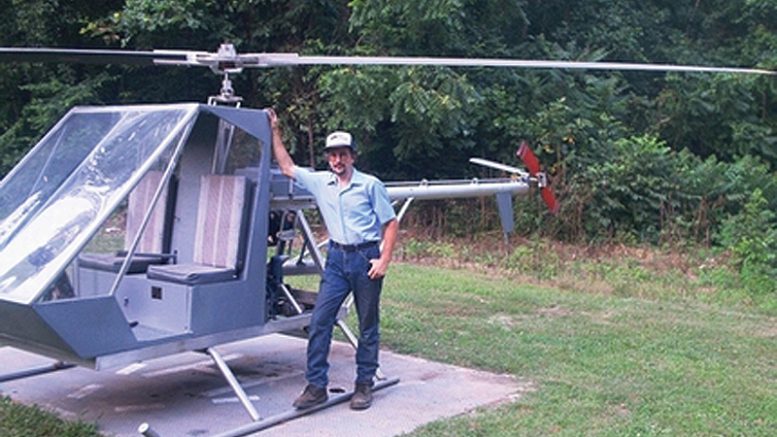 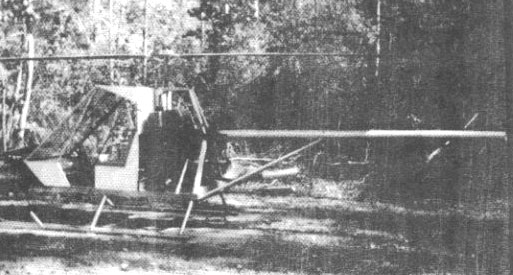 Back when I was in high school in 1982, I designed a two (2) seat sport/test-bed helicopter I called the TH-135 Dusty II. I built a prototype of the Dusty helicopter and registered it with the FAA (N135TH).

The prototype helicopter never really did fly for lack of a good power plant, but did serve as a great learning experience. It sounded good, (like a Bell-47), blew lots of air around and generally annoyed the neighbors.

So as time went along, I met more people and made new contacts in the world of rotorcraft, started a sport rotorcraft club (NCRA) North Carolina Rotorcraft Association, and have built several gyros and helicopter. One is a Adams Wilson Hobbycopter that is now owned by Jack Lenhardt of Lenair Corp. in Hubbard, Oregon. So that is a little of my background.

I decided it was time to redesign the TH-135 Dusty II helicopter and a new prototype was conceived around the Subaru Legacy engine and a lighter airframe. So far I have 40 pages of very detailed step-by-step plans for the airframe alone. The plans have been drawn up on a simple computer graphic program so they can be viewed and printed on a standard Dot Matrix printer. 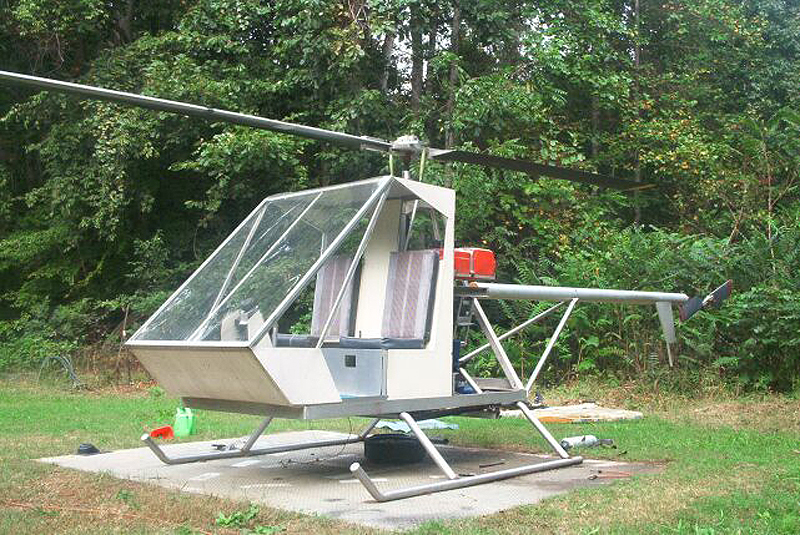 I have spent almost every day for the last two months redesigning the Dusty helicopter plans and I am happy to say that as of Sunday, November 23, 1997, I have the main airframe and most of the cabin frame tack welded together. The main rotor gearbox is a highly modified rear end out of a Model T Ford. It has very strong gears and is fairly easy to find at old junk yards. In fact, I got mine in a trade for some scrap metal!

After a lot of milling on the old “Burke” milling machine I have gotten it down to a pretty fair weight, estimated to be 35 lbs less grease. 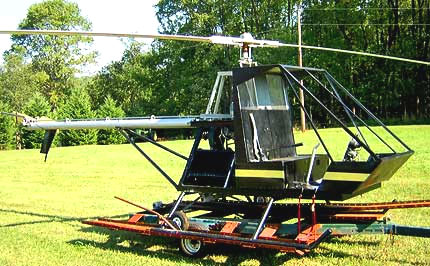 The Dusty helicopters airframe is extremely light weight., constructed of three (3) inch 6061-T6 aluminum channel. The cabin is designed with the home hobbyist in mind for ease of building. All the lines are straight 45 and 90 degree angles. The windshield is of flat Lexan ™. The tail boom has the option of being an open frame braced tail like the Bell 47, or of the tube type like on the Huges 269 helicopter. I have also designed the airframe so the builder can adapt engines and gearboxes of their own choosing 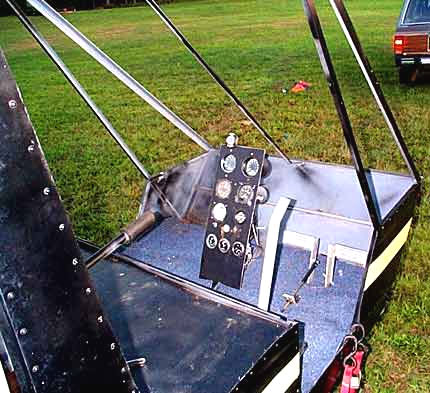 The instrument panel on the dusty helicopter

At present I have a 2 barrel carburetor from a 305 Chevy V-8, but the engine isn’t wanting to take the gas as smooth as I would like. It is running on this carburetor, but I have not had time to really dial it in like I want.

I have built my control mixer for the Dusty helicopters cyclic and collective controls, it looks like it is going to work nicely, but we won’t know until we run the blades up. 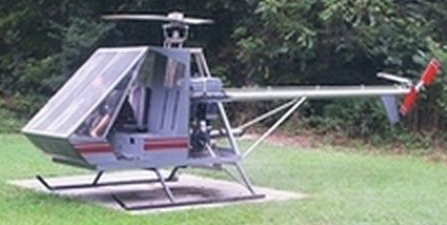 I have designed and built my drive belt tensioner, it uses the parking brake lever from the old Mazda RX-7 to engage. The main rotor head and swash plate on the prototype are from a Rotorway Scorpion II kit helicopter. I used them just because I had them laying around. I plan on designing my own swash plate at a later stage. I do have plans drawn for a stronger main rotorhead, but like I said, I am going to test the helicopter with the old head plate first. 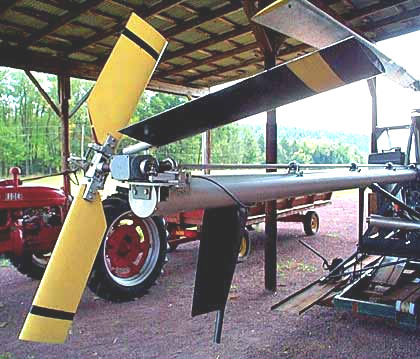 The original intent of myself designing the TH-135 Dusty II helicopter was to design and build an airframe to be used as a flying test bed, an airframe large enough and strong enough to test different engines and also rotor systems.

And of course, if all goes well, to have a nice roomy helicopter to fly that is large enough to carry two (2) large pilots or one (1) small pilot and two (2) small passengers. The Dusty helicopter would also need to be easy to build and use true off the shelf components.

With that said, some of my thinking is, OK – not everyone can find some of the parts that are needed to build a helicopter such as a nice sprag clutch. I know every time I went to the bearing suppliers they always asked what it was to be used for, then if you made the mistake of even mentioning it was for a helicopter, they would escort you to the door!

So what’s the answer to all this? Well – you can build your own! Once you know what a sprag bearing is and what they are used in, then you learn they can be found in many places. You can even get one from a local auto junk yard for next to nothing. Mine is from a Chevy turbo-350 transmission, guess what, most of the time if you know someone that works on old trannys they will give you the sprag bearing, I got 3 that way! 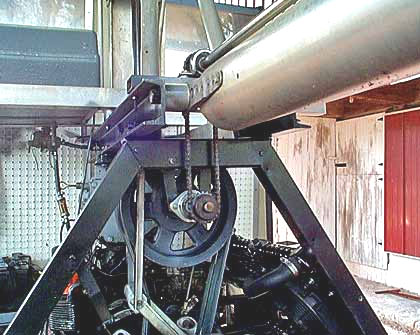 The Chevy sprag clutch is a strong unit, but to be used in a helicopter you have to keep it lubricated. How do we do this? You machine a simple housing for it.

I have designed a housing that bolts to the crankshaft using the flywheel bolts. The first idea for a chain driven drive was a novel idea, but it didn’t work so well so I redesigned the system to use multiple V-belts and a belt tensioner like on commercial helicopters.

So anyway, that is where we stand at the point of the Dusty II prototype. Not bad since I just started building it in September of ’97. The one thing I can tell anyone that is thinking of building a TH-135 Dusty II or any other plans built helicopter, is to invest in a milling machine and lathe.

I have an old Burke Bridgeport style mill and an old Atlas lathe. The mill I got trading an old Triumph motorcycle for and the lather I got in part trade for my old Chevy van. Best deals I ever made! 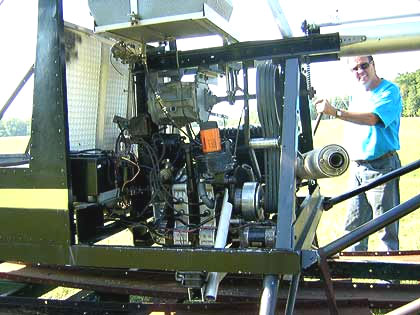 The reason I say this is because it has saved me a lot of grief dealing with machine shops that in the past have said, yes we can make this or that or, you leave a part for them to work on, go back a month later and it is still sitting where you left it gathering dust on the floor.

A couple of the desired design features in the Dusty helicopter were:

1. I wanted to design a strong, easy to build test bed airframe to test with, as you can see from the helicopter pictures, I think I have met that goal.

2. I wanted to find and use true off the shelf parts such as bearings, engines, gearboxes, etc… Still working on this part, but things are looking good here so far, and if some things don’t work out, I will keep ’til they do work. 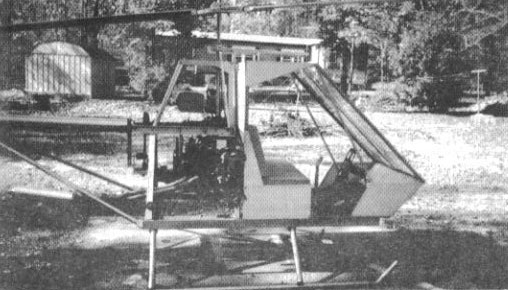 So what are our goals for the future with the Dusty II? Well, first is to get my prototype helicopter flying of course and prove that it will fly.

At this point, I can’t say how well or if the TH-135 prototype will fly, but that is why it is a test bed design. Time will tell and if there is a market for it.

I have been playing with the idea of producing an airframe kit for the TH-135 Dusty II helicopter, something in the order of having all the materials cut the length and a starter hold drilled in the right places so that the builder could then drill the holes the proper size and bolt the airframe together to consistent and exacting dimensions. 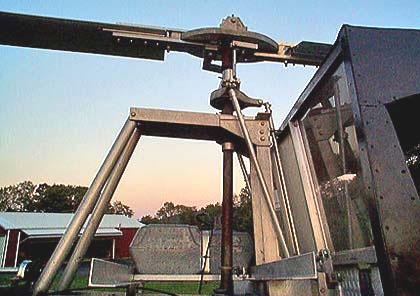 I think I can do this for around $5,000 a kit but I need to check into this more, then the helicopter builder can build their own engine and rotor systems to the way they want to.

This will allow them to experiment with or the design or they can build the engine and rotor systems as I have them on the prototype.

Last but not least, I’ve had many people call to talk and most do not realize this is NOT an ultralight design by any means.

Here are the dimensions of the prototype TH-135 Dusty II.

Well that’s about all I can think of for now. I hope you enjoy seeing the pictures of my prototype Dusty helicopter and the info supplied here.

I hope I can inspire others to take the change to design and build their own designs, you never know what you can do until you try, and if you try, you will surprise yourself at what you can do.

I know I have and I am learning and enjoying every minute of it. Keep Those Rotors Turning.

Timothy Heilig has been developing the Dusty helicopter two (2) place homebuilt rotorcraft which presently has a Mazda rotary engine installed. 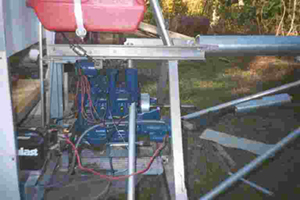 We received an update from Heilig recently along with a photograph of the completed Dusty helicopter.

The helicopter is quite large and sports a very roomy cabin – probably as roomy as the Safari kit helicopter (formerly known as the Baby Bell kit helicopter) produced by Canadian Home Rotors.

Timothy has been having problems with the Mazda and is considering installing a Subaru EJ22 engine. He has an Impreza automobile with the EJ18 engine but it might be a little weak on power (110 HP @ 5400 RPM).

Heilig also has an EJ22 engine that should be adequate, especially if he has the performance camshafts fitted to it. The Subaru EJ22 engine develops 130 HP stock @ 5400 rpm and with the Stratus cam grind, will put out 158 HP @ 5700 rpm. The cam grind doesn’t have any adverse effect on the engine’s reliability either. 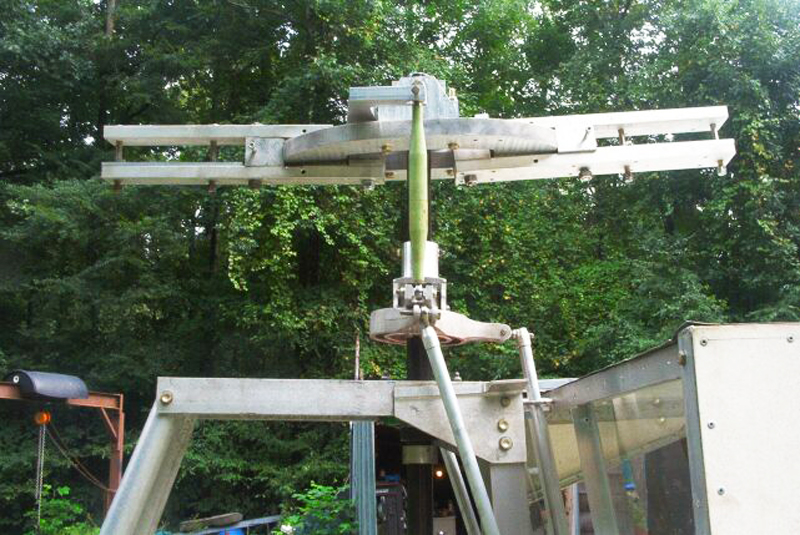 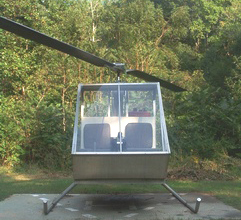 Heilig is implementing a digital rotor tachometer using a Bell-bicycle digital speedometer. The programmable set up to monitor the rpm of any device can indicate up to 999 rpm.

Timothy checked the accuracy of his rotor tachometer by installing the pick-up on a section of rotor shaft and chucking it up in his metal lathe which was set at a known rpm for comparison with excellent results.

Initial tests performed on July 4, 2003 looked good until his engine drive train started giving him problems. At this stage he will probably go with the Subaru EJ22 for the Dusty helicopter.

No further information is currently available on the Dusty helicopter. We have NO CONTACT DETAILS for Timothy. Last we heard, the Dusty has been sold.