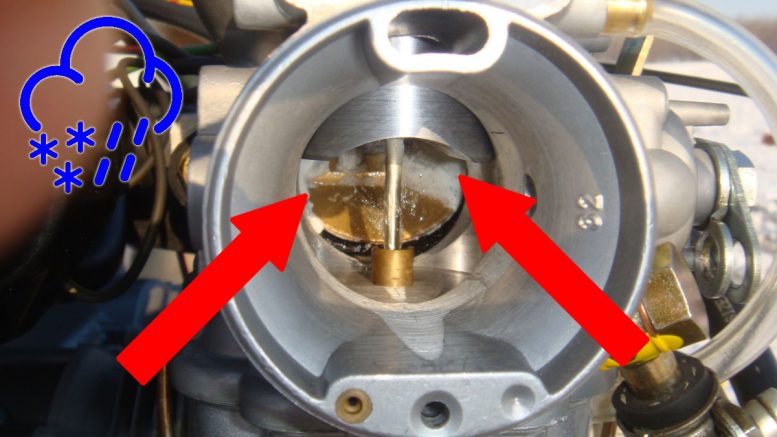 Dealing With Carby Icing In Engines 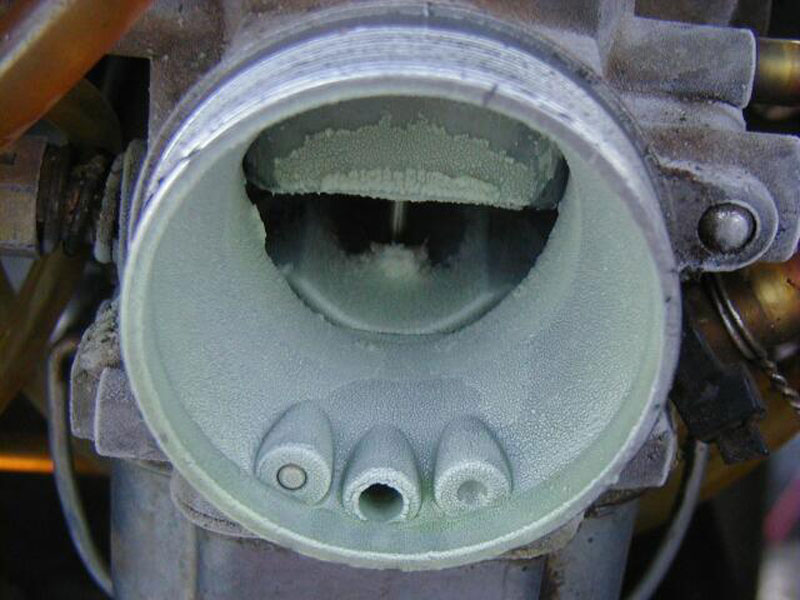 Mostly felt in the Northern Coastal regions of America. In winter, particularly in the Southern states the increased moisture in the air cause our Carby icing problems.

Temperature: the only temperature requirement is that the air in the carby is at Zero or less.

Venturi effect varies with throttle setting. Carby icing is most likely to occur at lower RPM, ie idling, power off approaches or descents and taxiing.

Temperature of the carby body. In the bigger GA aircraft using Lycoming engines for example, have the carby bolted directly to the bottom of the engine keeping it warm, helping ice not to form.

Most of the carbies in our aircraft on engines such as the Rotax, Jabiru etc are virtually dangling in space. Held to the engine via a rubber tube or similar and not being directly warmed by the engine.

So how does ice form in a carby?

Moisture or water is in the air at all times in the form of invisible water vapor. Now of course water vapor cannot freeze but if it gets sufficiently cooled enough it will turn to water drops and if it gets colder again these drops of water can then freeze.

In the carby it works this way: Carbies rely on a venturi to draw the fuel into the system and a butterfly valve to increase or decrease the flow of both fuel and air.

As air passes through the venturi it speeds up and the pressure drops, with the pressure drop we also get a drop in temperature. Of course when the temp drops enough the water vapor in the air turns to water drops and if the temperature drops even more, then ice will form.

So what does the ice do? 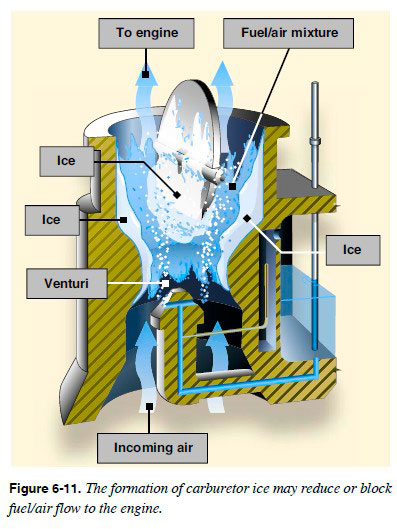 Now this is where we have to be careful. In most GA carbies icing will enrichen your mixture (too much fuel not enough air). Ice forming in your venturi only increases the venturi effect drawing more fuel into the system and less air.

As can be seen from the diagram, the passage is restricted allowing less air to pass through but the air passing through is now traveling at a greater rate and therefore dropping the pressure and sucking in more fuel. Of course as the ice builds up this becomes worse still, less air and more fuel causing the engine to run rough due to the over rich mixture.

Now for all you GA converted pilots out there (myself included) this is one of the easiest ways of picking up carby icing in an engine. But wait there’s more. The most commonly used carby in our ultralight fleet is the Bing Carburetor; here with lies a problem.

As already stated the build up of ice will enrichen the mixture due to the more fuel being sucked in due to the lower pressure. The Bing Carburetor in most of our aircraft are pressure sensing carbies.

In other words, with the ice build up in the venturi the carby is sensing a drop in pressure and will automatically adjust the mixture (which is what they are supposed to do) and we will not see an enriched mixture situation that we do in most GA carbies.

This of course leads to the problem that we will not necessarily notice a rough running engine due to an over rich mixture. So sometimes it is not easy to tell when you have a build up of ice in this situation.

So from this you can see that carby icing can be hard to pick up, particularly if you are making regular but small throttle movements, for example when taxiing. Or you don’t notice a small drop in rpm because you think you might have bumped the throttle or your friction nut was not done up tight enough.

Icing will generally be worse with lower power settings and generally early in the mornings when the moisture is rising off the ground with the early morning sun shining and the rising ambient temperatures.

Taxiing over the grass with the morning sun turning the moisture into water vapor and your carby doing a great job of cooling it and turning it into ICE. But remember this is not the only time you will pick up ice. 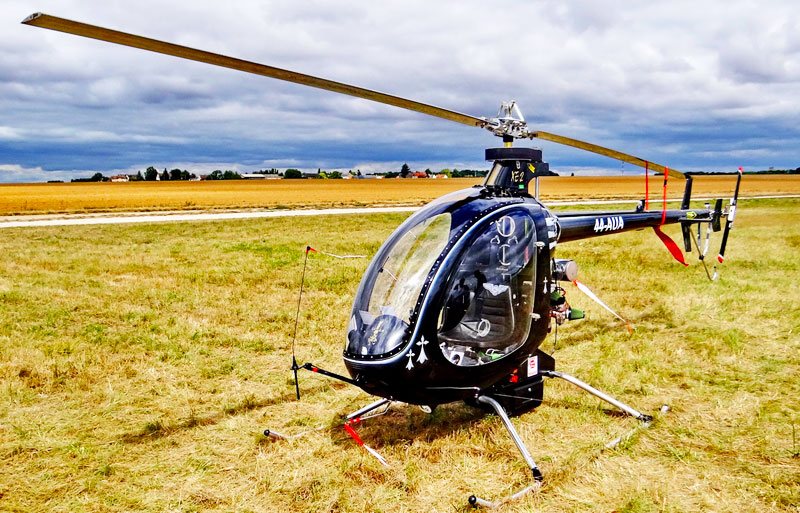 When should we use carby heat?

Often I travel and fly with people all over America, and all too often I see the lack of use of carby heat.

Comments like “we don’t suffer carby ice here so we don’t use it”. This of course in some cases may be true, BUT firstly icing can occur in a variety of conditions and secondly, is all your flying going to be occurring in the same spot?

If you don’t get used to using carby heat control then you won’t use it when it matters the most. Make it part of your normal checks and routines regardless of where you are flying from and in what conditions.

A trap that can occur during the most severe of icing conditions is the time between conducting checks for ice and actually lining up to take off. In several places that I know of run ups are conducted quite a distance from the runway due to several reasons.

One reason could be due to the ground surface conditions and you want to, and rightly so, want to do your run ups on the nice clean concrete pad or similar. Then you run through the rest of your checks and then taxi off to the runway to line up for departure.

During this time your engine has been running at low power if not at idle, you may have taxied across some moist grass or similar to get to the runway and in all this time you could have been building up a great deal of ice without noticing the rpm drop.

Line up take off, you might notice that the aircraft is not performing at its best and not reaching full rpm, or you may not notice anything unusual at all. Rotate and start to climb… suddenly cough bang STOP.

Now you’re staring at a stationary propeller. Why? Because that ice build up in your carby has now let go, either due to the increased airflow at high power or that the engine is now building up some heat and the ice starts to melt.

Where does this now partly melted ice and water go? Yep you guessed it, straight into your engine. I have yet to come across a fuel burning engine that will run on water! It’s at this stage that I hope your training in engine failures after take off kicks in in a great hurry. 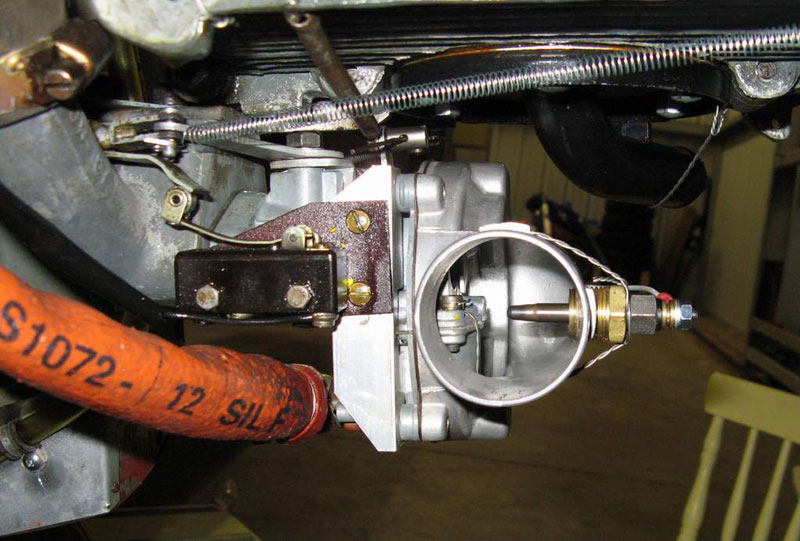 Carby icing can be prevented

Some would suggest and teach the use of carby heat, when and if required only. This is fine if you know when it’s going to occur. This was mainly due to the ill effects of using carby heat on some engines.

These days with our more sophisticated engines and pressure sensing carbies, the application of carby heat is not going to be as detrimental to your engines as it may have been in the past. Remember that carby icing can occur in a variety of conditions.

If you have not been able to pick the rpm decrease or unable to determine the conditions conducive to icing, then don’t be afraid to check every now and again by pulling on that carby heat and watching the rpm closely. Icing can occur even at cruise power with the right conditions.

When not to use carby heat

I would recommend not taxiing with carby heat on. The air being supplied to the carby during the application of carby heat is generally not filtered.

This can lead to the ingestion of dust or other foreign particles into your engine and increase engine wear dramatically. You should not use carby heat at full power as the heated air is thinner and this in turn reduces the available power of your engine.

When approaching to land, select carby heat off on mid to short finals, so that you have all the power available from your engine should you need to go around or if you are conducting circuits.

Get used to using carby heat controls no matter what time of the year or conditions. If you are used to using it, then you may just save yourself and your aeroplane one day because it has become a routine and one less thing to think about.

NOTE: Some of our aircraft do not have carby heat controls. These aircraft are relying on another way of preventing carburetor ice. If you are unsure then ask your flying instructor or someone who knows the particular aircraft a little better. 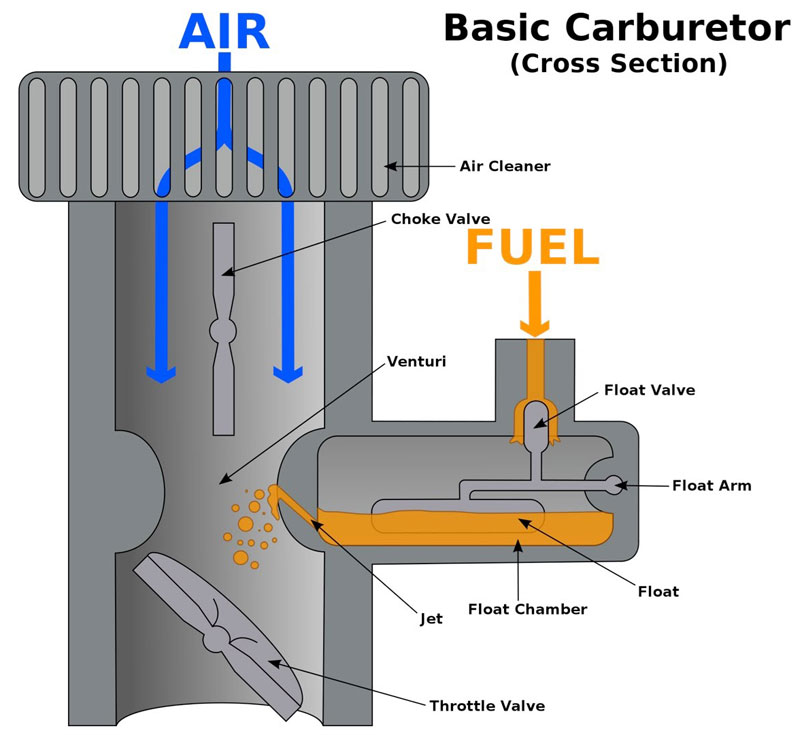 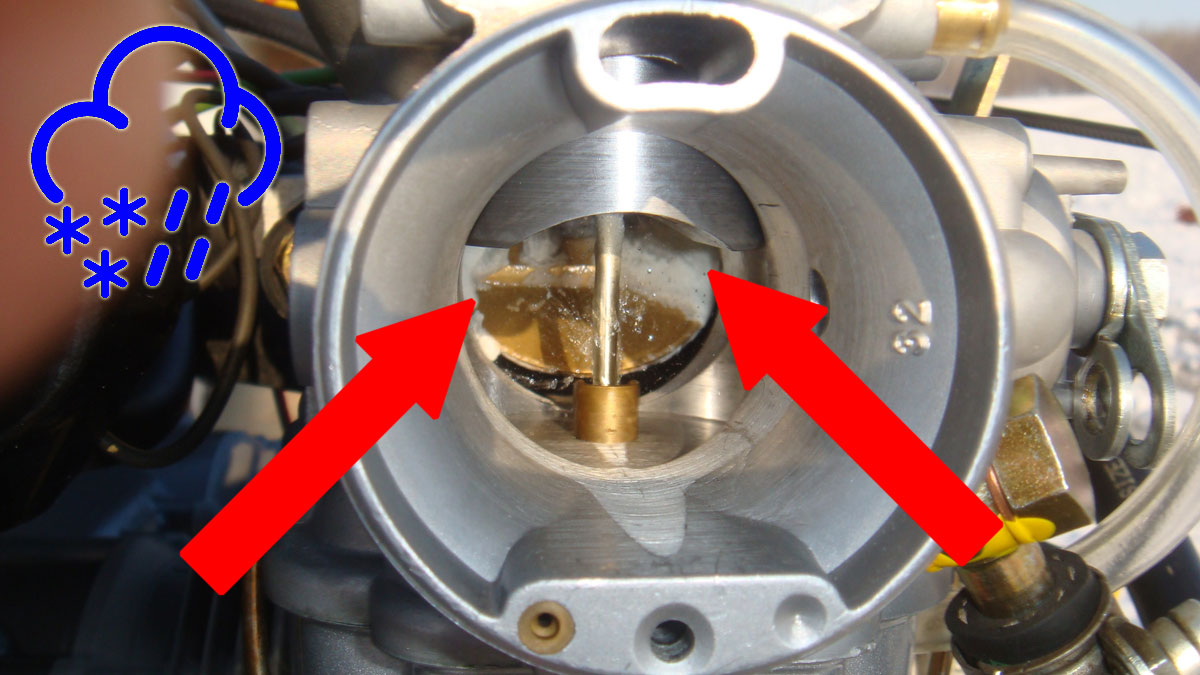 Article Name
Carby Icing In Piston Engines
Description
Carby Icing can be experienced at any time, any where and in any weather - so how do you deal with this unfortunate meteorological effect on your engine.
Author
Mick Poole
SHARE TWEET PIN SHARE

Be the first to comment on "Carby Icing In Piston Engines"