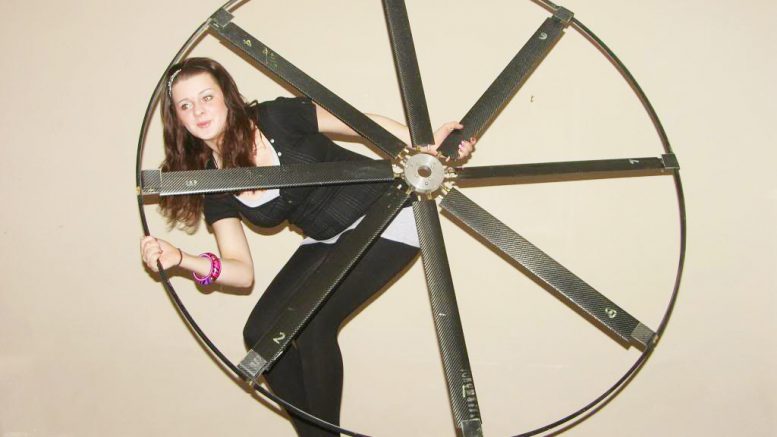 Ben Cope's Ring Rotor System on what we could only describe as a "temporary display".

The BUG 4 experimental helicopter is described as having a BMW rear right angle gear box attached to the bell housing with a cush drive fitted inside. Then feeds up a vertical shaft which houses the helicopter’s sprag clutch, then through a ten to one chain-wheel reduction to main mast.

Rearwards drive is through V-belts to tail. Now it has the rotor head and blades mounted and has been run up on the ground. Results were smooth as silk, vibration free. The tail boom end is carbon composite though I have been tempted to go all composite.

The tail rotor is driven via rubberized belts on pulleys with both sides of the boom not interconnected. The system will drive on one, or both sides for redundancy. Any lateral flex in the tail-boom is restricted by the belt on the other side that would tend to lengthen.

The machine has a conventional collective lever on the left with a twist-grip engine throttle. It has a built in mechanical correlation compensator for equalizing engine rpm’s that can be overridden where necessary.

For those of a more technical nature, the small blades in the video clip were only to put a little drag on the drive system whilst testing the tail rotor. The helicopter’s tail rotor drive system was run for several hours at one and a half times its normal running speed (150%). The V-belt and flat toothed belts have given no problems to date proving rugged and reliable.

Belts provided a lighter method of transmitting power to the tail rotor, negating the need for a right angle gearbox on the tail boom and helping with the longitudinal balance. As I have some 80 hp available, the extra drag of the belts is not a problem. 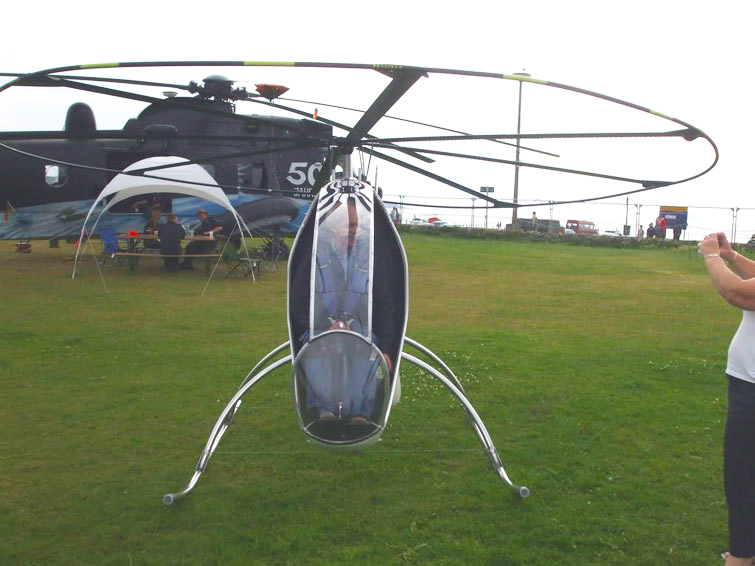 The small fuel tank ensures only short runs are possible during testing – and yes, it is a “fuel-safe” plastic. Each run is followed by a full inspection of all critical components.

The tail-boom is extendable via a carbon fiber sleeve allowing all belts to be tensioned together at the one time. 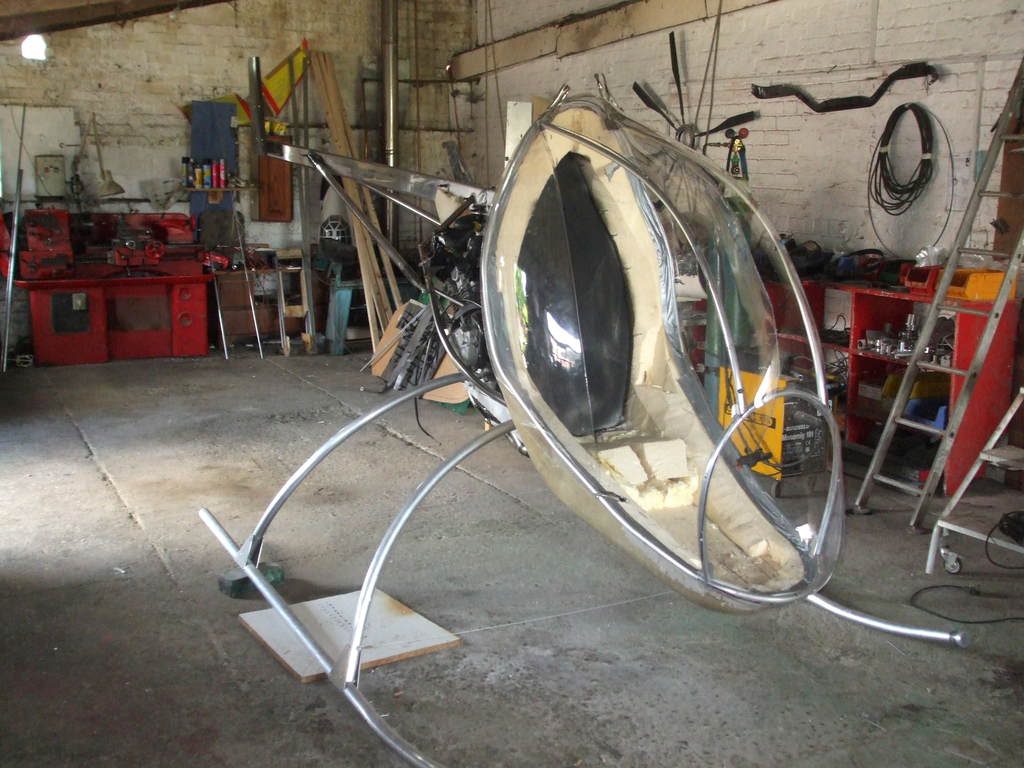 Ben’s BUG Mark 4 helicopter during construction in June, 2008.
The epitome of the home built helicopter – proof you can indeed build a helicopter in your own backyard!

The tail rotor blades and sliding guide tube are made of modern carbon fiber, the shafts are made of titanium making the experimental helicopter strong and light weight.

The degree of movement to tension the belts has minimal effect on the center of gravity which remains within its limits with up to two inches of tail movement on the experimental helicopter. 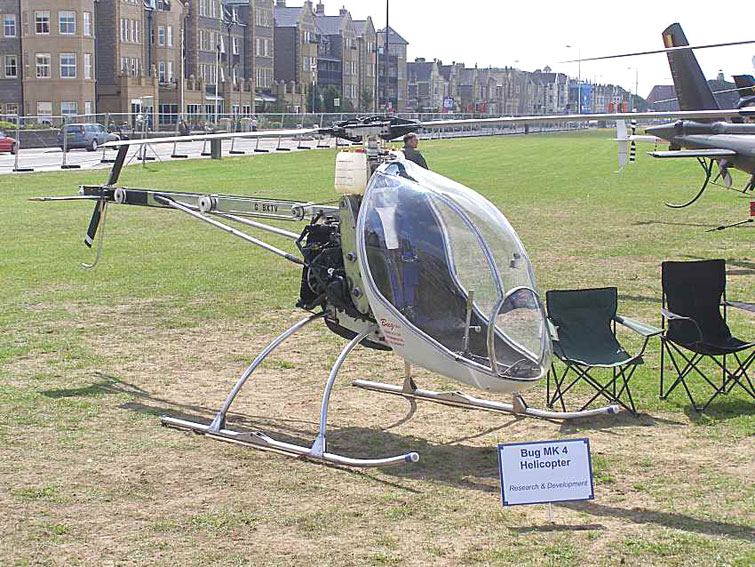 The BUG Mark 4 helicopter on display at Helidays July 2010 in Weston-Super-Mare, United Kingdom.

The drive belts, rotor blades and linkages have undergone several hours of full load and movement testing on the ground. 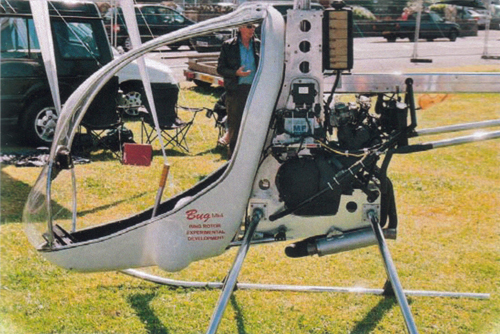 The BUG Mark 4 helicopter on display at Weston-Super-Mare, United Kingdom.

To date, there have been no problems with the experimental helicopter. May I quote Otto Lilienthal “It is easy to invent a flying machine, more difficult to build one, to make it fly is everything”. 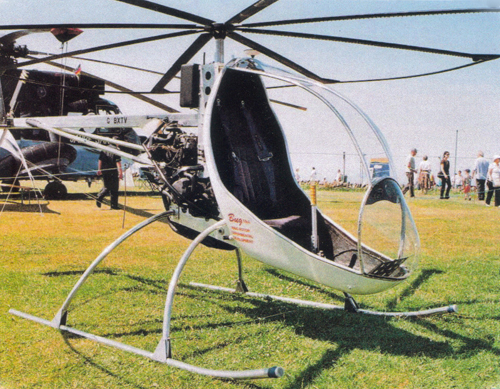