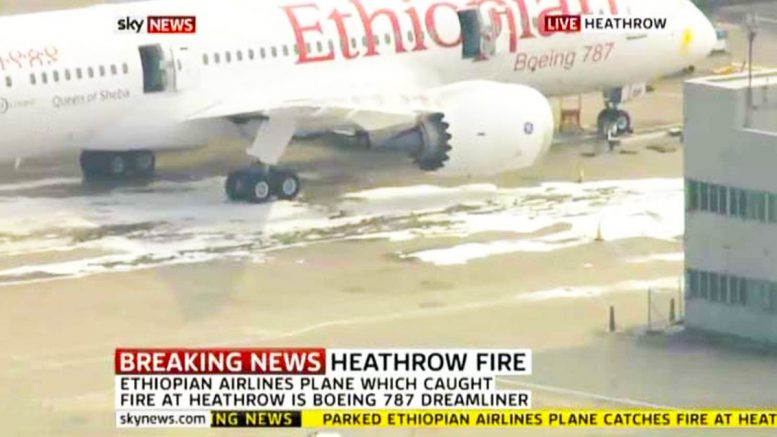 THE ENEMY WITHIN DANGEROUS GOODS IN THE CABIN

Dangerous goods have been implicated in at least two aircraft crashes in the past two years – suspected of being a lithium battery fire. UPS Airlines flight 006 in September 2010 and Asiana airlines flight 991 in July 2011 were cargo flights that crashed in similar, distressing circumstances.

Both planes carried cargoes including lithium ion batteries. In both cases their crews reported fire in the main cargo hold, and in both cases the crew were killed. Four pilots dead and two Boeing 747’s destroyed is bad enough – and the question of how many would have died had a similar fire broken out in the cargo hold of a passenger aircraft is even more sobering.

This is one of the reasons why the International Civil Aviation Organization (ICAO) is considering new safety standards for air transport of lithium batteries. If approved by the ICAO Air Navigation commission, these provisions will come into effect from early 2013.

There are also concerns about other dangerous goods on passenger planes. Recent incidents involving spontaneously self-igniting iPhones and a fuel-filled chain saw in hand luggage remind us that cabin crew vigilance and training are the last line of defence against dangerous goods causing an aviation tragedy. 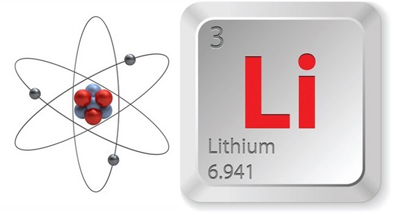 Some items are obviously dangerous: the case for keeping ammunition, radioactive or infectious material and flammable liquids out of aircraft cabins is intuitively clear, but seemingly innocuous items such as batteries and matches can be an insidious hazard. As a former cabin crew instructor said, passengers often have the unfortunate perception that ‘if I can buy it in a supermarket, how could it kill me?’

CASA’s Director of Aviation Safety, John McCormick, has said that a significant area of concern for the regulator is the carriage of spare lithium batteries, particularly in checked-in luggage in the cargo hold: ‘As these batteries have the potential to short circuit and burn under certain conditions, the preference is to have them carried in the cabin by passengers where the risk can be better managed.’

‘Cabin crew and flight crew are specifically trained in the management and handing of dangerous goods incidents in the aircraft cabin, including those caused by lithium battery fires, and can respond quickly if an incident arises.’

They have to be fought in two stages: first, by extinguishing the flames, followed by cooling of the battery to prevent spontaneous re-ignition.

The recommended procedures for fighting a fire in a lithium-battery-powered personal electronic device are to:

1 – Use a halon, halon-replacement. Or water extinguisher to extinguish the fire and prevent it spreading to other flammable materials.

2 – After extinguishing the fire, douse the device with water or other non-alcoholic liquid to cool it, and prevent additional battery cells from heating to the point of thermal runaway. (In a 2008 incident, a US flight attendant brought a smoking laptop batter to a safe, albeit sticky, end using lemonade).

The US Federal Aviation Administration has recorded 17 fires or incidents with lithium batteries of both types on passenger plane since 2004, all but one involving passengers who carried the batteries or packed them in luggage.

The pervasiveness of lithium ion batteries is creating a wondrous variety of new types of dangerous goods. A recent FAA summary tells of lithium-battery fires in devices as diverse as curling irons, electronic cigarettes, personal air fresheners and a self-propelled surfboard.

The frightening and potentially catastrophic nature of lithium-battery first is evident, even from the terse FAA summaries. For example: ‘One and a half hours into a passenger flight from Buenos Aires to Miami, a small explosion occurred in the business class section of the aircraft.

There were sparks, then a flash and smoke. Flight attendants, then the captain, responded. Battery fragments were the only evidence found of the lithium battery fire. It is suspected that the batter dropped into a seat and arced against a metal seat frame, causing it to explode. The ruptured battery splattered debris on overhead bins.

A fragment hit a passenger in the head, burning her hair near her earlobe. Seven flight attendants were affected by smoke/fume inhalation. One aircraft seat bottom and four seat covers were damaged and replaced.’

Members of the Flight Safety Australia cabin crew ‘panel’ are aware of the issue, and how difficult it can be to manage. Self check-in was a concern, with one experienced cabin crew member saying ‘I would estimate that many people would just say “no, I am not carrying any dangerous goods”, without actually reading what they all are, or thinking about what they have packed in their bags. We can only hope the screening process is thorough, but believe it’s not as thorough domestically as it is internationally.”

Lithium ion batteries can be found in portable electronic devises (including watches, calculators, cameras, cellular phones, laptop computers, camcorders) carried by passengers or crew for personal use. These should be transported only in carry-on baggage.

Spare batteries must be individually protected to prevent short circuits. Each installed or spare batter must also not exceed the following:

1 – For lithium metal or lithium allow batteries, a lithium content of not more then two grams

2 – For lithium ion batteries, a watt hour rating of not more then 100Wh

I know if the person checks in bags with a ground staff member, they are asked, and if cabin crew take a bag from a passenger we are supposed to remember to ask if they have any dangerous goods, especially those that are permitted in the cabin, but cannot be checked in.

A safety manager with an international airline emphasises the importance of recurrent training: ‘We have specific procedure for cabin crew that helps them differentiate between one substance/item and another in carry-on luggage.

One of the audit elements that we are strict on is the DG awareness training that check-in staff receive. That and clear information to passengers are always reviewed in detail.

The recurrent cabin crew training in realistic simulators is important here. Staff need to understand – by doing – how to check a hot overhead locker; for example, never use the palm of the hand to feel how hot a surface is.

If in doubt, wear oven or fireproof gloves and never swing a door wide open if you suspect fire – allowing fresh air into the locker (or toilet) can fuel a developing fire. The training helps reduce confusion and panic.

A clip from the Federal Aviation Administration training video for flight crew personnel on how to effectively extinguish laptop fires caused by lithium batteries.

So far, we have had no problems with lithium batteries, he added. A few years ago we did have a portable DVD player melt in the passenger’s bag in the overhead bin. No fire, but lots of smoke and some quite unpleasant fumes as the plastic casing of the DVD player melted.

The information we have is that some non-brand makes of electronic equipment use batteries of a poor quality and the combination of the poor construction of the equipment and/or the battery can be problematic.

However, traditional (and less traditional) types of dangerous goods can also be offenders, as other cabin crew explain.

‘A strong smell in the cabin was traced to a passenger’s petrol-soaked shoes (the tank of his hire car had overflowed). We followed our airline’s SOP, bagged tem, put in a waste bin of ice in the toilet, locked the toilet and monitored the bin periodically for signs of combustion. The passenger had to borrow some smelly (but safe) old runners, because the plane could not leave unless everyone was wearing shoes.’

‘On a flight many years ago, when smoking on board was still permitted, we were heading across to Perth in our Boeing 727-200. The food service was completed and people were settling in for the rest of the trip.

▣ Always remember that preventing an occurrence is better than having to put your emergency procedures training into practice.

▣ Familiarise yourself with the location, and method of use, of extinguishers, spill kits and isolation materials.

▣ Do not attempt to pick up and move a smoking or burning device. Use appropriate fire fighting techniques in situ.

▣ Do not cover the device or use ice to cool it. This will insulate it, increasing the likelihood that the battery cells will reheat to thermal runaway point.

▣ Report any dangerous goods incidents to your safety managers and to the relevant authorities.

There was a lady seated in a window seat with the two seats next to her vacant – she was set up with her small bottle of wine and a glass, cigarette smoking away in the ashtray and commencing to paint her finger nails.

It wasn’t too long before there was a bit of a disturbance with this lady. Her wet nails combusted (only a little bit) as she took a drag on her cigarette, but the flames were extinguished very quickly.

Not sure whether in her prioritising she chose to have another cigarette, repaint the nails or have a drink. I think it safe to conclude that she didn’t smoke and paint her nails simultaneously again.’

An ARFF station captain said that he had seen it all ‘everything from a tin of paint, to body fluids, to durian fruit.’

The airline safety manager gives the issue a final interesting perspective, ‘Nothing beats out time in West Africa though, when aeroplanes were treated like buses into which anything – large or small, industrially hazardous and otherwise – was packed. 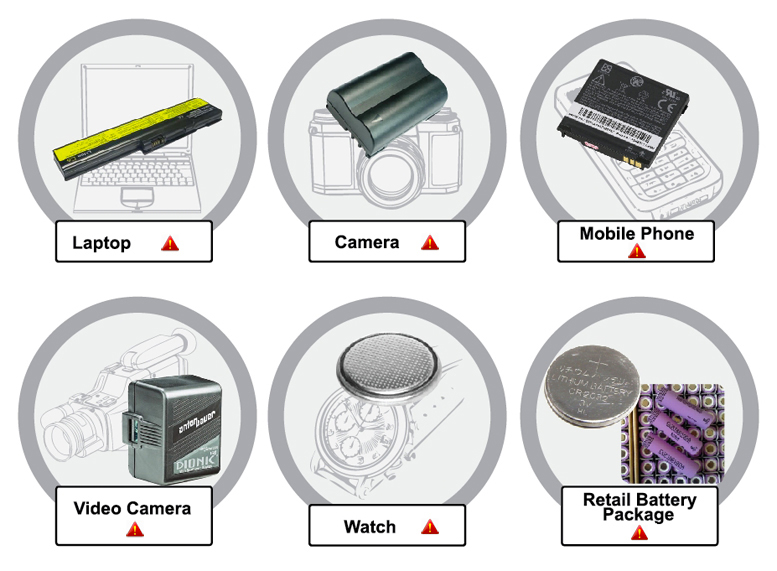 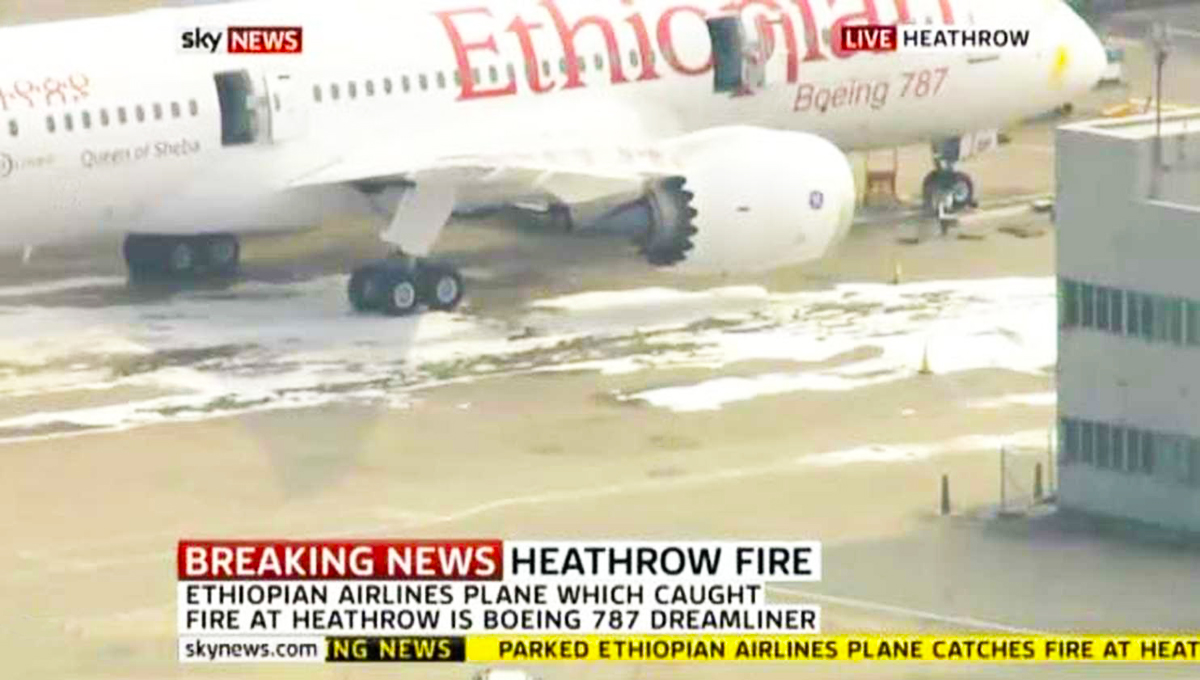 Be the first to comment on "Dangerous Goods – Lithium Battery Fire"