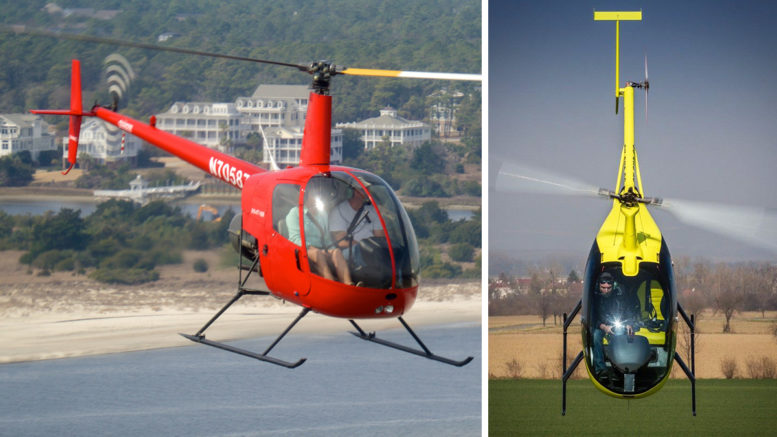 What Type Of Helicopter Pilot Are You?

There are two types of pilots, amateurs and professionals. The distinction has nothing to do with earning a living-the difference is in attitude.

Fixed Wing or Rotary Wing, the rules remain the same

An instructor takes much pleasure over the years watching people he trained traveling to many places, increasing their pilots skills and adding new friends to flying.

But he also watches the occasional pilot who thinks that passing the Private Pilot Practical is the last time he has to think about flying. We see this type too often, unfortunately, because he is the one who seems to use his plane regularly.

He’s always in a hurry, so he rarely does a good pre-flight, if any, never checks the weather, doesn’t remember the plane was due for an annual and charges off into the blue. Oh boy! This example of amateur foolishness is the instructors cross to bear.

Somehow, Ace never got the message from his instructor that, while flying the plane is a challenge, being a pilot is a continuing effort. Just like everything that has any value, being a good pilot over the years involves constant attention to the art. The example he sets influences everyone who sees him.

There are really only two groups of pilots, amateurs and professionals. The distinction has nothing to do with earning a living—the difference is in the attitude each one has toward flying.

The amateur never thinks about or questions what he is doing, has no standards, and never tries to improve his skill level. He may be an ace airplane driver, but he is not a pilot! Never will be!

The pro, whether he flies 800 hours a year for a living or 20 for fun is involved in his skills. He questions, he reads, he has review flights with an instructor, he adds new certificates and ratings—he thinks about what he is doing.

He plays the game of “what if. . . .?” It’s a continual game, one which is easy to play for all pilots, and results in increasing enjoyment of flying. Intentionally or not, all recurrent and up grade training are based on this theme of “what if.”

The rules are simple: the next time you start to lift off the runway, ask yourself what you would do if power failed, RIGHT NOW or as you are turning onto final, ½ mile 300′ AGL, what if a wind gust rolled you to a vertical bank position.

There are ten thousand versions of this game and each one is beneficial. Each time you question yourself, your skill grows. You’ll find answers that will bring about a higher standard of performances; you’ll find good reasons for spending an hour or so with a good instructor. You’ll become a professional.

This game can be played at home, at the beach, wherever you have a few minutes of free time to make up questions. For example, what would you do in this situation: What if, an hour before sundown, in mountainous country new to you, ferrying a plane with no radio navigation capabilities, your checkpoints are not coming up.

Or this one: After checking weather, you leave New Orleans for Lafayette, about mid-morning. The weather is 2500 overcast, six miles in drizzle and scattered rain-showers; not the best, but acceptable since the forecast is for improvement.

Halfway across the bayou country, nothing but cypress and water under you, the “scattered” rainshowers now are closing in on you. A 180° view shows nothing but rain. Now what?

These questions are open ended because the answers will be different for each person. You answer, based on your ratings, skills, and experience. The answers may tip your decision on going after that instrument rating, or having an hour’s review of power off spot landings. Or you may want to add another radio.

Another difference between the pro and the amateur is in standards: the airplane driver is all over the sky, altitude, heading, airspeed; “Aw, who cares about that—I got here, didn’t I.” I know professionals who challenge themselves:

How long (minutes) can you keep the plane on altitude. I mean right on, no plus/ minus 50 feet, or whatever. Or on heading. How about on heading, airspeed and altitude all together, no tolerance, either on or off. It’s a simple game to play, and you get better all the time.

There’s no need to fly a series of exercises, as you did to get rated, just think about perfecting the techniques you use every day. For example, it is as difficult to make a good takeoff as it is to make a squeak on landing. No need to get fancy.

I remember the first check flight I had from a chief pilot: after he finished making sure that I knew what an airplane was, he sent me out to practice straight and level, heading changes, altitude changes and speed changes.

For thirty hours! My pride was wounded, because I had just passed my Commercial and Flight Instructor pilots rides, but after thirty hours (and a bit more) I realized that my skill level was improving.

I also learned I had a long way to go. There is another difference between the amateur and the pro: attention to detail. Never neglecting the little things, they tend to get bigger. That applies to the good and the bad.

The professional knows this, the amateur wonders why the fuel flow is cut off from the outboard tank—after all just cause the fuel sump wouldn’t run doesn’t mean there’s anything wrong with the fuel tank, does it?

How many times have you forgotten to turn the fuel pump on during an approach for landing, even though you can quote the checklist word for word? You may even have written the checklist.

To the professional pilots it doesn’t make a difference, he knows how faulty his memory is. I’d say the key word is discipline. The pro has it, the amateur doesn’t. This difference shows throughout the entire approach to flying.

It shows up another way still—in a mental state sometimes described as relaxed alertness, which I call awareness. Seeing everything, hearing it all, from engine noise to ATC calls to other aircraft.

Alert to hazards, aware of his environment, but relaxed and comfortable. The amateur is so relaxed he doesn’t know what’s going on— “Where the hell did that 747 come from!” Or, “Was that me he just called—say again.”

Sometimes the amateur knows how bad he is—usually by scaring himself. I hope he’s the only one scared. Question yourself always—Pro or Amateur? What are you going to do—challenge yourself—or just relax and drive around?

I was in the local training area practicing stalls, etc in my ultralight fixed wing (Gazelle) at the Oasis Flight Training School, Point Cook (now located at Moorabbin). Made all the proper calls of my location and intents. For reasons unknown to my – I had a near miss with an unknown Jabiru crossing my path less than 50ft below.

I was that close I saw the young pilot who seemed oblivious to the closeness of our craft. I was aware of another craft operating in the training area, but they did not announce any specific details – alt, heading, current location etc…

Slightly rattled, I hastily exited the training area and could not wait to get my feet back on Terra-fir-ma (I was a low time pilot still in the double figure for my hours). I kept it all to myself – and without realizing the circuit had changed direction due to wind, I entered THE WRONG DIRECTION” – fortunately, one thing I did probably saved my life…

I still made all the relevant radio calls to which a quick witted instructor (her name escapes me unfortunately) on the ground, taking her job to the next level – chose to have a look around at the circuit prior to boarding her plane, and noticed my mistake.

She then made a “helpful” suggestion to check my position in a calm manner. It did take me what seemed like a minute but was actually seconds to realize my mistake and correct my circuit for a near perfect touch down. If not for the professionalism of my training (thank you Cathy Carrington), I might not be here to tell my story. 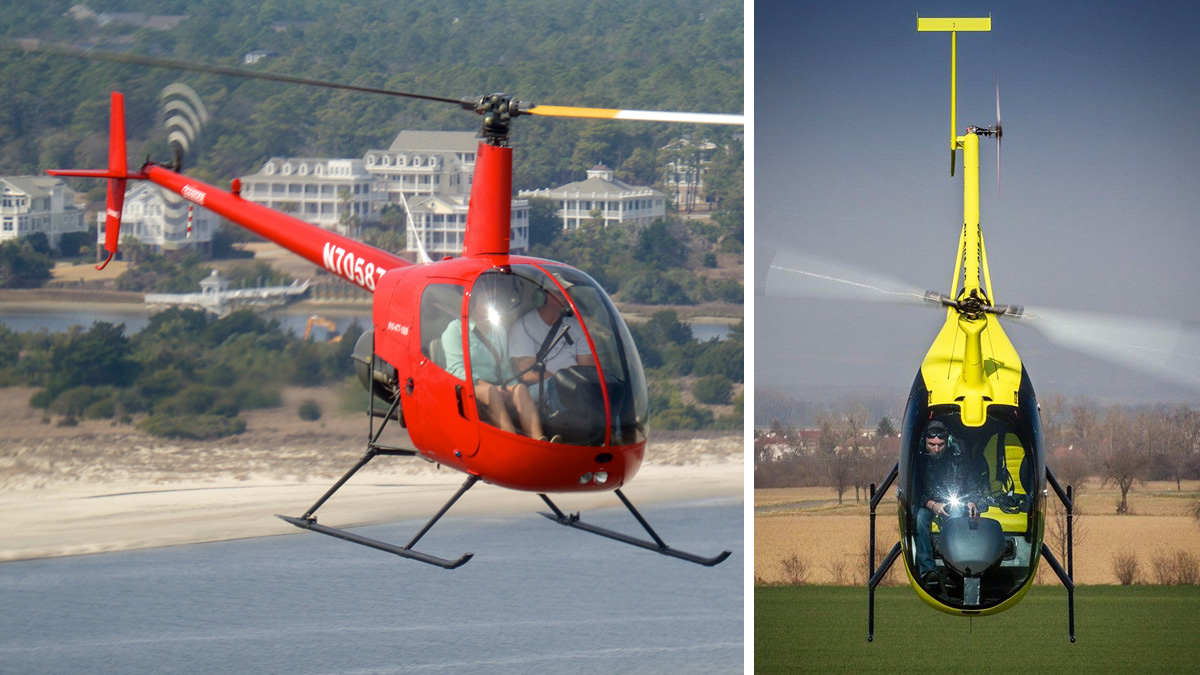 Article Name
Fly Like A Pro - Pilots Attitude
Description
What type of pilot are you? This article sets out to reveal the two basic types of pilots the industry sees consistently. And how easy it is to transition between them!
Author
Chuck Ollinger
SHARE TWEET PIN SHARE