The Bell Company receive a license to produce helicopters for commercial use in 1946, and its Bell 47 was proving especially useful in urban areas and for various types of short-range flying. It was not long before the implications of the helicopter’s independence from specially constructed landing sites became clear.

The most identifiable of all helicopters thanks to the hit TV series – M.A.S.H. – the Bell 47 helicopter

New buildings began to feature landing pads on their roofs, and police departments realized that the helicopter, with its slow flying speed and every-increasing endurance was ideally suited for traffic surveillance and similar activities.

The helicopter’s only major drawback in an urban environment has been its high noise level. This was not too severe since the smaller engines used in the early 1950s were relatively quiet and the public was less concerned about the environment than it has since become. But the growing size of helicopters has meant bigger engines and increased noise. At the same time, improved control and rotors allowed the helicopter to undertake a wider variety of roles, while the adoption of turbo-shaft engines instead of thirsty radials gave a further fillip to an impressively versatile machine.

The US had pioneered the practical helicopter, and this allowed American companies such as Sikorsky, Bell, Hughes, Hiller, Piasecki, Boeing-Vertol and Kaman to build up a thriving international business as well as excellent sales within the US. Boeing-Vertol, Piasecki and Kaman concentrated on particular designs of twin-rotor helicopters, the first two on long-bodied machines with counter-rotating rotors at each end of the fuselage, and the last on short, stumpy designs with counter-rotating intermeshing rotors. 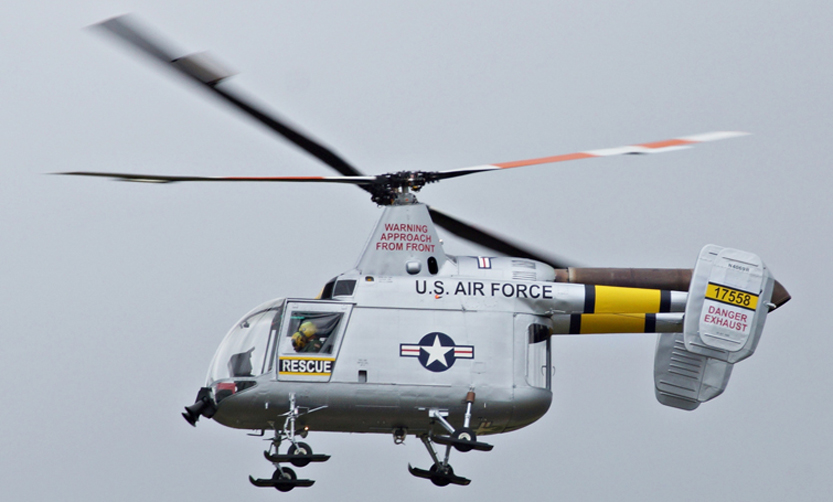 By the 1950s several European companies had entered the arena. Westland, Short and Bristol were early leaders in Britain, but by the 1960s, Westland, license holders for Sikorsky designs, had become dominant. Sud-Est. (later Aerospatiale), took most of the market in France, Bolkow in Germany and Agusta in Italy. Oddly enough as the number of aircraft manufacturers declined in the 1960s and 1970s, that of helicopter manufacturers increased, especially in Latin America and Japan. The Mil design bureau had a virtual monopoly in the Soviet Union, with some outstanding designs in several categories of medium single-rotor and large twin-rotor machines; Kamov designed naval helicopters.

In the 1960s military helicopters underwent a transformation: the previous almost universally tubby lines gave way to sleeker lines marred only by protrusions for armament. Unlike their predecessors, these new machines were not intended for transport, but for fighting. The emphasis was on the disposal of several types of weapon at high speed. The concept of an armed helicopter was pioneered in Vietnam by the Americans, who fitted machine guns to otherwise standard ‘choppers’.

The most striking attribute of the helicopter is its versatility. Some types were built for specific roles, but most of them proved able to undertake other tasks, especially as the power-to-weight ratio of the helicopter improved with the introduction of turbo-shaft engines. And in contrast to aircraft built since the end of World War II, many civilian and military helicopters have been based on the same airframe and rotor system. This is because up to the late 1960s the helicopter had been intended mainly as a transport vehicle.

The same basic aircraft could carry passengers on a commercial basis for civilian operators, and also be adapted for use as an anti-submarine weapon, air-sea rescue type and heavy lift machine by adding the relevant equipment. This made economic sense, and was entirely feasible before helicopters were streamlined for operations in a hostile environment. This development occurred in the late 1960s and its success in the Vietnam War, combined with new technology and design ideas, has fostered a division between civil and military helicopters. 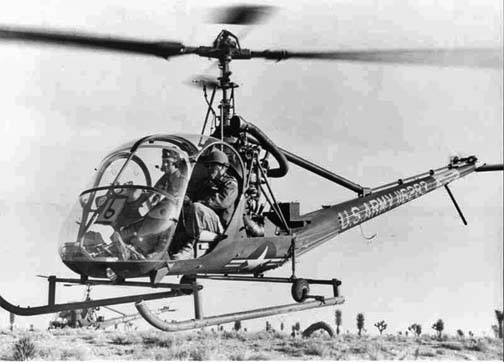 The Soviet Union was the next major country to produce a helicopter of its own design after the US. Mil’s Mi-1 entered production in 1948; a light transport, soon supplanted by Mi-2., it was built in large numbers.

A year later, Americas Stanley Hiller introduced his Hiller 12 series of light utility helicopters. As their payloads were so small, helicopters as small as these represented only early designs which could not readily be adapted for other uses.

Observation and light communications were the only tasks that could be undertaken.

Helicopters really caught on in the early 1950s, partly as a result of the celebrated successes of American ‘choppers’ in Korea. New production facilities were built in other countries and numerous helicopter designs appeared in the first half of the decade.

Learning To Fly A Helicopter – In The Snow!

Be the first to comment on "History of Bell Helicopters"