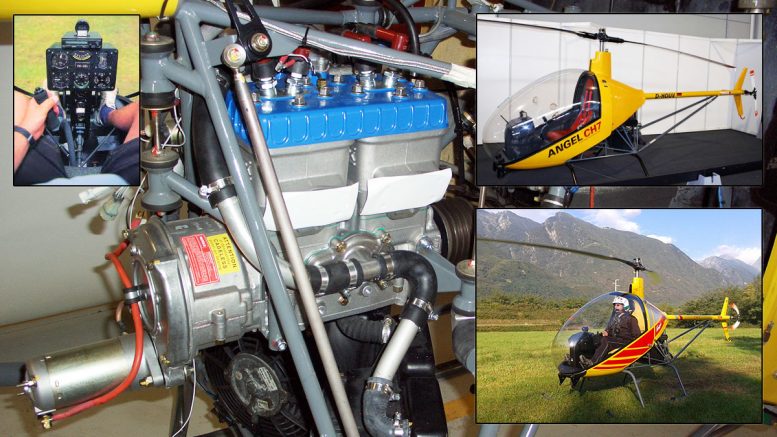 Why use two stroke engines?

It’s no secret as to why so many people enjoy ultralight flying.

Simply stated, it offers a kind of bare – bones simplicity and open-air excitement not available elsewhere in the world of aviation.

Easily one of the best things about ultralights is the fact that they’re really basic.

This is good for a couple of reasons, including that it cuts down on or gets rid of many of the biggest costs of flying. If you’ve ever owned a general aviation airplane, you know all too well how true this is.

Despite its weight increase over the 277. The 40-hp Rotax 447 can be incorporated into a legal ultralight design, as has been done on the Kolb Firefly. The increased power allows for impressive performance.

With ultralights you don’t have to worry about government mandated major repairs to your plane or $15,000 engine overhauls. Most ultralights don’t cost $15,000…brand-new out of the box.

Small, light and inexpensive, two-stroke engines, like this Rotax 277, have made flying accessible to the masses.

As a general rule, when it comes to airframes, simple is good. Sure, you might miss out on a bit of aerodynamic efficiency with a simple structure, especially when it comes to the construction of the wing, but few doubt the compromise is worth it. One component in which simplicity isn’t so welcome is the engine. 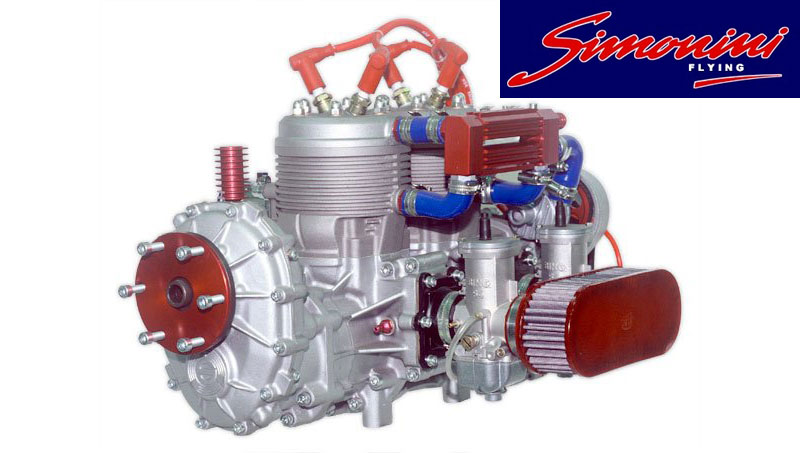 When it comes to internal combustion engines, efficiency is crucial and the only way to get it is by complexity. In terms of current technology, this pretty means an overhead valve engine, four-stroke powerplant. This is the kind of engine you probably have in your personal car.

But it’s probably not the kind of engine in your ultralight. For a number of very good reasons, the vast majority of ultralights produced over the past ten years have been powered by two-stroke engines.

One of the big selling points for two-stroke engines is simplicity. The air-cooled Zenoah G-50 with pull-starter is light and has few moving parts to break or replace.

A two-stroke engine is a simple powerplant with incredibly few moving parts. It’s called a “two-stroke” because in two strokes the piston does the four jobs any internal combustion engine must:

The simplicity of the two-stroke gives it several distinct advantages over four-stroke engines, advantages which make it an obvious choice when it comes to ultralight aviation. That’s why two-strokes are the overwhelming choice of ultralight fliers the world around.

Perhaps the epitome of two-stroke engines is the two-cylinder, liquid-cooled, oil-injected Rotax 582.

Two-strokes are lighter, they produce more horsepower for the pound, they’re cheaper to build and buy, and they’re cheaper and easier to maintain. Sounds pretty good, eh? 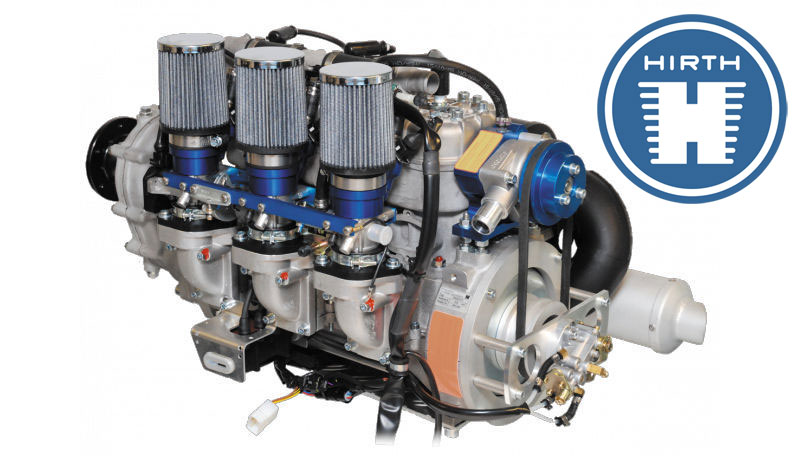 Two-stroke engines can be configured to be quite powerful. This three – cylinder inline two – stroker produces 100-hp.

Then why isn’t everybody happy with this state of affairs?

Why is it that most everybody flying ultralights today would rather do it behind a four-stroke, overhead valve engine?

In part as a reaction to the two-stroke movement, several companies have marketed lower hp, half-VW type engines such as the TEC twin.

Here’s a basic breakdown of the advantages and disadvantages of two stroke engines. Bear in mind that this is a general discussion of the pros and cons of two-stroke engines. Your mileage may vary.

When it comes to ultralight aviation, weight (or lack thereof) is the supreme consideration. Since FAR Part 103 requires ultralights to weight less than 254 lbs., a 100-lb. engine would eat up roughly 40 percent of the total weight available for the entire airplane.

Because of this, a more realistic weight for an ultralight engine is in the area of 50 to 60 lbs., which is lighter by a factor of two. Short of building engines out plastic (which is actually being tried) the only way to achieve weights like this is by cutting down on moving parts. This generally means going two-stroke and single-cylinder.

An engine like the now discontinued Rotax 277 is perhaps the ultimate expression of this formula. A single-cylinder, two-stroke which can produce a reliable 28 horsepower, the 277 has become over the years the engine around which most true ultralights have been designed.

Because a two-stroke engine does the job with fewer parts, there are fewer parts to replace when it’s time to do repairs. This is doubly true (or is it a half-truth?) with one-cylinder engines.

Two-stroke engines have no overhead valves or related hardware to replace, no seats, stems, covers, or rods, no cams, belts, chains, or camshafts to replace or repair. Remember, too, that if they’re not there, they’re not going to break.

One side-benefit of a simple design is that repairs and overhauls are cheaper than on comparable. Rotax has two engines which illustrate this point nicely. Their 75-hp, two-stroke 618 powerplant costs an estimated $1000 in parts to overhaul. The four-cylinder, four-stroke 912, which produces only a few horsepower more, will cost an estimated $4000 in parts to overhaul.

If it wasn’t for two-strokes being so powerful for their weight, I doubt many pilots would mess with them. In many cases, a two-stroke engine will weigh one-third less than a comparably powerful four-stroke engine. While this might not seem like much, when you’re trying to trim ounces to cut weight to get down to 103-legal limits, ten pounds of weight savings anywhere is a godsend.

Because they’re so simple mechanically, two-stroke engines are generally cheaper to build and sell than four-stroke engines are. The 912 and 618 are
close in power and weight, but not in price. A 618 costs around $5300 (manufacturer’s suggested retail), and the 78-hp 912 four-cylinder four-stroke costs more than $8500, an increase of more than $3000 over the two-stroke motor.

THINGS WE COMPLAIN ABOUT WITH TWO STROKE ENGINES

One of the most troubling aspects of two-stroke powerplants is that they’re prone to sudden stoppage. Four-stroke motors, generally speaking, give you some warning before they go south. Two-stroke engines often don’t.

Two-strokes seem to be more finicky than four-strokes, too, tending to quit running for altogether mysterious reasons. Improper carburetor adjustment is frequently the culprit here, as is vapor lock, both conditions two-strokes seem prone to be affected by.

Two-stroke engines are cheaper to overhaul, but they require such major repairs more frequently than four-stroke motors, in fact, on the order of three or four times more often. If you have someone else do the work on your engine, this adds up not only in cost of parts, but in labor charges, too. On the plus side, labor costs are cheaper on two-stroke engines because they have fewer parts, so there’s less work to do.

It’s common knowledge that two-stroke engines are significantly louder than four-strokes, and louder in higher, more sensitive frequencies, as well. Most of the literature on the noise and small engines points out the hazards associated with loud, high frequency noise, like that produced by all small internal combustion engines and especially two-strokes. The upside is that pilots are more apt than just about any other small engine user to wear good hearing protection.

Unfortunately, two-stroke engines are as shaky as they are loud. Because their construction is so simple, two-stroke engines tend to have less mechanical dampening of the kinds of vibration produced by a piston going up and down thousands of times a second. The result is a shaky ride, especially at low rpms.

When you add power to a two-stroke engine, you tend to get no response at first and then everything all of a sudden. This tendency makes for difficult small adjustments in throttle setting, such as are used when taxiing and landing.

Two-stroke engines as commonly used on ultralight type aircraft burn lots more fuel than four-stroke engines. The 78-hp four-stroke, four-cylinder Rotax 912 burns on the order of 3.5 to 4 gallons per hour at cruise settings, the same consumption figure as the 48-hp, two-stroke Rotax 503.

A two-stroke engine relies on oil in the fuel for lubrication. There are two ways to achieve this: mix it yourself, or use an oil injection system. On ultralight-legal type two-stroke engines, mix-it-yourself is the universal solution. This is time-consuming, messy, potentially noxious, and just plain no fun. 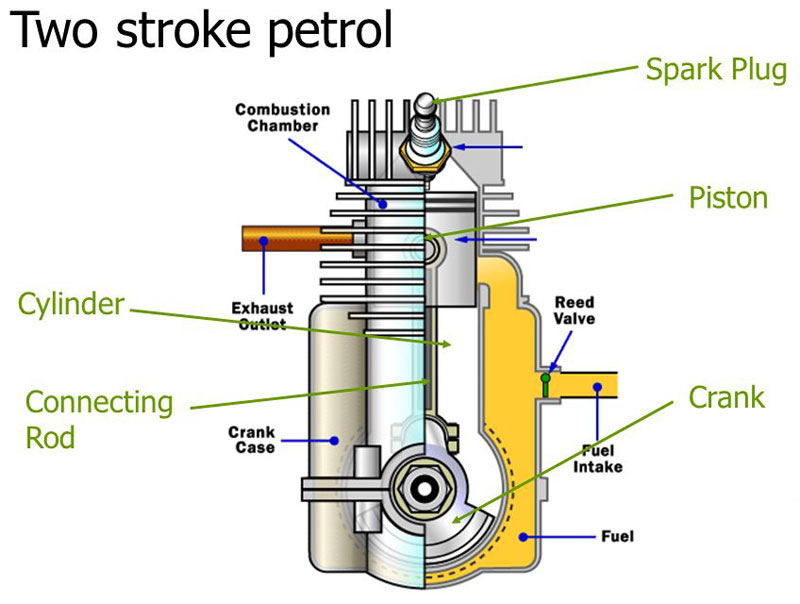 It can be a good workout, though, shaking up a five-gallon fuel container to mix the contents. Four-stroke engines, in contrast, reuse engine oil just like the engine in your family car does, so you only need to check oil level and change it on a regular basis.

Small, light and inexpensive, two-stroke engines, like the Rotax 277, have made flying accessible to the masses.

Perhaps the most common extras are dual ignition and carburetor systems. Dual carbs meter the flow of fuel to the cylinders more precisely. This saves on fuel and make s the engine run more powerfully and smoothly.

Dual ignitions also make the engine run more smoothly, and they offer a measure of redundancy, to boot. If one ignition unit goes bad, the other should get you home.

Larger, more powerful two-stroke motors, like the Rotax 582, frequently come with oil injections systems. You still need to add oil to the reservoir every time you fill up, but at least you don’t have to mix the oil in with the gas. 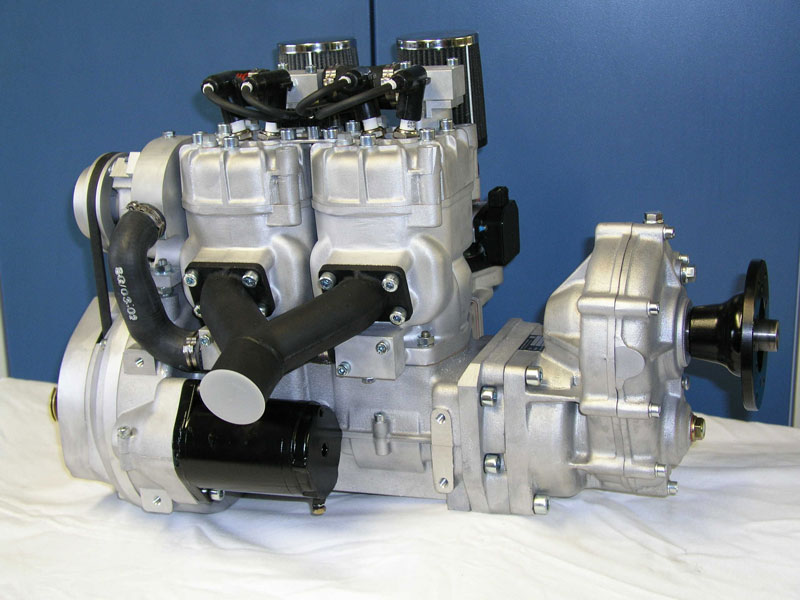 The Rotax 618 engine utilizes what the company RAVE, or Rotax Adjustable Variable Exhaust, to get about ten extra horsepower from an engine roughly the same displacement as their 65-hp 582 model. Look to see this innovation creep into other, smaller engines in the near future.

Other, more exotic upgrades are possible. How does a diesel two-stroke sound? Or a turbo two-stroke? Don’t laugh. Practical, affordable innovations like these may be just around the corner. 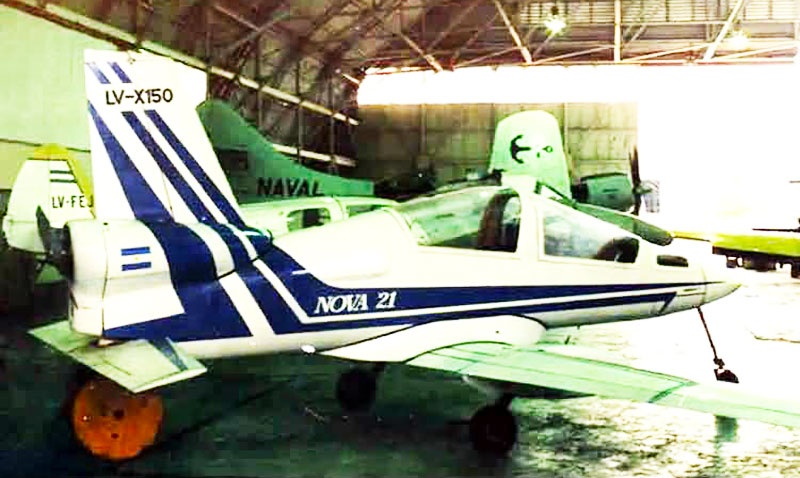 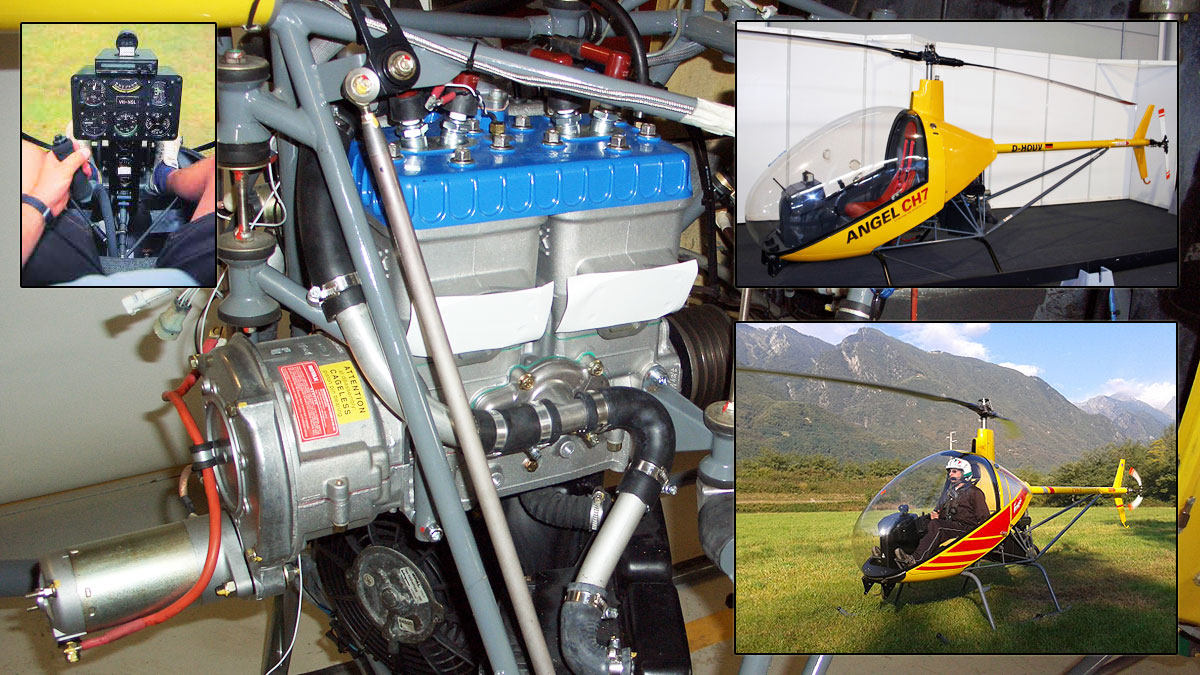