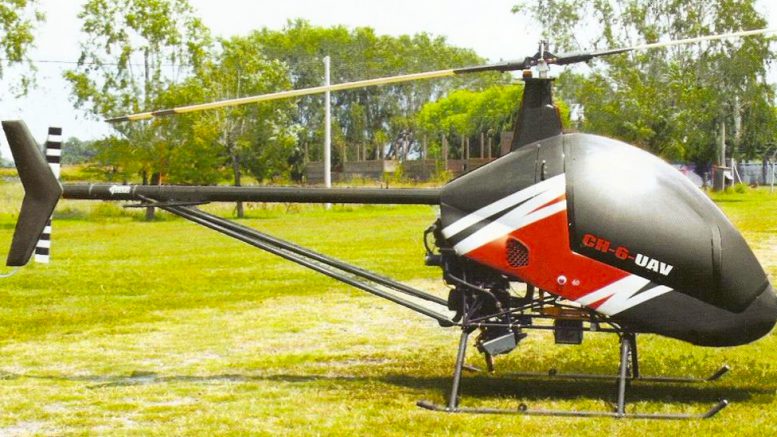 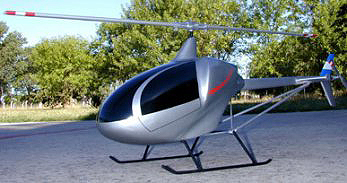 During this period, efforts were continued in further development and improvement of these associated models to refine and improve the designs overall. (CH-7 2000, CH-2000, CH-2002)

These models were primarily experimental test-beds for new designs that were soon to follow – that is why there is very little information available on these particular helicopter models. 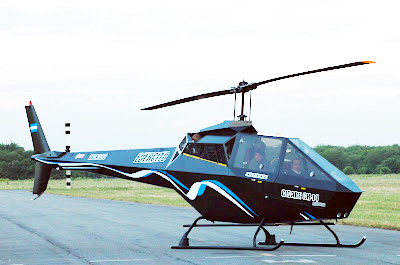 The Cicare CH-14, a multipurpose tandem 2 seat single turbine helicopter was originally designed for military use.

Was first revealed Nov 23, 2007 during the Army Aviation Day and is intended to be used in both civilian and military applications.

Looking much like the US Cobra Attack helicopters but built much lighter by design from the ground up. While it may appear to emulate the US Cobra helicopter, it does seem to be a bare-bones version without armament or weaponry being fitted. The helicopter is typically turbine powered with tandem seating giving a very streamlined military looking chopper.

It certainly has the future potential for protective light armour and mounting weaponry though, or even as a trainer for the military. There is a lot of information available on the internet for those wishing to find out more about this design. Simply “Google” Cicare CH-14. 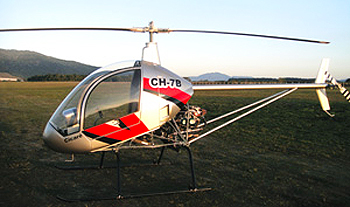 The Cicare CH-7B is yet a further refinement of the CH-7 single seat kit helicopter (previously known as CH-6) designed for sport and recreational use.

It is an evolution of the Ch-6 and CH-7 Angel helicopters with a notable increase in performance with the new refined version having been repowered with the Rotax 912 ULS 100HP four stroke engine adding to endurance, performance and reliability.

The CH-7B helicopter also features minor cabin changes along with engineering improvements. Quality Aeronautical components are used throughout its construction and its spacious cockpit and enhanced visibility allow for maximum flight comfort and enjoyment. 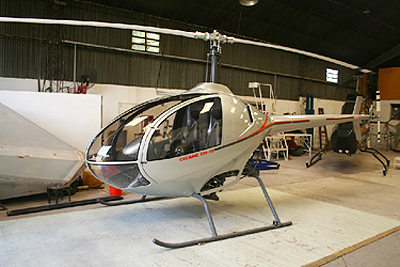 The two seat Cicare CH-12 is the latest company design. A two seat light helicopter for private and recreational use, it reflects the experience and skills of Augusto Cicare and the creativity of the avant-garde team of helicopter design engineers.

This particular design seems to incorporate the traditional style of helicopter swash plate along with a new composite cabin and tail boom.

The result is an aesthetically pleasing helicopter with mechanical ingenuity that leads to simplicity and optimal operation with inbuilt security. Currently, it is equipped with a Subaru EJ25 engine, however it has been designed to also accept a Lycoming O-360. 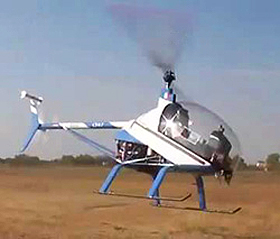 To give even greater reliability to sport helicopter flying, in 1996 Augusto Cicare created the CICARE CH-7 2000VL. It was later presented to the public in 2010 (images unavailable).

This was an ultralight helicopter with two seperate and independent engines that can land with only one of the engines operating, thus giving greater security and minimizing risks from engine failure during flight.

The following two models in the video were shown at the EAA Argentina Annual Meeting – with designer Augusto Cicare. 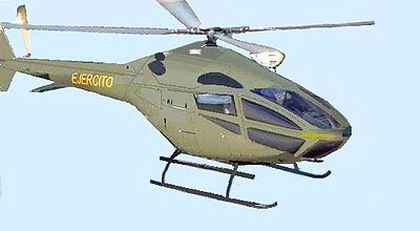 It looks like this is to be a competitor for the Hughes 500 or Bell 206 size helicopters though I wasn’t able to find any supporting information. You will note the advanced design rotorblade tips now popular for reduced drag, increased speed, and noise reduction. 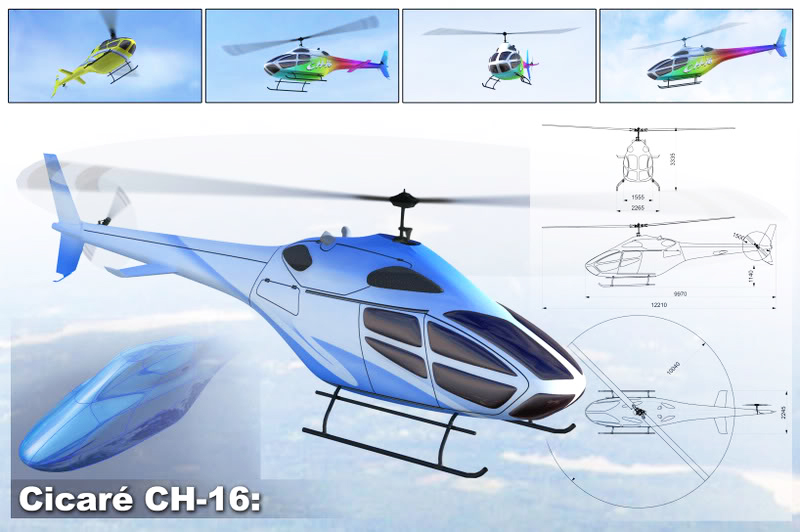 Currently, the company manufactures the SVH-3 Helicopter flight simulator/trainer and is starting the production of its latest designs: the Cicare CH-7B single seat, and the CH-12 two seat kit helicopters designed for military use.

Currently, the Cicare company manufactures the SVH-3 Helicopter flight simulator/trainer and is starting the production of its latest designs: the Cicare CH-7B single seat helicopter, and the CH-12 two seat kit helicopter designed for military use 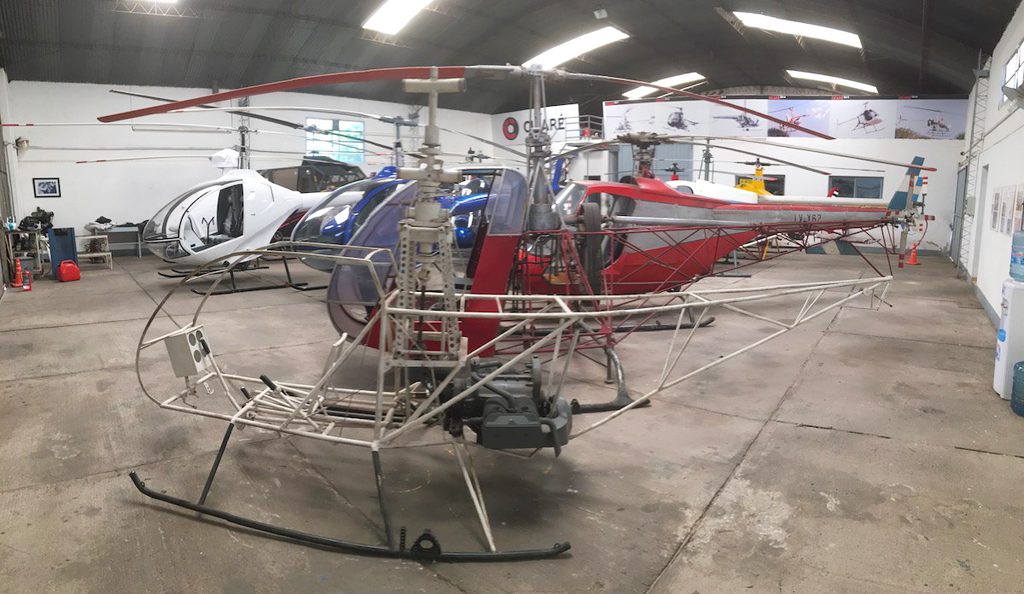 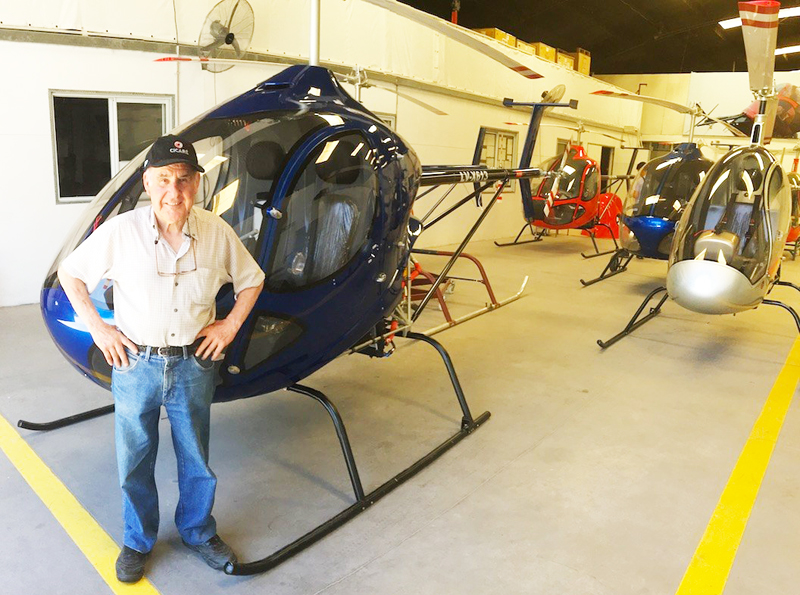 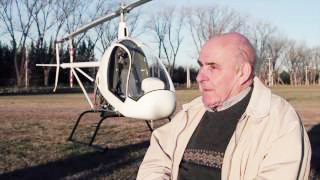 Evolution Of The CH-7 Angel Helicopter