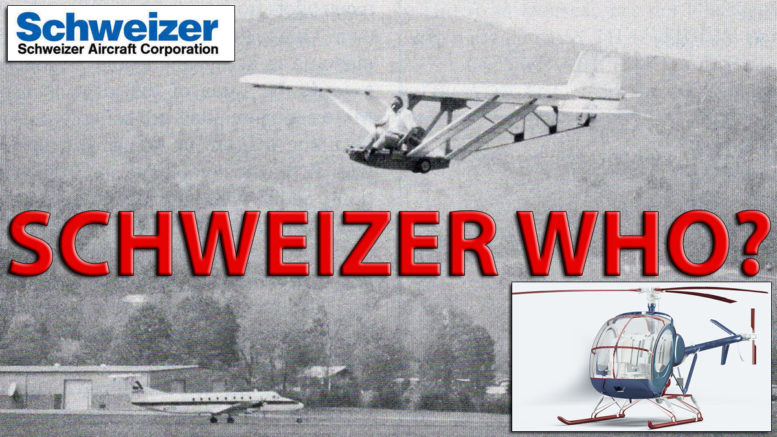 History was repeated at Schweizer Aircraft on 20 May with the “first flight” of the SGP 1-1, an exact replica of the first Schweizer glider built 59 years ago. Seventy-six-year-old Paul A. Schweizer was once again piloting the 275-pound primary glider.

Other members of the Schweizer family, who also took a turn at the controls, included 72-year-old William Schweizer as well as current Schweizer executives, Paul Hardy, Stuart, and Les Schweizer. 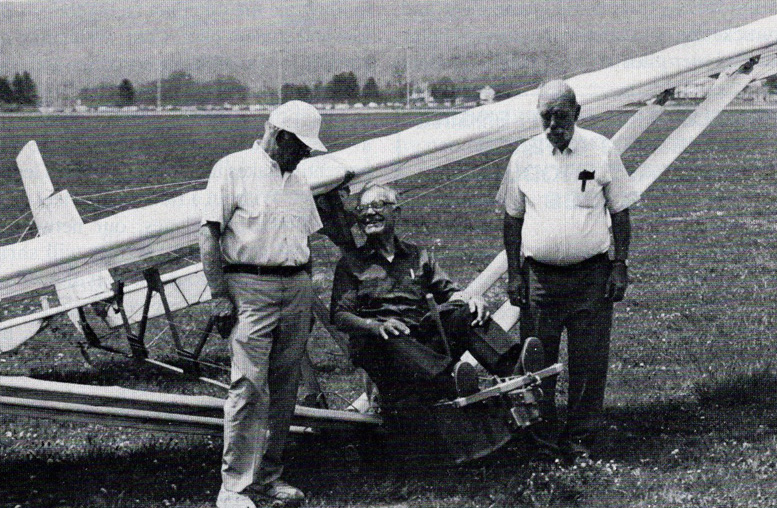 The replica of the first Schweizer glider is seen with brothers William, Paul and Ernest Schweizer, and then in flight with Paul at the controls, to commemorate the company’s 50th anniversary.

Observing from the runway was the third Schweizer brother, 77-year-old Ernest Schweizer, designer of the original aircraft and organizer of the replica project. The flight of the SGP 1-1 was the first of many special events planned by the company to celebrate its 50th year of operation.

Schweizer Aircraft was incorporated in Elmira, New York, on 15 December 1939, as a manufacturer of sailplanes. Today it thrives as a diverse aerospace company that produces a wide range of products including helicopters, agricultural aircraft, reconnaissance aircraft, and aerospace subcontracted components.

Schweizer Aircraft is the last of the closely held family aircraft companies in the United States. Fifty-nine years ago, the three teenaged Schweizer brothers, Ernest, Paul and Bill, met with their glider club friends in the Schweizer family barn and built their first primary glider.

Throughout the 1930s, the Schweizer brothers built a series of gliders. Their ensuing interest in gliders, along with a deep respect for the pioneering efforts of fellow aviators, provided the impetus for the formation of a glider company bearing their name, Schweizer Aircraft Corp.

Schweizer Aircraft’s reputation in aviation was created by its long involvement with gliders and sailplanes. The company manufactured 17 separate models and over 2200 sailplanes during its venerable career. 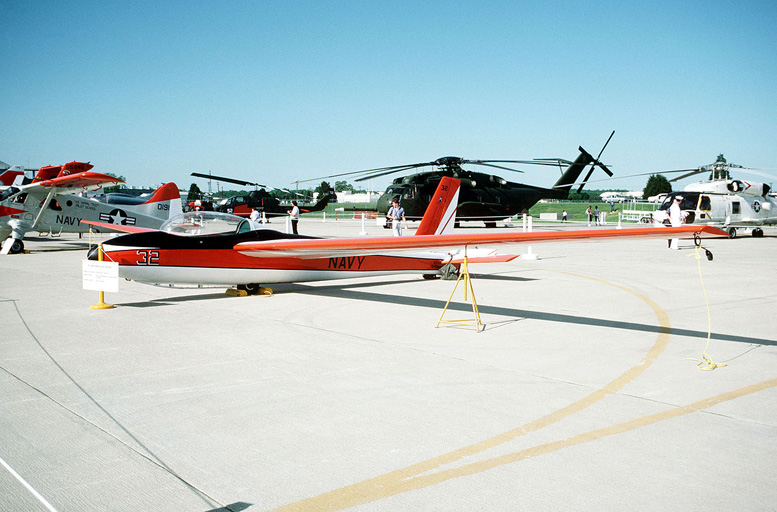 In 1981, Schweizer Aircraft was awarded FAI’s Diplome d’Honneur for its contribution to aviation with its sailplanes. Today, Schweizer’s sailplane heritage lives through the company’s line of reconnaissance aircraft that have been developed as derivatives from its high-performing sailplanes.

Schweizer’s main product during the 1960s and 1970s was the Ag-Cat agricultural aircraft. Initially manufactured under subcontract to Grumman, Schweizer purchased the product line in 1981. To date, the company has manufactured over 2700 aircraft. 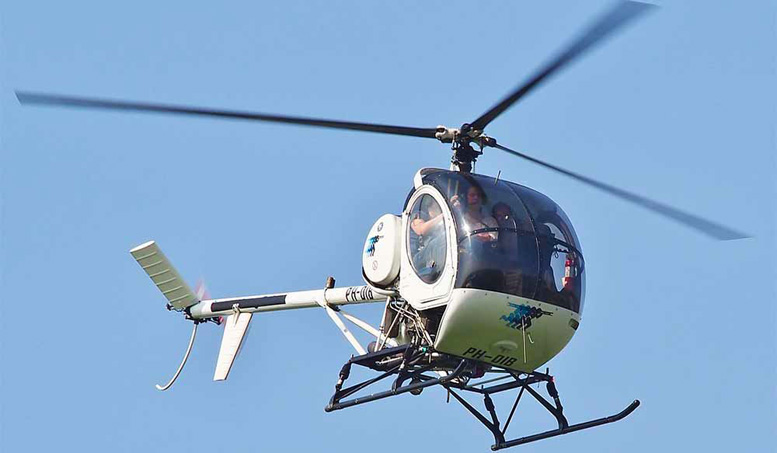 Schweizer acquired rights to manufacture the Model 300C helicopter from Hughes Helicopters in 1983. The product line buy-out was consummated in 1986 and it now represents over 50 percent of the company’s gross sales.

Schweizer has established a strong market position in the light helicopter industry and will produce 80 Model 300Cs during 1989. Along with the turbine-powered Model 330 helicopter now in development, Schweizer has made a major commitment to its helicopter products. 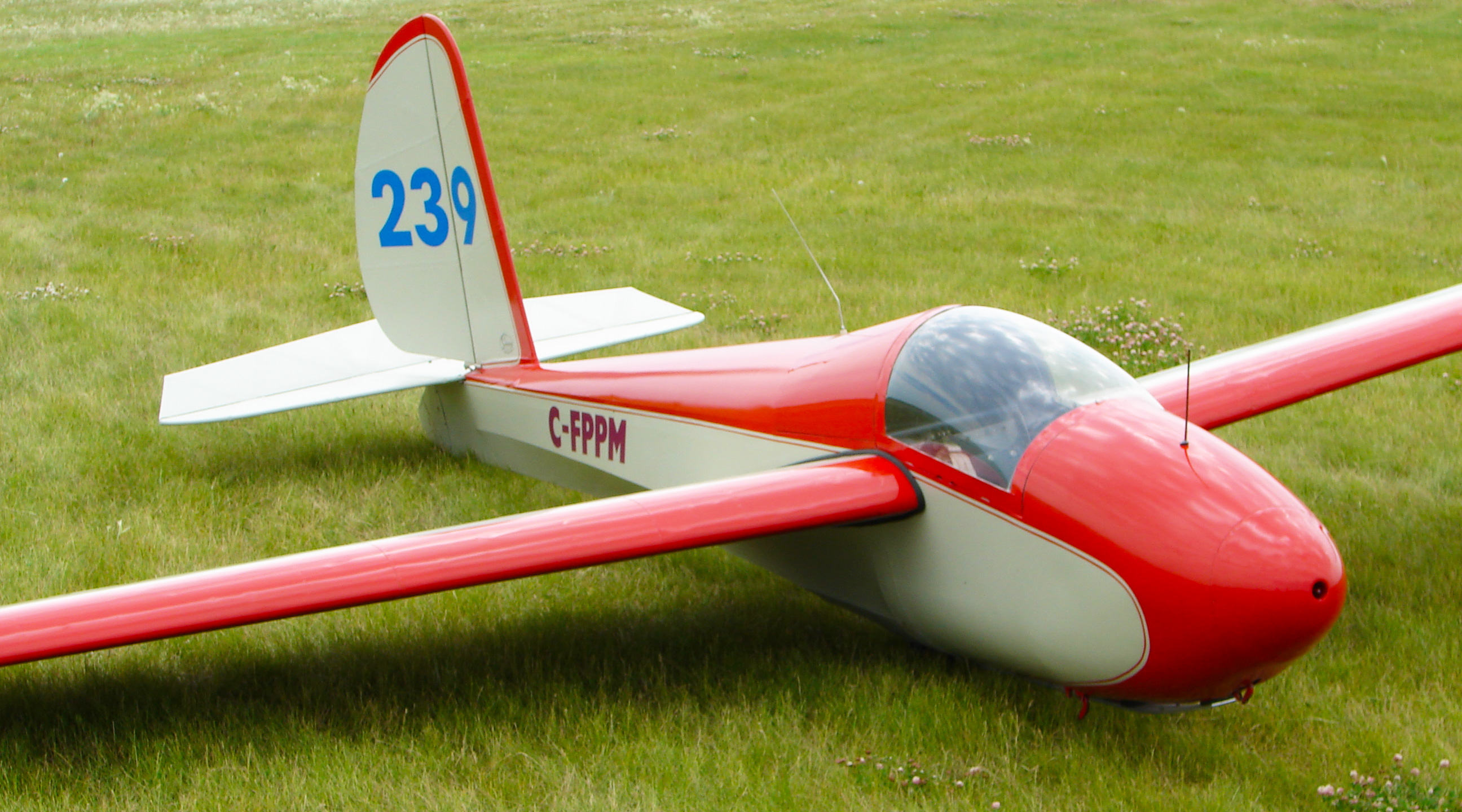 Although initially founded as a glider company, during World War Two Schweizer branched out as a subcontractor to large aircraft companies. The company’s diversification enabled it to remain in business during the lean times after the war and provided the foundation for the present identity of the company.

Today 25 percent of sales are associated with subcontracts to the major aerospace firms such as Boeing, Bell, Sikorsky, and McDonnell Douglas. Schweizer Aircraft’s modern, versatile manufacturing facility enables it to design, tool, and manufacture a wide range of components.

Although Schweizer Aircraft of 1989 little resembles the glider company founded fifty years ago, the company’s origins are the reasons for its success: The integrity and vision of its founders will guide the organization into the twenty-first century. 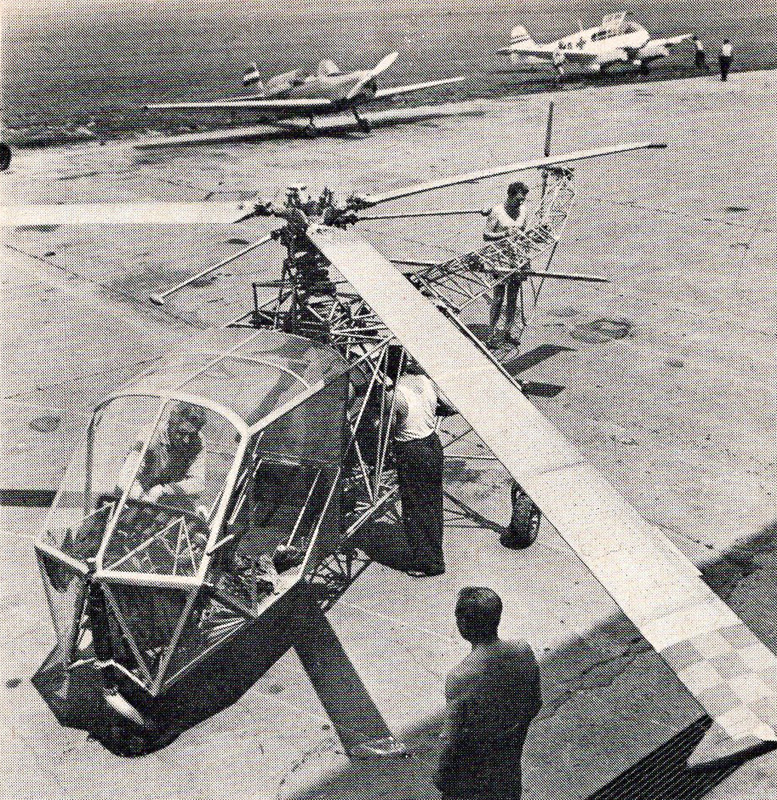 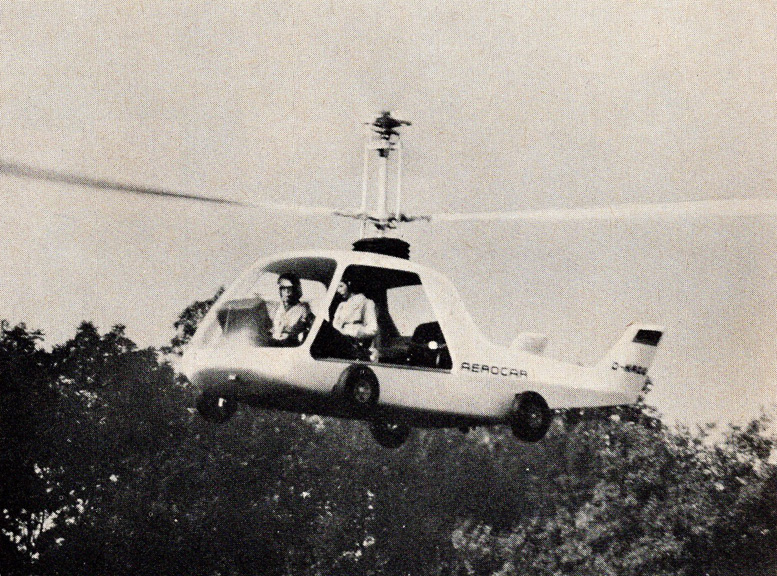 Helicopters do not. . . “slide off the ground cushion” at about 10 or 15 knots. Ground cushion, actually called hover ground effect, is reduced only with altitude (in still air) similar to ground effect in fixed-wing aircraft. Translational lift does not result in a . . . “left-rolling tendency” Two major events occur as the helicopter transitions from a still air hover to forward flight. 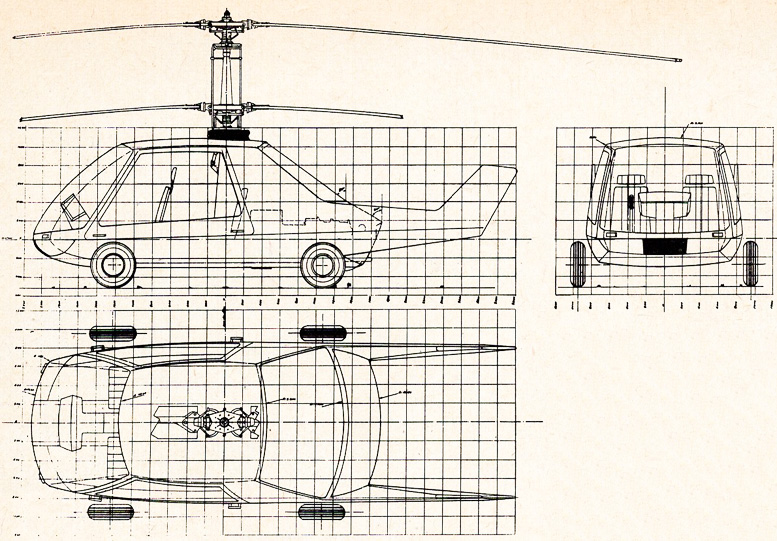 1. Effective Translational Lift: The rotor system efficiency increases with each knot of forward airspeed. This is because the rotor has more air per second to work on. This additional air is also less disturbed and more horizontal in its inflow to the rotor.

All of these factors combine to increase performance. As the helicopter gains speed, the tail rotor begins to fly out of disturbed air (rotor downwash) and becomes more efficient, allowing the pilot to relax left pedal (US ships) pressure.

At 16-24 knots, the rotor completely outruns the recirculated air (its own) and begins to work in relatively undisturbed air. The nose of the helicopter will then pitch up requiring forward cyclic for compensation This pitch up is the result of two factors: Gyroscopic precession (from the 3 o’clock advancing blade) and dissymmetry of lift.

2. Transverse Flow Effect: At 10-20 knots, air passing through the rear portion of the rotor disc has a greater down velocity (greater induced flow angle) than air passing through the front portion. This causes a reduced angle of attack at the rear, and thus less lift. At the same time, there is more lift at the front of the disc because of a more horizontal relative wind..

This momentary difference in disc effectiveness (front half vs. rear half) may cause vibrations and, due to gyroscopic precession, a right rolling tendency. 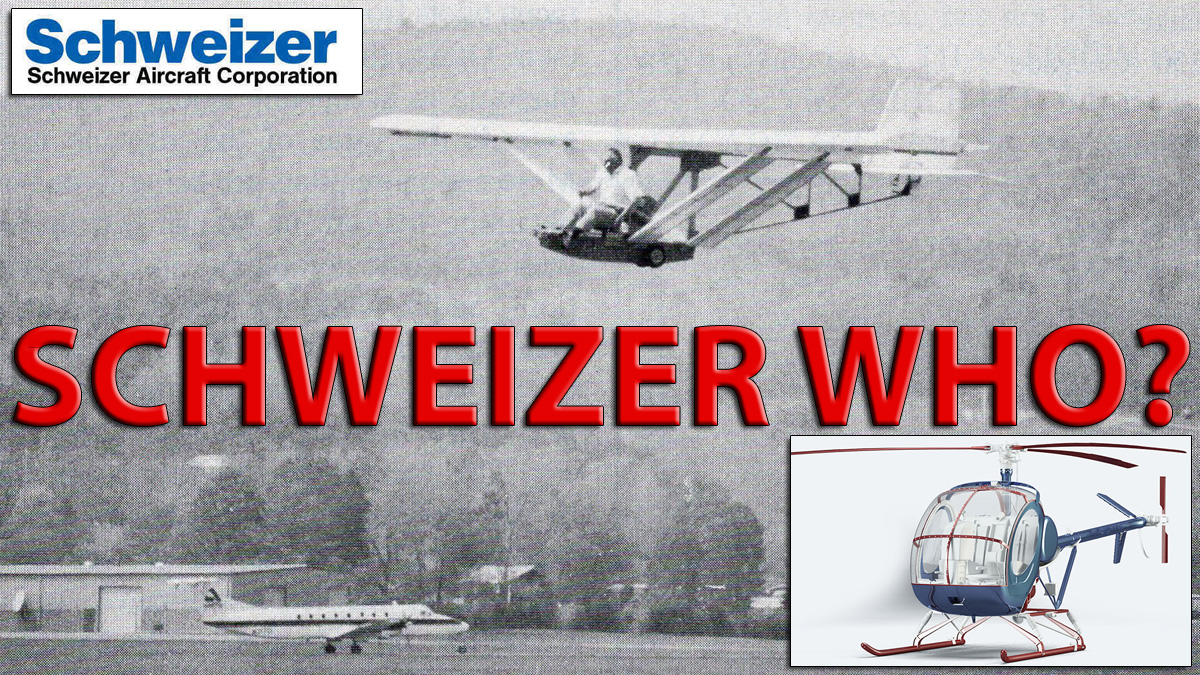 Be the first to comment on "Who Is Schweizer?"