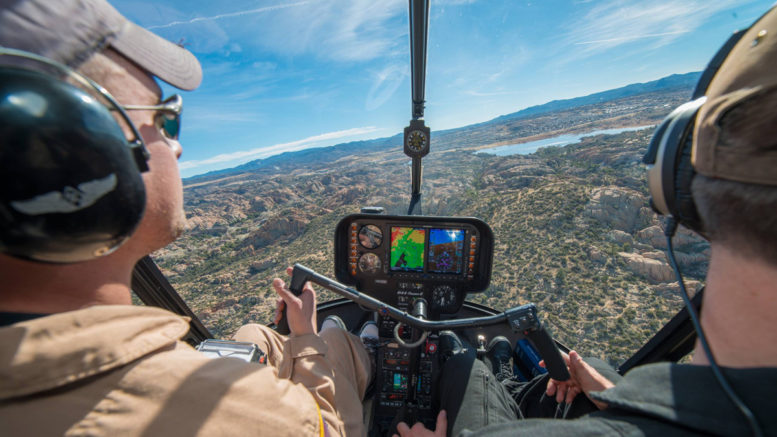 Build & Fly You Own Kit Helicopter

I’m thinking of buying a kit and building one of those new lightweight homebuilt helicopters, now that the price is finally down to something I can afford. What do you know about helicopters, and how safe are they to fly?

We could answer your questions more easily if I knew whether or not you’re a licensed pilot, and/or what kind of flying experience you have?

Lacking this information, however, I’ll address your letter in several ways:

In the past few months, there have been at least three miniature homebuilt helicopters put on the market. These single seat personal helicopters are becoming instantly popular with would-be helicopter pilots. 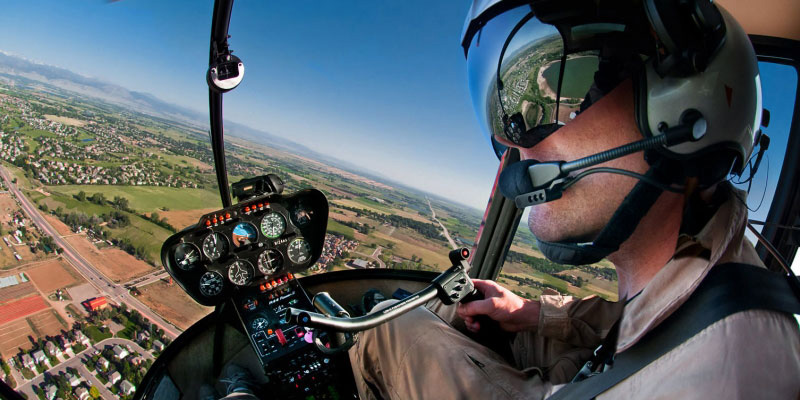 At this time, none of them meet the current 254-pound ultralight weight requirement – though sooner or later, they will get there. If and when the proposed rules are activated, at least one or more of them should qualify by weighing under the new 360-pound limit.

For the next two years, your helicopter must be registered as a homebuilt. The FAA will inspect it, then assign it an official “N” number and issue the paperwork, making it a “legal” homebuilt experimental helicopter. The aircraft is ready to fly.

For these and other reasons, it’s probably best in the long run to learn to fly helicopters at a commercial helicopter school. Learning to fly helicopters will be expensive; not being taught by a professional could be even more costly – and we aren’t talking dollars and cents either!

Because the newly available homebuilt helicopters are all single-place aircraft, you won’t be carrying passengers, so it’s possible for your instructor to sign you off for solo flight after dual instruction.

Since your homebuilt helicopter is a far cry from the Robinson R22 or Hughes 269 commercial helicopters in which you were taught to fly, your instructor may be reluctant to put his license on the line by signing you off to fly your own helicopter solo. If you’re already a licensed pilot, you have a leg up on the above procedures.

For fixed wing pilots, you can get a helicopter add-on rating for only a fraction of the cost it would take to get your private license in helicopters. Once you’ve become legal to fly your helicopter, there are other factors to consider. One of them is called “the envelope!”

Wind does play a part in this equation, as does density altitude.

A very important element is the reliability of the engine. If your helicopter is cruising along at 50 mph at about 50 feet of altitude and your engine quits, you’ll probably be within your helicopter’s auto-rotating envelope, and will able to land safely, if you’ve learned how to respond to that situation.

If, on the other hand, you’re hovering 50 feet off the ground, and your engine stops, it would be highly unlikely that you and your helicopter would survive the downward motion. That’s why you must have some professional training before attempting any flight in your lightweight helicopter.

One of the major fears of lightweight homebuilt helicopter kit manufacturers is that one (or more) of their aircraft may be purchased by an ordinary citizen (a non-pilot) who’s always dreamed of having his very own helicopter.

Once it’s built, this person will think he can go out and teach himself to fly the aircraft on his farm or other remote location. You can see that the possibility of accidents with this kind of reasoning can be astronomical. Buyer beware – the kit is only part of the price/project.

While the builder may have constructed the helicopter correctly, accidents may be caused by incorrect care of the engine, and/or incorrect training (or lack of it). While there have been a few builders that have succeeded in self-teaching, the other 99% fail with catastrophic consequences!

Some of our readers may have heard that gyroplanes are easy to fly and think that the same is true of homebuilt helicopters, but nothing could be further from the truth. Not only is a helicopter much more difficult to fly, the principles of flight of each of them are completely different.

For one thing, while a helicopter depends on the continuous operation of its engine for flight, the gyroplane does not. Some of the new helicopters have two seats, so more reliable certified aircraft engines like Lycoming 150s and 180s are the recommended power plants. 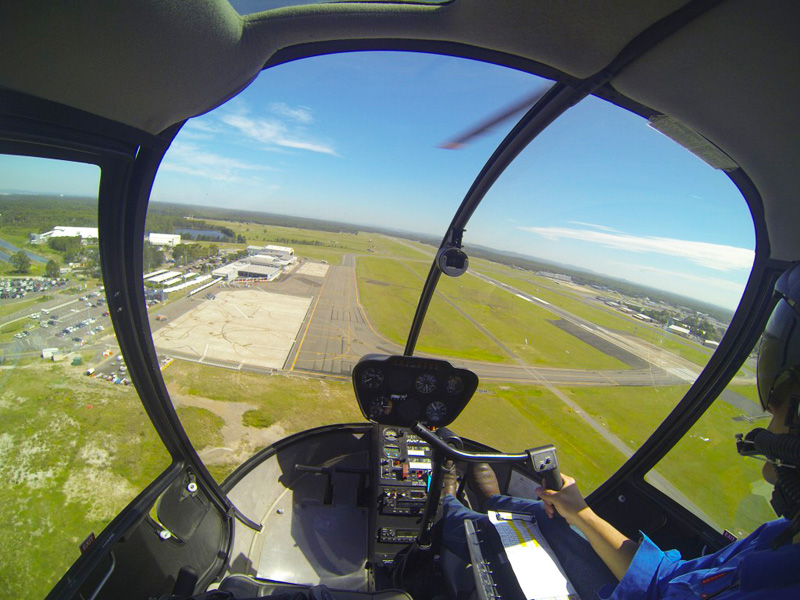 These engines have a great track record in small helicopters like the Robinson R22, and with a properly trained helicopter pilot in command, aircraft of this type should have as good a flight record as any other similarly powered helicopter.

In my years of experience as an A&P and an IA, I’ve repaired and inspected a large number of turbine helicopters, and I can vouch for the fact that they require a very high rate of maintenance. As in any other aircraft, problems should be addressed before it affects the operation of the aircraft in flight.

In other words, fix the problem before it fixes you. Learn everything you can about your helicopter and its operation before, during and after you’ve learned to fly it because it’s really a very sophisticated flying machine and should always be treated with respect. 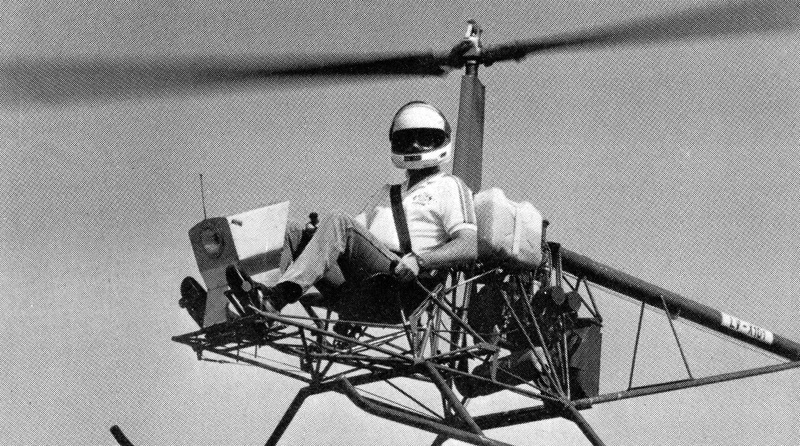 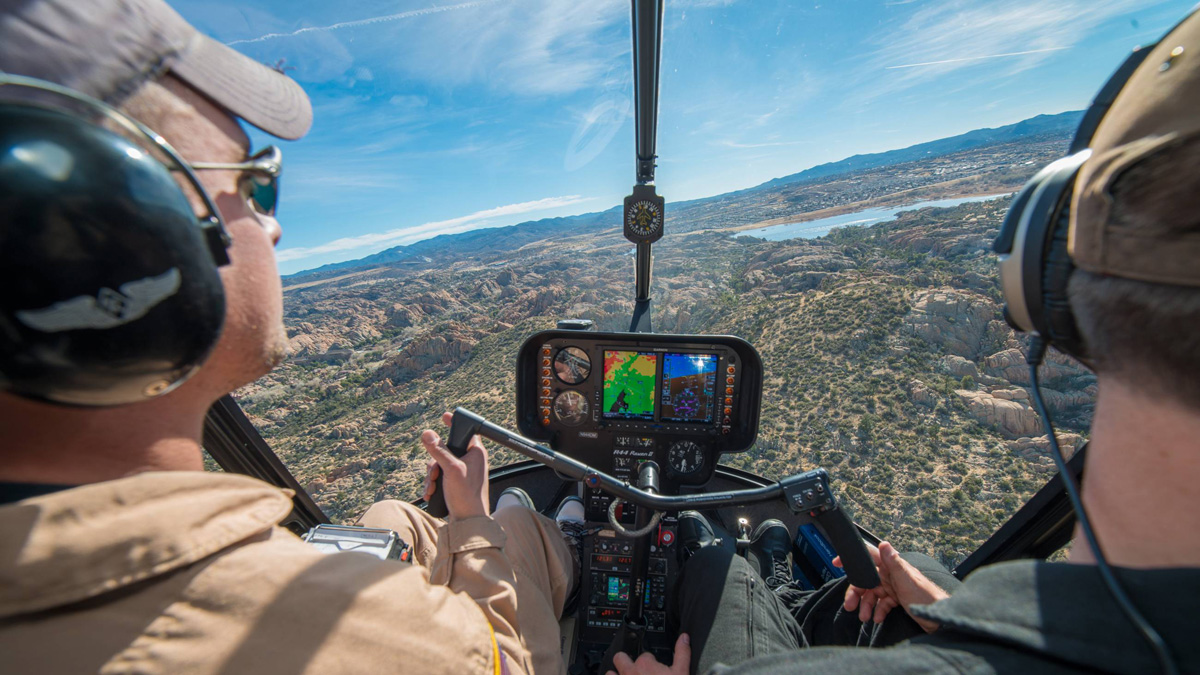 Article Name
Homebuilt Helicopters & Pilot Licences
Description
1991 continued the explosion of homebuilt helicopters across America. But with these new design, came a number of questions - much like this one...
Author
Peter Price
SHARE TWEET PIN SHARE