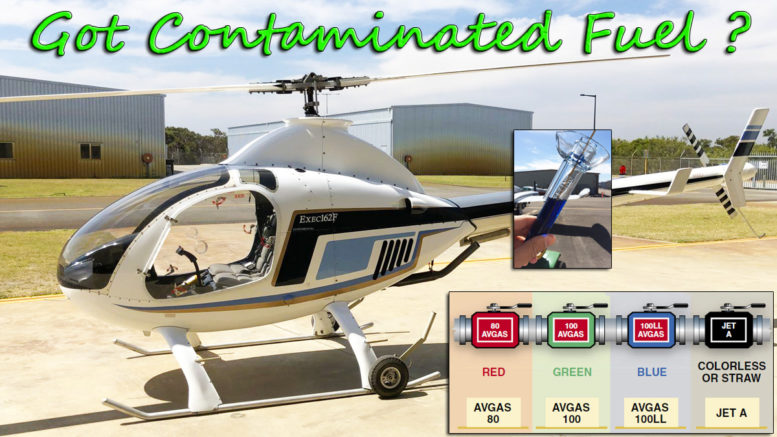 For several years Eric enjoyed the new found freedom of being able to fly his own helicopter throughout the Ozarks of Missouri. He followed safe-flying procedures by always keeping an emergency landing area within the autorotation range of his helicopter.

On one particular afternoon he departed work, where he was allowed to hangar his helicopter, to fly to his parents’ lakeside lodge on Table Rock Lake near Branson, Missouri. As was his custom, he fueled his RotorWay Exec 90 with auto fuel containing 10% ethanol.

The flight proceeded without problems for the first half of the cross-country when he noticed that the engine began loosing power and running erratically. Eric immediately entered an autorotation and guided his helicopter toward a small open field that he had designated as one of his many emergency landing zones along his route.

During the autorotation the engine completely died and Eric performed a perfect power-off landing with no damage to his helicopter. The landing spot was in an area with cell phone coverage so he was able to make a few calls and arrange for some help to extricate his helicopter and return it to his home.

Once Eric had his helicopter back home he determined that the engine was not getting enough fuel to operate. He removed the bowl from the carburetor and found that it was completely full of a whitish colored gel instead of gasoline. Ethanol has an affinity for water and absorbs any water that comes into contact with the fuel.

This water can be in the form of humidity in the air or water condensation on the inside of the fuel tanks or fuel transfer containers. Over a period of time the ethanol present in the fuel that Eric filled his helicopter with began absorbing moisture and the resultant gel stayed in the bottom of the carburetor bowl.

As more ethanol mixed with more water in the environment, the carburetor bowl filled with more and more gel until there was no longer enough room for the gasoline to flow through the carburetor to fuel the engine. When that condition was reached, during that last flight, the engine finally was unable to continue running and the only option was an autorotation to the ground.

Eric now only burns 100 low lead aviation fuel in his RotorWay engine. He is not willing to risk another fuel contamination episode in his helicopter. The second fuel contamination incident happened very recently. Andrew Burr built a beautiful RotorWay 162F named Frankenstein that is powered by his new VPS engine.

I personally performed all of the test flight hours in this helicopter and found the engine always running perfectly with an abundance of reserve power. Once all of the engine testing was completed and Andrew had built another five VPS engines for his beta testers to fly in their own RotorWay helicopters, Andrew sold his Frankenstein ship to a fellow in Alabama.

This new owner knew he needed to lose at least 50 pounds of weight before he would be legal to fly his new RotorWay. After months of trying he decided that it would be easier to just sell the helicopter than stay on the rigorous diet. He quickly found a buyer and the deal was completed.

He hired an instructor with experience in RotorWays and began his flight training. The training was proceeding along well and a cross country flight was planned. The new owner was using a fifty five gallon drum with an electric fuel pump to transfer fuel into the helicopter between flights. Following fueling the helicopter, the cross country training flight was initiated.

About half way to their destination the engine began to loose power and the flight instructor took control of the helicopter and completed an autorotation to the surface. The helicopter was transported back to Andrew Burr for rebuilding. With the owner present, Andrew removed and cut open the fuel filter to determine the cause of the engine stoppage.

When he removed the element from the fuel filter he found that the membrane was totally plugged with debris. He asked the new owner about the fueling technique that was used each time the helicopter was fueled. The new owner told Andrew that they had used a 55 gallon drum containing the gasoline. The fuel was then pumped from the drum into the helicopter.

Andrew asked if there was a filter installed on the fueling apparatus. The answer was NO. There was a meter for determining the amount of fuel that was transferred, but there was no filter in the system. The conclusion was debris that was in the old fuel drum was sucked up by the pump and transferred into the helicopter fuel tanks.

This debris then found its way into the helicopter’s inline fuel filter where it began clogging the filtration medium. Once the filter was clogged with enough debris to restrict the fuel flow to a level below that needed for power operation, the engine lost power.

It is imperative that the fuel that is placed into your helicopter is clean and of the correct composition to prevent a repeat of either of these true stories. It is my hope that by sharing these events someone may avoid losing their helicopter to a similar fuel related event.

Editor’s Note: If you are not sure of the purity of your past fuel, be sure to check your carburetor and/or your fuel filter. Then contact your fuel company or source. Fly safe, Orv Neisingh 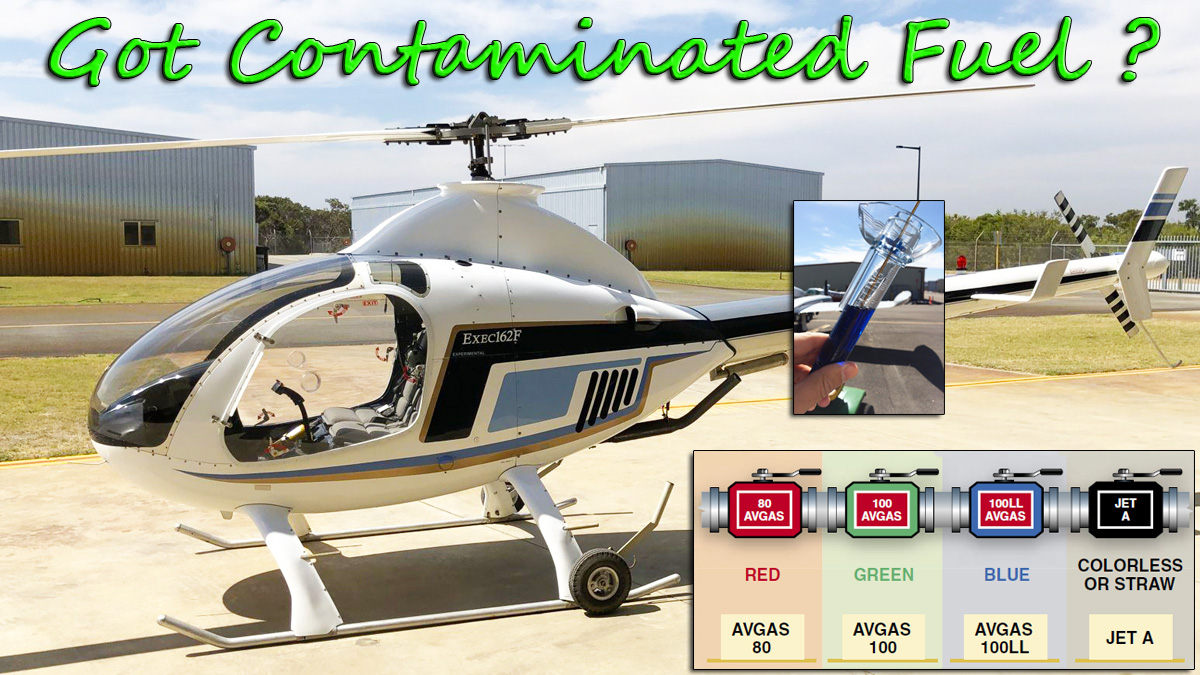 Article Name
RotorWay Exec 90 Fuel Contamination
Description
Are you an unsafe pilot and not even know it? Its hard enough keeping up with maintenance and flying a helicopter, but what if we are unwittingly poisoning it? It's just a matter time till you'll be calling on your auto rotation practice.
Author
Orv Neisingh
SHARE TWEET PIN SHARE

Be the first to comment on "RotorWay Exec 90 Fuel Contamination"