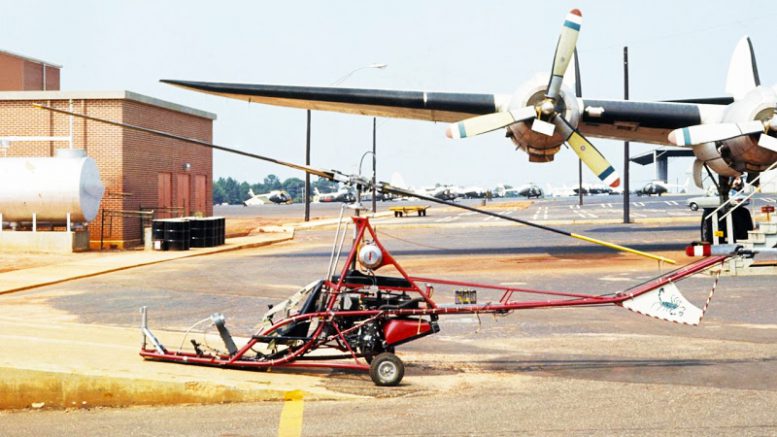 The RotorWay Helicopters success story didn’t happen overnight. It is the culmination of thirty-three years of perseverance, progress in design and engineering development, resolute determination against the odds, tireless dedication, and genuine, hard work by a group of people who believe in the company’s mission: to provide the rotorcraft customer worldwide with a safe, affordable way to experience their dream of helicopter flight. Now the world’s oldest and largest kit helicopter company, RotorWay (employee owned since 1996); and it’s helicopter had very humble beginnings.

A HELICOPTER IS BORN

Though relatively unknown even to this day, there was a prototype for a model that actually preceded the Scorpion, with testing having begun as early as 1961 using a 40 horsepower motorcycle engine for power.

Named the Javelin (in several different forms), this first attempt by RotorWay Aircraft founder, designer and builder, B.J. Schramm, turned into a learning process that led to the eventual success of the Scorpion, the company’s first production helicopter, offered in 1967.

The Rotorway Helicopters Scorpion 1 was the first real kit helicopter on the market that actually flew. It generated a tremendous amount of excitement in the aviation world. This was an experimental aircraft in the truest sense of the word, the company pioneering a concept of individual helicopter ownership and flight and making it a reality.

It was not meant for the commercial market, but rather for the sport-flying public. While priced at $6,000, far more than the average car at the time, it still opened the possibility of individual helicopter ownership to a whole new audience. 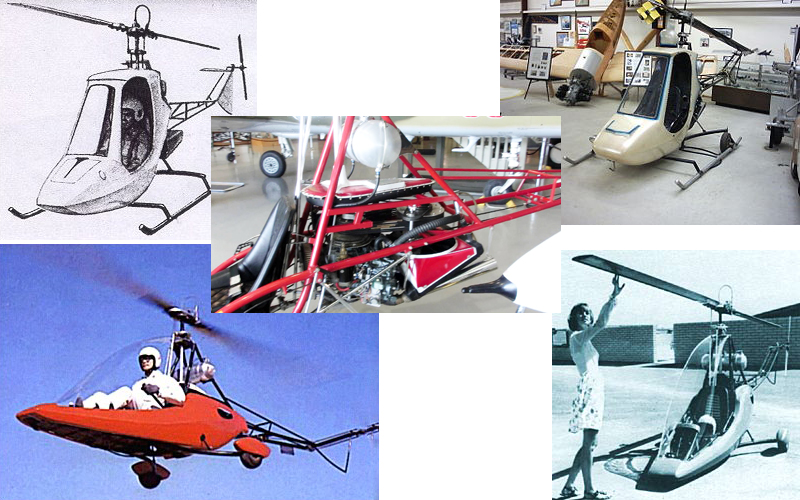 The greatest challenge was to design a helicopter that the average customer could actually build while providing the essential elements required for helicopter flight. Of all the systems available for propulsion, RotorWay chose what had proven to be one of the most efficient systems and paralleled the design also used on most light commercial helicopters at the time.

A standard main rotor with a tail rotor to counteract the torque. Analyzing the pros and cons of three classical types of rotor hub systems (semi-rigid, rigid and fully articulated), RotorWay opted for the semi-rigid system for the Scorpion.

In this system, the collective and cyclic controls were kept completely distinct by a patented system which used a flexible push-pull cable for control separation. All controls functioned with precision bearings and quality dampening devices.

This breakthrough in design, along with an extremely simplified rotor blade and off the shelf drive train components all served to make the RotorWay Helicopters extremely simple in design, never sacrificing structural strength. This was RotorWay’s constant objective. 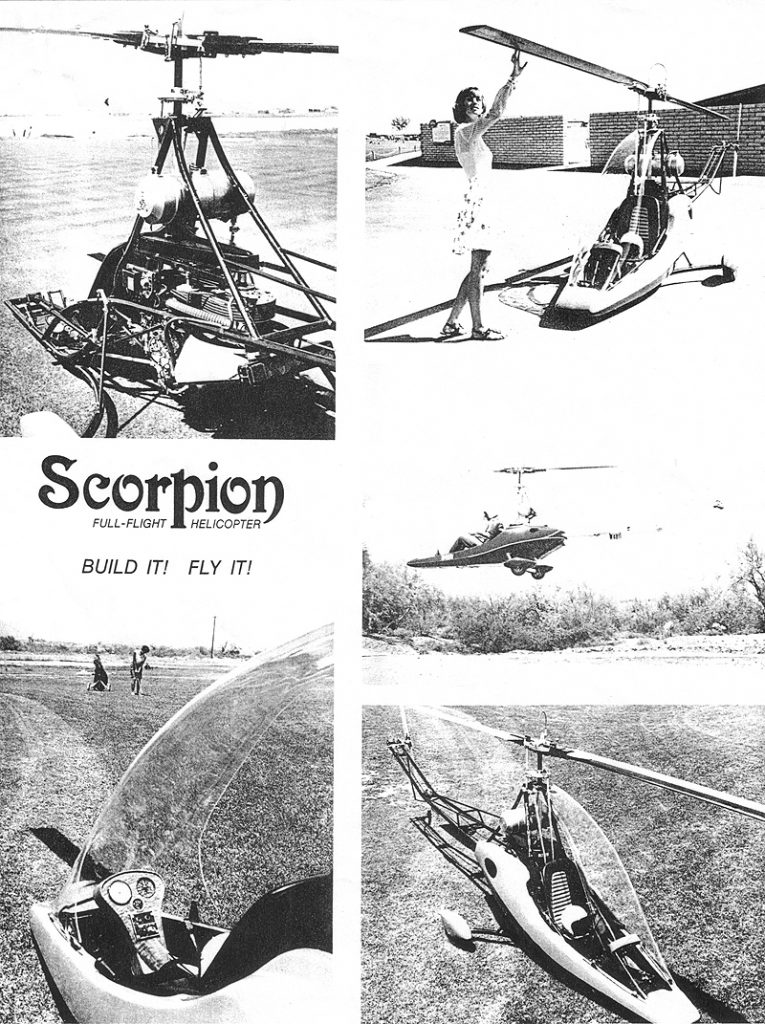 The original design helicopter, whose prototype was first flown in 1966, had very low life limits on the major components. This was the main weakness that needed to be addressed with further research and development.

With the help of consulting engineers, along with creative input and ideas from innovative customers, an improved version of the Scorpion was introduced in 1971. Among the improvements made were all-aluminum rotor blades, a 115 horsepower OMC 2-cycle engine (Evinrude Vulcan V-4 outboard motor) and a heavier drive system (shafts and bearings).

The Rotorway Helicopters Scorpion 1 Helicopter also utilized a system of v-belts to drive the tail rotor. This had a number of inherent safety features. First of all, the belts were not subject to torsional fatigue as in a long shaft. Secondly, the tail rotor drive gearbox overheating was eliminated.

The result was that maintenance was both simplified and reduced. Build time was approximately 600 hours with far more of the fabrication done by the builder than in the current model. It proved to be an extremely popular product and set the stage for even better things ahead.

….from the Rotorway Scorpion One construction manual

The heart and soul of the VTOL vehicle known as the helicopter is its rotor system. When we begin design on a rotary-winged vehicle the first thoughts after deciding what size helicopter we want to build, are turned toward the rotor system. Rotor blades are designed specifically for each individual helicopter design. There are many reasons for this.

They include the gross weight of the ship, the r.p.m. they will operate at, the desired speed of the vehicle, the fatigue life they are projected for, economic factors, construction considerations, and several other lesser factors. From this it is readily apparent that to try to use the design of a blade from one helicopter on that of another would be very questionable.

Not only must a helicopter blade be specifically designed, it must also stand up under the rigorous operation it performs. Unlike the autogyro blade, the helicopter rotor blade has a multiple mission, It must stand stress loads subject not only to lift and centrifugal force, but to torsional loading caused by pitch changing, and the high twisting loads applied by a powered main shaft.

Bear in mind that a movement however minute made to the cyclic control in a helicopter requires that each blade in the rotor system respond in an identical and like manner with infinite precision, all the while being subject to extremely high stress loads.

Any deviation in the flexure of one blade from root to tip from another, will result in feedback. If severe enough, this feedback will cause an out-of-phase condition to occur in which one blade will seek a different track in respect to another. This condition may not only cause a shake in the cyclic control it may cause self-destruction regardless of any attempted pilot correction.

To insure the safety of all future Scorpion pilots a thorough test program on the Scorpion rotor system has been conducted over a lengthy period covering every conceivable flight condition. The Scorpion rotor blade design has proven itself unquestionably.

To fly the Scorpion without its blade design would negate a great portion of the safety features inherent in this ship. Not only have the Scorpion blades performed with a remarkable safety record, they are also an original design concept which will set the pace for future blade design in ultralight sport VTOLS. As proof of this, the United States Patent Office has granted a letters patent #3,356,153 to this design.

This blade is primarily of metal construction. A D-section steel spar secures as the leading edge. A V-section aluminum covering interlocks with the leading edge and forms the trailing edge of this blade. These components are bonded to a hardwood center section which serves as a filler for the forward half of the blade.

This selection and assembly of materials gives us the advantages of the following features:

A blade combining the features herein discussed is nearly impossible to fabricate without using sophisticated techniques and heavy machinery. Even though a substantial investment has been made in tooling and equipment by Rotorway, the cost of Scorpion blades has been held to a figure several times lower than the nearest commercially available blade and only slightly higher than the simpler autogyro blade designs. Due to the tooling required for forming and assembling the components for the Scorpion blade, plans for these blades are not supplied.

Rather than expect the homebuilder to fabricate and- assemble these blades to the precision required for smooth flight, Rotorway is offering a pre-finished blade package which includes the blade components built up and precision assembled for the builder. (See pre-finished blades, Rotorway Parts Catalog). The Scorpion blades have proven themselves to be a worthy and safe design. Rotorway is pleased to offer them to Scorpion builders. 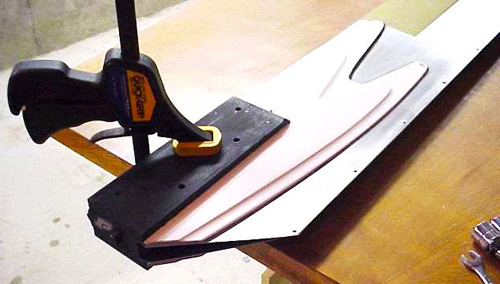 General: The pre-finished rotor blade package for the Scorpior Helicopter contains the following: The blade component parts are precision bonded together using our blade assembly fixtures.

Assembly: To complete construction of the blades will require following the step-by-step instructions included. The doublers will need to be cut out and bonded in place. The seams and screw heads must be filled with the filler material provided.

Wood end plugs must be fit and installed. Pitch horns completed to print with material provided. The retention straps will be fitted and drilled and bolted in place as per instructions. ‘When blades are installed on your hub,the balancing procedures which are carefully explained must be carried out. 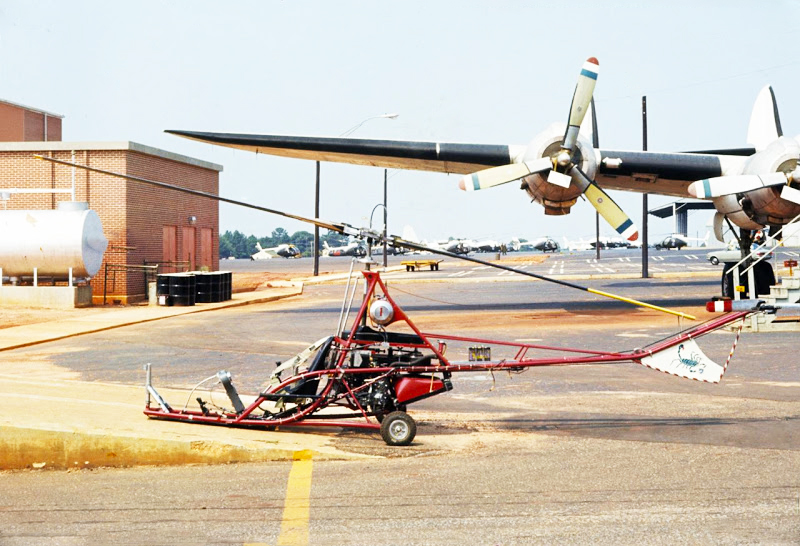 Be the first to comment on "Rotorway Helicopters Scorpion 1 Helicopter"