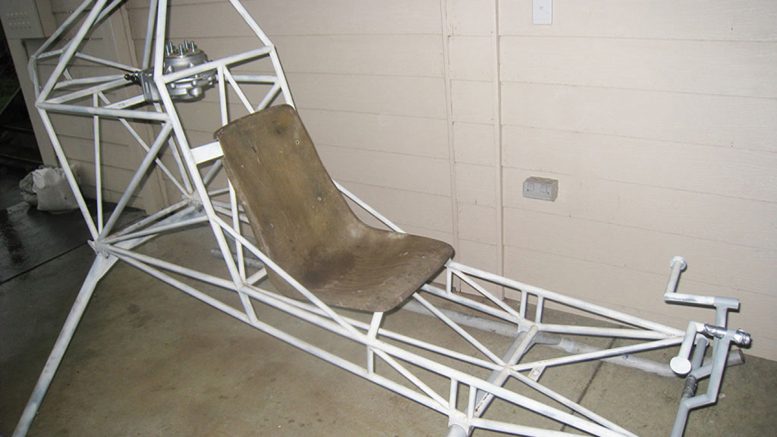 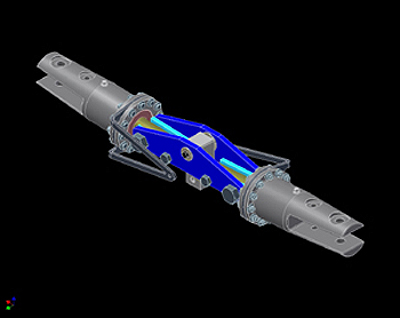 Our Spider helicopter design is aimed at those who have a little more time, skill and money to be rewarded with a higher performance machine.

NOTE: We currently have our high performance single seat helicopter design on hold. We do not have an expected release time or date for this design. We will be revisiting this design at a later stage as funds permit.

Please feel free to make a donation to Redback Aviation as all contributions are used directly for the running of our website and for the research and development of affordable helicopter designs to be released as plans. 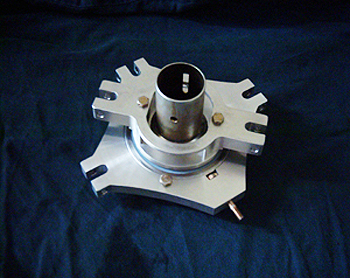 Our vision is to provide a lively and powerful helicopter with a cruise speed of around 95kts. The Spider helicopter will have a welded 4130 chromoly steel airframe (sub-frame) with a streamlined composite cabin.

It will be powered by a converted diesel auto engine driving a clutchable V-belt reduction with automatic engage, similar to the R22 helicopter, to a conventional right angle gearbox (auto part conversion).

We plan to use composite main rotor blades which contribute to its high performance.

Further details will be released on this website as design development and testing progresses.

Please note that this description relates to our prototype currently in development and may change with the final design when released to the public.

We have no plans to design or sell a two seat helicopter at any stage due to increased complexity and expense in developing such a craft.

It’s been a long time coming but here is a sneak peak of a previous prototype in it’s earlier stages of construction. Since this design we have changed a few things and as with all prototypes, it has since been evolved further into a more refined design.

This version of the Spider was constructed of aircraft grade 4130 chromoly steel tube. It was medium weight and strong with the airframe based on tringulated construction.

The original engine was our own version of a Raven Rotor Suzuki G13 BB conversion with Garrett GT2554R ball bearing turbo (way more power than needed). Through continued research we are seeing the importance of reduced fuel consumption in aircraft and have started investigating the possibility of a three or four cylinder alloy block diesel auto conversion.

Main rotor gearbox was a modified late model Honda Goldwing rear wheel drive unit – a very solid unit. While it performed well, we are not overly sure of it’s life expectancy in a helicopter situation with differing loads and forces than it’s original motorcycle configuration. At this point we are still running with a motorcycle shaft drive final gearbox. An oil cooler was also necessary as heat built up quickly in the gearbox under load. There were many changes required to get it to run in the vertical position reliably including sealed bearings.

The tail rotor is shaft driven with an off-the-shelf commercial type industrial right angle gearbox which performed flawlessly. We reduced weight and improved corrosion resistance by changing the shafts to titanium saving more than 30% weight on those components.

The main rotor head is similar to the Mini 500 kit helicopter but basically of our own design (see image).

The main rotor blade was intended to be of composite construction but at around $10,000 ex-factory for a prototype, we chose to stick to standard aluminium construction blades which were sufficient for all testing. The helicopter only gained minimal hover time before we decided to once again move with the times and technology to build a more advanced helicopter. Currently we have gone back to the drawing board and are researching drive gearboxes and engines again in persuit of a workable design.