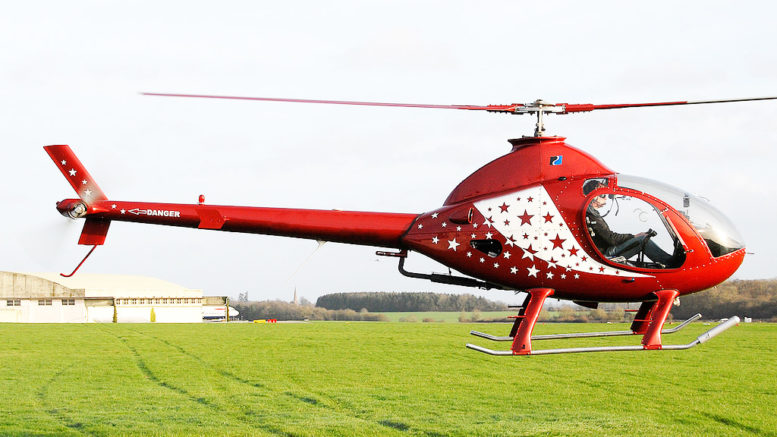 I am often asked about the safety and reliability of the RotorWay experimental helicopters that I fly about 400 hours a year. “Are they safe to fly?” “Safe”, does that mean that there is no risk in flying any helicopter?

A query of the NTSB accident database certainly would support the fact that accidents happen to all kinds of aircraft, both fixed and rotary. Are cars and motorcycles safe?

Lets take it back further before the age of the internal combustion engine, asking if horses are a safe way to get from point A to B. Many people, while horseback riding, are injured every year.

In truth the human body is fragile and nearly anything we do has an element of risk. When I was 31 years old, I was in the process of installing the first wind farm in the windy hills of southern California and president of a large wind farm company.

Several other business ventures were succeeding and I thought I had it made for life. At 10pm on June 6, 1982, as I was leaving my office and driving to my new custom home, an oncoming vehicle swerved into my path and struck my truck head-on. I woke up on October 1 of 1984 penniless and homeless.

The resulting head injury from the collision with the drunk teenaged driver caused my brain to be unable to record memory for nearly two and a half years, during which time my business and investments evaporated.

It was a long road to recovery but by the late 1980’s I was back in business and financially able to start shopping for my first RotorWay helicopter. Since then I have accumulated over 5000 hours in helicopters, (4000 of those have been in varying models of RotorWays) and have piloted my own airplanes for over 1000 hours.

During those many PIC hours I have never been even slightly injured, and the only “crash” I have had occurred, while as a green pilot on a high density altitude day at max gross weight, main rotor rpm was lost on lift off and I entered an LTE spin. The tail rotor was taken out as I set my ship down.

That was an easy fix and within a week I was flying again. Based solely upon my own personal experience, I could conclude that driving a vehicle on the roads exposed me to more risk than flying experimental helicopters and airplanes.

It always seemed that flying a medevac helicopter would be exciting and rewarding. In 2005, Air Evac Life Team recruiters approached me to become a pilot flying the Bell 206 Long Ranger with a one year commitment.

In 2006 I divided my time between instruction in RotorWays and medevac helicopter flights. There were many times when the circumstances involved in medevac operations put the helicopter and crew on the edge of any safety margins.

I came closer to unseen wires at night while approaching or departing remote emergency scenes than I had ever done flying RotorWay helicopters. I experienced wind shear while departing from the 17th story roof top of a hospital as the 30 knot winds whipped around the elevator enclosure near the helipads.

I even had a construction crane swing its boom directly into the path of the helicopter when I was on final approach to the hospital rooftop helipad. On one flight I was sprayed with a patient’s blood in-flight and it was of such a volume that it was running down the inside of the wind screen and covering my instruments and my uniform.

During that year of flying medevac helicopters I was exposed to more risk than during any other period of my flying career. Already this year there have been a number of medevac helicopter crashes, I can think of four off the top of my head, in which the pilots, crews and patients were all killed.

However, during my years of involvement with this great little helicopter I have experienced a number of failures caused by either poor design or poor workmanship. The RotorWay helicopter has slowly evolved from a very basic, one person, underpowered and hard to control ship to a reliable two place ship over its production history.

There were many issues with prior models I have discussed in articles and on my web site, http://flywithorv.com, many of which have been addressed on the new Talon that RotorWay is now producing.

The fuel tank outlet fittings for the Talon are now incorporating the internal washer that I designed and offered to all builders over five years ago. The fatal flaw in the overhead wiring (it is simple to fix if you have this model) of the 162F has been eliminated by a total redesign of the wiring system on the Talon.

The first involved my good friend Bill. He died when he decided to throw water balloons out of his helicopter while flying in the traffic pattern at Mather AFB during our 1996 Western States helicopter Fly-in.

When Bill told me what he was about to do, I advised him he could not both fly the helicopter safely and throw the balloons at a ground target at the same time. He told me he could handle it and headed for his ship with two red water balloons.

Bill lifted off and as he was flying down wind he reached for the water balloons and in so doing made the wrong cyclic inputs, causing the helicopter to go “Low G” at which point his non-factory main rotor blades chopped off his tail boom.

The members of the Sierra Rotorcraft club had cautioned Bill that his NON-ROTORWAY main rotors were installed incorrectly and were unsafe. That fact combined with improper pilot control inputs put Bill into a situation he could not survive.

Bill’s crash had nothing to do with the design of his helicopter, the same thing would have, and has happened many times to R22 helicopters before the factory instituted the 20 hour “Awareness Training” that every pilot must complete prior to soloing in a Robinson helicopter.

Any helicopter that has a semi-rigid main rotor system is susceptible to what is known as “Mast Bumping”, which can occur if the pilot makes improper control inputs. That is what proper training is all about. Bill gave the helicopter incorrect control input and the helicopter did what it was told to do.

It would be similar to driving your car down the freeway at 70mph and then jerking the steering wheel hard to the right and then back to the left. The car will do as it is directed and most likely leave the roadway with fatal results.

In short, Bill was not killed by his helicopter. He made a series of mistakes that ended up getting him killed. He installed after-market blades on the helicopter and they were set up incorrectly.

He decided to throw the water balloons out of his helicopter while piloting. He made incorrect control inputs causing his main rotor system to unload to the point of contacting his tail boom.

The second fatal accident I am aware of occurred when a builder was flying his experimental helicopter over a populated area after installing non-factory, after market rotor blades that were designed for auto gyros. 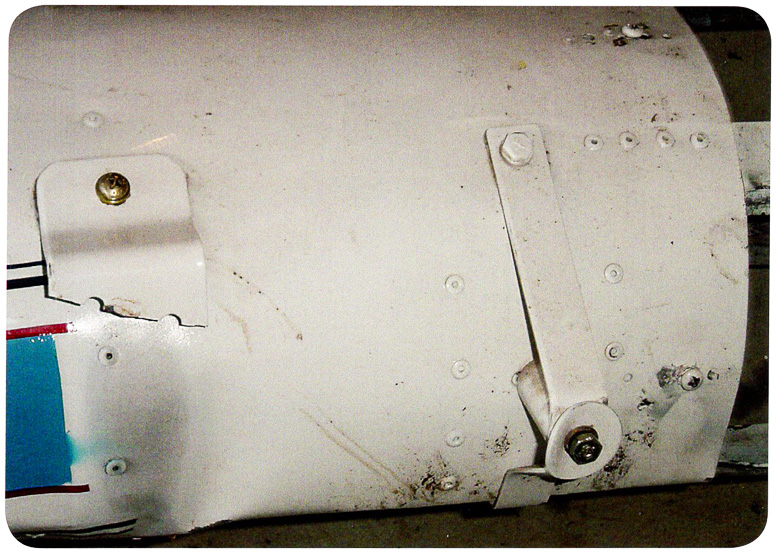 One of the main rotor blades departed the ship while in flight and the pilot was killed when the helicopter slammed into a house roof causing his death and the total destruction of the home.

The third fatal accident occurred around this time last summer. Jim was flying his helicopter when the improperly constructed vertical stabilizer bracket broke and the stabilizer departed the helicopter.

Jim was a student pilot who had been flying for over eleven months since his phase II altitude training and solo endorsement without the required follow-up training.

The NTSB report determined the cause of the failure to be the incorrect placement of two holes and the fact that the holes had not been de-burred after drilling them. A crack began at one of the burrs or machine marks from drilling and propagated across the bracket through the other hole.

The cracked stabilizer bracket should have been detected during preflight or pre-boarding inspections but it was not.

Eyewitnesses stated that the main rotor blades were not turning when the helicopter fell vertically from the sky. This would indicate this student pilot had allowed his main rotor RPM to decay to the point of main rotor stall, a situation that is nearly always fatal.

Had he lowered his collective immediately and entered an auto to the surface when he detected a problem occurring, he would most likely have landed safely and we would not be discussing his crash. These are three examples of fatal accidents that were all caused by either builder error, pilot error or a combination of the two.

I have flown in hundreds of RotorWay experimental helicopters and other models of helicopters and even if something goes wrong while in flight, there is always ample warning to the pilot to allow him/her to bring the helicopter to the surface safely to determine the cause of the unusual smell, sound or vibration that got the pilot’s attention.

That holds true if the helicopter is constructed correctly and flown in accordance with proper helicopter piloting techniques. The key issues to remember here are to build the helicopter as if your life depended upon it, IT DOES!

Get the proper training so that you will pilot experimental helicopters correctly and will not make a fatal mistake like going “Low G” or allowing the main rotor RPM to decay to the point of “Rotor Stall” (Editors Note: A low rotor warning alarm piped directly into the head set works even if the ship is shaking too much to read the tachometer.) instead of following the most important adage, “If in doubt, auto out”.

If something is not right, get the helicopter to the ground and sort it out there.

So when I am asked “are RotorWay experimental helicopters safe?” I answer that they are safe if they are built and flown correctly with proper maintenance and flight training by the pilot.

Specializing in maintenance training and flight instruction of RotorWay Helicopters. 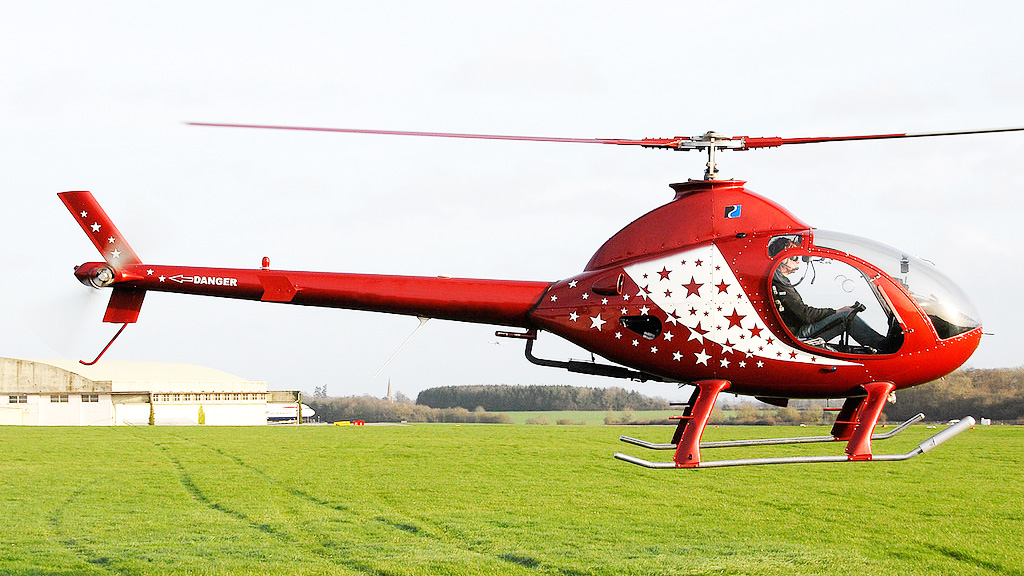 Article Name
Are Experimental Heliepters Safe To Fly
Description
Orv Neisingh guides us through the perils of flying experimental helicopters. While it can be very rewarding, on the other end of the scale - poor pilot practices can be fatal.
Author
Orv Neisingh
SHARE TWEET PIN SHARE