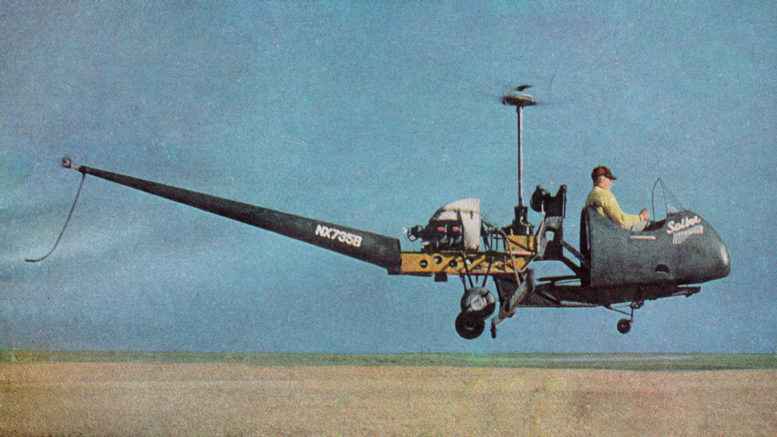 He Built a HELICOPTER IN HIS CELLAR 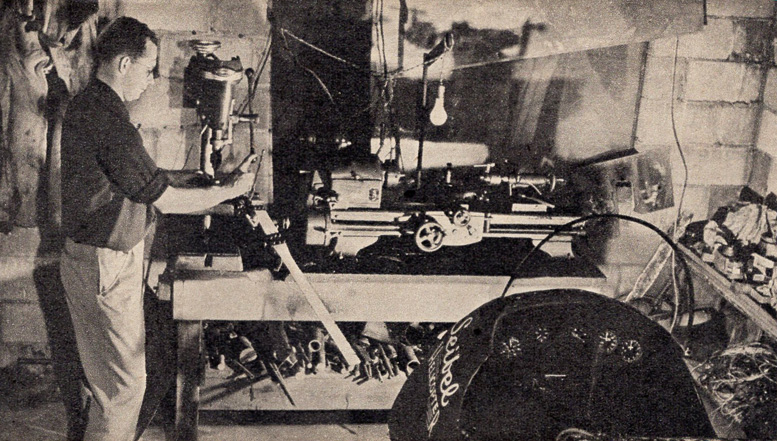 CELLAR FACTORY: In this basement workshop Seibel built his “impossible” helicopter. It was made in 3 parts so it could be removed from the cellar without having to be dissembled.

WHEN Charles Seibel of Wichita, Kansas, broached his idea for a new-type helicopter to an aircraft company, they laughed at him — said construction alone would take a quarter of a million bucks. 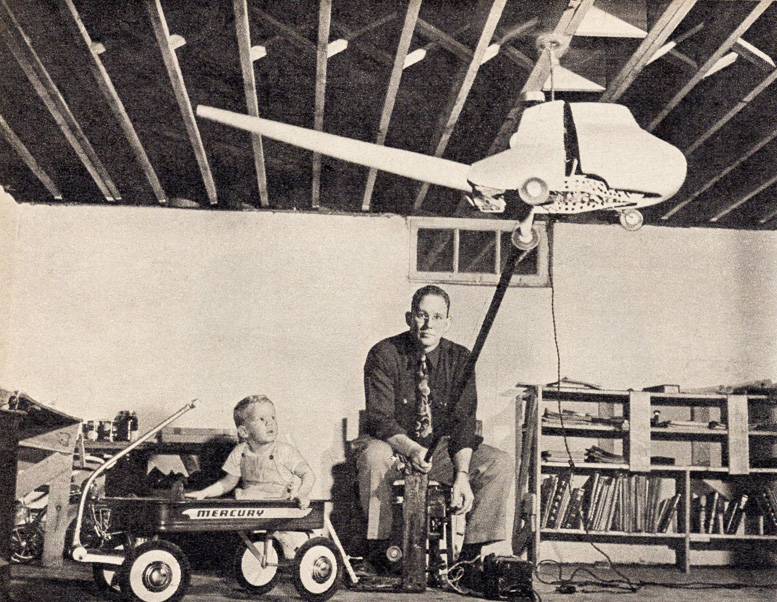 Seibel first built this model to prove his ideas.

So he retired to his own cellar and started building. At the end of seven months he had an egg beater which flew easily and was cheap to operate and maintain. And it cost him less than $5,000. 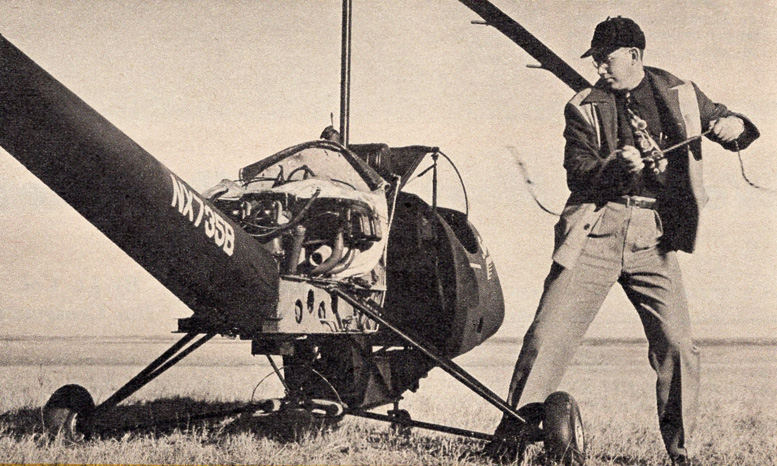 ABOVE: To start the 65-hp Franklin aircraft engine, Charles spin-starts it with a cord like an outboard motor. The four stroke helicopter engine has just enough power for this small design to fly.

CONTROL: In his unique system the fuselage splits and moves backward or toward changing the center of gravity of the ship and causing it to climb, lower left, or glide, lower right.

When testing day came, he had no test-pilot so he flew it himself—successfully! And he had never flown a plane before in his life!

“The Seibel S-4 was a two-bladed, single-engine helicopter built by Seibel Helicopter. Designed by Charles Seibel, the S-4 was evaluated by the United States Army under the designation YH-24 Sky Hawk, but would be rejected for service. The S-4B would serve as the basis for the design of the Cessna CH-1 Skyhook, the only helicopter Cessna ever produced.” 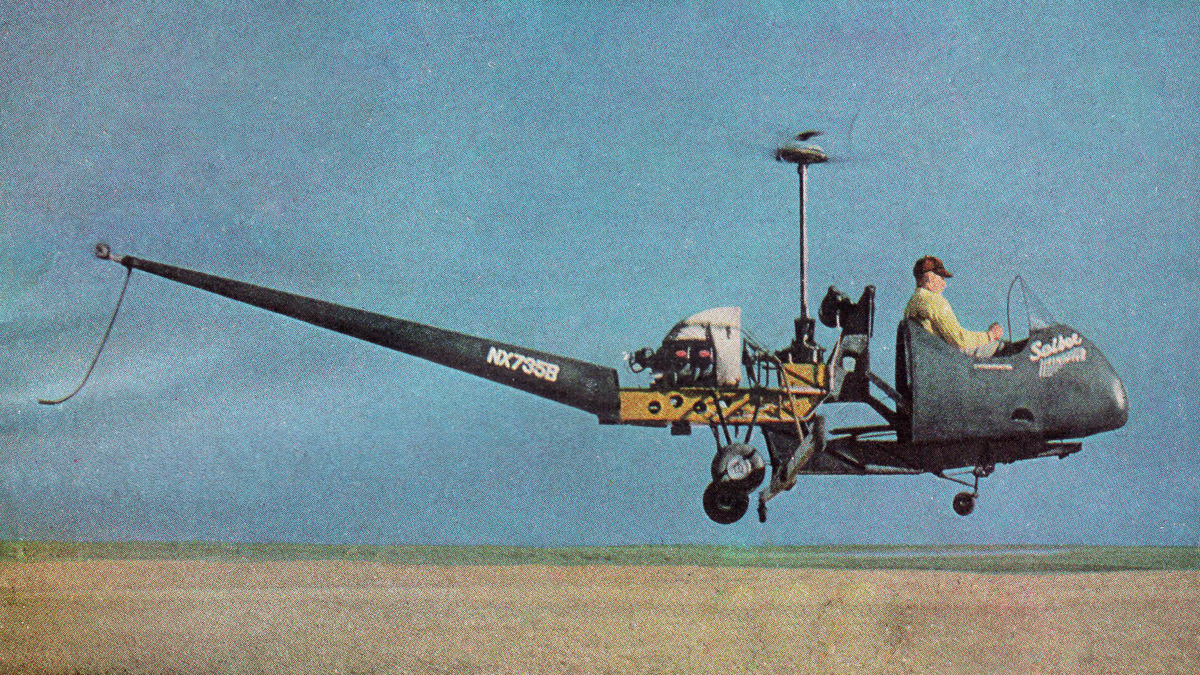