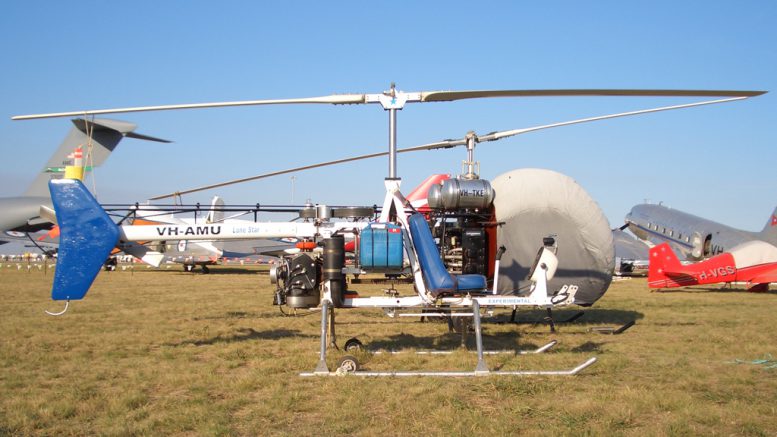 LoneStar The Little Helicopter From Texas 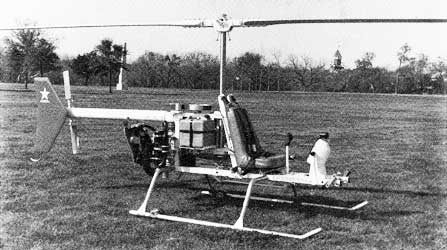 The LoneStar Sport Helicopter which was born in 1990 in the hill country of South Texas has gone through a lot of evolutionary changes in the past five years.

The ship utilized a unique ‘flybar’ servo rotor head control system and was powered by the popular Rotax 532 two-stroke engine of 64 HP.

The wheels didn’t work out too well, so the second prototype had traditional skids along with a new rotor head design that incorporated a conventional swash plate actuated by push-pull cables. 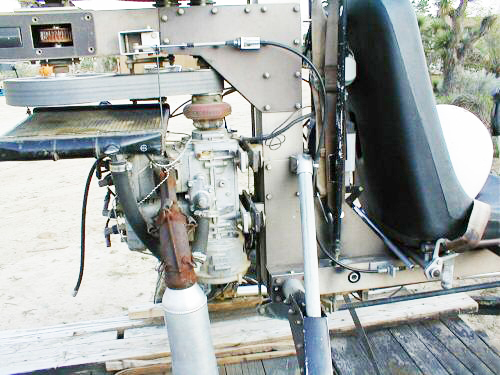 The current production model has been cleaned up considerably and the cog belt reduction below the rotor head has been replaced with a lifetime lubricated chain drive. Controls are now inside the tubular mast.

Ken Rehler left his architectural firm to his associates and formed Star Aviation, Inc. to produce the LoneStar helicopter kits. Tom Carlson went on to pursue other interests. He is presently working on a new gyroplane design. 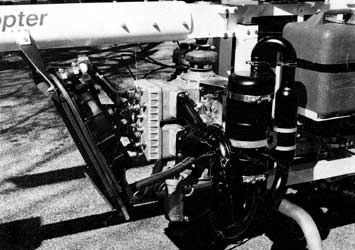 Star Aviation started shipping helicopter kits in the summer of 1991 and a total of 36 copies of the original model were produced before they changed over to the current bolt together configuration LoneStar helicopter in April of 1993.

I got a first-hand look at the current model homebuilt helicopter at Bensen Days ’93. Unfortunately I didn’t get to see it fly because Ken hadn’t completed the flight test hours required by the FAA, but he did fire it up on the ground. 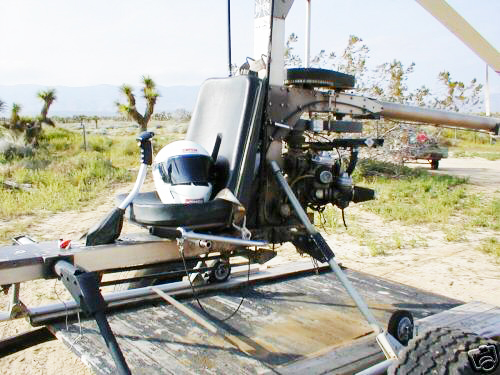 Rehler moved the Star Aviation operation a couple of years ago from a 5,000 square ft office and production facility to New Braunsfels, Texas. The new facilities consist of office space for sales, design and engineering, and a small shop for R&D. Production facilities are not needed since the kits are pre-fabricated by several independent speciality companies.

The small 16ft x 26ft shop is used for refining the LoneStar helicopter design and is equipped with the machining and fabrication equipment necessary to get the job done. Parts for the LoneStar kit are fabricated all over the country. As an example, the hardware comes from Illinois, the instruments from Michigan, seat tank from California, rotor blades from Colorado, aluminum from Illinois and the machining is done in New Braunfels and San Antonio, Texas. 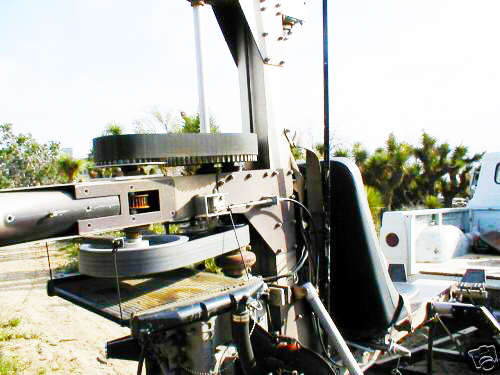 Build your own home made helicopter

The homebuilt helicopter kits are produced on demand and require around 45 days from receipt of order to shipment. All recent upgrades and improvements are incorporated in the customer’s order and a new owner’s manual is printed before shipping. One nice thing about experimental aircraft is that modifications can be easily made, so each customer gets the most recent upgrades and the appropriate documentation to go with it.

Some of the modifications that have taken place since the original helicopter prototype include a lubricated chain drive that replaced the cog belt drive, an elastomeric bearing rotor head, relocating the swash plate from the top of the mast to the bottom behind the pilot’s seat, and a new primary drive and clutch system to accommodate more powerful engines.

Star Aviation has looked at a number of power plant options, all of which are two stroke types. Since the engine is mounted vertically, a four stroke power plant is not usable unless a dry sump system is implemented. Rehler considered the AMW three cylinder but it requires a transmission or an adaptor unit which is not needed in the LoneStar homebuilt helicopter design.

Ken has also looked at the 65 HP 2705 Hirth engine, but it is air-cooled and he is not sure of the cooling capacity for the helicopter. Plans are in the works to try the 100HP Hirth F30 which is a four cylinder, fan-cooled engine. (Editors note: this later turned out to be a great success with an excellent weight-to-power ratio) It has an additional 30 HP and weighs the same as the Rotax 582, so it would not have to work as hard and it might run cool enough. The liquid-cooled 582 is pretty taxed on hot days common to the South Texas climate. 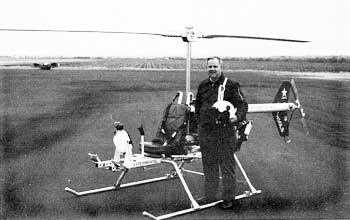 The new Rotax 618 is certainly a viable option to power the helicopter. It weighs about the same as the 582 and develops an additional 10 HP. The 618 is a good replacement for the 582 for heavier pilots who need the additional ponies. (Editors note: Rotax ceased production of the 618 some years ago)

The LoneStar Sports Helicopter is a real sleeper. It is one of the least expensive kit-built helicopters on the market and it has been in production since 1991. The homebuilt helicopter kit can be assembled in about 160 hours (Editors note: in practice, it could be done a lot quicker by some) and meets the FAA 51% rule.

THE FOLLOWING KIT IS NO LONGER AVAILBLE