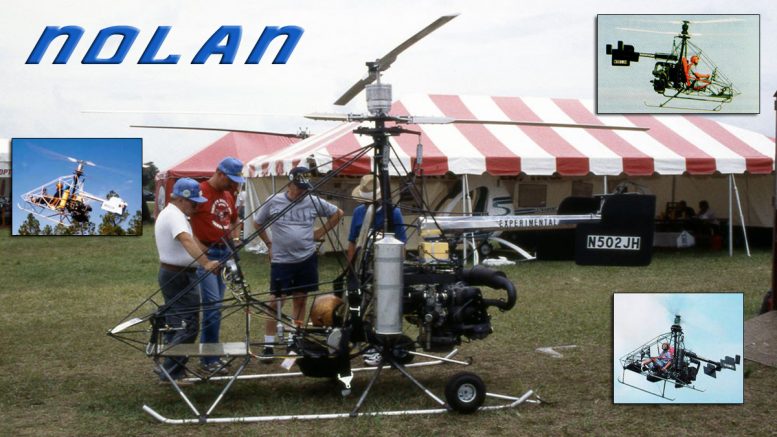 When I made my first pass down the row of commercial exhibitors, I knew I was in for a disappointing weekend in terms of small helicopters. The Revolution Mini 500, LoneStar, Angel CH-7 and Ultrasport models were nowhere to be seen!

I may not be planning to start a helicopter next week, but I wanted to see a machine that would make be think that I should. Then I saw the crowd—a crowd that would be a permanent fixture for the rest of the weekend.

The crowd was intent on one of the most unusual flying machines you will see: the Nolan 51-HJ coaxial pendulum helicopter from PERCH, Inc. Aviation got its start with two small-town mechanics who worked together to create a flying machine in their bicycle shop.

The job was to take several years, but the Wright brothers hardly said a word about it to the public until it was ready to be put through its paces.

The Nolan coaxial pendulum helicopter has some remarkable parallels with that story from turn-of-the-century Dayton. Brothers Jack and Herb Nolan are auto-racing types with no aviation background, but they wanted to build a helicopter.

That’s precisely what they did, spending five no-fanfare years on a machine that evolved through four different coaxial helicopter prototypes. The first impression is that this is one tiny aircraft.

What there is of it is a welded truss fuselage with an ample, no-frills cockpit. You could also be pardoned if you thought the machine was a mockup, for the twin rotors are only about 12 feet in diameter, with the blades stacked vertically (coaxially) with a spacing of about 1 foot.

The blades are quite narrow and it would be easy to assume that they couldn’t fly the aircraft. The assumption would be dead wrong. The two rotors are connected in a coaxial arrangement, using planetary gear assemblies, so they rotate in opposite directions at identical speeds.

The result is no torque and hence no need for a tailrotor. Directional control is provided by two downdraft rudders, mounted on the ends of a horizontal stab that is located under the rear edge of the rotor disc on a simple, tapered tailboom. 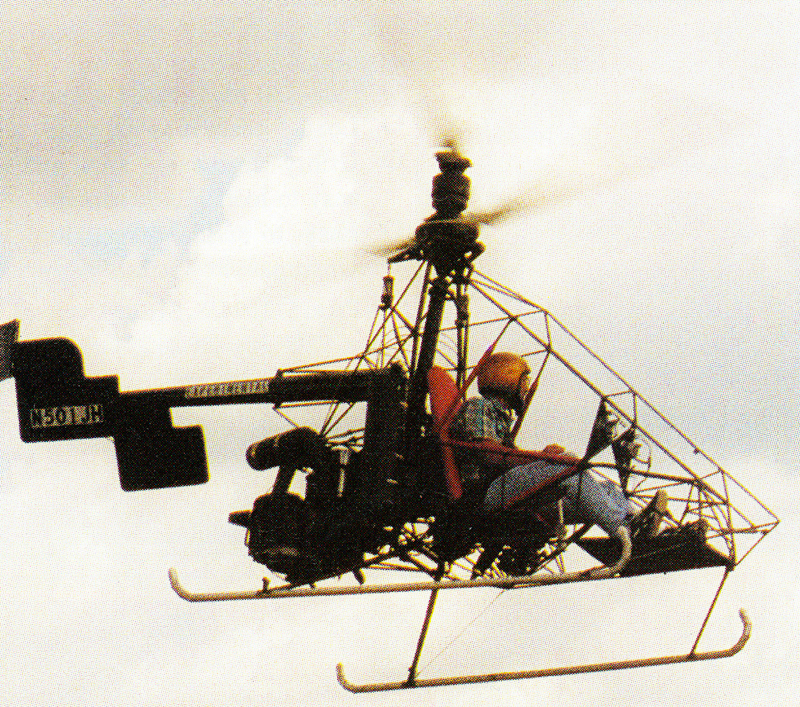 The down-draft rudders handle the yaw axis via rudder pedals, while pitch and roll control is accomplished with the cyclic control stick, just like a gyroplane. Get-up-and-go is provided by two Rotax 503 engines, both of which drive the coaxial helicopter main rotor shaft (both sets of blades) through their own belt-drive transmission.

The two engines are completely independent of one another, including individual fuel tanks. The philosophy behind the rotor/power system is unusual but well thought out. This coaxial helicopter though, has no provision for autorotation!

The Nolans reasoned that emergency autorotation in a helicopter is a high-Adrenalin lottery that, even if you pull it off, frequently leaves little choice on where to set the machine down.

They designed their machine so it will fly on a single engine. Should one of the engines fail, the coaxial helicopter would be landed normally using the second, independent powerplant. The Nolan helicopter flew every day.

With no fuss or bother, the machine was pulled out to the flight line and fired up for flight. I’m sure the people would have been pleased just to see a simple liftoff and hover, but they got a complete and aggressive flight routine on every outing.

As nearly as I could determine, one engine was run at nearly constant speed and the second engine was throttled up and down for the vertical maneuvers.

Handling the coaxial helicopter seemed to be very smooth and positive. The machine looks as if it can be built and flown just as easily as any fixed-wing, and that’s a combination sure to attract a crowd at any fly-in. 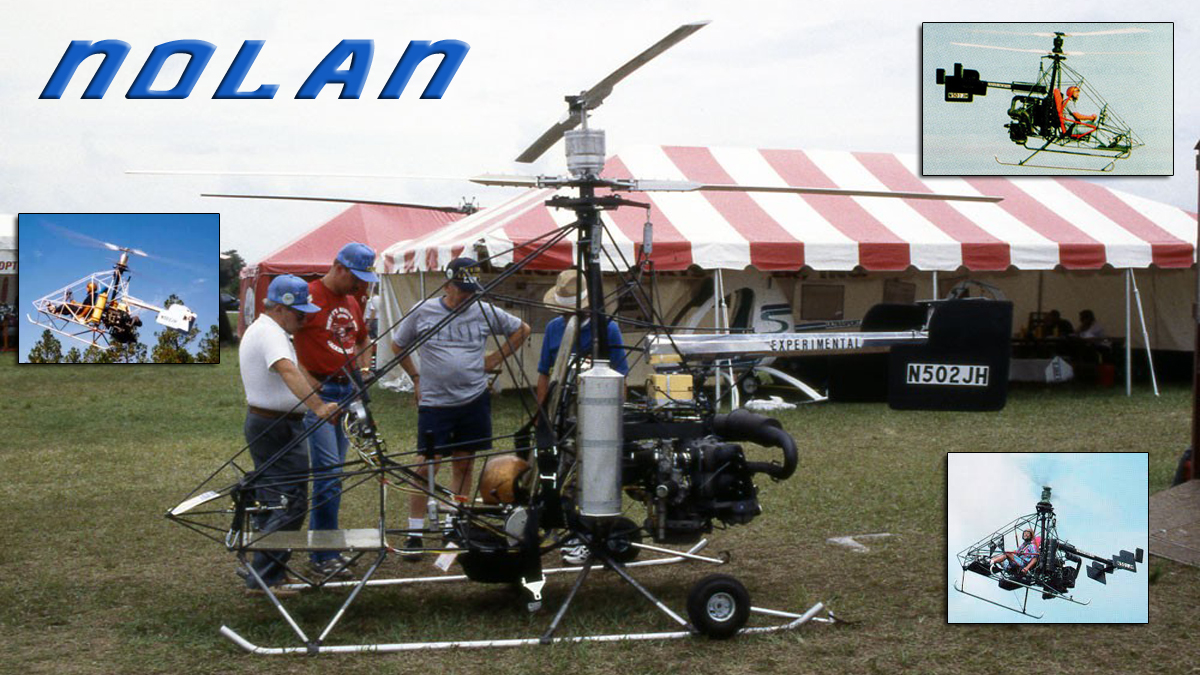