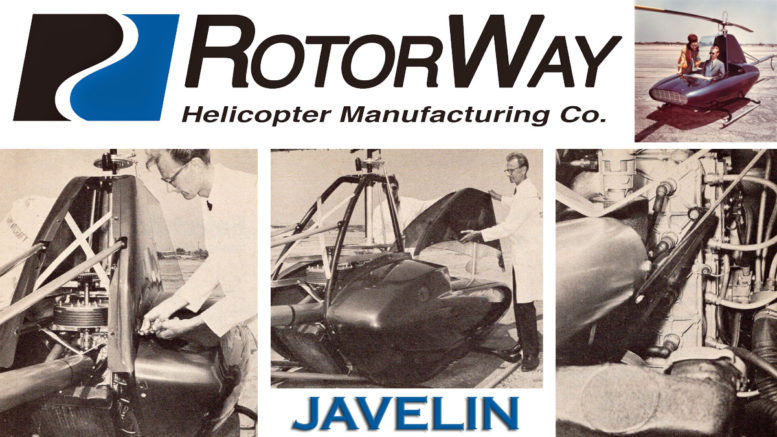 Single-seater has cyclic stick, pedals for tail rotor control and collective stick left of seat. Gauges are altimeter, temperature and rpm. Skin comes off in 4 min.

Buford J. Schramm of South San Gabriel, Calif., expects to market this single-seater “advance-design” Javelin helicopter after certification in 1968 at the low price of $8,000 to $10,000.

Schramm, the 27-year-old designer, claims the price is possible because his “Javelin” uses less than half the parts found in other helicopters. His “Tractable Control Rotor”, for which patents are pending, has but a half dozen parts plus a few bearings. 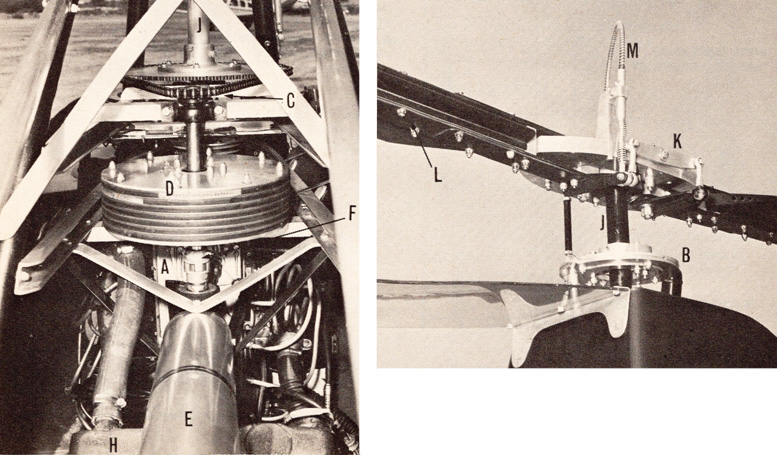 Rotor blades are laminated; Schramm does not divulge the materials. Airframe is of chromemoly tubing, tail boom is aluminum tube. The prototype has aluminum skins on the cockpit; production versions will have fiberglass covering.

The present aluminum body can be stripped from the airframe in less than 4 minutes, the entire helicopter disassembled in less than 90 minutes. Another feature of Javelin is its take-it-home capabilities for garaging.

To date, some $90,000 to $100,000 has been expended on its development. Schramm expects to have 21 ships in the hands of dealers by the end of the first year following certification, hopes to produce a-ship-per-day during his second year. 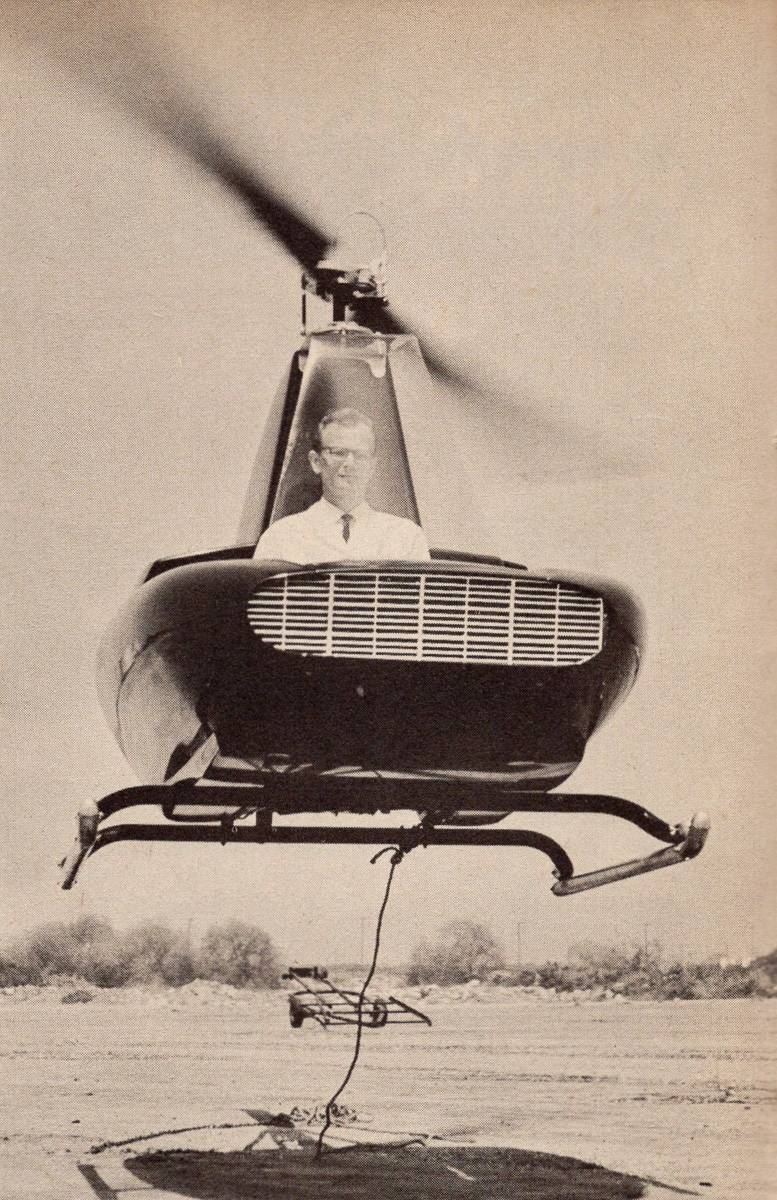 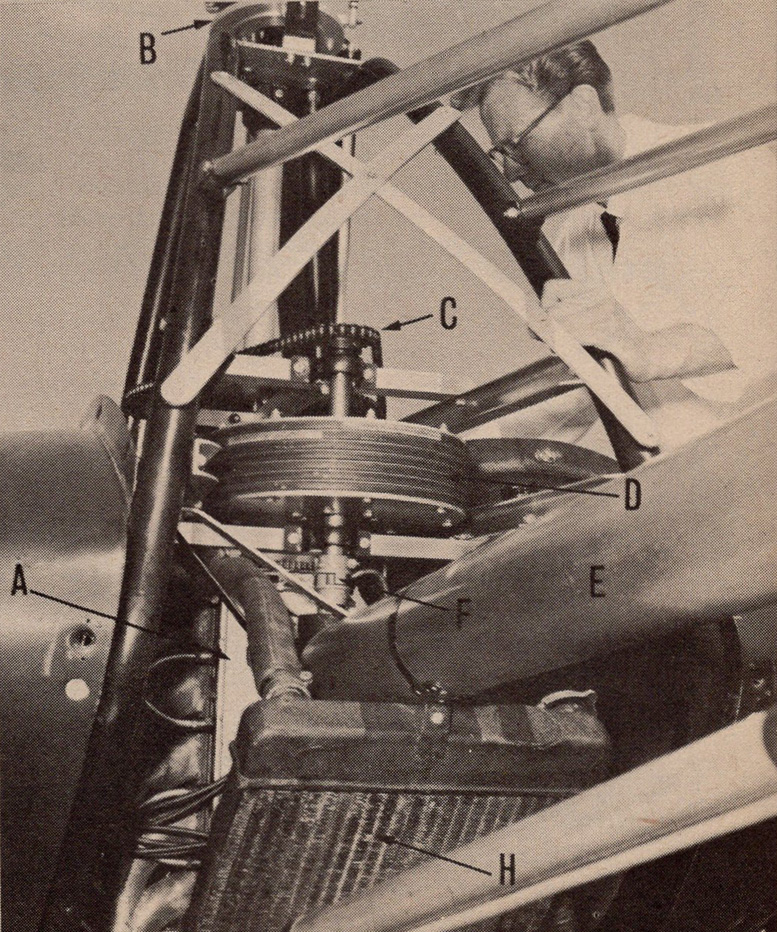 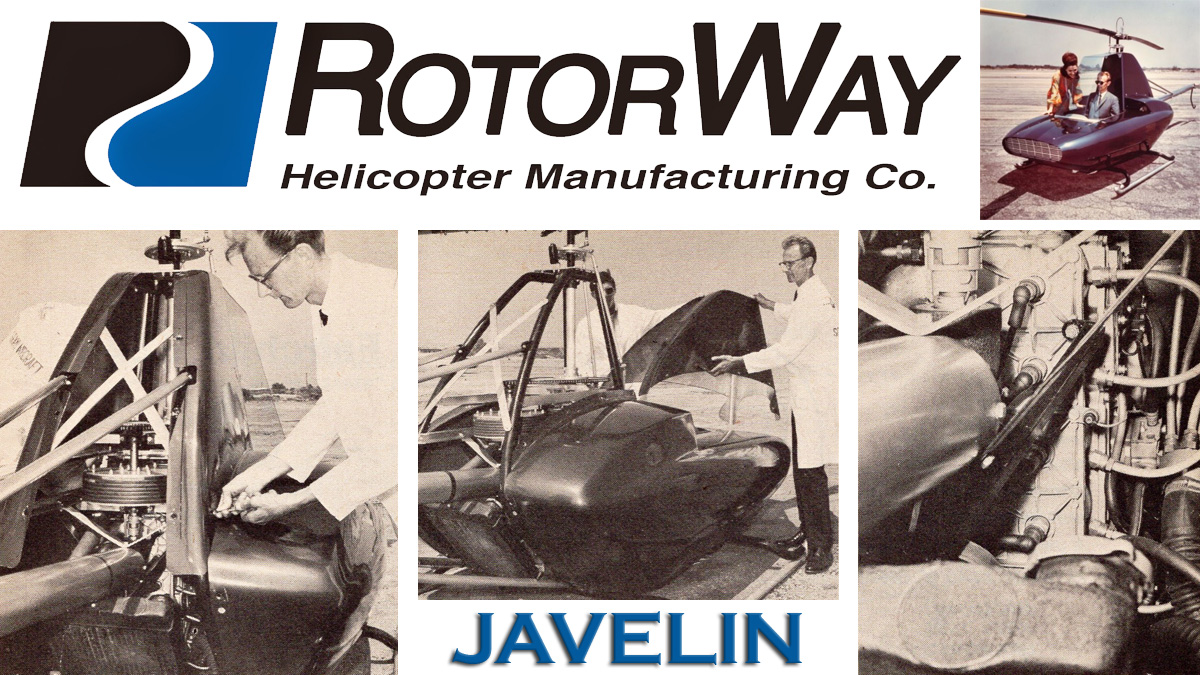 Be the first to comment on "B.J. Schramm’s Sleek Single Seat Javelin Helicopter"