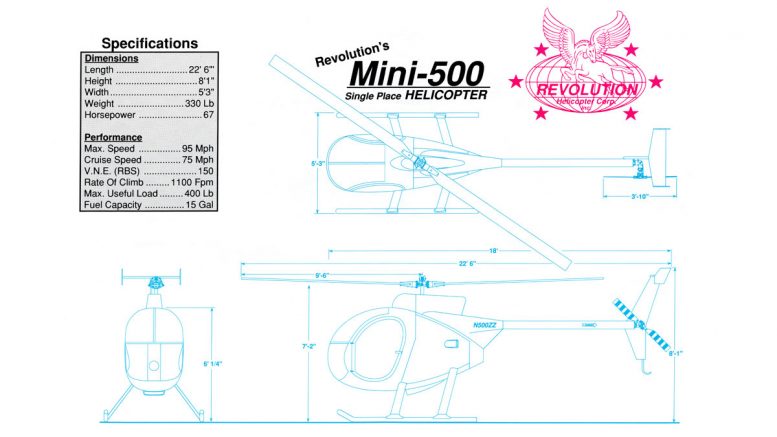 A good-looking, inexpensive, and easy-to-build helicopter has landed 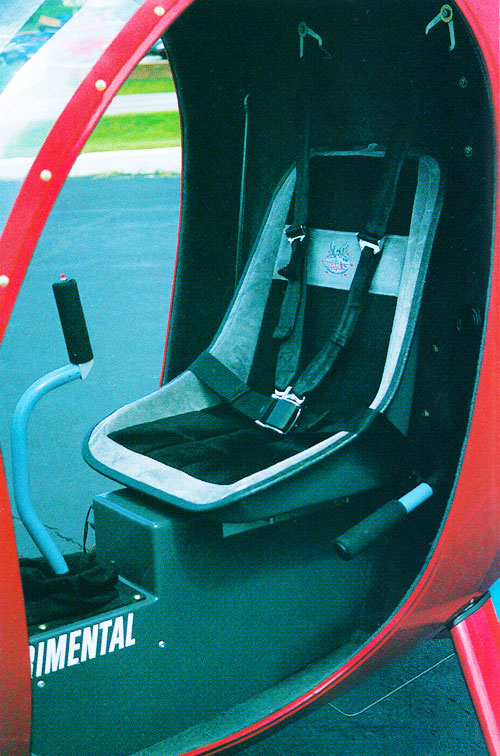 THE MINI 500: Someone once told me that building a kit helicopter is like performing amateur surgery: It’s very complicated and requires precision, and a small mistake can be deadly. In fact, kit helicopters are so complicated that many builders never finish them.

This was on my mind during a recent trip to the Revolution Helicopter Company (RHC) in Excelsior Springs, Missouri. The company was promising to produce a kit helicopter with simplified and fast construction and increased reliability, all for about the price of a mid-size automobile.

To introduce its new single-seat kit helicopter called the Mini 500, RHC was hosting an open house that included a factory tour, flight demonstrations, and the complete assembly of a Mini-500 in two days. Now, I must admit that while I was intrigued by the concept, I was nonetheless ambivalent about flying the Mini 500.

So in case I wasn’t completely comfortable with the aircraft, I had prepared several reasons to respectfully decline flying it without insulting anyone. The Mini 500 is the brainchild of Dennis Fetters, the president of RHC. Kit rotorcraft enthusiasts will remember him as the designer of the successful Air Command gyroplane. 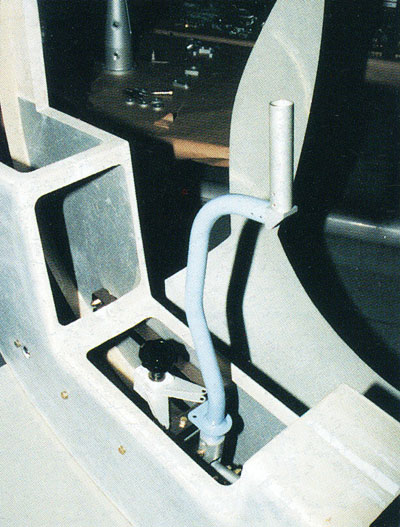 He sold that business in 1990 to start RHC with his wife, Laura Gonzalez Fetters. He is the classic idea man, always trying to make improvements, never completely satisfied. Now, four years later and with more than 160 kits pre-sold, he is ready to start production.

After two days of studying Fetters’ design and asking many questions about fatigue testing, I decided to fly the Mini-500. The day before, Brian Thomas, RHC’s chief test pilot, and I had flown a Robinson R22 to ensure that I could still fly a light helicopter—lest my recent time in the BK 117 had ruined my basic reflexes. We talked at great length about the Mini 500’s flying characteristics, and he assured me that if I can fly the R22, flying the Mini-500 would be like a walk in the park.

Still, being the first and only writer to fly this light, responsive single-seat helicopter was exciting, yet I was a little nervous—especially when Fetters leaned over and said, “Just don’t wreck it; it’s too late to get another one ready for Oshkosh.” Great, just what I needed, a little more pressure—as though 25 dealers and future owners standing on the ramp watching wasn’t enough.

With some coaching from Fetters over the radio, I lifted the little helicopter into a hover, and indeed it hovered as promised. The cyclic control had about the same feel and sensitivity as the R22 but required slightly more stick displacement to make corrections (similar to the Schweizer 300). 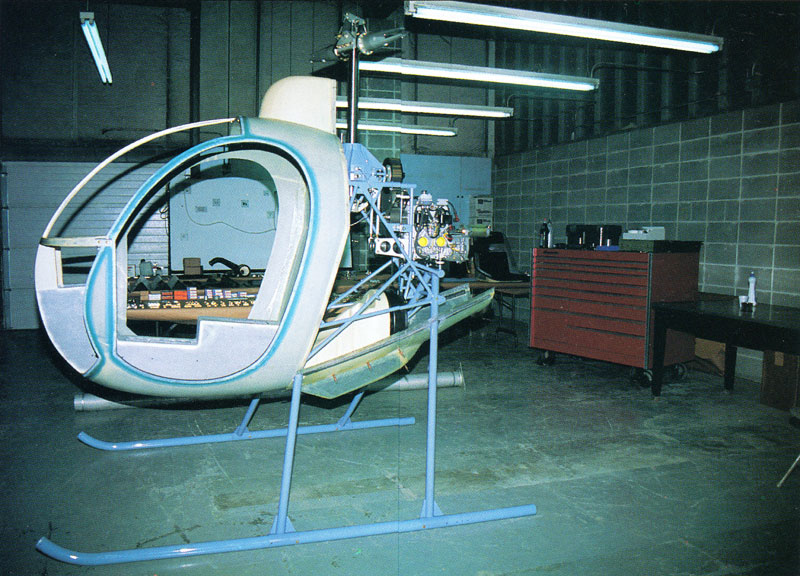 As a demonstration, two to three Revolution employees built this kit, shown here in progress, in two days.

One noticeable difference was the throttle and collective control coordination, which required adding more power when raising the collective. With about five minutes of hovering, I had the throttle/collective coordination nailed and was feeling fairly confident with the helicopter’s performance.

After Fetters watched me doing pick-ups and set-downs, hovering turns, and quick stops, he gave me the green light to explore all the helicopter’s flight characteristics, and I did. I accelerated through effective translational lift and started climbing away from the airport.

In cruise flight, the Mini 500 helicopter was remarkably stable and reached its advertised maximum cruise speed of 83 KTAS with relative ease. During tight turns, the Mini 500 was predictable and displayed a solid feel characteristic of a production aircraft.

In fact, I was becoming quite comfortable with the helicopter, and my earlier feelings of apprehension faded quickly. I performed a couple of closed traffic patterns, and the Mini-500 behaved much like the R22.

However, low-time pilots accustomed to the R22’s throttle governor will need to pay close attention to rotor and engine rpm. The Mini 500’s throttle control does not use a governor and requires the pilot to make the necessary adjustments manually.

Hovering back to the ramp, I noticed that the wind had picked up, and this gave me a good opportunity to test the tail rotor authority in a crosswind. In both a steady hover and with sideways movement, the tail rotor proved effective. 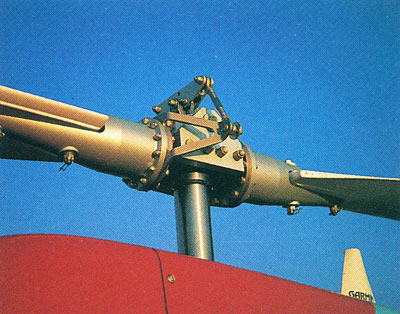 The semi-rigid rotor system (two-blade, teetering) uses control rods routed up the center of the shaft. They connect to rocker arms to control the pitch of each blade.

I later found out that a more than adequate tail rotor response was a design consideration, no doubt a good idea to keep low-time pilots out of trouble on windy days.

The Mini 500 is not at all heavy for a helicopter, weighing in at 420 pounds empty and having a maximum gross weight of 820 pounds. It can carry up to 400 pounds between pilot and cargo and up to 15 gallons of fuel—not a bad payload for a small helicopter.

Because the helicopter is so light, the 18-pound rotor blades provide plenty of inertia to make it forgiving in autorotation. Anyone proficient at doing autos in an R22 will have no difficulties with the Mini 500 a good feature because the vast majority of Mini-500 customers will be low-time recreational pilots.

The Mini 500 has a wide seat that adjusts forward and aft, making for a comfortable fit. At the pilot’s location, the cabin measures 34.5 inches wide and almost 53 inches high. 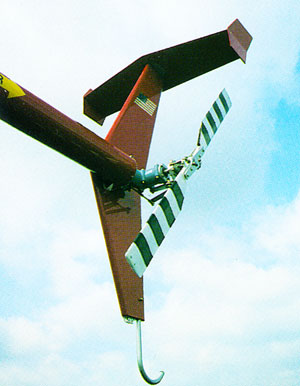 Rear stabilizer T-tail was modeled after the MD-500D helicopter.

When sitting in the helicopter, the pilot’s legs straddle the base of the center console and rest on pedals that operate by pivoting about the heel, and the system works well. Also, the arrangement virtually eliminates any possibility of the pilot’s foot slipping off the pedal, even when wet. The cyclic control was positioned perfectly.

However, the collective was a little short and my elbow would sometimes bump the aft cabin wall. I mentioned this to Fetters, and he said, “Yes, I know, and all the kits now have adjustable-length collective controls.”

According to Fetters, if a builder doesn’t run the engine hard and performs good preventive maintenance, the engine’s time between overhaul could be as high as 500 hours. However, he cautions that a heavy pilot who flies all the time at maximum cruise may need to overhaul the engine sooner, around 300 hours. 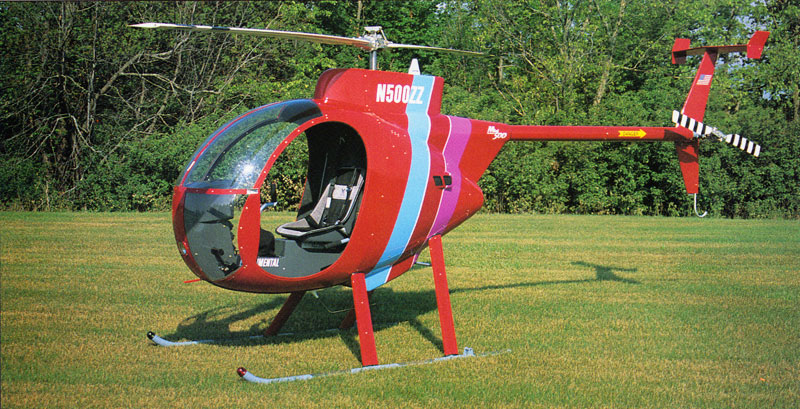 He estimates a worst-case overhaul cost to run about $1,000 and feels the average will come in around $500, or even less if the builder can do most of the work himself. He has had four years of experience operating this engine on the Air Command gyroplane and has logged 470 hours on the original Mini-500 prototype without encountering problems.

Even though two-stroke engines do not have the same reliability as four-strokes, Fetters is confident that if the engine is maintained correctly, it will prove to be a durable powerplant. Also, it is worth noting that in the two-stroke world, the Rotax 582 has an excellent reputation.

The main rotor blades, which experience extremely high stress loads, are made in-house of high-strength composite materials. To confirm the blade’s strength, RHC had an independent facility test the blades.

The blade cracked after being subjected to a pulling force of 41,500 pounds, which is almost five times the force of 8,810 pounds produced by the rotor system. Fetters believes that the blades will last the life of the helicopter. In fact, every component on the Mini-500, except the engine, is designed to last a minimum of 2,000 hours.

In flight, helicopters use a complicated system of control rods and bearings to change the pitch of the main rotor blades. However, Fetters has placed each blade’s control rod inside the main rotor shaft and uses just three main pivot points in the entire cyclic control system.

He calls his design the “triple gemmel system,” and it’s unique to the Mini 500. This simple arrangement is lightweight, easy to inspect, and, in flight, produced light control forces.

Fetters is serious when he says there is nothing else to buy, and he is not exaggerating when he says it will take 40 to 60 hours to build; I watched him and two employees build one in two days. The kit price is $24,500.

Also, the kit is designed to comply with the Federal Aviation Administration’s requirement that the builder complete the majority of the work (Federal Aviation Regulation 21.191 [g]). All critical sub-assemblies are completed at the factory, and basically the builder just bolts the components together.

The Mini-500 will soon be added to the FAA’s list of kit aircraft that meet that criteria. (For more information, see Advisory Circular 20-27D, “Certification and Operation of Amateur-Built Aircraft.”) 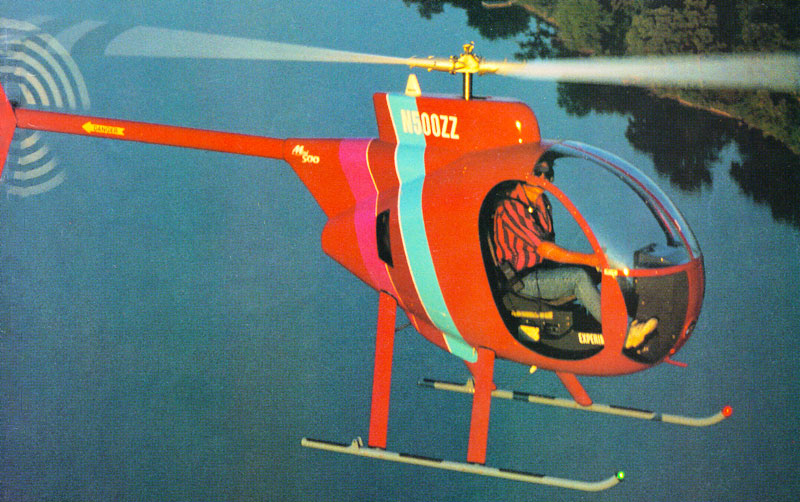 The fact that this helicopter is a single-seater will restrict its value as a utility aircraft. However, Fetters seems to have found a strong demand among enthusiasts who just enjoy helicopter flying and those who don’t need to take passengers, like ranchers and commuters.

Another potential market is helicopter students, because they can buy the Mini-500 to build solo time. This way, the money they would normally spend on rentals would seriously offset, or possibly pay for, the Mini-500. Besides, building a helicopter is a great learning experience.

One word of caution: Despite this helicopter’s simple design and construction, it’s not a toy, and no one should attempt to fly it without proper instruction.

During his 10 years of experience with Air Command gyroplanes, he knew there was a demand for a dependable, safe, and affordable sport helicopter. To start deliveries, he has set up a new factory in a former automobile showroom right on the town’s main drag. It would be tempting to pull up in the old Dodge and ask if he would take a trade-in. 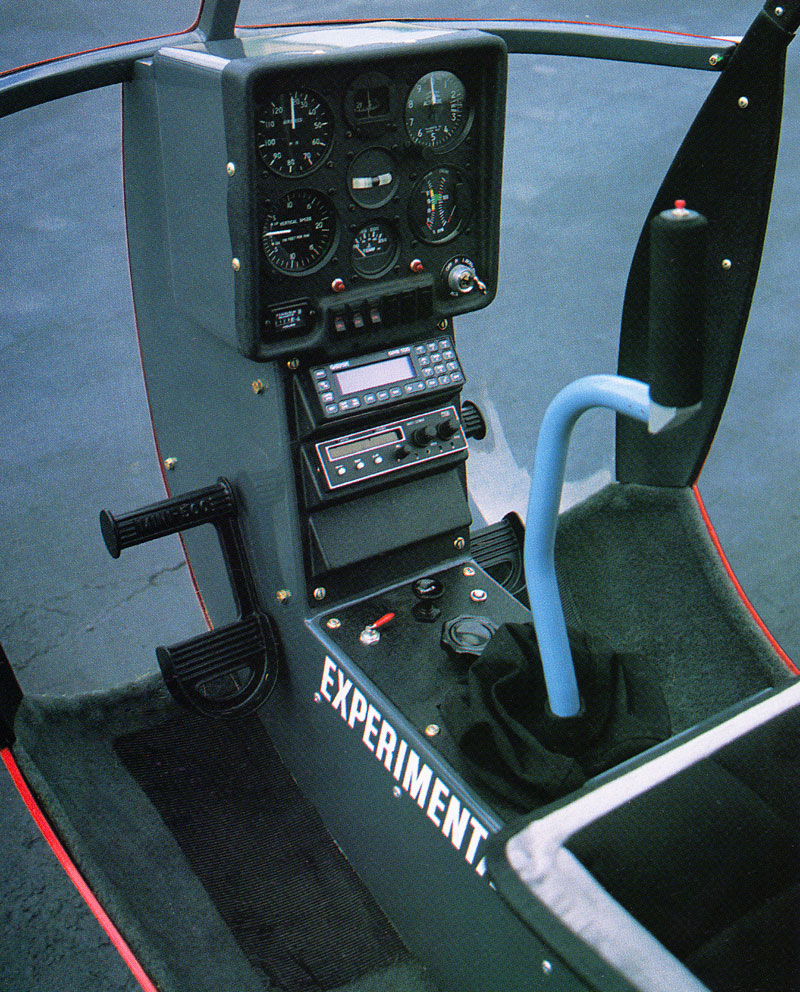 Tim McAdams, AOPA 925518, is a helicopter CFI and has accumulated more than 4,400 hours, of which 4,100 are in helicopters. He is employed as a pilot by Omniflight Helicopters and flies a BK117 for Grant Medical Center’s Life Flight program.