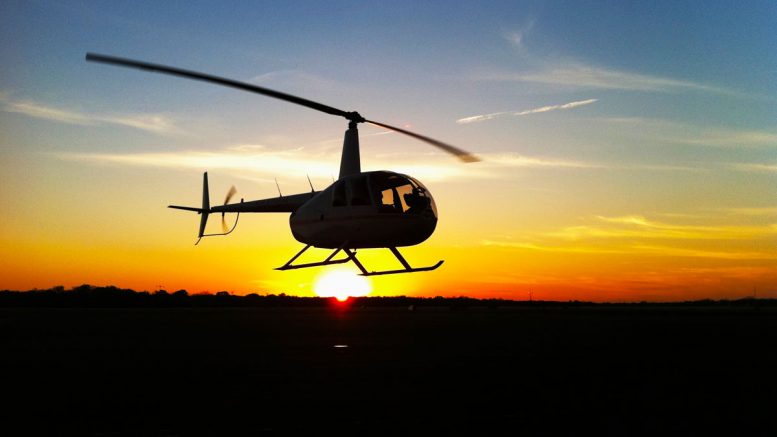 This past summer there were several accidents flying helicopters in which multiple fatalities resulted from the helicopter pilot’s decision to fly into night time conditions, resulting in loss of control of the helicopter.

Each of these pilots made the decision to fly their helicopters into IMC (Instrument Meteorological Conditions) at night and the results were the deaths of every person on board.

Is it unsafe to fly at night? Night flight in helicopters is safe as long as the pilot receives proper training in night operations and then the pilot has the discipline to make intelligent and informed go-no go decisions.

We fly our R22 at night for pleasure and flight training but have several conditions that must be met prior to taking such a flight. The first condition is that the weather report from Flight Service shows NO POSSIBILITY of clouds along the proposed flight path.

You notice the statement “no possibility”, not probability. If there is any possibility that clouds could be encountered along our flight route, we do not fly at night.

At Homer Bell’s fly-in this summer, while chatting with a group of pilots and at least two other helicopter flight instructors, three fatal accidents involving the R44’s that were flown at night into IMC were discussed. I posed the question, “what would you do if you are flying at night and suddenly loose all outside reference due to flying into a cloud?”

Everyone agreed that the proper response would be to immediately execute a 180-degree turn and exit the cloud in the direction from which you entered it. This might be the proper response in a fixed wing airplane but not in a non-instrument certified helicopter.

Although most helicopter flight instructors teach that a 180-degree turn is the safe way to get out of a cloud, that decision will most likely be a fatal mistake. Airplanes are inherently stable. If you take your hands off the controls of most airplanes, they will continue to fly due to their built in aerodynamic stability. 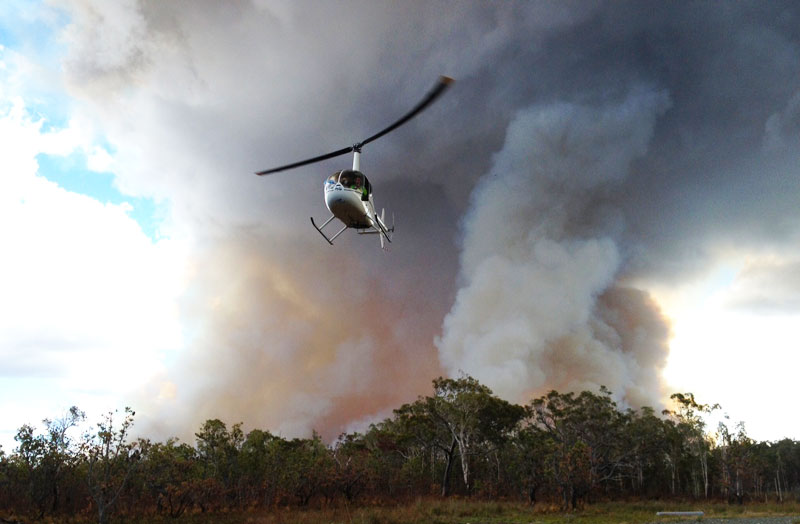 Helicopters are inherently unstable. The only stability in a helicopter is the pilot at the controls. The pilot keeps the helicopter stable by visual reference to cues coming from outside of the cockpit. If the helicopter pilot were to let go of the controls, the helicopter would go totally out of control and self destruct in only a very few seconds.

It was stated at one safety meeting that an instrument rated helicopter pilot can keep a light helicopter straight and level for up to a minute before beginning to loose control should he loose all outside reference. If that pilot were to enter a 180-degree turn without outside reference, the helicopter could very quickly go out of control.

Of the three fatal accidents flying helicopters that we mentioned above, (all were in heavier R44, four place helicopters, which are more stable than the light helicopters most of us fly) one pilot was an instrument instructor and another was instrument rated.

On a recent ferry flight from San Antonio, Texas to Missouri in a Hughes 269B, we stopped in Clarksville, Arkansas to refuel for the night portion of our flight. After topping off tanks and checking flashlights, we called flight service to check on the weather along our proposed two-hour leg.

Flight service reported that there were no clouds along the route and it looked like it would be a perfect night flight to bring us on our final leg home. My student was enjoying the view of the stars and scattered lights from various towns and ranches on the ground as he piloted the helicopter along our route. 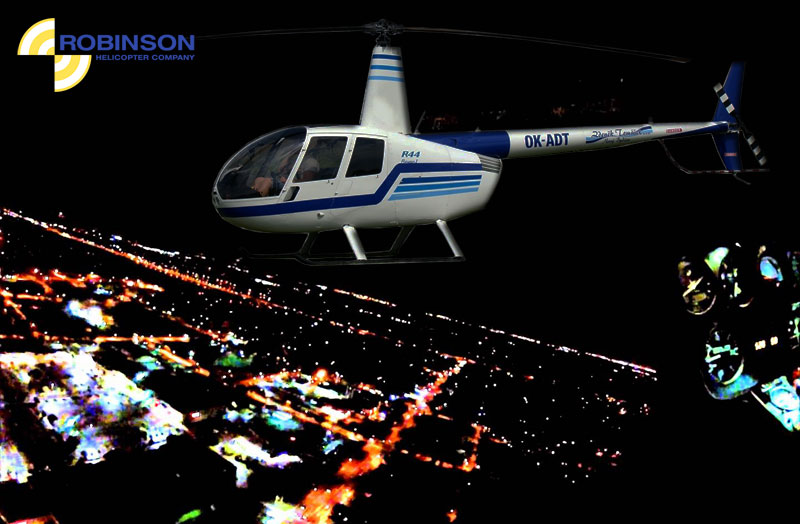 About 20 minutes into our night flight we lost all outside visibility without warning. The millions of stars and numerous ground lights just suddenly disappeared from view. I recalled the three recent accidents involving experienced pilots in their R44 helicopters that flew into IMC at night with fatal results.

We have always taught our students “if in doubt, auto out”. Although we never expected to fly into a cloud at night, much thought had been invested in that subject. The decision was made that the best way to stay alive, should one totally loose outside visual reference, would be immediately enter an auto.

While the helicopter is in autorotation, it is in the most stable flight configuration that it can attain. The up-flow of air through the rotor system keeps the rotor disc facing up and the helicopter hanging below it until the pilot is able to see the ground and flare. At least it was a plan of action, should one ever loose outside visibility.

On this particular flight we encountered that very situation. There were no clouds predicted along our route. The sky was perfectly clear allowing visibility for miles. When visibility was suddenly lost the collective was immediately lowered to place the helicopter into an auto-rotational descent.

It seemed like we were in that auto for a full minute but it was probably more like 20 seconds. This particular helicopter was not equipped with an artificial horizon, directional gyro, or even a vertical speed indicator.

By focusing on the rotor rpm and the airspeed indicator we were able to keep both within their limits. We also kept a watch outside hoping to see a glimpse of the ground or trees so that a flare could be made prior to impact.

As we continued to head earthward in a very stable and upright flight condition, the smell of wood smoke filled our nostrils. We had flown into a cloud of smoke that flight service did not know would be there.

All at once the lower portion of the wind screen filled with numerous ground lights and even more bright orange bands that turned out to be flames from a controlled burn being conducted by the Arkansas Division of Forestry. With outside visual reference restored, we resumed normal powered flight.

We realized that we had unwittingly entered a very dangerous situation, one that could have produced fatal results, and yet we had survived. The reason we did survive was we had a plan of escape should we enter a cloud at night. When the unexpected finally happened we reacted.

Once we were clear of the smoke cloud we executed a 180-degree turn and headed for the nearest airport. We set down, parked the helicopter, borrowed a courtesy car and went into town for meal and a motel.

We had both experienced enough night flight for that particular evening. The next day we got up early, had a great breakfast at the local diner, returned the courtesy car and headed home.

When we got to the area where we had encountered that killer smoke cloud, I looked down at the rough terrain below us and thanked God we were not the subjects of a Civil Air Patrol search for a missing red and white helicopter.

I am now convinced more than ever that if I ever again loose outside visual reference (I don’t plan on it ever happening again!) I will once again immediately enter an autorotation and live to tell about it.

Refer back to the question that I posed to the CFI’s and pilots at Homer’s last year: “what would you do if you are flying helicopters at night and suddenly loose all outside reference due to flying into a cloud?” Their unanimous answer was to immediately execute a 180-degree turn to fly out the way they came in. What would you do? 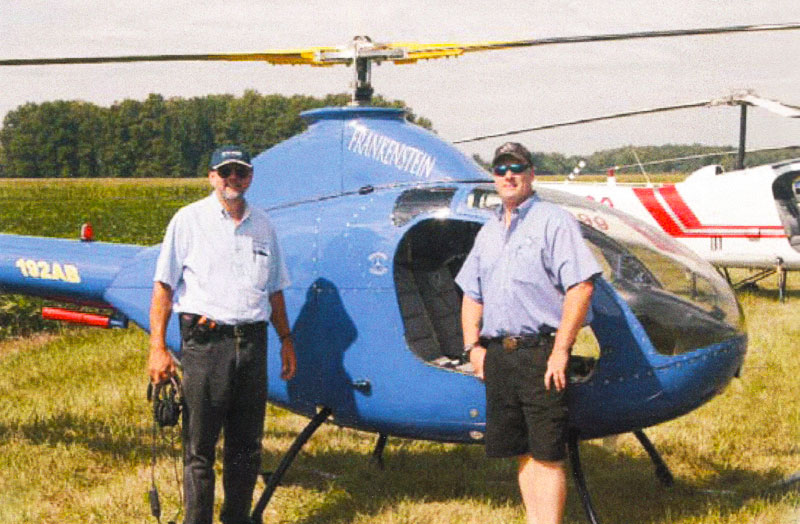 Orv Neisingh is an FAA certified Helicopter Flight Instructor with Sho-Me Helicopters, LLC. He offers helicopter flight training in your own helicopter either at your location or at his facility in the beautiful Ozarks of Missouri.

He also can assist you in the rigging and balance your rotor system as well as instruct you in maintenance procedures for your helicopter while you are receiving your flight training.

Sho-Me Helicopters welcomes you to come to their helicopter flight training facility in Missouri where they provide full RV hook-ups and also offer free room and board to their students in the family home. Orv schedules one on one instruction for flying helicopters meaning when you hire Orv; you are the only student that he works with during that time period.

COURTESY: You can visit Orv Neisingh at his website.

(i) That person acted as sole manipulator of the flight controls; and
(ii) The required takeoffs and landings were performed in an aircraft of the same category, class, and type (if a type rating is required).”

FAR 91.151(2) states that “No person may begin a flight in an airplane under VFR conditions unless (considering wind and forecast weather conditions) there is enough fuel to fly to the first point of intended landing and, assuming normal cruising speed… (2) At night, to fly after that for at least 45 minutes.”

Specifically, FAR 91.205 states that “For VFR flight at night, the following instruments and equipment are required:

By the way, the FLAPS acronym goes like this:

You have to use the aircraft’s position lights at night. It’s required by FAR 91.209, which states that “No person may, (a) During the period from sunset to sunrise… 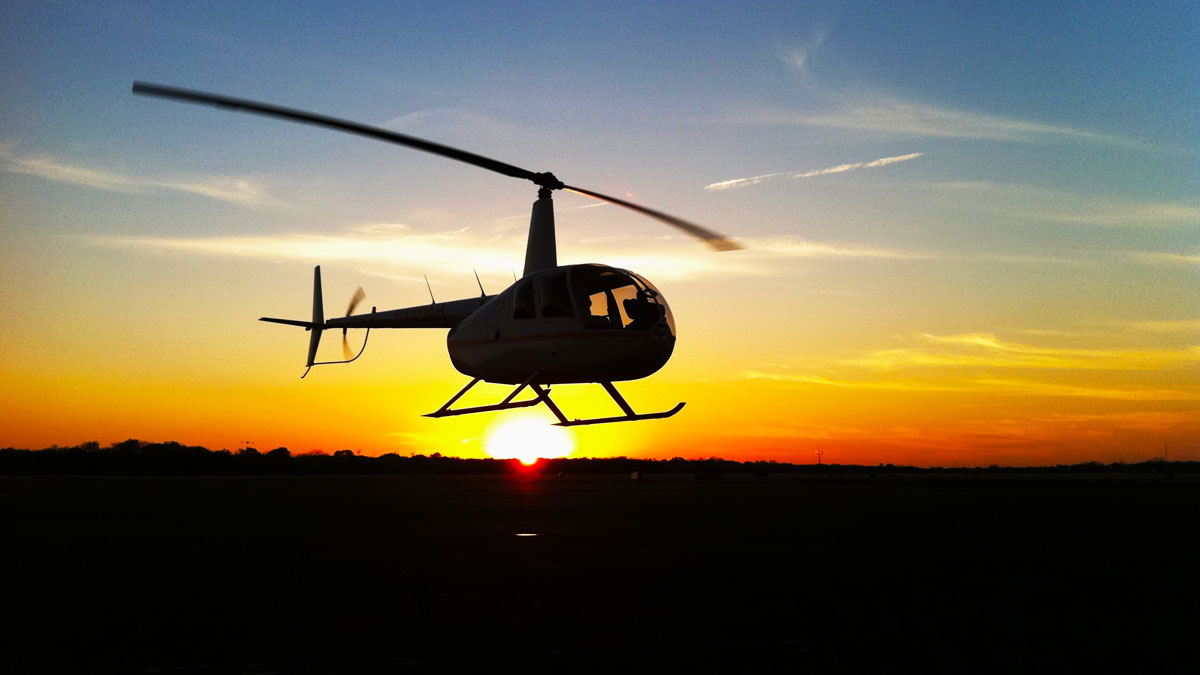 Article Name
Flying Helicopter In Clouds & Smoke
Description
Taking a more practical view of flying helicopters in the real world, what are some of the most common fatal mistake that have some equally common cures.
Author
Orv Neisingh
SHARE TWEET PIN SHARE

Be the first to comment on "Flying Helicopters In Clouds & Smoke"