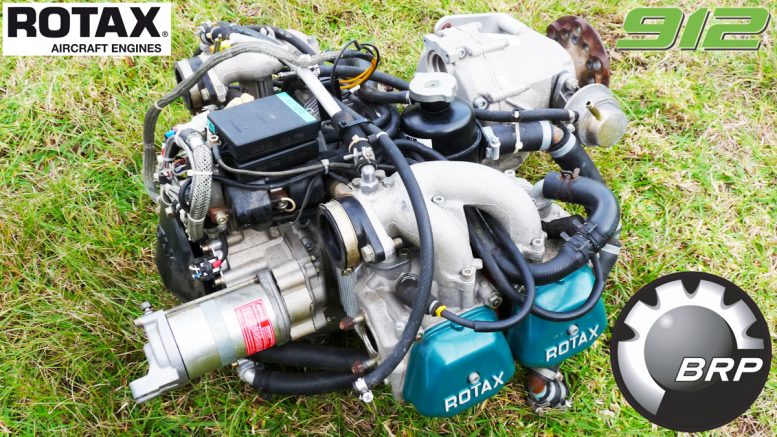 It is fair to say that the modern aircraft kit industry owes its existence to the two-cycle Rotax engine – (of which horizontally opposed engines has now become the standard). Every popular small kit airplane is powered or can be powered by a Rotax. The engines are readily available, relatively inexpensive, and they have become increasingly more reliable.

With the addition of dual capacitive-discharge ignition (CDI), oil injection, and increasingly durable gearboxes, the engines have evolved from a dubious source of power to the standard by which others are judged. The big advantage to the engine is its power-to-weight ratio. The two stroke 64 hp Rotax 582 weighs less than 100 pounds.

Most four-cycle engines of the same horsepower weigh two to three times that much. Not only are they heavier, but they are considerably larger. A four-cycle engine requires a cam shaft, rods, lifters, rocker-arms, and associated hardware. All this adds weight. 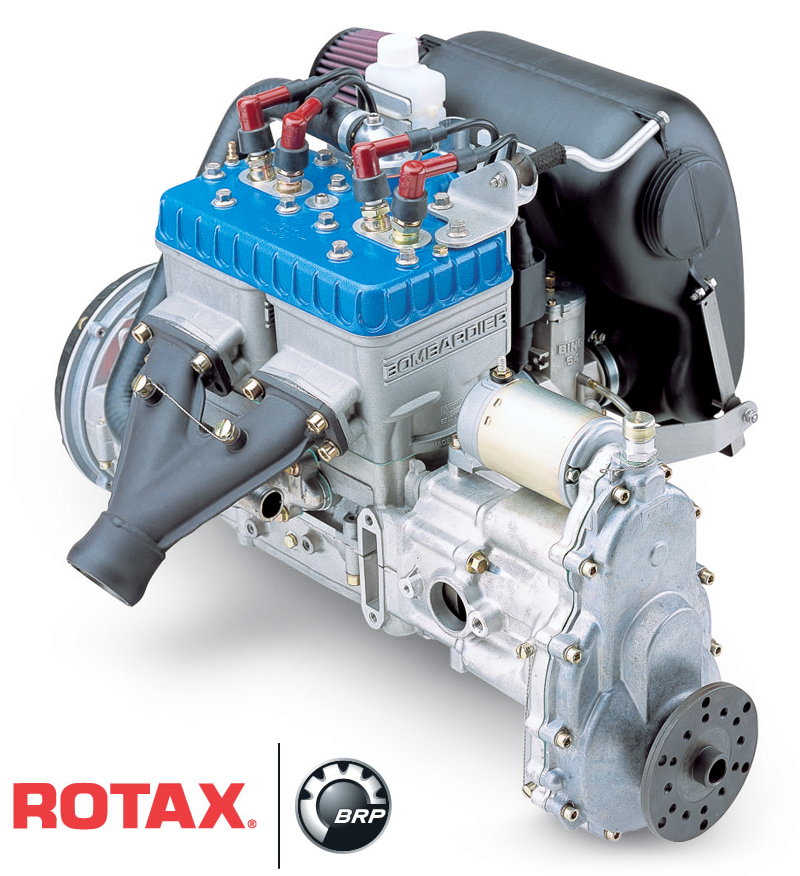 Also, the aircraft must be configured so as to balance and, if the pay load is positioned directly under the empty center of gravity, the only way to adjust for a heavier engine in the front of an aircraft is to hang a heavier tail, or at least a longer tail, behind.

Therefore, the penalties for using a four-cycle engine are great. Added weight and added size result in reduced performance, all other things being equal.

At this point, one might ask, “If the two-cycle engine is so good, why mess with any other engine?” There are really two reasons which incline a pilot or aircraft designer toward the larger, heavier four-cycle engines, and those reasons are reliability and power.

Even though the reliability of Rotax engines has increased a great deal over the last decade, you still have an engine which is moving very fast. The harmonic vibrations alone set up from this kind of an engine can crack hardened steel in a few hours.

Rotax engines in the larger horsepower sizes have become increasingly complicated, relying on water pumps, radiators, oil pumps, fuel pumps, rotary valve units, and other accessory items to keep them in operation. Should any one of these accessories fail, the engine will fail immediately thereafter. Beyond all this, the largest two-cycle Rotax engine available will only deliver 64 hp. 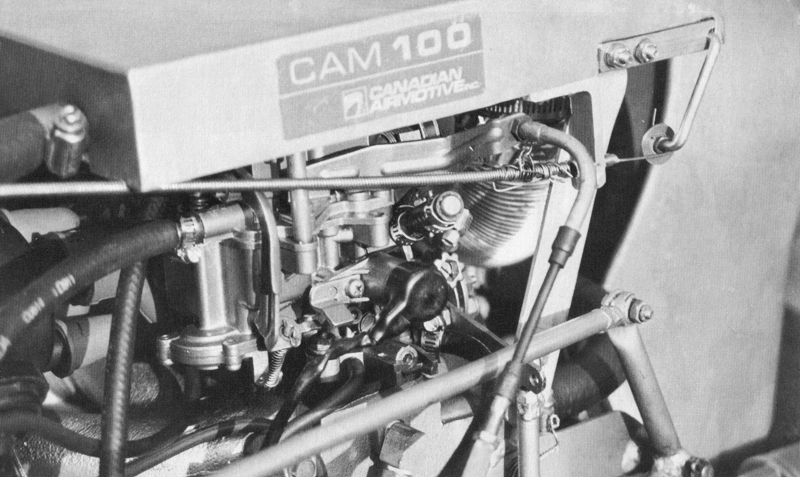 If you build your airplane very small, and very light, 64 hp is enough for a two-place aircraft. But if you build a larger aircraft — if you add weight such as an electrical system, radios, sound-proofing, upholstery, and a baggage compartment — there just aren’t enough ponies. Many of the new designs which use the Rotax engine perform very well, but only if they are kept light. 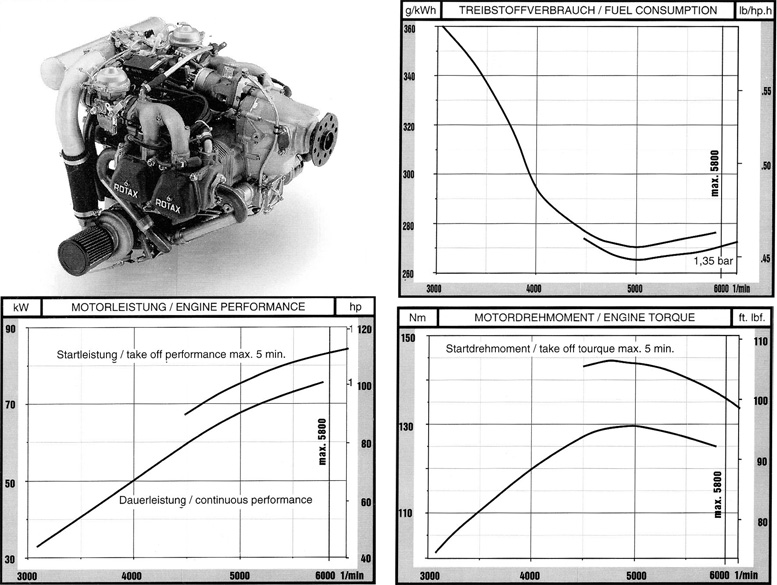 Unlike conventional four-cycle aircraft engines, which usually turn the propeller via direct drive, the Rotax uses an integrated reduction gear drive with torsional shock absorbers. This allows the engine to turn at 5500 rpm, while turning the propeller much more slowly.

The first aircraft I flew with the Rotax 912 installation was the Zenair CH-701 STOL. When equipped with the larger four-cycle horizontally opposed engines, the airplane would leap into the air and climb at nearly a 45-degree angle. I had the feeling that the airplane could haul just about anything you could get inside.

The next airplane I flew was another Canadian design, the Murphy Rebel. This airplane needed the bigger engine strictly because of its size. The Rebel is a large airplane with a lot of drag.

It is really three-place, and if weight is added the additional horsepower are certainly required. I also flew the Murphy Renegade Biplane with the 912 and this engine was perfect for the aircraft.

Biplanes have a lot of drag. So a two-place biplane needs more than the 64 hp available from a two-cycle engine. The four stroke 912 horizontally opposed engines are a good match. Since that time, I’ve flown a 912-powered Kitfox, the Capella, and several other airplanes. In every case, the increased horsepower allowed the airplane to carry extra weight which was usually translated into creature comforts. 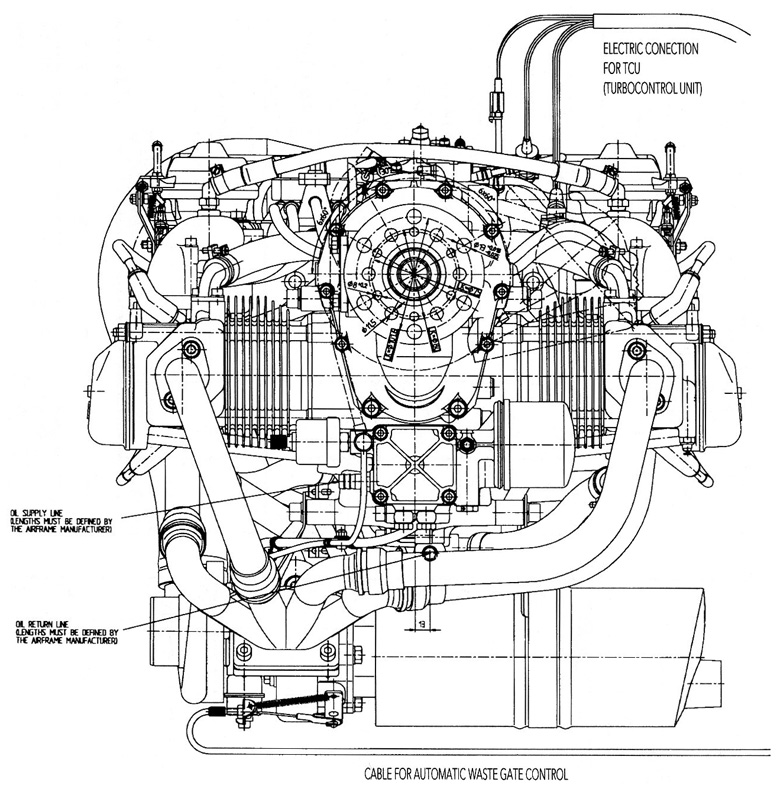 The newest engine to take hold in the kit-built aircraft industry is the Mosler four-cycle engine. This engine is an adaptation of the Volkswagen four-cylinder automobile engine. It is available up to 82 hp and drives the propeller directly. I got a chance to fly a Mosler-powered Fisher Classic Biplane recently and found that the engine was ideal for this particular airplane.

Though the acceleration wasn’t quite as good as I might expect from the 80 hp Rotax, the acceleration was satisfactory and the sound of the slow-turning four-cycle horizontally opposed engines was music to my ears. I’m no scientist, but it seems to me that the more slowly an engine turns, the longer it will last. But what do I know? 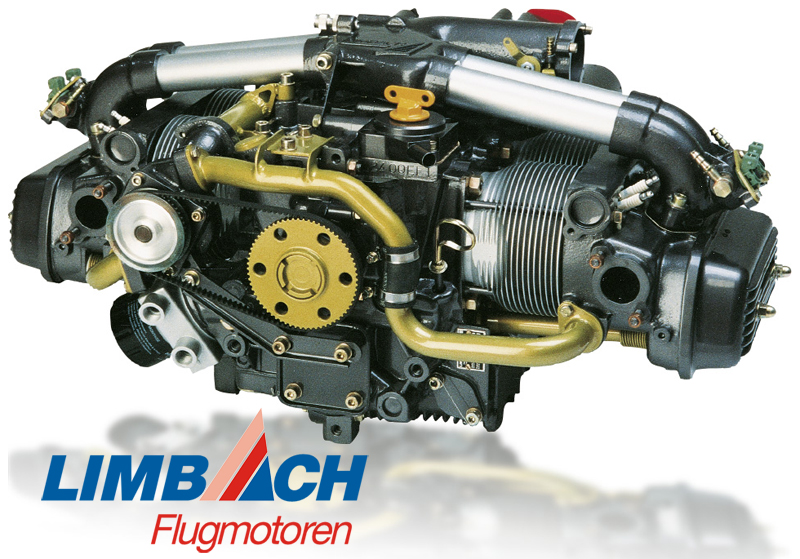 The horizontally opposed four-banger has received European JAR certification and should be getting its walking papers here soon, as well.

The Limbach is another Volkswagen engine derivative on the market. This smooth-running European engine delivers plenty of power but, like the Mosler, it is a little short of torque on the bottom end. The Fisher Horizon demonstrator is powered with this engine.

Another adaptation of an automobile engine is found in the Canadian Air Motive (CAM-100) conversion of the Honda automobile engine. This engine breaks with other conversions in that it uses a reduction drive to allow the engine to turn faster, it is an in-line engine instead of being horizontally opposed, and it is water-cooled.

I had an opportunity to fly a Malcomb Merlin with this engine in it and I was both pleased and impressed with the setup. Unlike the other conversions which force the engine to operate at less than optimum rpm, the re-drive on the CAM-100 allows the engine to turn faster and deliver more torque.

Perhaps the most recent trend in aircraft power is the most unusual. Several new designs this year are using old four-cycle Continental and Lycoming engines for power. One of the things which kept new designs from emerging, we were told, was the shortage and expense of these engines.

Yet, for whatever reasons, they seem to keep creeping onto the front of different airplanes. Mike Fisher’s new Celebrity biplane is powered by an old, faithful C-90 Continental.

The Murphy Rebel has just been flown with a Lycoming 0-235 engine on the front — the same engine which powered the 7ECA Citabria and the Cessna 152. The engine mount for this installation will now be available with the Rebel kit. The ProTech ProStar is using a Lycoming 0-320 engine to haul that airplane into the sky.

There is a more subtle pressure which is pushing kit manufacturers toward certificated engines. The FAA has been making some positive noises about easing the certification requirements for small aircraft. Should this come to pass, it is one thing to certify the very light but otherwise very good airframes which many of the manufacturers are producing.

But it is another thing entirely to certify a foreign two-cycle snowmobile engine as an airplane engine. It is entirely possible that the FAA will embrace several of the new designs which have come on the market, and at the same time reject the engine which usually hauls them into the air. What do we do then?

It seems then that we have come full circle. We have come back to the future, and the future of General Aviation may depend upon an engine of between 150 and 200 hp. The lightweight two-cycle engines are enough to get two people into the air and very little else. 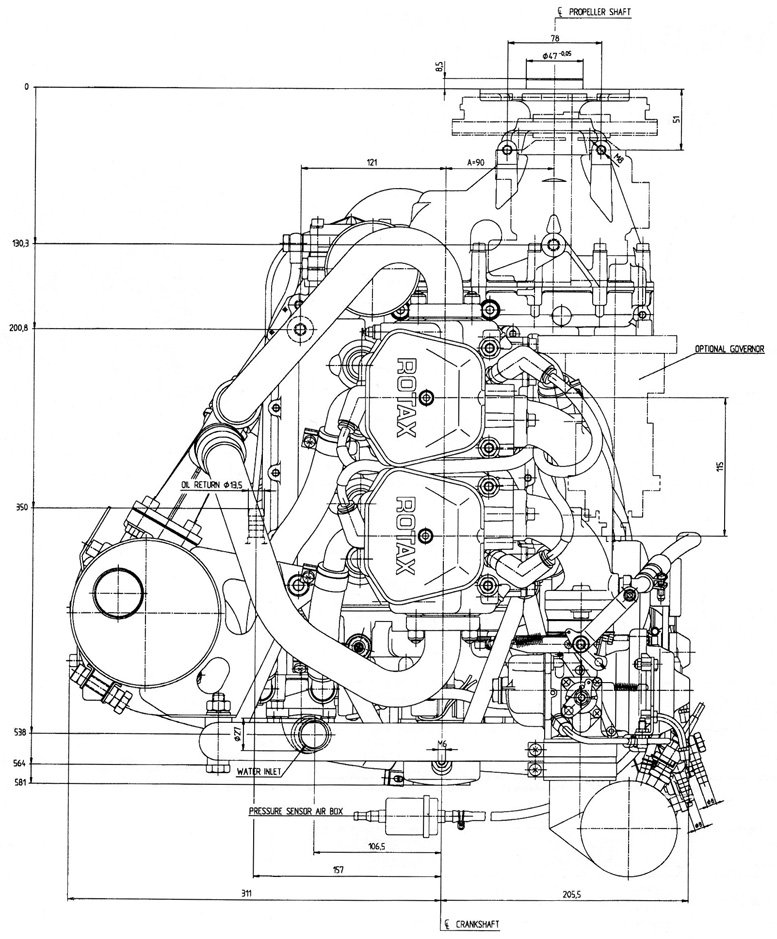 Rotax’s new 912 gives a little more horsepower, and many of the airframes on which it is hung perform much better than they did with the smaller engines. The Mosler engine can also help out a heavy airframe with a few extra horsepower, but where do we go from here?

The use of old aircraft engines on new designs is disturbing because it points out the fact that we, as an industry, have yet to develop a new, reasonably priced airplane engine — one which can deliver sufficient horsepower to lift a heavy aircraft aloft. Until that happens, our industry appears to be left with small, primitive two-place aircraft which can only go 100 mph. 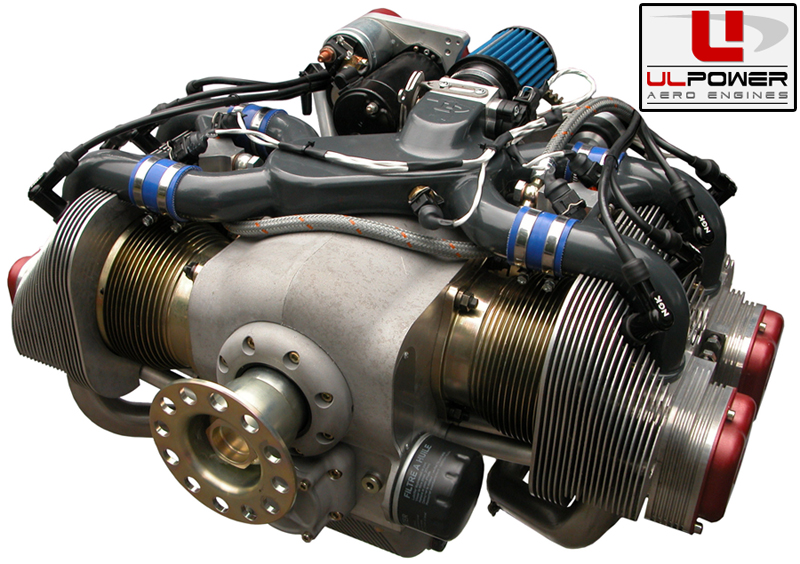 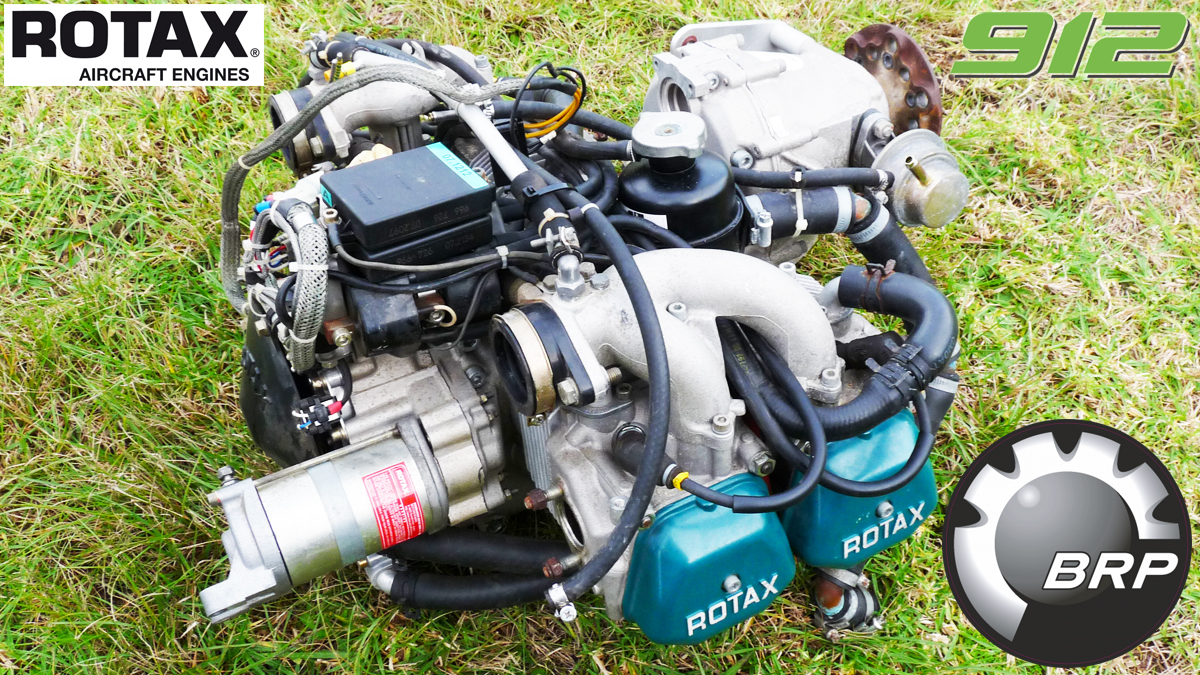