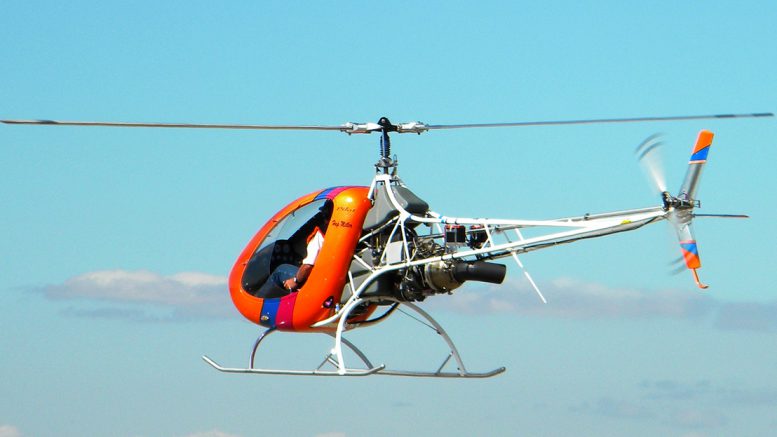 Now, take a look at a SOHC EJ25 with a Stratus cam grind. It will weigh around 340 pounds complete with radiator and coolant and all accessories and develop approximately 190 hp. That equates to a weight/power ratio of around 1.8:1.

Even in stock form with 165 hp output it still has a weight/power of 2.06:1 which is better than any aircraft engine equipped with a full electrical system (flywheel, starter, and alternator). Unfortunately there are not many small displacement engines (around one liter) on the market other than the Geo Metro powerplant which has been converted for aircraft use. The power to weight ratio of the 1.0 liter Geo engine conversion by Raven Aircraft is around 2.4:1.

I keep harping on the advantages of the Subaru engines but it just boils down to the simple fact that a horizontally opposed four or six cylinder configuration is inherently lighter and more compact than an inline or Vee configuration.

And, to top it off, a horizontally opposed configuration is inherently well balanced and the crankshaft is stronger for its weight than that of an in-line engine because it is considerably shorter. The new, 4-stroke Rotax V6 engines are approaching a horizontally opposed configuration since they are a shallow, 120 degree V engine. And, as previously mentioned they make their power at a whopping 6,000 rpm. The normally aspirated, 3.0 liter engine develops 210 hp and the turbocharged model makes a whopping 300 hp.

Those engines are out of the reach of the average homebuilder and there is not a whole lot of demand for a 200+ engine for a rotorcraft — at least not for a gyroplane unless you want to build a four seat ship. But, if one wishes, there is a Subaru engine of about the equivalent displacement and power—the H6-3.0 which is a six-cylinder, 3.0 liter powerplant that is rated at 212 hp @ 6,000 rpm.

The 2005 version of the L.L. Bean edition of the Outback or the VDC edition of the Legacy are equipped with H6-3.0 engines that are rated at 250hp @ 6600 rpm. The engines are quite compact also, being only about an inch longer than the 4-cylinder, 2.5 liter EJ25.

I don’t know what the weight of these engines are but my guess is about 40 pounds more than an EJ25 which is on the order of 375 pounds for a 250 hp engine. That equates to a weight to power ratio of 1.5:1! That is as good as about any two stroke engine.

I have thought about a large gyro design that would be capable of carrying a pilot and a few hundred pounds of cargo—sort of a flying pickup truck or a flying camper. There just might be a demand for such a ship.

I had visions of building a twin engine, push-pull configuration gyro for several years, but since I have had a lot of medical problems I am going to resort to flying under the Sport Pilot rules which only allows the use of one engine with a maximum of 200 horsepower.

So, I have come up with a two place, side-by-side, tractor gyro configuration that will cruise at 100+ mph and will be capable of carrying me and my wife plus a respectable amount of baggage. This basic design which will utilize an EJ25 engine could be scaled up to a 3-4 place ship with the H6-3.0 engine.

The ship will have outstanding climb and cruise performance, but it will not be a gyroplane for low and slow flying. Best rate of climb and best glide speed will be around 65 mph. Top speed should be in excess of 130 mph and cruise somewhere in the range of 100 – 115 mph (87-100kts.) At least that is my goal. I don’t think it is unreasonable considering the low power loading.

As mentioned earlier, the configuration could be scaled up sufficiently to carry four people or a pilot and several hundred pounds of cargo. For a cargo ship twin boom design similar to the Cessna Skymaster would be useful (minus the rear engine).

Twin booms would support vertical fins and rudders and a generous sized horizontal stabilizer. A clamshell cargo door would be utilized to allow easy access to accommodate the loading of bulky items. The airframe construction technique would be a truss framework of aluminum angle and gusset plates bolted together with AN3 countersunk bolts.

This technique has been very successful on the four place, high wing BD-4 homebuilt airplane. Over 700 BD-4 aircraft have been built with Engines developing from 108 to over 300 hp.

The configuration that I have in mind has already been built. Groen Brothers Aviation modified a 337 Cessna Skymaster by replacing the rear engine with a clamshell door and installing a 420 hp turbine engine in front. It flies well with quite high disk loading.

Such a ship would be useful for a number of tasks including a four place gyroplane, a cargo ship for bulky items, or a flying camper. It may seem a little far fetched and out of the “homebuilt” class, but there are large fixed wing homebuilt aircraft, even up to a 10 place ship, so why not a four place gyroplane?

Although landing approach speed would be a little higher than most gyros the ship would still have all of the desirable features of a gyroplane such as; no stall or spin, short landing distances, and easy to transport on a trailer and store at home. 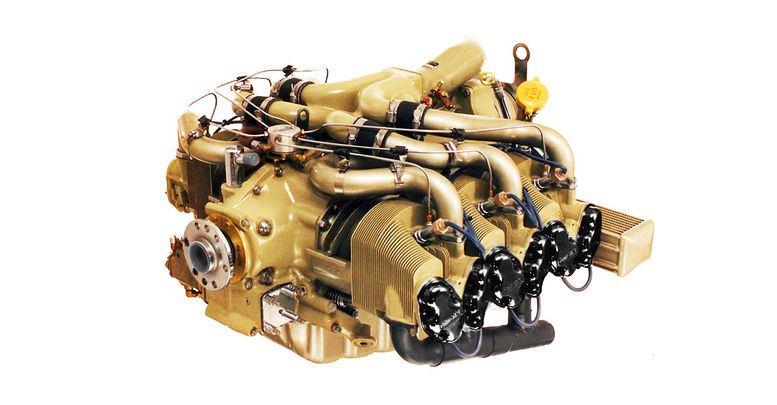 THE new Flight Design certified four-seater, the C4, will feature a Continental engine when it first reaches market next year, unleaded-ready to be future-proofed against the potential elimination of avgas.

The firm revealed the aircraft at AERO 2011 earlier this year, and outlined a basic engine spec of 180hp and mogas-ready – but left it open to being supplied by either Lycoming or Continental.

The final choice is the Continental IO-360-AF six-cylinder, derated from its 210hp peak to 180hp for the C4 – plenty for its 1200kg MTOW. The ‘AF’ suffix stands for alternative fuels, so it will run fine on 100LL avgas, and lower octanes too.

After initial launch, Flight Design said that it intends to introduce a diesel-powered option. It had been suggested that the diesel engine used would be the 155hp Thielert Centurion 2.0-litre, but since Continental has recently confirmed that work is ongoing on its own new diesel engine – based on an SMA design licensed to Continental – so it might yet be the supplier for a diesel C4 too.

A third engine option will be available too – the Flight Design Rotax-electric hybrid. Flight Design world sales boss John Doman explained: “Alternative fuel compatibility was a key prerequisite for Flight Design and our C4 customers, as the future of 100LL is uncertain at best. We are pleased to announce the avgas/unleaded option. The decision on the Jet-A engine will come later.”

The IO-360-AF has a 2000 TBO, while in the C4 its peakiSohp will come at a leisurely 2550rpm – a relative chug for pilots migrating from existing higher-revving Rotax-engined Flight Designs! The C4*s first flight is due next year, with certification also due in late 2012 or early 2013. It’s priced at $250,000.

And now for a completely different take on the helicopter engine….!

BARE in mind this time of year is the hardest on your aircraft’s engine and electrical systems.

If your airfield has a mobile pre heater to warm your engine and a generator or mobile power pack to aid the battery, use them.

Engine start is the single most wearing stage of a flight cycle, so any effort to get the engine towards average temperature before you crank it over will save significant metal wear.

A chilled engine also strains the starter more, and thus the battery which will already be down on oomph because of the cold.

Also, resist the temptation to over-prime for start-up as excess fuel does create an extra risk of fire. 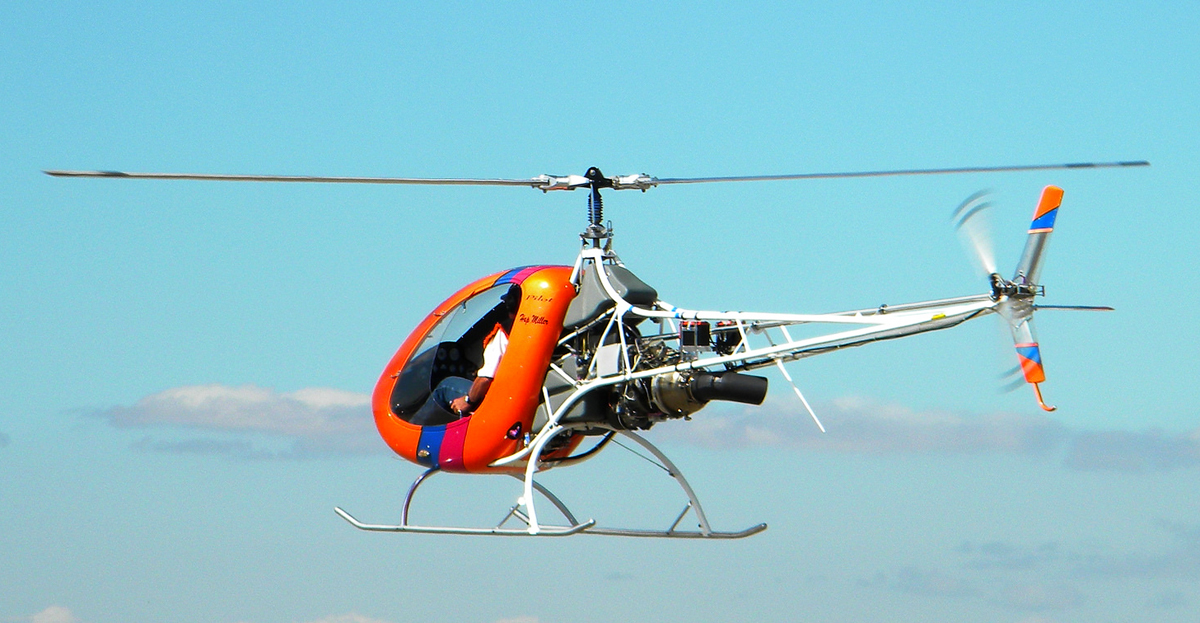 Be the first to comment on "Helicopter Engines Introduction"