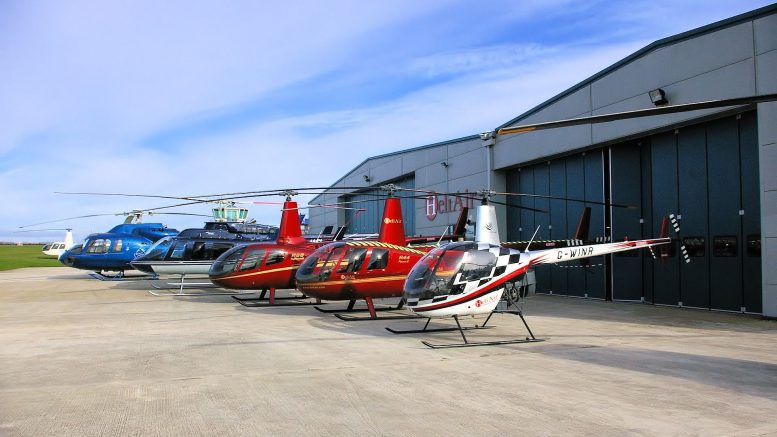 Teaching yourself to fly a helicopter

While this is definitely not the recommended option, many have and still do teach themselves to fly from scratch. Some succeed at this method at becoming an “experimental” helicopter pilot – or as I like to think, a crash test dummy, many don’t! I personally know of a fixed wing pilot who attempted this and ended up wiping out $30,000 of helicopter but fortunately walked away with only minor injuries.

So why have we even listed it here? Well, there will always be those who will try no matter what so we thought it prevalent to supply a few “possible” life saving suggestions. There are many successful – homebuilt helicopter pilots that are self taught, and even a few dead ones!

START: Go spend the couple of hundred dollars on an introductory training flight (TIF – Trial Introductory Flight) at the least and see if it is for you or not! Without this, how do you even know if you enjoy helicopter flight? It is VERY different to flying a plane, particularly during take-off and landings.

Hold on…, isn’t that just what I’ve decided not to do – flight training? Well yes and no. The only reason you are here this time is to see if you will be capable of flying through accepting how it actually feels to fly in a safe environment, ie; with a qualified instructor.

If it doesn’t scare the pants off you, and you find coordinating the four (4) main controls – cyclic, anti-torque pedals, collective and throttle while practicing basic flight procedures and awareness and possibly operating a radio while scanning over instruments (in particular MAIN ROTOR RPM) then this method might work for you.

Tethered flight when done properly IS a the preferred method along with using cross braces on the landing gear to assist in keeping level when greeting mother earth again. This has been used for many years to test new helicopters as well as for the self-trained helicopter pilot.

Safety Through Education For The Helicopter Pilot

Most of what I know about helicopters I learned on wildfire fighting duty in Alaska in the 1980s. The U.S. Bureau of Land Management used “helitack” to shuttle firefighters to wildfires that started a certain number of miles from the fire base. Helicopters were used because they could get there fastest. There were, of course, no roads.

I learned that helicopter pilots can’t see behind them. Fire fighting helicopters, unlike civilian helicopters, might drop you oft or pick you up with the rotor blades turning at high RPM.

I learned that if the helicopter pilot decides to shut down his engine, it’s smarter to stay inside the helicopter until the rotor blades quit moving and the pilot says you can get out safely. The blades droop as they slow up, and they drop down farther to make it easier to get your head whopped off.

I learned why newspaper photographers must be carefully watched when they photograph helicopter operations. One photographer, using a single lens reflex camera and a wide-angle lens, edged steadily closer to the rotor blades as he tried to get closer to the firefighters in the helicopter.

They almost had to tackle him to stop him from getting beheaded. Beheading a newspaper photographer is a sure way to make the headlines, but it’s tough on rotor blades.

I learned that helicopters are so noisy on the ground that shouting isn’t enough. Shouts go unheard, drowned in engine and rotor noise. So anyone close to a helicopter needs to know what NOT to do, because no warning is possible. Safety near helicopters is a matter of training, not shouting.

I learned that helicopters (unlike gyros) have rotor blade disks that tilt in the direction of flight. To go forward, the rotor disk is inclined forward. (With gyros, the rotor blade disk always slants toward the rear.) A loaded helicopter in a hurry can take off with a little bit of up and a whole lot of forward, and nobody wants to be in front of the helicopter when that happens.

I learned that helicopters can be operated safely in extremely poor visibility, such as smoke from wildfires. The ability to hover, or to fly at 10 mph, and to jink in any direction if needed, means that a very competent helicopter pilot can fly in almost zero visibility near the ground. And turbine engines can breathe smoke, at least temporarily, a lot better than I do.

I learned that when another helicopter is in flight, it isn’t too smart to assume it is flying in the direction in which it is pointed. I learned this when the helicopter in which I was a passenger overhauled a helicopter that was hovering over a fire. As a fixed wing pilot, I assumed the first helicopter was moving. Bad assumption.

It was unbelievable how fast the hovering helicopter ballooned in size as we inadvertently tried to ram it. It was glorious when we did not hit the other helicopter in midair, especially when my vision ran faster than my reflexes.

I learned that even an old Bell 47 helicopter can travel cross-country, but preventative maintenance is required. There were no problems during the trip from Bethel to Nome, except for a growing numbness in my hindquarters. In Nome, mechanics swarmed over the little helicopter because it was due for inspection. By that evening the helicopter was in pieces. The next day it was ready to fly again.

I learned how addictive helicopter flying becomes. I have seen helicopter pilots leave their civilian jobs, kiss their girl friends good-bye, and board their dogs at the vet for a chance to fly helicopters and fight wildfires. I’ve seen them come back dirty and grubby and totally exhausted — with huge grins and taller tales that I later found out were true. 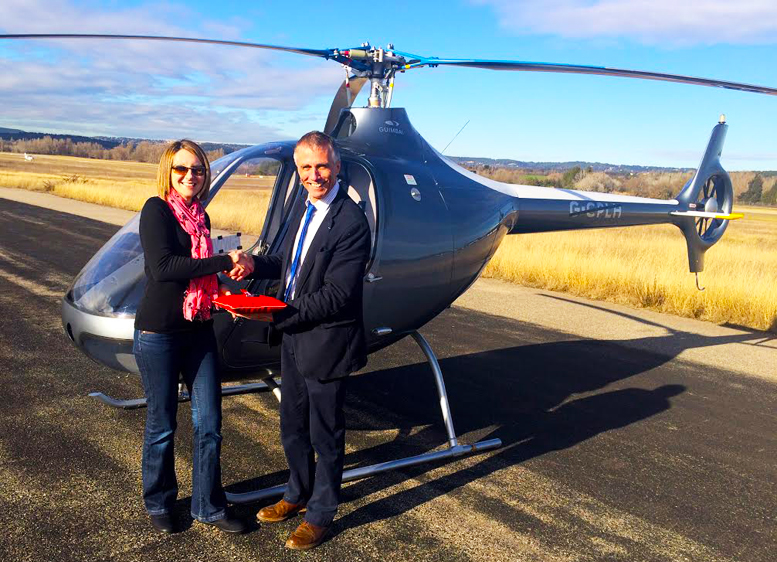 I learned from ex-Vietnam helicopter pilots that Bell Jet Rangers could make their own Landing Zones by chopping the tree trunks down with their rotor blades.

I learned why the U.S. Army uses helicopters with jet turbine engines: they have significantly fewer engine-outs with jet turbines than with reciprocating engines. I also learned that why ex-military helicopter pilots thought fighting wildfires was such a lark, compared to combat flying.

I learned that no amount of hours of flying helicopters can save you when a bearing freezes the power shaft to the squirrel cage in the vertical stabilizer of a Gazelle helicopter, and it’s the equivalent of the tail rotor stopping. My helicopter pilot friend, who always told me how safe helicopters were, died when his French helicopter augured in and made a big smoking hole in the tundra.

Since this is a safety column on helicopters, the most significant thing I learned about helicopters can be summed up in just one word: RESPECT. Try it; you’ll live longer. 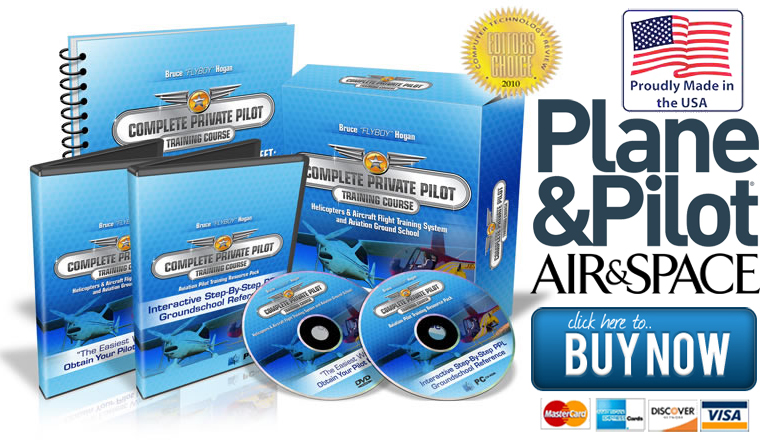 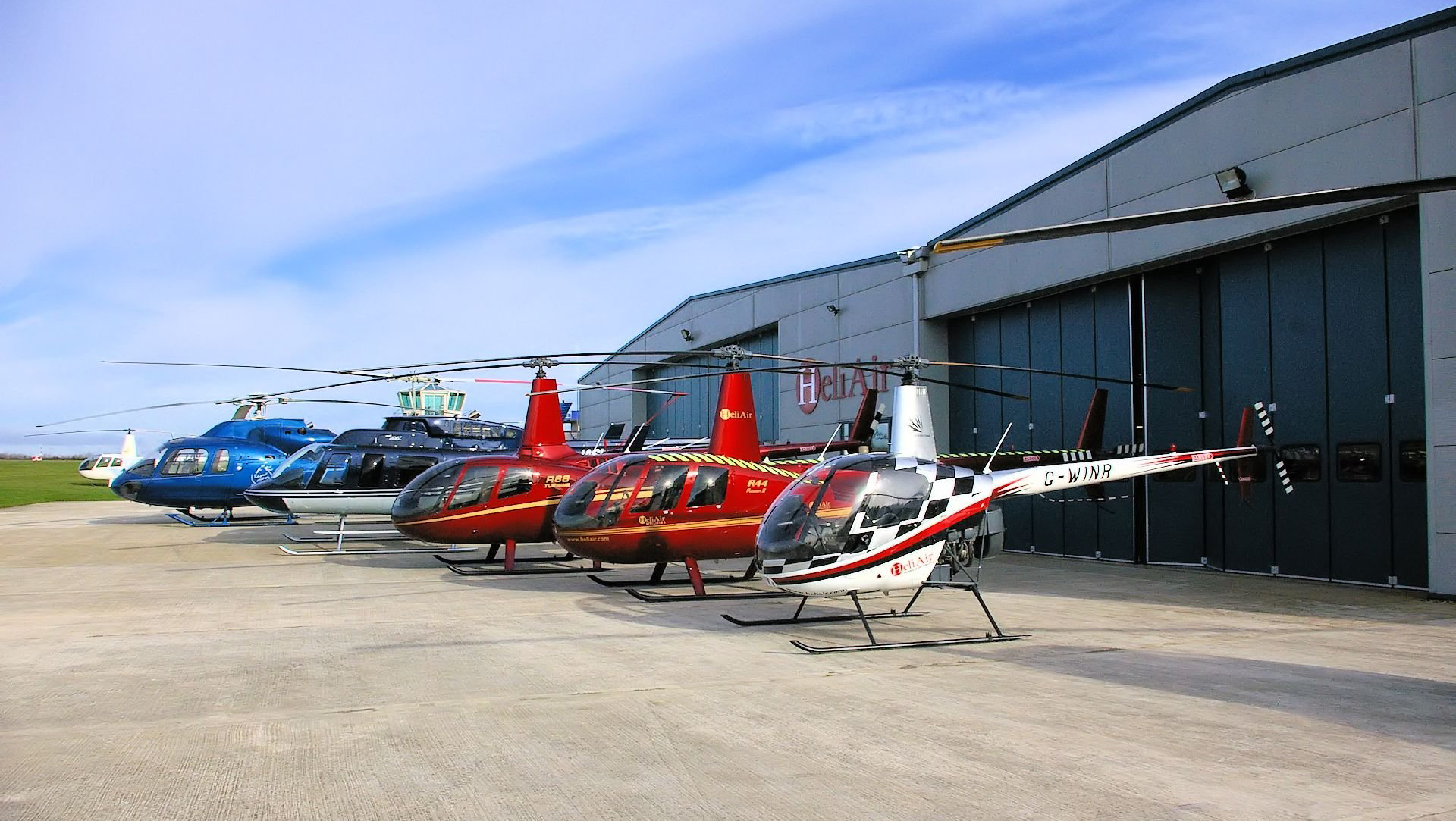 How tough is the transition to helicopters