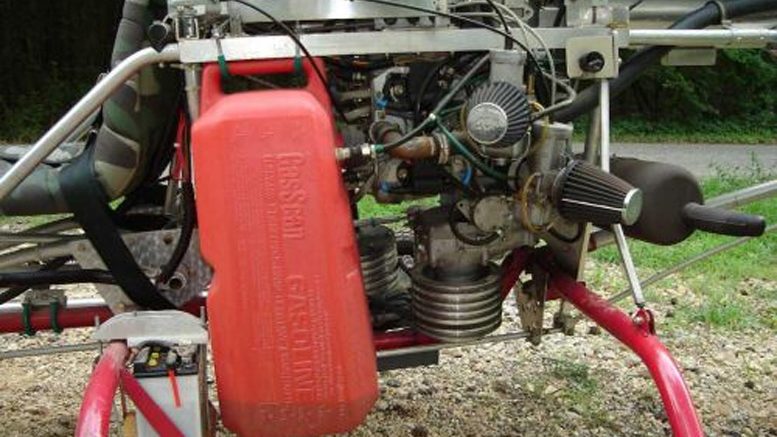 Ben Showers’ colorfully named helicopter, lhe Sky Twister, is a state-of-the-art recreation of one of the best known homebuilt designs of the past sev eral decades: the Adams-Wilson Choppy.

Mr. Showers has taken that design, improved it, enhanced its looks, and added an attractive and highly useful windshield. He is offering plans for building this high-performance, vet relative!) easy and low-cost project.

The single-seat SkyTwister has been designed for the homebuilder and can be scratch-built entirely from the plans. Its bolt-together main frame is built from 4130 steel and aluminum tubing The control system emulates that of a standard helicopter, with full collective, cyclic and foot-operated tail-rotor pedals.

Licensing is obtained in the Experimental Aircraft category. The SkyTwister was never available as a kit, although plans and materials use to be available in the 1990’s. 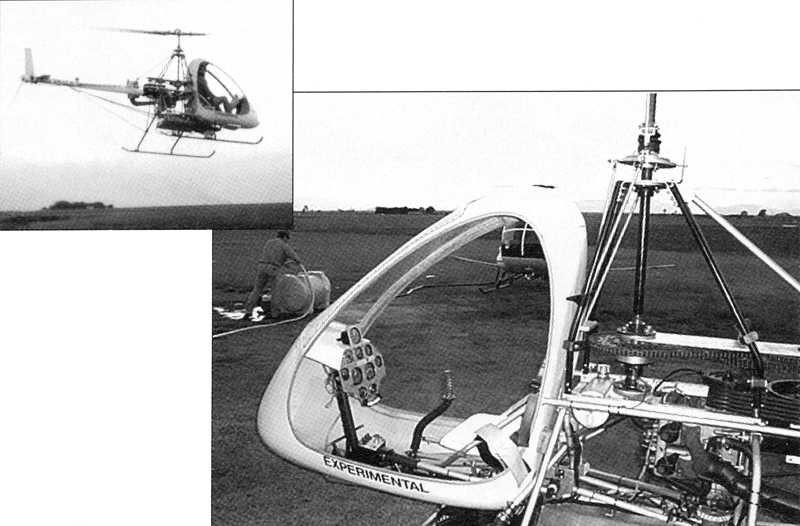 Enclosed is a photo of my SKYTWISTER helicopter – NW plan modified light helicopter, which I have had in the air for around the last 10 months.

This machine is one of two Skytwisters built in my engineering workshop over the last 2 1/2 years; the second machine is due to be inspected within the next 2 months. 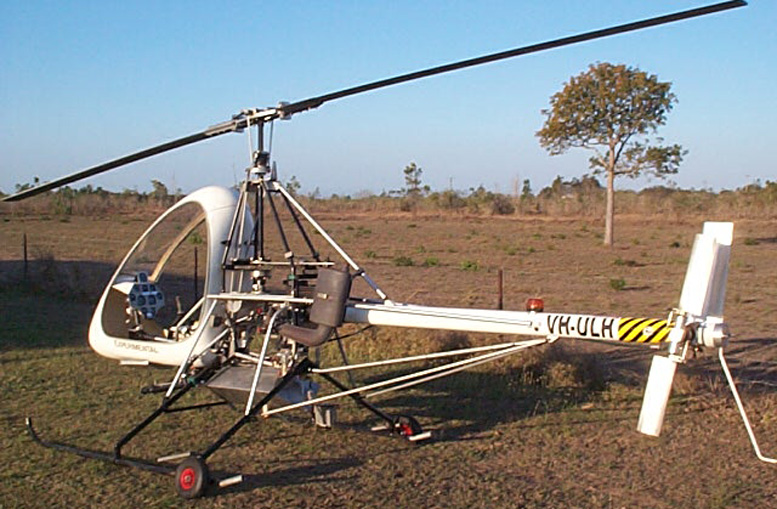 The helicopter in the photo is single seat and powered by a Rotax 618 engine. Its maximum take off weight is 380 kg, and carries a 105-kg pilot with 50 lt of fuel. 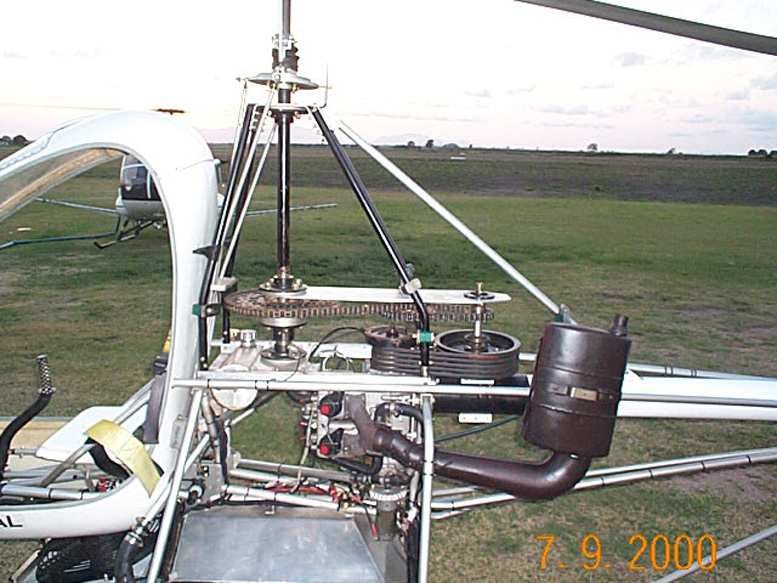 The new design tube tail contains a belt system. I feel this is the most maintenance free, dependable, strong and affordable drive there is for a light helicopter. With over 200 flight hours logged and the belt still looks brand new. I’m not sold on heavier commercial gearboxes, drive shafts, carrier bearings, plus the weight of the shaft drive system.

Poly Chain cog belts can be used for the primary and secondary drive. But the cost for these systems are very expensive! (EDITOR: now days, as an option, you can get off the shelf motorcycle belt drive sprockets that might work).

The sprocket-chain drive is low cost, easy to set-up and adjust, plus the O-ring racing chain needs no lubrication. All the professional moto-cross, hill climbing and racing bikes use this type of O-ring chain and they totally abuse them all year round.

The horizontal stabilizer is adjustable with 17° and works very well. The all extruded “Fleck” rotorblade system (now being sold by Vortech with a stronger 6061 spar) tracks in super smooth without the need for trim tabs. It was surprisingly easy due to the consistent weight, balance and blade finish.

Time Life Schedules? Well, we have been working on tracking this, but at the moment – we haven’t got enough hours up – so for now, a bit of common sense and manufacturers specifications should be a rough starting guide.

Fuel consumption is currently around 4 to 5gal per hour on the two stroke engine. This depends on what type of flying you are doing – “All Hover” or “Mostly Cruising” which uses less.

400-450 main rotor RPM seems to be the sweet spot and works best with the SkyTwister. The Exec 90 weighs around 900lbs dry and uses a higher 500 RPM in their design. The blade size, symmetrical airfoil type, with the SkyTwisters weight, rotor system design are things that determined what works best in rotor blades.

I prefer my drive system but ultimately, it’s up to the builder. While it may look a little complex, I built it this way so that the ordinary backyard mechanic (like me), can build my helicopter design. 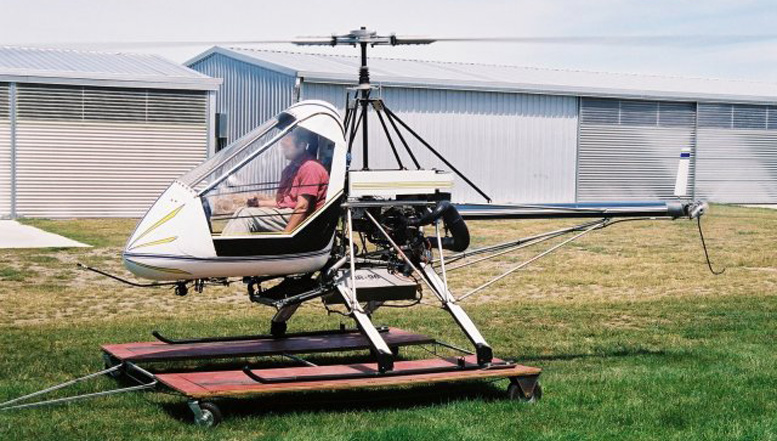 Hi guys, just have a few questions for you regarding your home/plans built helicopters.

Thanks for your time and I congratulate you on your achievement of legally building and flying Australia’s first plans built helicopter.

Thanks for your email, .O.K. here we go…

O.K. my turn for the questions…

I am only to glad to send info or talk on the phone as long as it doesn’t conflict with work. Also VH-ELH is for sale. Come up and have a look take it away. I want to start another project. 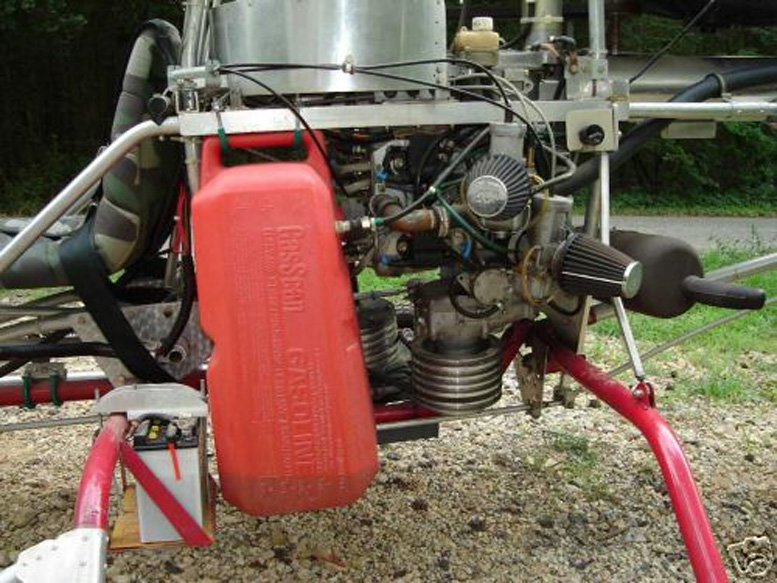 2 Comments on "Home Made Skytwister Helicopter"