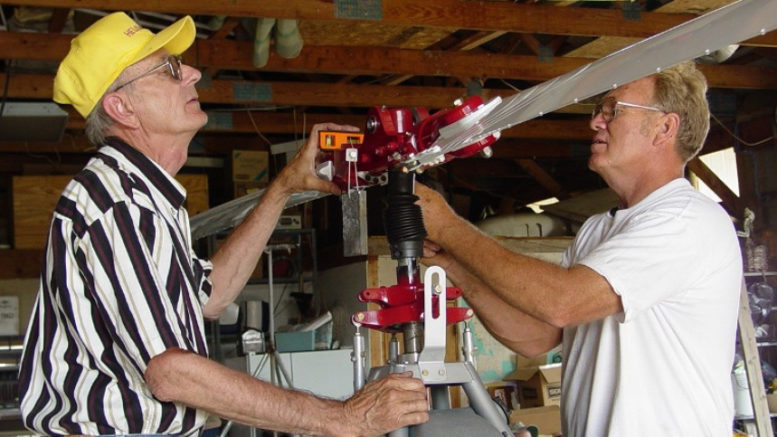 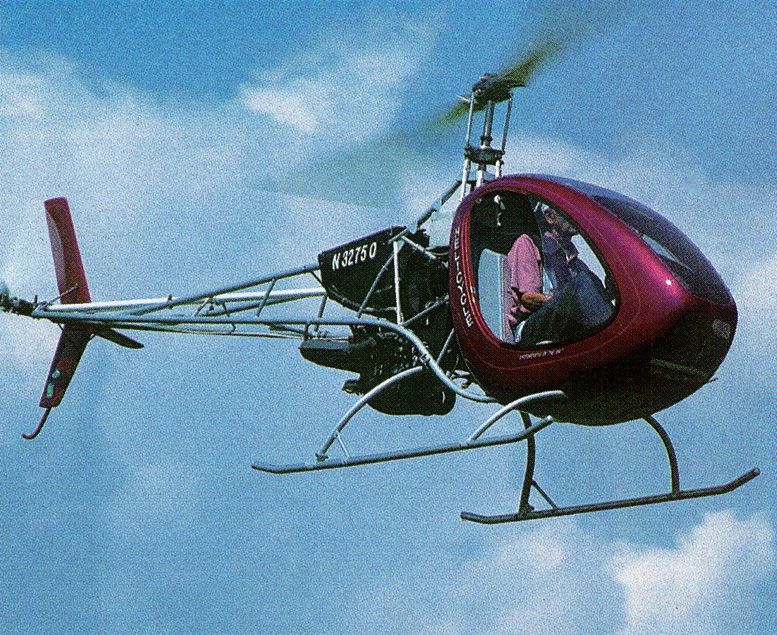 Flying into high-tension wires at 110 mph demands it!

Pslams 34:7. “The Angel of the Lord encamps around about those who fear Him and delivers them.” This is not a story that I was one day hoping to write, nor can I take any credit for its outcome. I wish someone had gotten this on video, because I’d like to have seen it from a distance myself.

The events happened so quickly—and with virtually no injuries—that it’s difficult to believe it happened to me at all. I traveled to Big Timber, Montana the first week of December to demonstrate the Helicycle compound helicopter for some potential investors.

The location was un-congested and the weather was partially overcast and cold. I had surveyed the area and pre-flown a routine the night before. There were high tension wires nearby, and I planned my demonstration to stay clear of them.

The following day I had a safety briefing The with the observers before takeoff and at proceeded to warm up the Helicycle helicopter. The engine did not come up to temperature so I sat in a hover and kind of fumed over this dilemma.

The temperature finally came up a bit and I began my routine. The moment came for the high-speed pass. As I began my parabolic descent and acceleration to 110 mph, I picked out a previously chosen power pole and what I thought was the correct trajectory.

The engine was not sounding right, and as I accelerated I was distracted. I failed to realize that I was going to pull out far too low and also that I was rapidly converging on the very power lines I had previously determined to avoid. 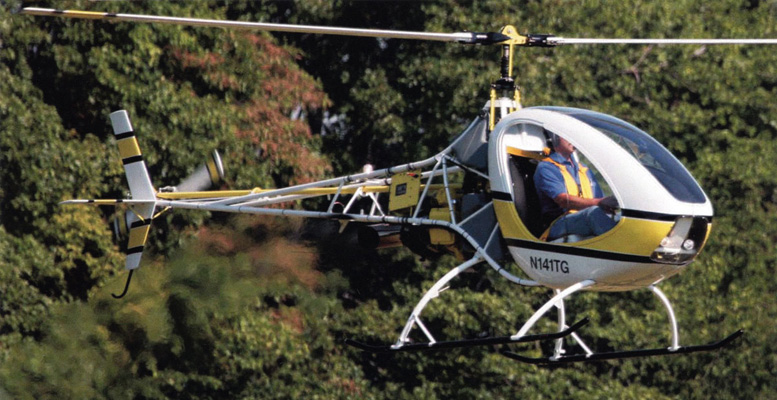 In a heartbeat, black streaks appeared in the center of my windscreen. I was now at my maximum velocity and could not change trajectory. I had no thought of surviving, but I still rolled hard left, hoping that it might help somehow. The ship impacted the wires, sort of slid down them and cut through three of them.

One of the wires wound around the main shaft and destroyed the pitch links. As the ship dropped to the ground, (still traveling at 70-80 mph), the vertical position of the blades (still rotating quite rapidly) caused them to dissipate both vertical and horizontal momentum.

The cabin then impacted extremely hard on the left skid. The ship then rebounded over on the right skid, smashing it flat also. A second rebound Hung the cabin back on its left side, and I watched the world spin around as the snow and dirt flew into my face from just inches away.

After what seemed like 200 yards (actually it was only about 120 feet), everything came to a stop. Fuel was leaking out of the filler neck and it sure seemed prudent to depart. I unbuckled the seat belt and shoulder harness that had held me firmly inside the cockpit, stood up and walked away.

B.J. SCHRAMM can be considered the father of successful amateur-built helicopters; his Scorpion-series kits in the 1970s led to his RotorWay Exec design. The single-seat Helicycle is his current interest.

Hardly believing that I was alive, I noticed the dead power line all wrapped around the ship. Bystanders later told me the other two lines were sizzling and snapping in the snow. The rescue people were there instantly and made me lie down. They were sure I had major trauma and rushed me to the hospital.

I kept telling them I was okay except for a cut on my head. (The cut didn’t require stitches.) The sheriff brought my glasses (intact), and the FAA inspected my paperwork, pronounced it in compliance, and encouraged me to rebuild and get back in the air.

I believe the bottom line to the story is this: Many years ago I asked God not to let me die in one of my own designs. This prayer has been granted several times during my career, but never so spectacularly as it was on the afternoon of December 5, 1997, in Big Timber, Montana.

NOTE: B.J. Schramm later died in another Helicycle helicopter crash – speculated to be caused by a “medical situation.” The Helicycle did not exhibit any form of failure. 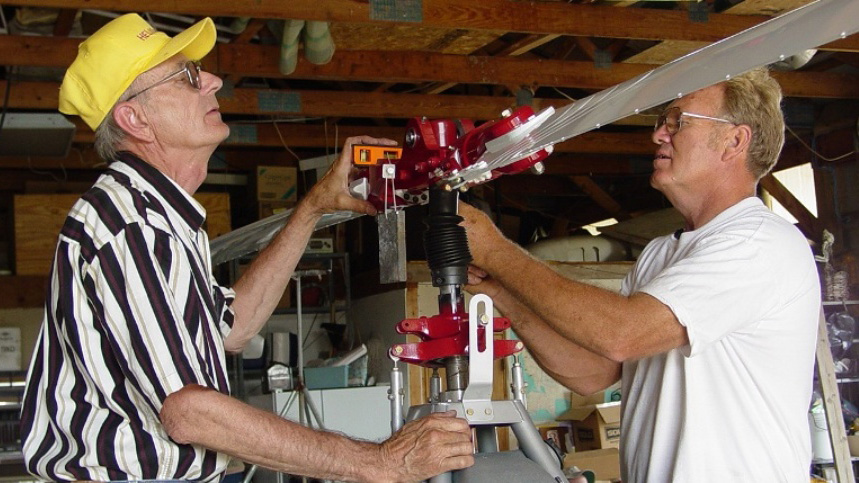 Be the first to comment on "B.J. Schramm Crash Tests Single Seat Helicopter"