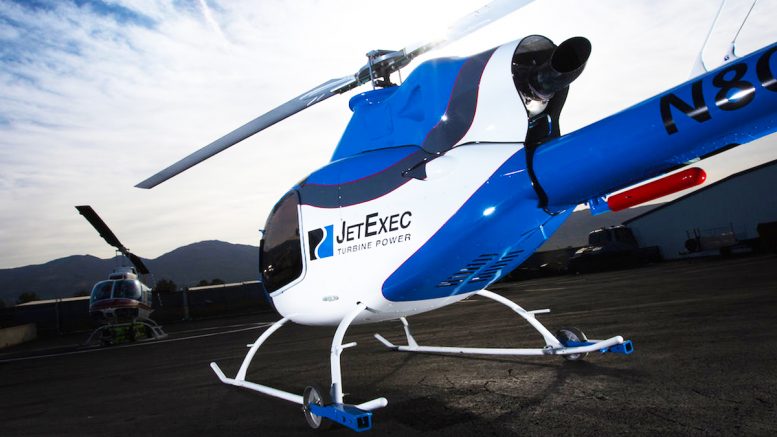 WHEN I HEARD that there would be some light-weight, turbine-powered “JetExec” helicopters at this year’s EAA Golden West Fly-In, I was eager to go. At my last job I was in charge of the inspection and maintenance of huge turbine-powered helicopters. After years of working on these helicopters, I came to believe that it’s hard to beat the dependability of turbine engines.

Although the fuel consumption of turbines is far greater than that of reciprocals, they’re usually lighter and often much more reliable. That’s the trade-off, and it’s one that an increasingly large number of helicopter owners are willing to make.

One of the first homebuilt helicopters I ever inspected was a Scorpion, a product of the talented aviation designer B.J. Schramm. The Scorpion was eventually developed into the experimental RotorWay Exec series of helicopters.

Today, a person who wants to own a lightweight personal helicopter has a number of choices. Robinson offers two- and four-place models. There’s a re-issue of the Brantley B2-B. You could also choose an Enstrom or maybe a Schweitzer (which was once the Hughes). 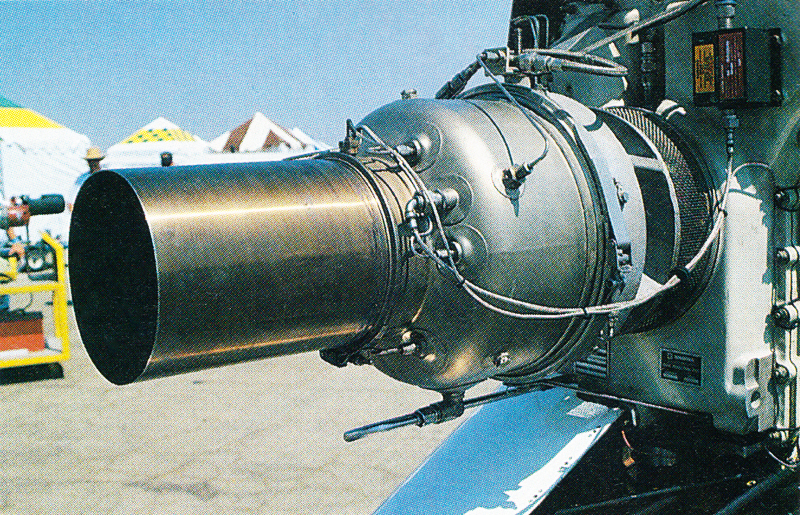 Each of these helicopters uses a small Lycoming engine. Also available in this market are a number of Bell 47s and some Hillers. For the past decade, more helicopter buyers have been turning to those powered by turbine engines.

Because they have excellent records of dependability, a long service life and a minimum of downtime, the Hughes 500 series and Bells have dominated the commercial helicopter scene for years. And the main reason for this is because they’re powered with turbine engines. But ever since homebuilt helicopters first appeared on the scene, they have been on the fringes of acceptability.

One notable exception was the RotorWay Exec. Over the years it has earned an excellent reputation and an enviable safety record. The Exec is powered by a small, electronically controlled four-cylinder engine specifically built for it. This sophisticated 162-cubic-inch engine uses the FADEC control system.

RotorWay’s modern 162F is obviously state-of-the-art, so why would anybody want to change the means of powering this aircraft? If you owned a new RotorWay, you probably wouldn’t consider a change, but if you had one of the many hundreds of older Execs still flying today, you might consider upgrading your earlier engine to a turbine.

A Lucky Discovery Of The JetExec

While touring the vendor area at the Golden West Fly-In, I came upon an unusual helicopter on display. It was an older-style RotorWay Exec with a turbine engine conversion. It looked so interesting that I had to stop. I discovered that the work was done by a company called KISS Aviation located in Perris, California, and the company is calling the turbine package the JetExec.

When I got back home, I called and spoke with one of the founders of the company, Dave Domanske. He told me that he started out as a tool and die maker and that he’d been in the business for more than 30 years, calling himself “a dedicated rotorhead.”

When I asked what kind of turbine engine was in his helicopter, he said it was a surplus Solar T-62 T-32 GPU (Ground Power Unit) powerplant that, with a rating of 150 horsepower, is ideal for the small RotorWay. The initial price is between $2000 and $4000, and it costs another $1000 to have each one inspected and thoroughly checked to be sure it’s free of problems.

The kit from KISS, which includes everything needed to convert the Exec to turbine power—except the nuts and bolts—costs $20,000. Most of that cost is for the reduction drive for the primary drive and the special clutch that took KISS more than three years to perfect.

Domanske said he “bent up” two Execs in the course of perfecting the system. One accident happened when a fuel control lever broke; the other occurred when there was an electrical problem. Both accidents were minor, and they served as vital test flights.

In the course of the testing process, KISS searched out and corrected every potential problem area in the JetExec, and the prototype has now logged over 125 hours of turbine time without any further trouble. Domanske told me about the frustrations he faced during the period when he was testing the clutch plates.

Every single type he tried failed — except for the last one, which works perfectly. Now the clutch facing makes it easy for the pilot to start the turbine, and the rotors come right up to speed without any grabbing or slipping.

Domanske explained that you put the clutch in, start the engine and then, when the turbine is turning at the right speed and temperatures register in the right range, you engage the clutch, and the rotors start to spin. This helicopter uses all the other controls of the stock Exec.

Either the 1.500-inch or the newer 1.750-inch shaft may be used. The tail rotor is spun by way of a shaft driven by a timing belt. The frame needs no modifications, except for the replacement of a few minor brackets, but no cutting is necessary. 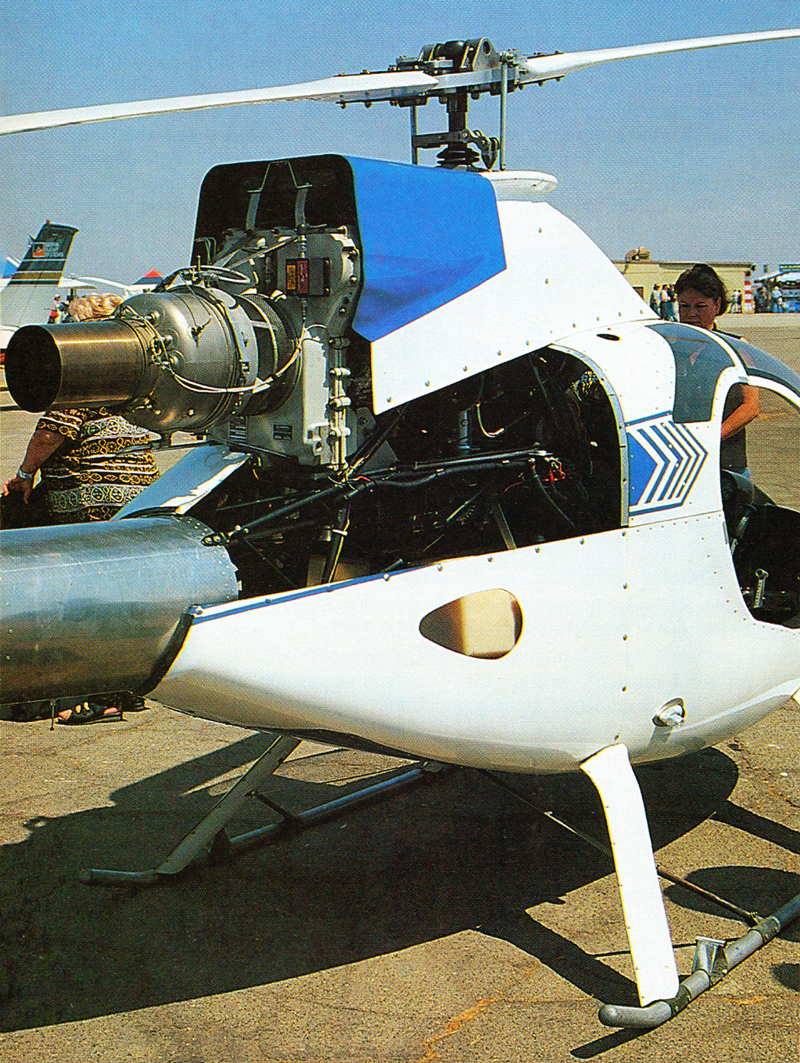 The conversion can be completed in about 100 man-hours, using ordinary tools. Domanske also said that builders may use the original tailboom, but the company also offers a replacement for that component, which has a slightly thicker skin.

In yet another improvement, one designed to eliminate the possibility of any whipping motion from the turbine, the number of pillow blocks or bearings in which the tail-rotor shaft runs have been increased and placed closer to each other.

Among the many advantages of using turbine power is that, because no warm-up is needed, you can be up in the air within a matter of minutes. Another benefit of turbines is that the engine is good for 6000 flights, and turbine engines are so reliable, the possibility of engine failure is greatly reduced (it’s practically non-existent).

In addition, the gross weight of the helicopter has remained the same. And should any parts be required, they’re all readily available from the company. It can burn Jet A, kerosene, diesel one and two or even automobile fuel.

The JetExec installation replaces a weight of 375 pounds (that of the powertrain) with a much lesser weight of 270 pounds, and we all know that in most aircraft, lighter is better. The engine is actually rated at 9000 cycles, but KISS literature calls it 6000.

One of the greatest advantages of flying this turbine-powered helicopter is that the pilot’s work load is dramatically reduced, because the main rotor and engine rpm are automatically regulated. All you have to do is place the power level at 100 percent—then forget about it.

Each part of this excellent JetExec helicopter, designed and manufactured by KISS, was over-engineered to be sure the pilot would be flying his turbine-powered Exec with complete peace of mind. The turbine-powered KISS helicopter retains the same excellent flight characteristics as those of the original Exec. 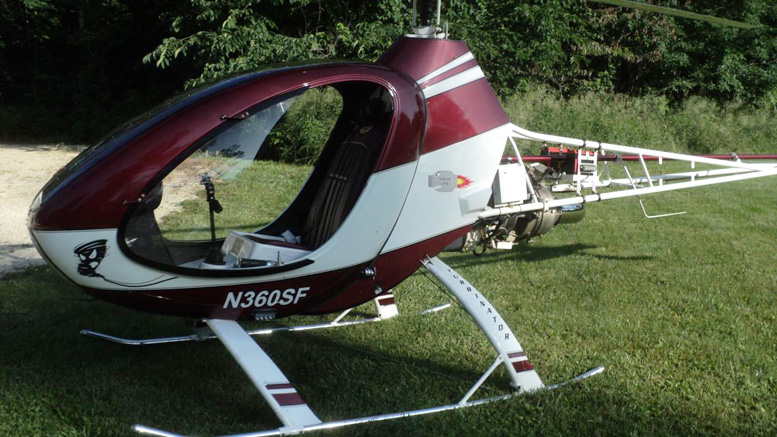 Adaptations of little Solar T-62 turbines are cropping up on the sport aviation landscape like mushrooms after a summer rain. Several were seen powering homebuilt helicopters at Sun ‘n Fun 2002, including a Mini 500 registered to Pro-Drive Inc. of Cleveland, Oklahoma.

The most active example was a RotorWay Exec owned by Steve Walton of Acworth, Georgia. Initially built as a stock Exec with a RotorWay piston engine, it was subsequently re-engined with a T-62 conversion kit developed by Waiter and David Domanske of Perris, California. 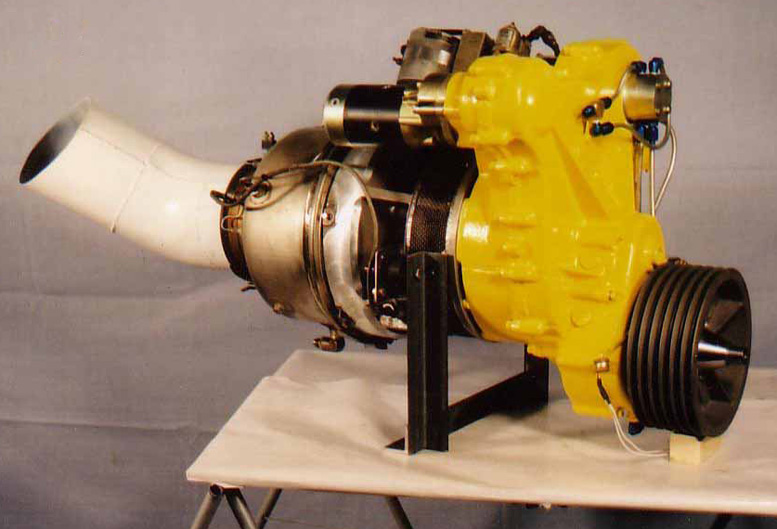 All the transmissions were new, with the main mast gearbox adapted from a sprint car rear end capable of handling 1,000 hp. The turbine engine was purchased separately, newly overhauled, from Joe Bedo in Louisiana.

Steve Walton is quite pleased with the simplicity of his T-62 installation, the enhanced performance it produces, and the turbine’s multi-fuel capability. He normally burns ordinary kerosene, but he says the engine can also be operated on diesel fuel and unleaded auto gas.

Be the first to comment on "Kiss Aviation JetExec Helicopter Conversion"