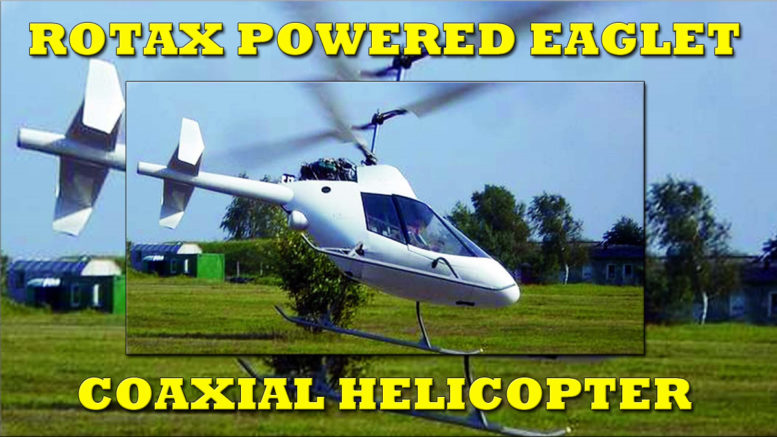 ARTICLE DATE: 2011 – The Rotor Flying Club, or OKB, was formed in 1984, utilizing space within the Kum APP helicopter plant at Kumertau. The first product emerged within a week and was understandably, due the time scale, not a helicopter, but a delta-winged hang glider. This was followed by several more of these deltas, several ultra lights, an autogyro and eventually, a helicopter. 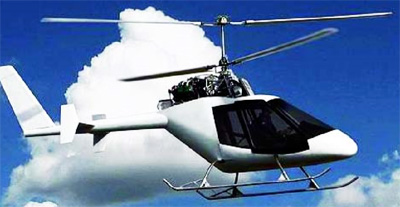 The later featuring co-axial rotors. Rotor OKB instigated its own design bureau during 1996. By 2008, the bureau had around 20 personnel and (despite the ‘Rotor’ in the title), output was 400 hang Gliders and a further 100 powered deltas. By this time, the OKB was operating as a manufacturer, repair and overhaul center with its own flying school. Now pay attention!!

This is not a fixed-wing article inside a helicopter cover, be patient, the helicopter’s on the horizon. When the OKB became the winner of the SLA-87 light aircraft competition in Moscow, it produced prototypes of the winning design the ‘Ptenets 2’ (‘Nestling-2’), side-by-side micro light.

Five kits were produced in 2009 with an increased power option of the Rotax 912ULS version plus an optional MVEN Cobra-500 ballistic parachute replacing the standard unit. The cockpit pod of the Ptenets-2 was chosen as the basis for the two-seat ultra light helicopter now emerging from the company’s drawing boards.

At least two prototypes were undergoing testing by August 2005 and the machine was exhibited at the Moscow Aviation Salon around that time. Designed by Boris Podnebesov, former designer at the KumAPP plant, the coaxial helicopter features an engine mounted above the pod, a high tail boom with a tall central fin and a tail plane with end-plates at each end.

The pod is constructed of welded AMG6M tube with composite covering, has a monocoque tail boom, and features a twin-skid fixed landing gear. Accommodation is for two people that although listed as side-by-side, are slightly staggered, the passenger seat offset slightly rearwards, giving the pilot more ‘elbow room’, the pod also being both heated and ventilated.

Along the design’s flight testing trail, the rotor design was awarded patent 2155702 on 10th September 2000. Intended as a kit-built machine, it features low parts content. This design has manual flying controls and a minimized aerodynamic interference between the co-axial rotors, the main rotors having no vertical joints in order to eliminate the possibility of ground resonance.

The Rotorfly helicopter has a single Rotax 912ULS flat four engine, the main gearbox (developed in conjunction with the Ufa Aviation University) features conical gears and the engine and gearbox are connected to the rotors by integrated elastic dampening rubber sleeve and clutch.

There are no swash plates or control rods. The blades are bolted to elastomeric cords that can be tightened against each other at the rotor heads, which feature no hinges. Blade angles are set via two short levers that actuate them internally. 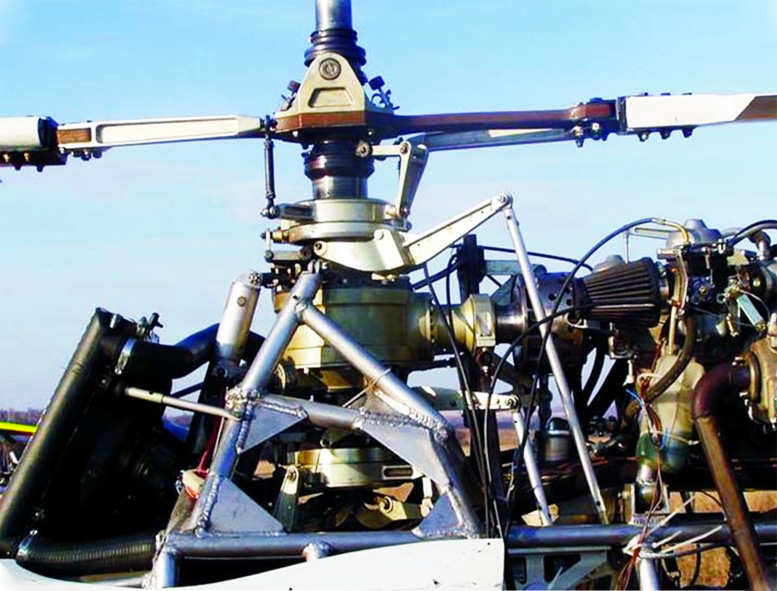 All parts for the kit are pre-manufactured. Although the typical sound of a Rotax 912 is obvious, the rotors are very quiet and, of course, there is no tail rotor. The rotor design has its roots in the earlier, typical, well proven, Kamov Ka26, Ka226 and KA-32 designs. Avionics feature an ICOM A-200 radio and Garmin GPS Map 196.

Rotorfly OKB, engine manufacturer UNMPO, now formed a partnership with a German company to form Rotor International and the design had now become the RI30 ‘Eaglet’ By the time the helicopter was demonstrated in Germany in August 2010, flight testing had proved the central vertical fin to be unnecessary and it was now flying without one.

A kit cost of 60,000 – 100,000 Euros depending on the spec of the machine required has been quoted in the aviation press. There is a copyright protected photo taken around this time of a rear end view of an individual machine fitted with floats at: http://www.airliners.net/photo/Rotorfly-R30/1789784/L/.

This clearly shows the modified back end without the vertical fin. Future development is planned to include a two-stroke diesel engine (the 150PS) featuring two shafts and a free wheeling clutch system replacing the Rotax.

The engine is currently under test in Ufa, Russia by manufacturer UNMPO, the largest partner in R-I. Footnote A ‘follow-up’ version is emerging from the same Geman-Russian manufacturer’s designer’s pen; the RI-60, a two / three-seat version.

While the RI-60 unit cost has yet to be announced, it’s expected hourly rate is expected to be well below 200 Euros, delivering an operating cost approaching that of a fixed-wing. Now, in the case of a helicopter, this design may well worth keeping an eye on.

In case you want to express interest as a possible kit distributor or kit buyer, Rotor OKB has a web site at: http://www.clubrotor.ru , and if you Google or Dogpile search R-I Eaglet there are many links to videos of the helicopter with contact details for the company. 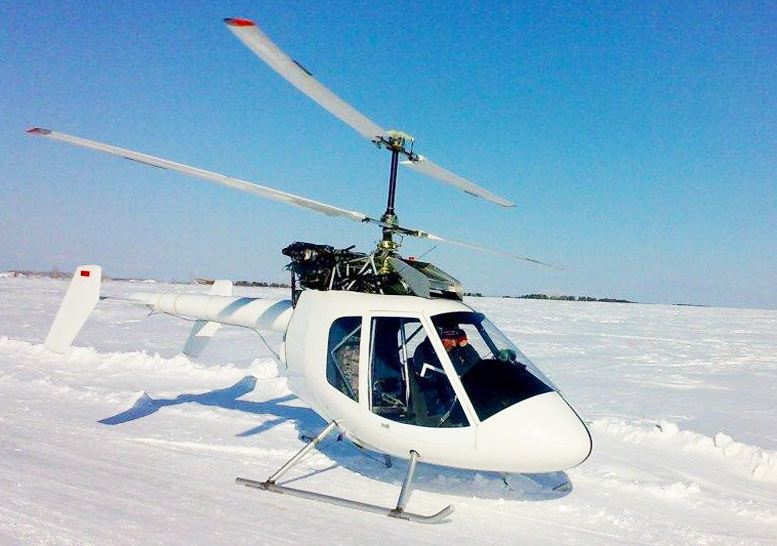