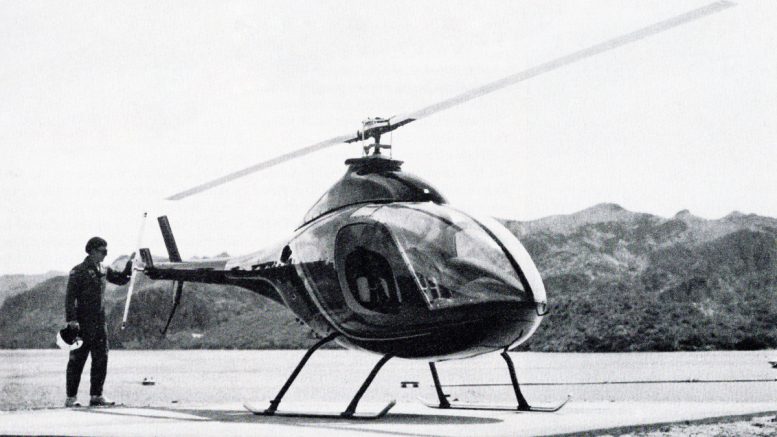 RotorWay's new Elete Helecopter (1990) has a range of 250 to 300 miles. Furthermore, because it uses auto gas, you may refuel it at just about any automotive gas station, and go another 250 to 300 miles.

When we think of homebuilt helicopters, there’s only one name which comes to mind — RotorWay Aircraft of Phoenix, Arizona. This progressive firm has been in the business of supplying kits for amateur-built helicopters since the 1960s, and it’s now introducing its new Elete helicopter. Probably the most outstanding feature of the Elete is its performance.

While it shares much of the time-proven technology used in RotorWay’s Exec, such as the asymmetrical airfoil rotor blades, elastomeric bearing rotor head and RW-152 engine, RotorWay has made several significant design changes to this rotor system and its relationships to reduce vibration at the high airspeed of which the Elete is capable. 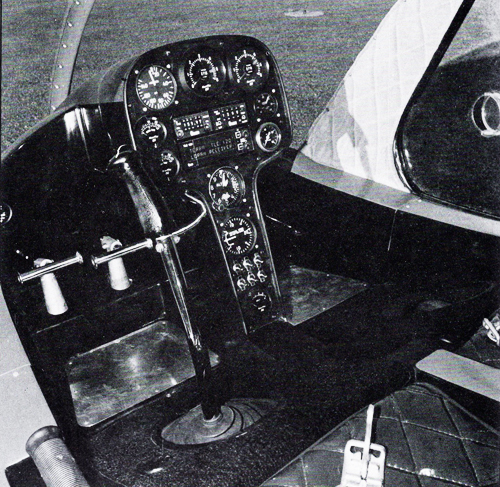 The RotorWay Elete’s cockpit area is designed for a load of 400 pounds. Its contemporary instrument panel features a modern helicopter layout.

The RW-152 engine which is standard in the Elete has also been redesigned to incorporate a dual spark plug per cylinder, dual direct firing electronic ignition system. This system enhances safety through redundancy and provides greater ease in owner maintenance. As with all RotorWay product improvements, this dual electronic ignition engine is offered as an option to Exec buyers.

You’ll notice that the Elete has a larger and more comfortable cabin than the Exec, and now offers such amenities as cabin heat and fresh air cooling. The elegantly shaped fuselage has been designed with aerodynamic efficiency in mind, which helps to give the Elete some of its airspeed capabilities.

The Elete cruises very comfortably at 113 mph and RotorWay has red-lined it at 130 mph. And of course, with the increased speed, you get increased range as a bonus.

“This is a whole new breed of whirly-bird;” said pilots who were present on a high-speed romp during an air-to-air filming session last summer. They were using an Exec as a camera platform and could not keep up with the Elete. They guessed that it would have taken a Jet Ranger at least, to chase this machine.

After riding in the Elete, they expressed amazement at its stability, quietness and agility. Although they agreed that the Exec is an excellent helicopter, they admitted that the Elete is a breed above.

Twenty-five years ago, B.J. Schramm, president of RotorWay Aircraft, wanted to produce an “affordable” helicopter for the private individual, and his dedication and perseverance turned that idea into a long-lasting reality. RotorWay’s history began in the 1960s with the Javelin helicopter which utilized a Mercury outboard powerplant.

This first prototype gradually evolved into the Scorpion One, equipped with a V-4 OMC two-cycle outboard engine. The early 1970s saw the introduction of the Scorpion Two helicopter. 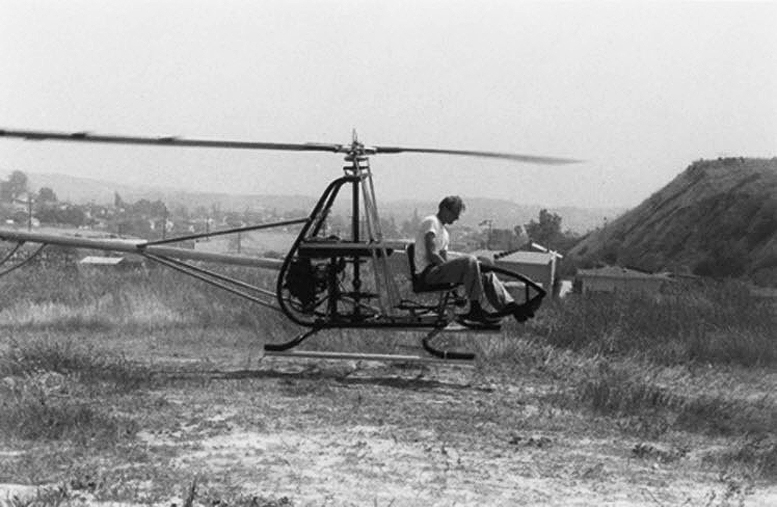 Further development in the mid-1970s produced the Scorpion 133 helicopter, the first model to be powered by its own specially tailored aircraft powerplant, the RotorWay RW-133. The evolved RW-152 engine is manufactured from the crankshaft up by RotorWay Aircraft and is a horizontally opposed, four cylinder, four-stroke liquid-cooled engine which now develops 152 hp (113.3 kw) at 4400 rpm.

The popular Exec helicopter has been produced by RotorWay since 1980 and has been sold in 33 foreign countries as well as the United States. Its streamlined design and high-tech aviation components make it the leader in the amateur-built aircraft category.

RotorWay has also developed a unique flight orientation proficiency program for its buyers. This specialized program began in 1975 and teaches the basics of maintaining the Exec and helicopter flying.

Truly affordable helicopter ownership has now come full-circle with the all-new Rotorway Elete which has the cruise speed necessary to enable it to become the world’s first practical cross-country amateur-built helicopter.

When a homebuilder becomes interested in a helicopter for the first time, there are many questions which need answering. RotorWay has compiled a list of the most requested information:

Why does RotorWay sell only kits?

Aircraft manufacturers in the United States are required to spend millions of dollars to obtain an FAA type certificate for each design they sell as a fly-away machine. It’s the consumer who must pay for these costs if he buy a ready-made aircraft.

By limiting its involvement to building kits on which the new owner/builder does the final assembly and flight test, the company avoids the extreme certification expense and does not have to pass this cost on to its customers.

Does a person have to be a mechanical genius to build an Elete helicopter?

No, he doesn’t. He should, however, have some mechanical background, and be familiar with the use of ordinary hand tools usually found in the average household. He also needs the desire to learn everything possible about his new helicopter, and education is included with every RotorWay helicopter kit. 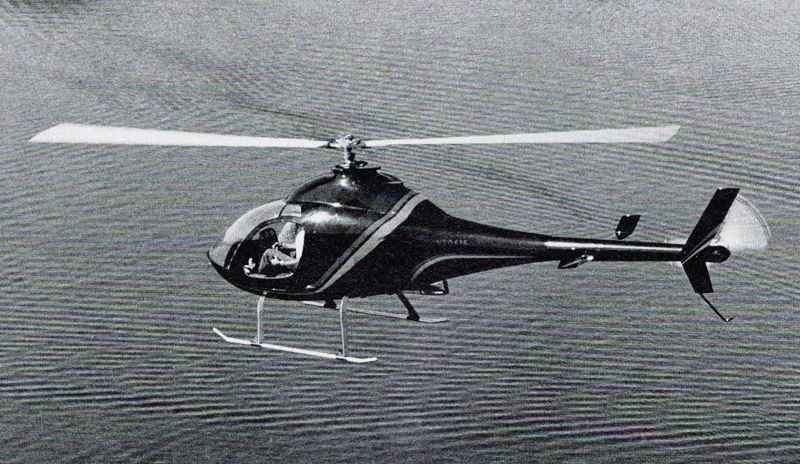 The knowledge and understanding of helicopter mechanics and theory of flight are absorbed through the materials provided and the construction and training programs.

How much of a passenger load can RotorWay Elete helicopters carry?

RotorWay helicopters are two-passenger aircraft designed to carry approximately 400 pounds in the cabin. Useful load is two people, plus two to three hours of fuel, depending on passenger weight.

How far will the Elete helicopter fly, and on what kind of fuel?

Helicopters are primarily designed to travel short to medium distances of 250 to 300 miles and RotorWay helicopters are no exception. They use avgas or automotive fuel of 92 octane or above which allows the owner to stop at gas stations along the route of flight, as opposed to stopping only at airports. The RW-152 powerplant consumes approximately eight gallons per hour in cruise.

How much will the RotorWay Elete helicopter cost to fly?

RotorWay helicopters are the most inexpensive helicopters in the world to own and operate. Like any other aircraft, they will require a certain amount of planned expenditures. They can be maintained for as little as $35 an hour, although the owner will probably not set aside this amount every hour he flies.

Most owners log 100 hours or so per year (equivalent to 15 to 20,000 auto miles), so it will probably be several years before they need to replace any significantly expensive parts. Gas and oil will make up most of the owner’s initial cash outlay.

How complete is the Elete helicopter kit?

Every needed part is provided, except for airspeed, altimeter and rate-of-climb instruments, paint and avionics. Clecoes, drill bits and other small tools necessary for construction are provided. The builder will need to buy a protractor level, torque wrench and a dial indicator with magnetic base to enable him to perform the rigging of controls.

Will the new owner/builder need a license to fly an experimental helicopter?

He must be in good health, have vision which is correctable to 20-3 and not have a history of heart trouble, diabetes or other recurring problems which would require a physician’s care.

Naturally, to get maximum enjoyment from his helicopter, the new builder/owner will want to earn his pilot’s license which consists of taking a written exam and an FAA check ride.

Upon completion of the construction, the new owner will be scheduled to attend an exciting five-day course at RotorWay’s training facility during which time he will go through a review of construction procedures, and will also learn how to hover and perform all of the normal “in ground effect” maneuvers.

Later, after he has practiced at home in his own machine, he will attend the Phase II training course. During Phase II, he will learn the balance of climb-out procedures, plus advanced rotor system tuning and engine maintenance. For the new owner’s convenience, RotorWay has an FAA-designated examiner available to make it convenient for him to go for that all-important check ride at the RotorWay training facility right away. 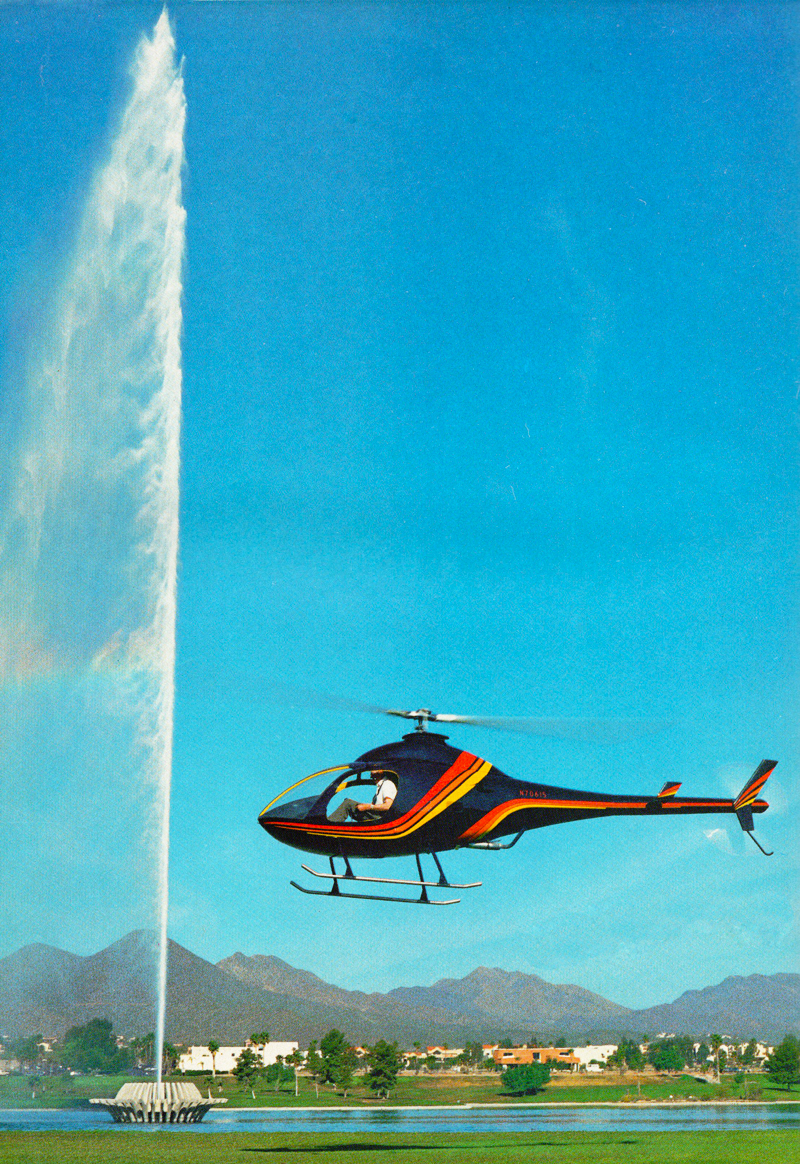 The new RotorWay helicopter (1990) is the world’s least expensive helicopter to own and operate. 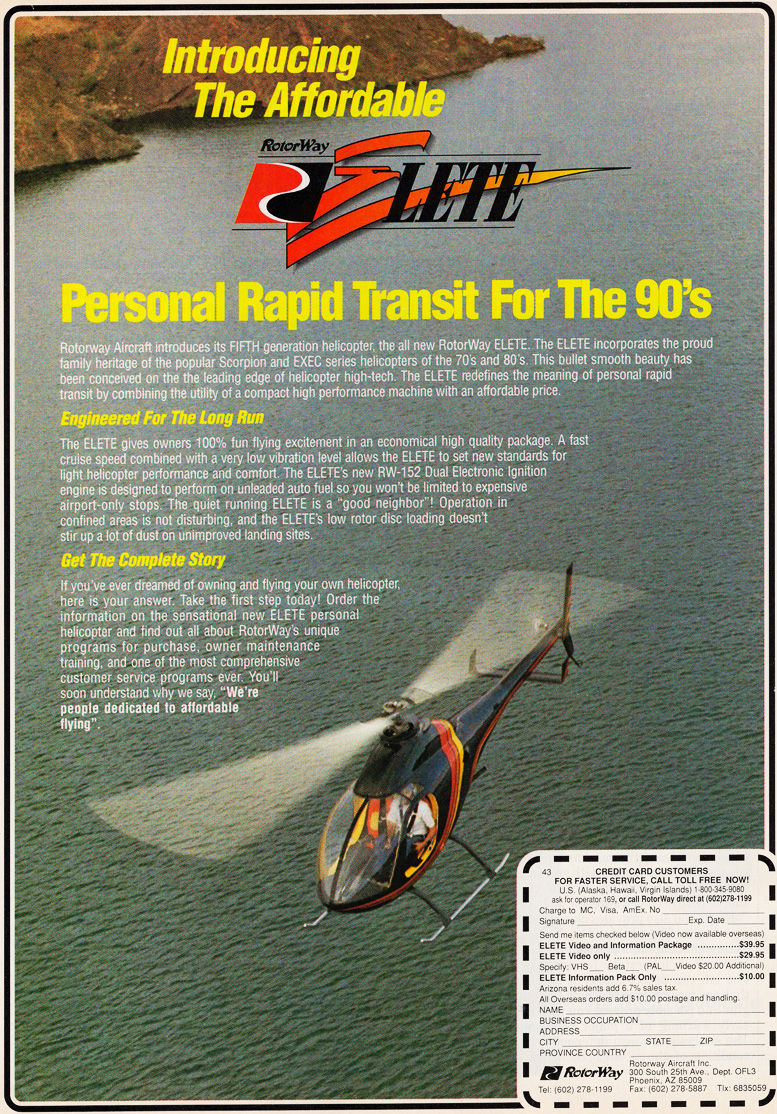