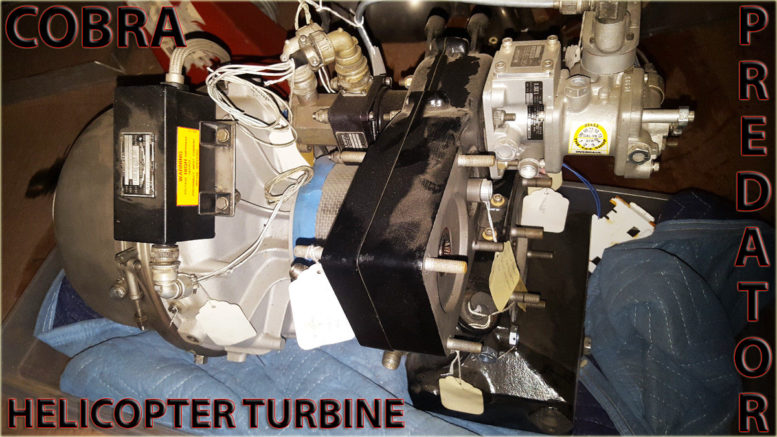 FOUND ON EBAY USA 17-03-2018: Up for auction is a ZERO TIME T62-16b. This engine was overhauled 2011 and never used photo shows overhaul stickers. This is the most sought after rare version of the T62 engine line. It has several accessory pads that can drive alternators, starts, pumps etc... It produces 75HP at 8000RPM and a weight of around 80 to 90 lbs. The solar T62-16b has been used in experimental helicopters, turboprops, air boats and many other turbine project. I have not seen a solar T62-16b sold for around 8 years. Don't miss out. All turbines I sell, including this one, are sold as is with no returns accepted and for parts only. I do my best to describe condition accurately. I will package, but buyer is responsible for arranging shipping.

IF JIM GORDON OF MICRO AVIATION HAS HIS WAY, THAT’LL JUST BE THE START

How would you like to put an engine in your homebuilt which would run for 2000 hours easy, weigh about the same as a Rotax, and produce as much power as a much heavier Lycoming? You’d want to know where to sign up, right? Thats exactly what they did at Cobra Helicopters with their Cobra Predator.

I am talking about turbines, of course, and the day when they’re standard equipment on homebuilts may be just around the corner. Jim Gordon, of Micro Aviation, in Noblesville, Indiana, has got turbines coming out of his ears, and he thinks homebuilts would be a better place for them. 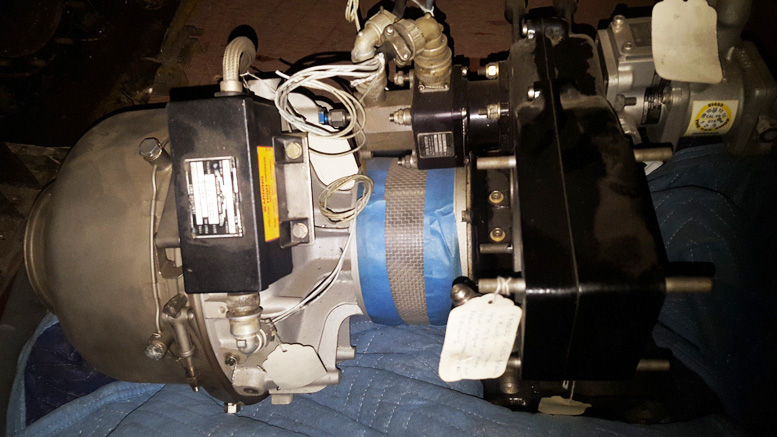 It’s not a new idea; tinkerers and engineers have tried to put a turbine in just about every type of flying thing you can think of. Small planes have been somewhat an exception to the rule, not because the technology is not applicable to them — it is! — but because the turbines were just never widely available.

There have been a few turbine-powered lightplanes: In the 1960s, the Cessna 206 and the Mooney each had STCs for turbine installations; the CIA had a turbine put in the Helicopter Courier for work in Vietnam; and the Beechcraft T-34 had a turbine version, too.

In fact, if you read the January issue of Sport Pilot Hot Kits & Homebuilts, you saw the article about the COBRA Predator turbine-powered homebuilt helicopter. Everyone knows that, for nearly all applications, a turbine is the best power source for a helicopter.

That’s because they possess a high power-to-weight ratio, they’re heat-tolerant, and they’re easy to govern to produce a constant propeller speed. The Cobra Predator has flown successfully and, at this point, is racking up the hours with its 95 hp turbine engine installed. COBRA, by the way, got the idea and the APUs from Gordon. Auxiliary power units have been around for decades. 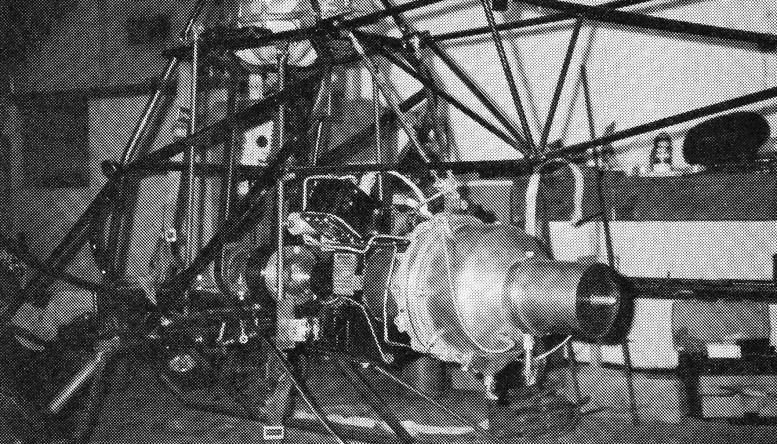 This 95 hp Solar turbine weighs considerably less than a piston engine of equal power. Additionally, the engine has an estimated TBO of over 2000 hours.

They are used for a wide variety of aviation, military, and industrial jobs, everything from loading grain from hopper cars into grain elevators, to jump-starting the huge jet engines of commercial airliners. Anyway, back in 1984, Gordon got wind of government-surplus turbines floating around at affordable prices, and tracked them down. 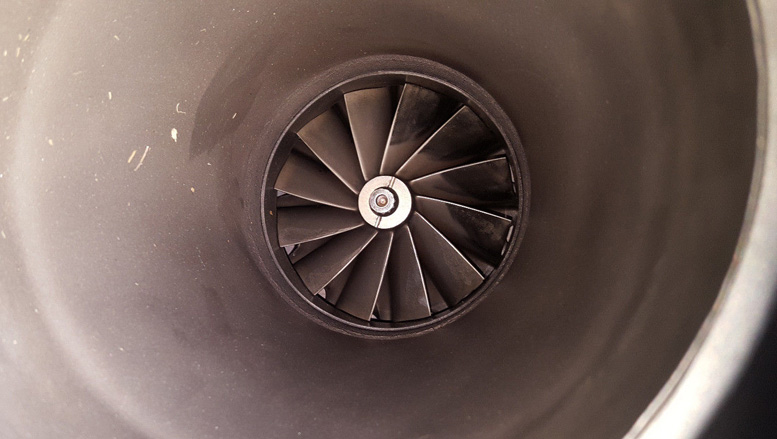 He bought a fairly large number of them and has been working with them ever since. Some of the units he found were for low-power applications, and some were for big jobs. They range in power from 60 hp to 8000 hp (the big ones are rebuilt C-130 engines).

The units which hold the most promise for homebuilt aviation, however, are probably the 95 hp Solar T-65 turbines, which were originally used as hydraulic units in Chinook CH-47 military helicopters. This is the unit which COBRA installed in their Mustang Predator helicopter.

EDITOR: The simple Cobra Predator helicopter turbine installation consists of the APU running through a reduction drive, then via in-line shaft through a centrifugal clutch to a HTD cog belt pulley supported between two pillow block bearings. This then transfers the drive to the right angle gearbox constructed of a modified Speedway Quick Change (QC) rear end – as also now used on some Rotorway Exec turbine conversions.

Gordon is excited about the possibilities. This is the scenario. Let’s say you have a light homebuilt. Micro Aviation will supply you with a 95 hp turbine engine complete with engine instruments and a prop drive unit already installed for about $13,000. We think that will appeal to a lot of builders out there.

This very smooth-running setup would automatically compensate for altitude change and would be fitted with a variable-speed prop drive, one much simpler than that used on piston-powered engines as seen in the Cobra Predator Helicopter. 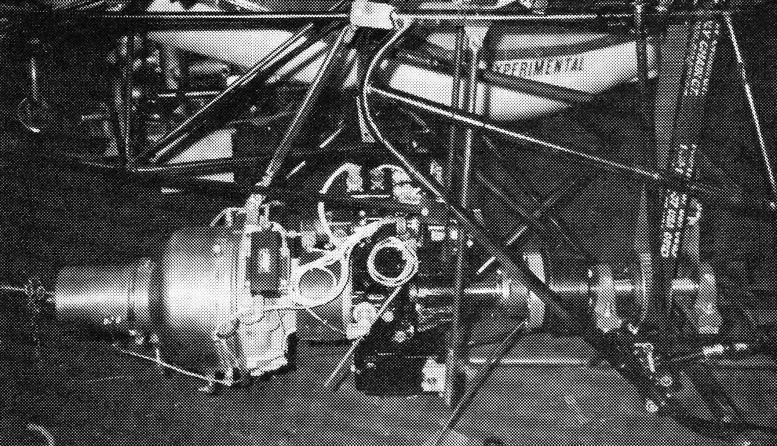 With the turbine-constant-speed prop, the pilot just dials in the prop speed and sits back and enjoys the ride. And, with ram air injection, the fuel economy, while nothing to write home about, would probably be between eight and twelve gallons per hour.

Of course, if you are interested in helicopters, the setup would be a little different. For rotorcraft, Micro provides the drive line, which hooks up to the rotor drive through the craft’s gearbox. You’d better believe that the possibility of affordable light turbines has caused some excitement in the homebuilt helicopter world.

In addition to COBRA and a few private individuals, at least one other helicopter company these days is quietly working on adapting the Solar unit to rotorcraft use, which sounds like a very natural combination to us – and the Cobra Predator is proof of it’s success. 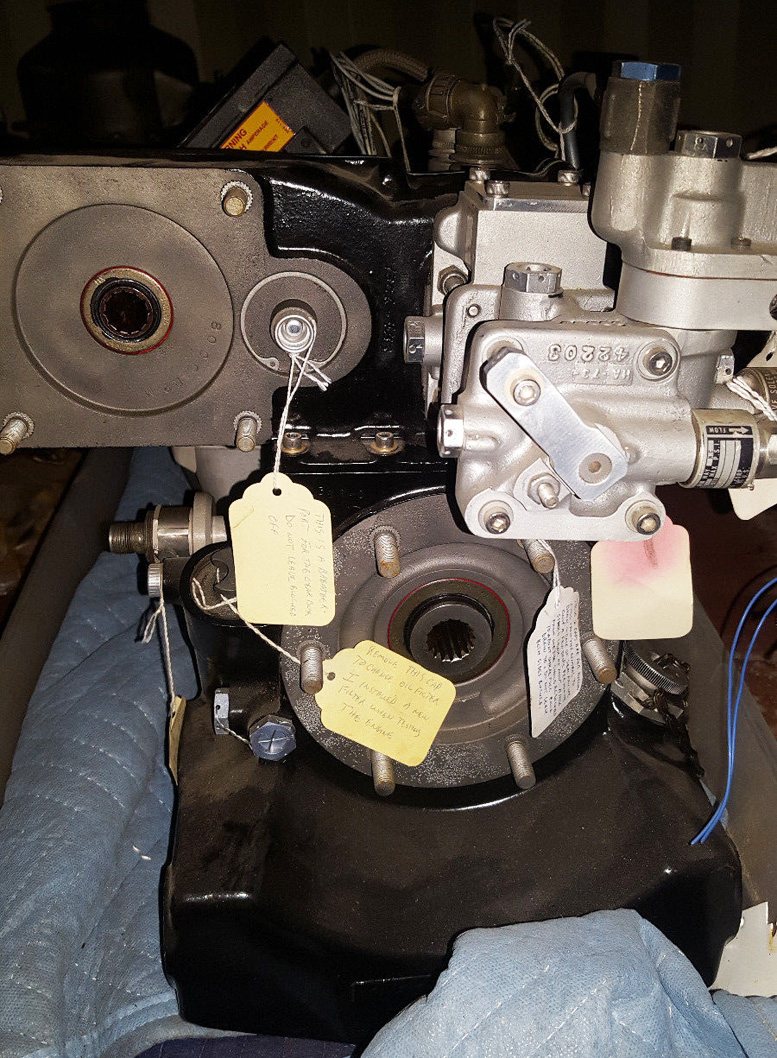 Another customer of Micro is building a gyroplane powered by the unit. He is planning to kit and sell the design within the near future. Everyone wants to get in on the act. A particularly interesting project is currently under way by a company in San Jose.

This firm is putting the Solar engine in the Jim Bede-designed BD-5. The BD-5, as you may know, was the first-ever homebuilt jet. Although few were ever constructed because of the cost and lack of availability of engines, the introduction of the type, nevertheless, attracted a lot of interest. 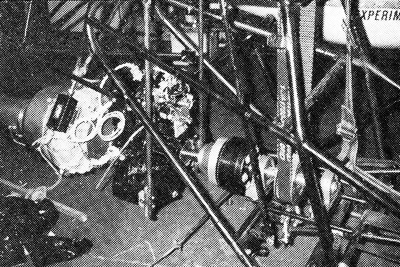 Jim Gordon of Micro Aviation supplied the turbine used in the COBRA Mustang Predator homebuilt helicopter, the first homebuilt of any kind with a true turbine installed.

Now, with an affordable turboprop for the aircraft becoming available, perhaps the little bullet will get another chance at life. If company estimates of over 230 mph on 95 hp are accurate, you bet they will. According to Gordon, the APUs Micro sells are in good shape.

They are well-maintained units which had been replaced for newer, more powerful ones. Most of them had fewer than 300 hours on them (some as few as 40 or 50) and most are rated at more than 2000 hours TBO. In short, they have a lot of useful life left in them.

And these APUs are high-quality units. When new, they cost in excess of $100,000. Gordon got them for much less than that, of course, seeing that they are used. The government’s loss, in this one case anyway, could turn out to be the consumer’s gain. 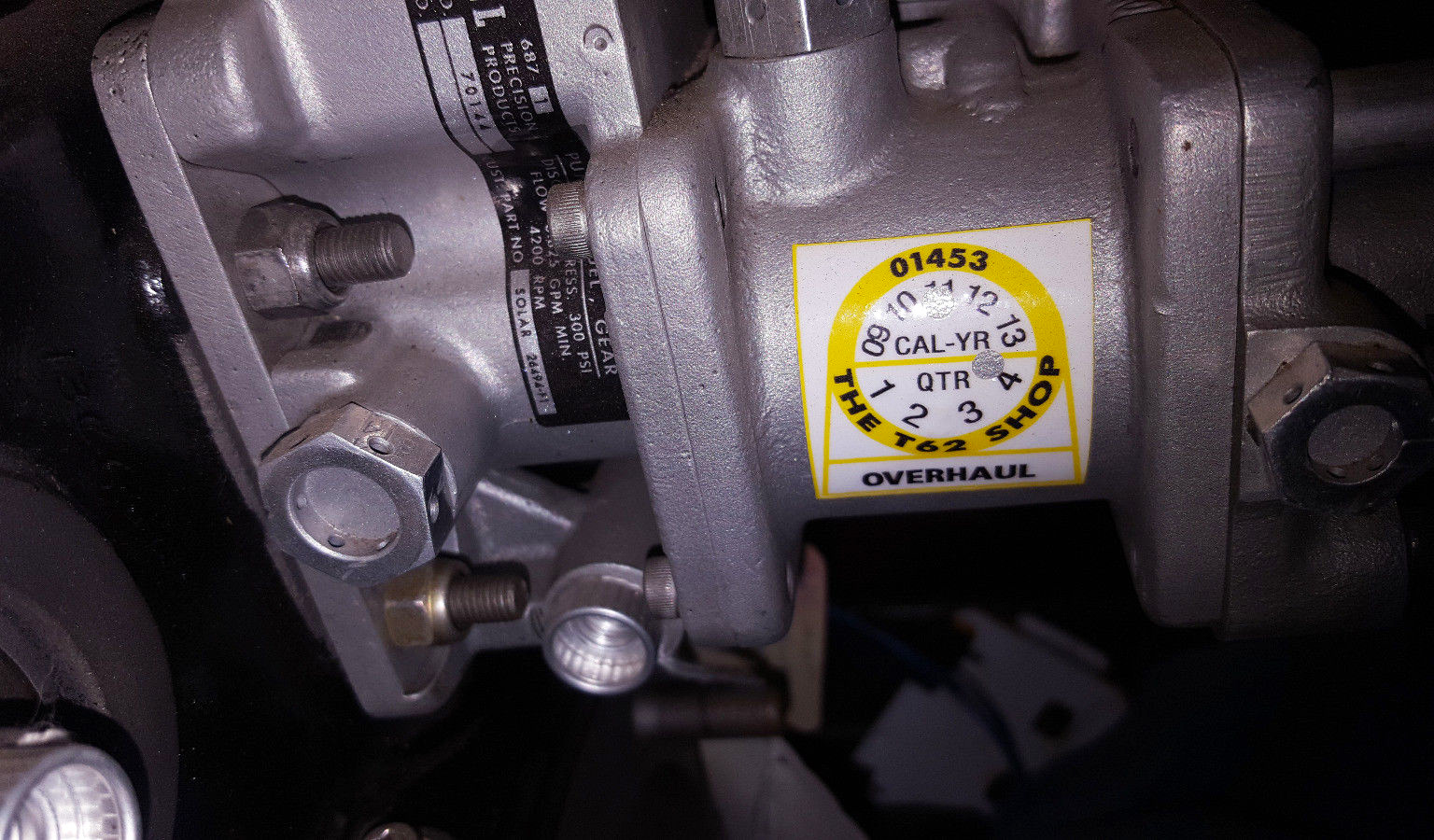 The other unit Gordon thinks people will be interested in is the 317 hp Allison C-18. This engine is very similar to the unit installed by one builder in the high-performance Cirrus VK-30. And it’s no wonder Gordon would be enthusiastic about the engine. The C-18 produces 317 hp at only 158 pounds.

Even slightly down-rated with a prop drive, it should still easily produce far better than one horsepower for every pound of weight. The prospects of such an engine being installed in a high-performance composite aircraft are exciting, to say the least. 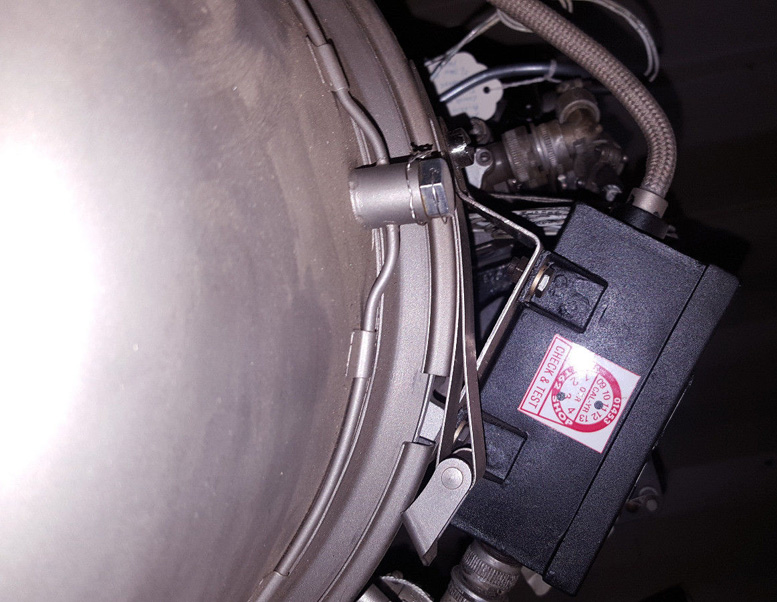 We had a lot of questions for Gordon about Micro’s engines, especially in the Cobra Predator helicopter, and to Gordon’s credit, he answered them all very honestly, and believe me, that is not always the case in this industry.

We asked him about the condition of the engines and he told us that they were all rebuilt engines with an average of 300 to 350 hours since overhaul. We also wanted to know about the availability of parts and services. 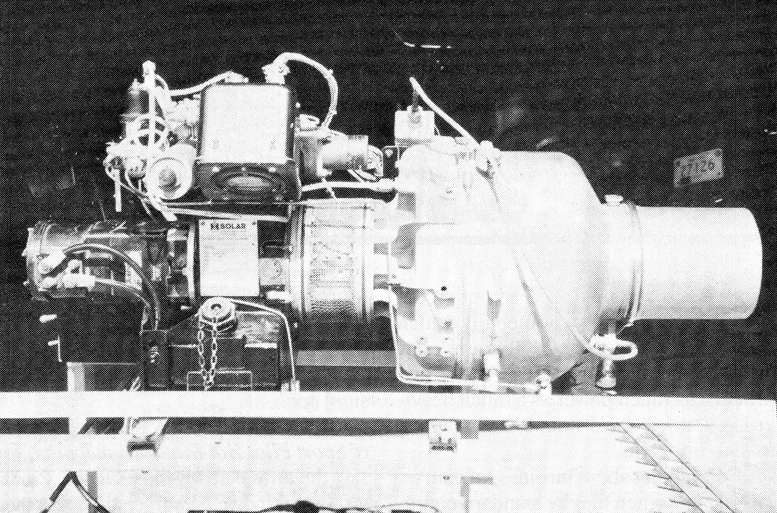 Auxiliary power units, better known as APUs, have been around for decades, doing many different jobs. Recently, these units have begun to appear on the surplus market at affordable prices.

Gordon said that he offers, at a very good price, the only major parts which people will need to repair their turbines: the rotor shaft assembly ($1500), the gears for the planetary gearbox ($500), and the fuel control ($500).

And although these parts are not widely available, Gordon says that he has a good supply of them and that there are other firms who have them, as well. 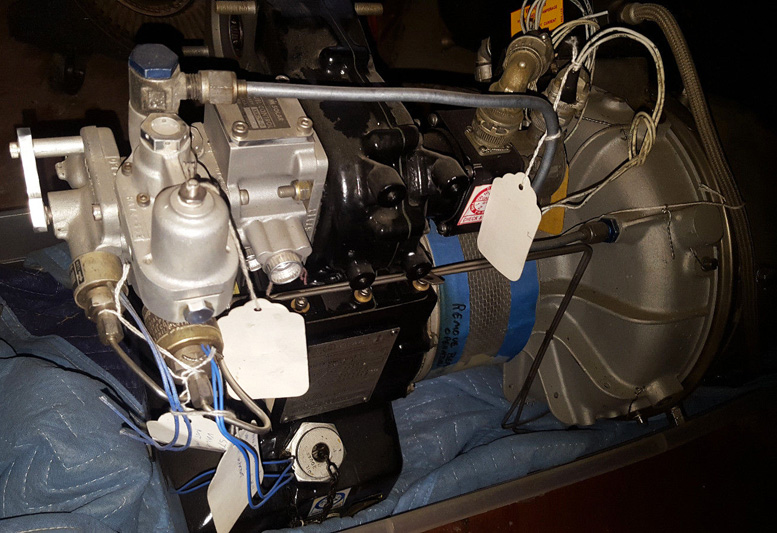 As far as service is concerned, Gordon says that Micro will provide complete overhaul service for the engines they sell. If these turbines prove extremely successful, Gordon says his company will manufacture turbines of this size.

He says that they already have the ability to make them; it’s just a matter of investing and gearing up for it. The turbines would sell for under $15,000 dollars each, he estimates. In case you were wondering, that’s a steal. 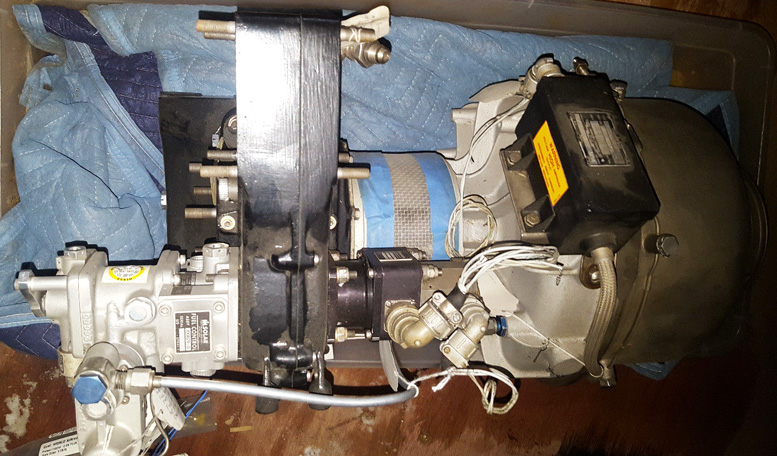 If you’re interested in the Solar or Allison turbine engines, Gordon says his company can help you out right now. They have both units in stock and ready to go.

If you’d like a ready-to-bolt-on 95 hp unit for a lightplane, or your Cobra Predator Helicopter, Gordon says that Micro is still in the process of building the prop drive unit, but that they are close to completing the job. 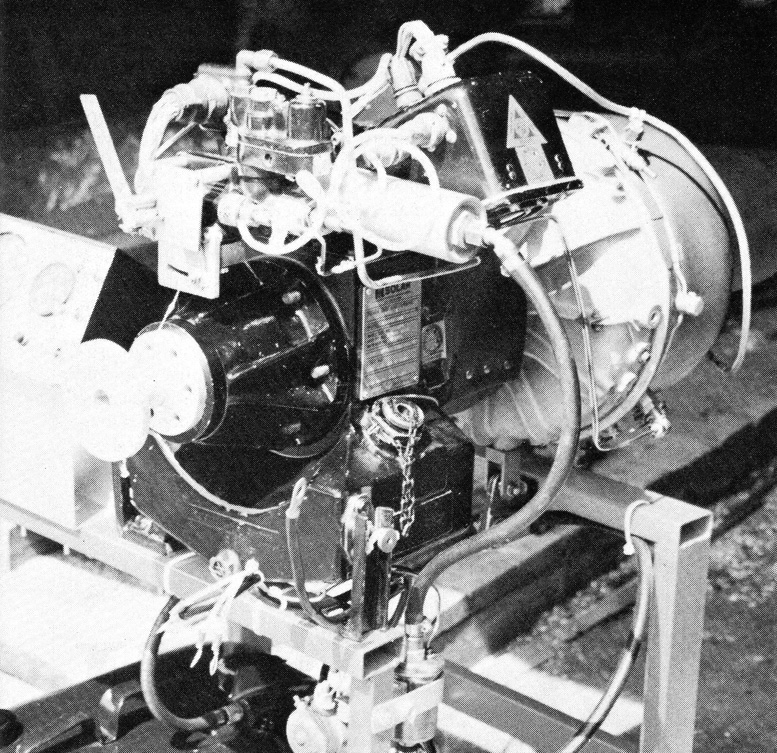 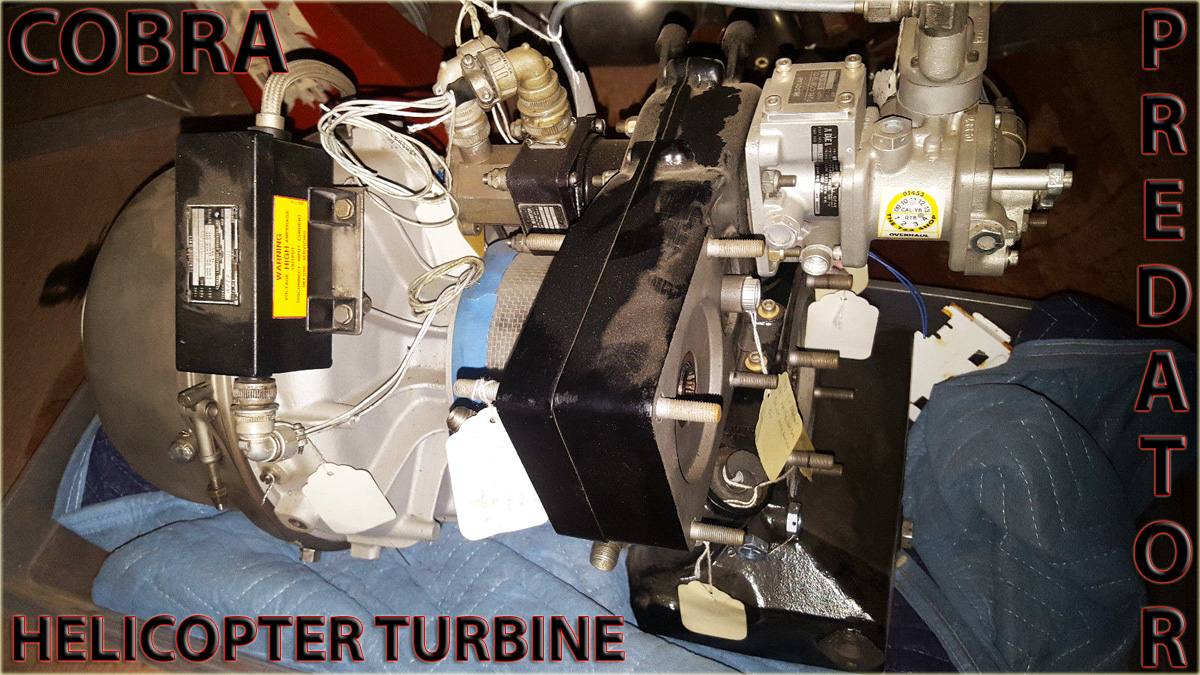