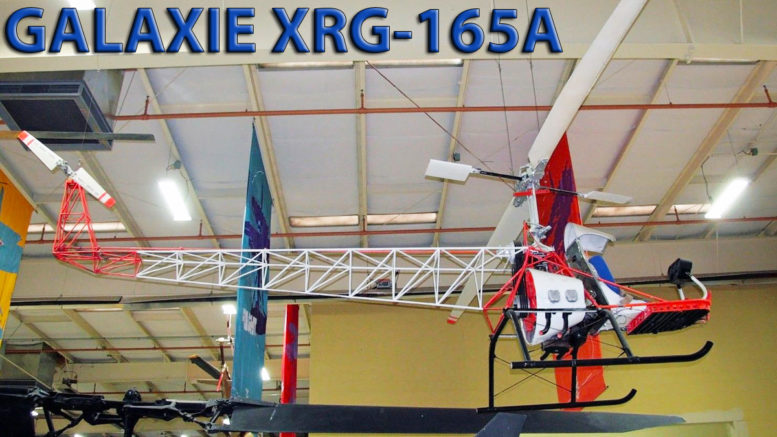 This small single-place helicopter is the product of Galaxie Engineering, of Newtown Square, Penna., under the direction of Edward W. Glatfelter. It is, as the title states, a test vehicle – the Glaticopter, for research in new rotor designs, controls, and drive systems. 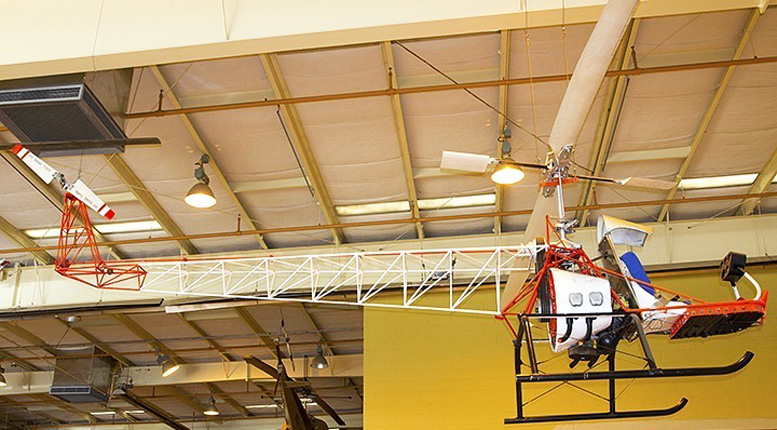 The aircraft first flew in June 1959 with the designation XRG-65, using wood rotor blades and surplus helicopter parts. During the ensuing test program, unsatisfactory components were replaced by newly designed items, and the rotor blades are now of a unique glass fiber and plastic construction.

The XRG-165A would sure be a great vehicle for hopping if from home to office! Alas, it is not at the moment planned for production, but latest information gleaned from the experimental model could lead to improved future ‘copters.

Fiberdyne Associates Inc., of West Chester, Penna., developed the new Glaticopter XRG-165 blades. Stated in simplest terms, they have a foam plastic core with a load-carrying skin of reinforced plastic.

This skin is an epoxy material, reinforced with long-strand glass filament which is not a cloth weave, but is oriented linearly along the span of the blade.

The composite-material blades are formed under heat and pressure in a die, which is designed to form any degree of right or left-hand twist into the blade. Leading edges are protected against abrasion by a polyurethane strip.

The only metal in the blade is an aluminum block at the root, used for mounting the blades to the hub. Each main rotor blade weighs 29-lbs, and mass balance weights are built into the blade at the first-mode nodal point. Each blade is also chordwise balanced at the center of pressure at each station. 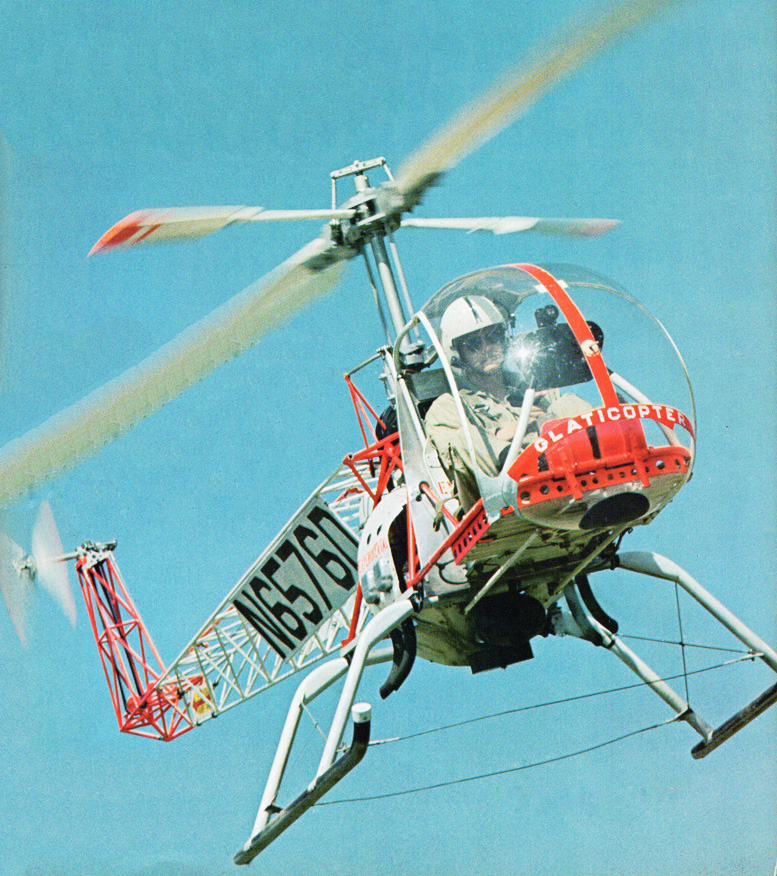 Main rotor drive is through four &frac58;-in Goodyear V-belts to a bevel gear transmission. Tail rotor drive is via a shaft mounted atop the tail boom, then vertically through two belts with a quarter-twist. 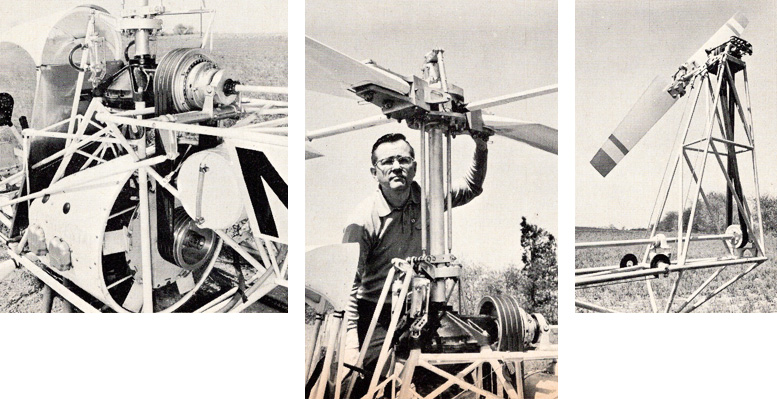 Tail rotor blades are of similar construction to the main blades, and utilize a delta-3 flapping hinge. Engine is a modified Continental A-65-8, producing 75-hp, and is cooled by a multi-blade fan which also acts as a flywheel.

The airframe is a conventional welded structure of chromoly tubing, with major sections bolted together. Empty weight of the helicopter is 675-lbs, gross 880-lbs. Main rotor diameter is 25-ft 8-in, tail rotor diameter 4-ft. 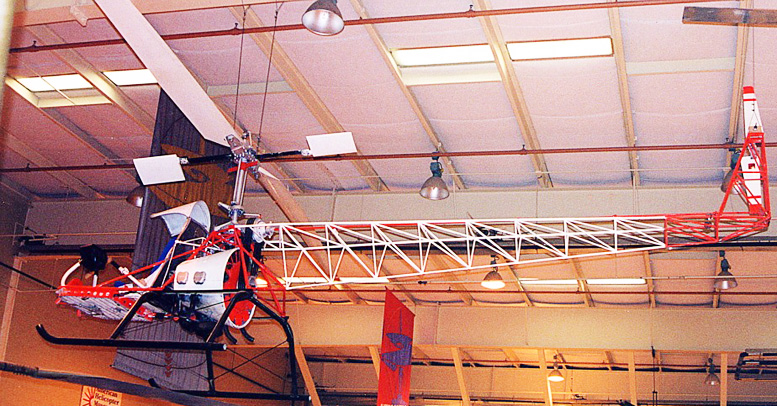 A Look Back At 1968 Helicopter Technology 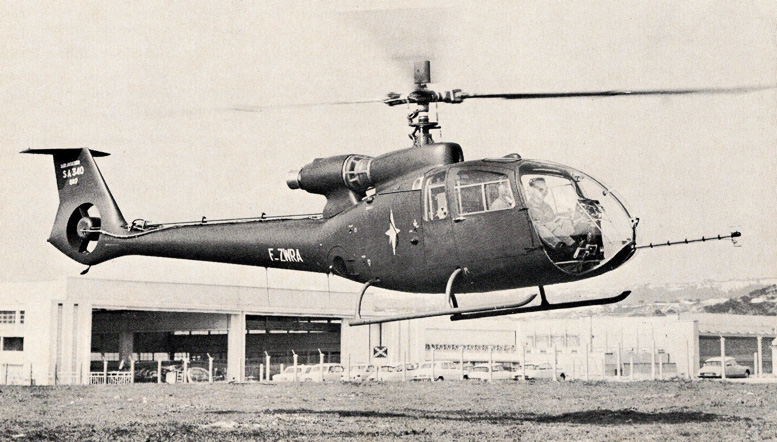 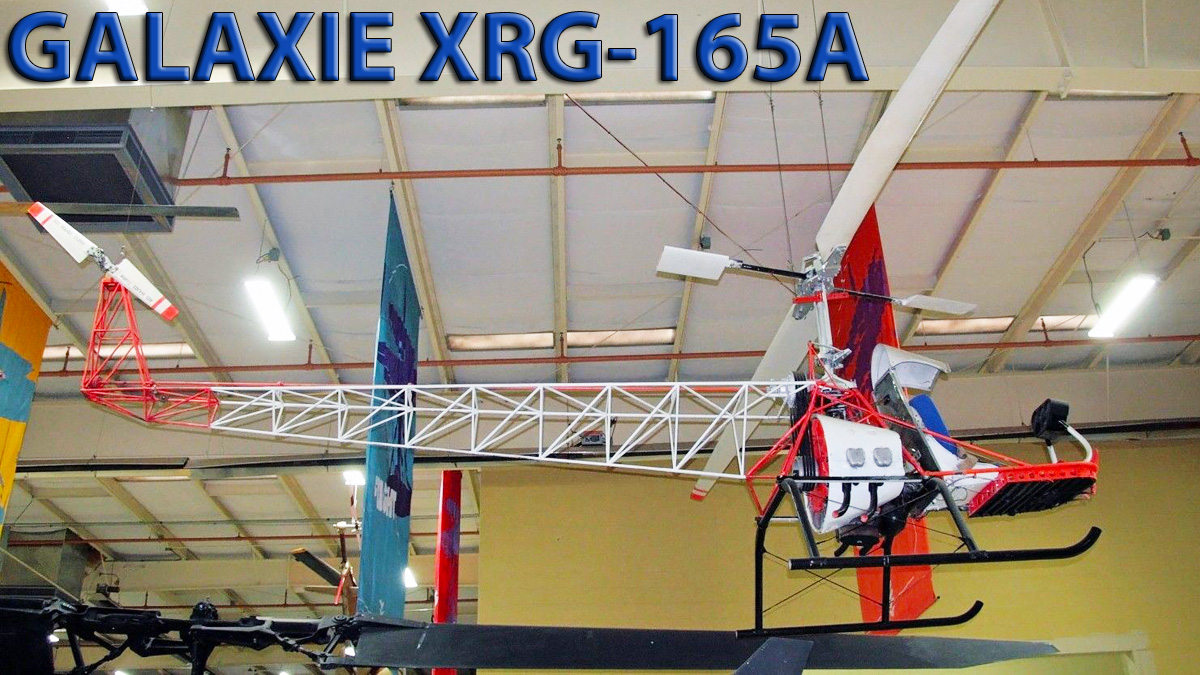