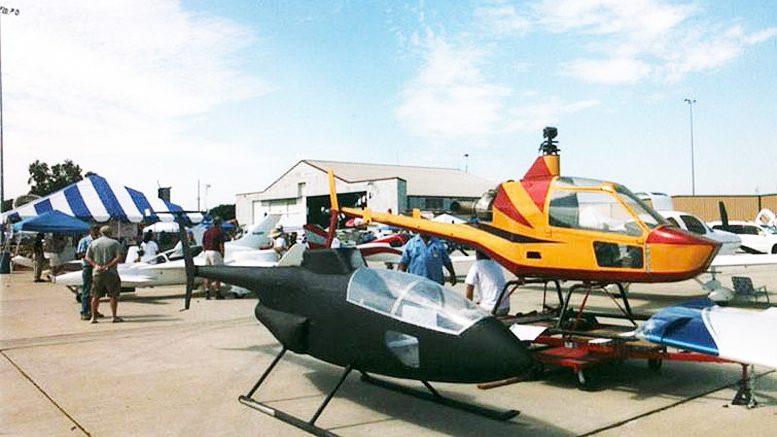 In forum correspondance Don spoke of the SkyShark helicopter as a pusher and having 15 inches of flow clearance from the fins to the wide chord main rotor blades. He also has a coanda/fan fin in the works (part NOTAR, part fenstron) or as translated – “little window”. 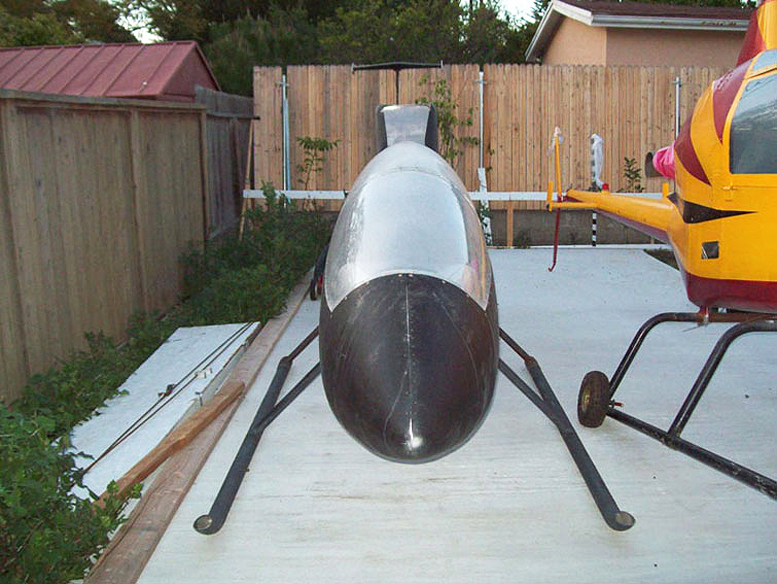 The Rotor Mouse had a 160 mph cruise and the Sky Shark comes with a minimum 5 HP more and is more aerodynamic with lower (Blade Element) disk loading VNE 212 mph.

The SkyShark helicopter showing a few months work now. It needs a physically smaller T-62 1A2 turbine as the engine compartment is too small for intended T-32 turbine originally planned. 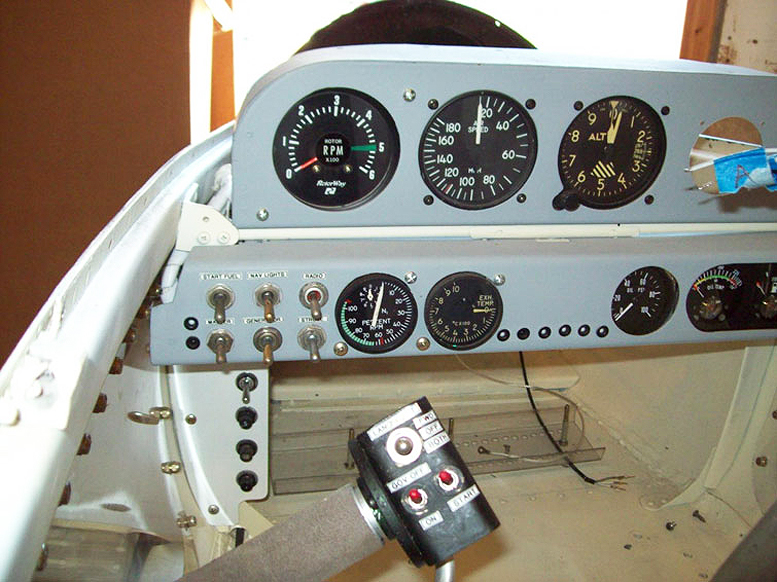 The next airframe will be a flying plug for a production mold and the corrections will include a bigger engine compartment for the T62-T32 turbine, or similar sized 150hp piston engine/jet turbine.

The new airframe will also incorporate a larger cockpit by 10% giving more space for the larger pilots and have a single piece body structure with honeycomb inserts for the floor and bulkheads, a flex beam rotor four (4) blade main rotor system, quiet tip rotors, and a reduced total parts count by approximately 50%.

To ease construction the SkyShark helicopter uses many off the shelf aircraft parts in the drive line, fuel system, and control systems (some from even from Hot Rod suppliers).

The intention is to do some light aerobatics with the flex rotorhead which uses elastomeric dampers for the blades lead/lag and a soft pivot on the rear tail rotor cross tube giving standard helicopter cyclic and collective movement. 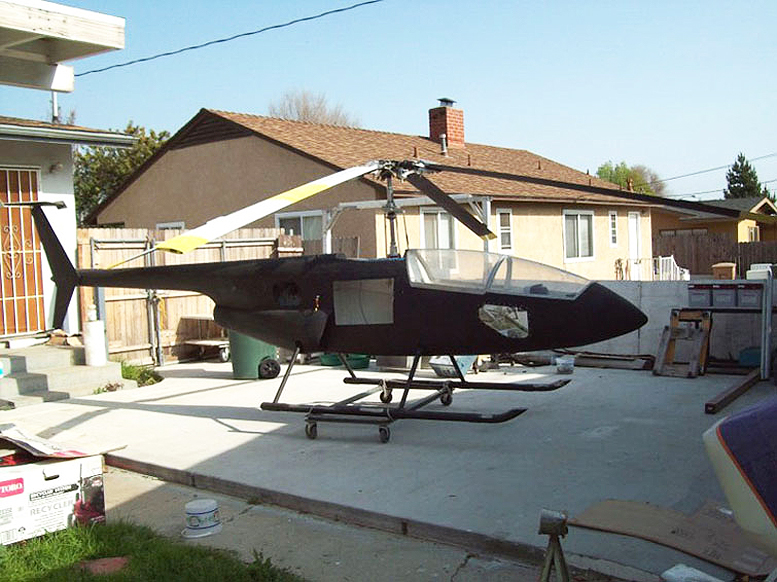 Changes to the design are that the main rotor mast is now 8 inches shorter with the transmission mounts done. Next step is adding droop stops and fine tuning the supports for the main rotor mast bearing. The cockpit in the production set will be four (4) inches wider and two (2) inches taller as it is like an easy chair with attitude!

The helicopter uses a modified Rotorway Scorpion swashplate with the tailrotor gear box being from a commercial Enstrom helicopter. As per the welds (made with a Harbor Freight gas set) on the main rotor mast in these photos, admitted, they aren’t pretty, but strong enough for the prototype.

The ship has been built primarily with off-the-shelf parts just like when the Jet Exec was started. It’s simple economics, why reinvent the wheel? I used to have better resources but now make do with what I have available.

There is a manual override for the Solar T62-T32 turbine that will be used on the Sky Shark. Some of the following images show installed manual main fuel valve, control manual override, governor control box with trim pot as installed on Jet Exec test ship. 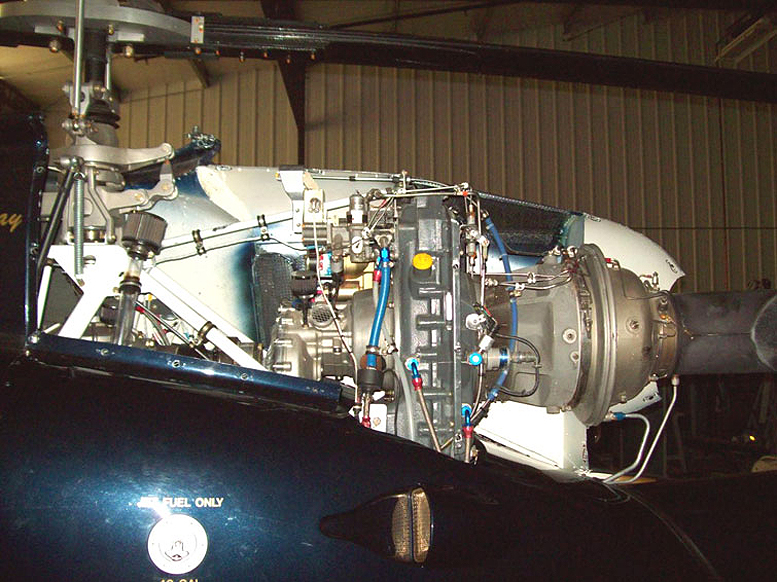 A question to Don: Don, how do you find that RK-400 clutch inside the Rotax box handling the 150HP? Do they last? Any feedback from the KISS conversion users?

Don’s response: No clutch in Rotax C gearbox, we use a hardy disk-clutch on the JetExec T-62 KISS built project. 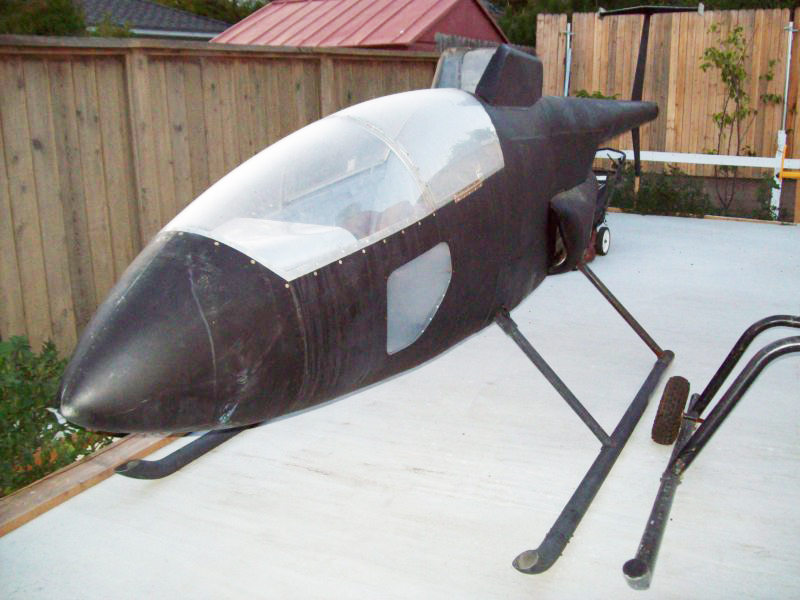 At this time (approximately October, 2011) I have everything in temporary stowage. Looking for a new place while nursing a back injury (flying never hurt me none). Will be moving operations to a real hangar this month! As per going into production? It only takes $$$$$$$$$$$$$$$$$.

There has been a lot of thought about getting it into production with fewer parts, a stronger drive line along with aerobatic capabilities. The Rotorway Exec Turbine conversion fleet has many proven hours on them with the drive train the same as first designed for the EH 1-02 giving confidence in reliability. 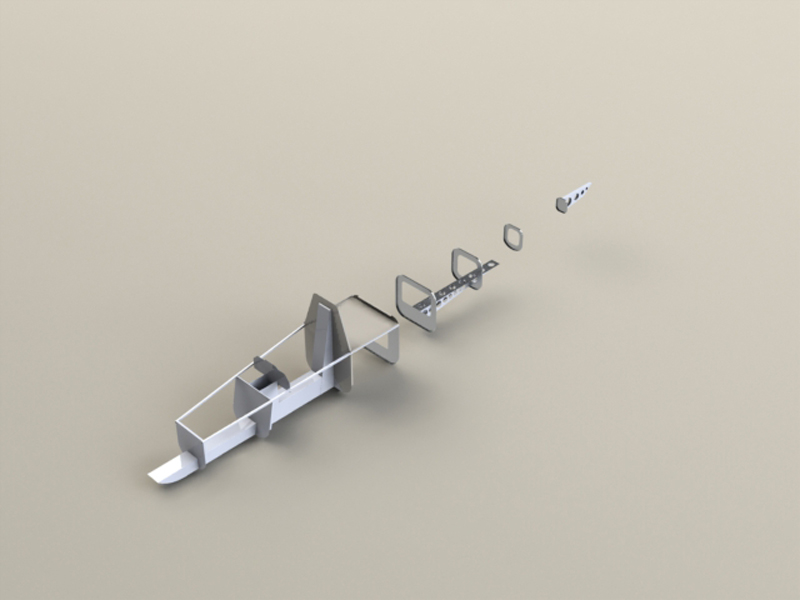 Be the first to comment on "SkyShark Helicopter By Don Hillberg"