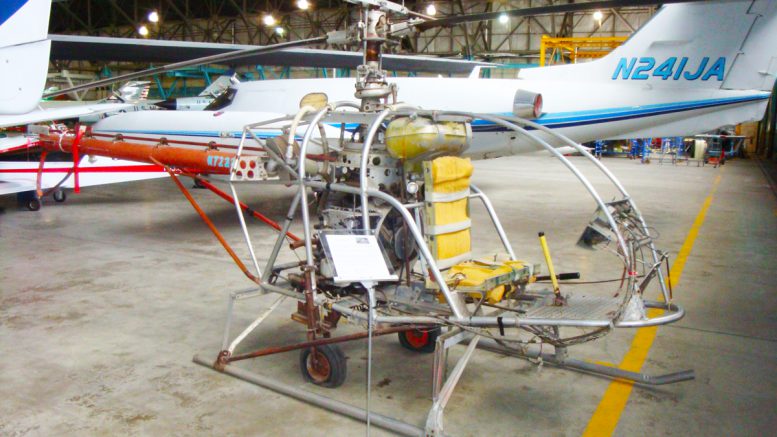 Both the Model T and later Model A home made helicopters were test flown by Murray to test various parts and equipment that were installed on each aircraft. Murray flew both aircraft near south Santa Fe Drive in Denver in the open fields. Never flying above twenty foot or traveling more than a mile from his starting point, Murray estimated that he was able to fly at 50 mph and at a maximum height of 150 feet. 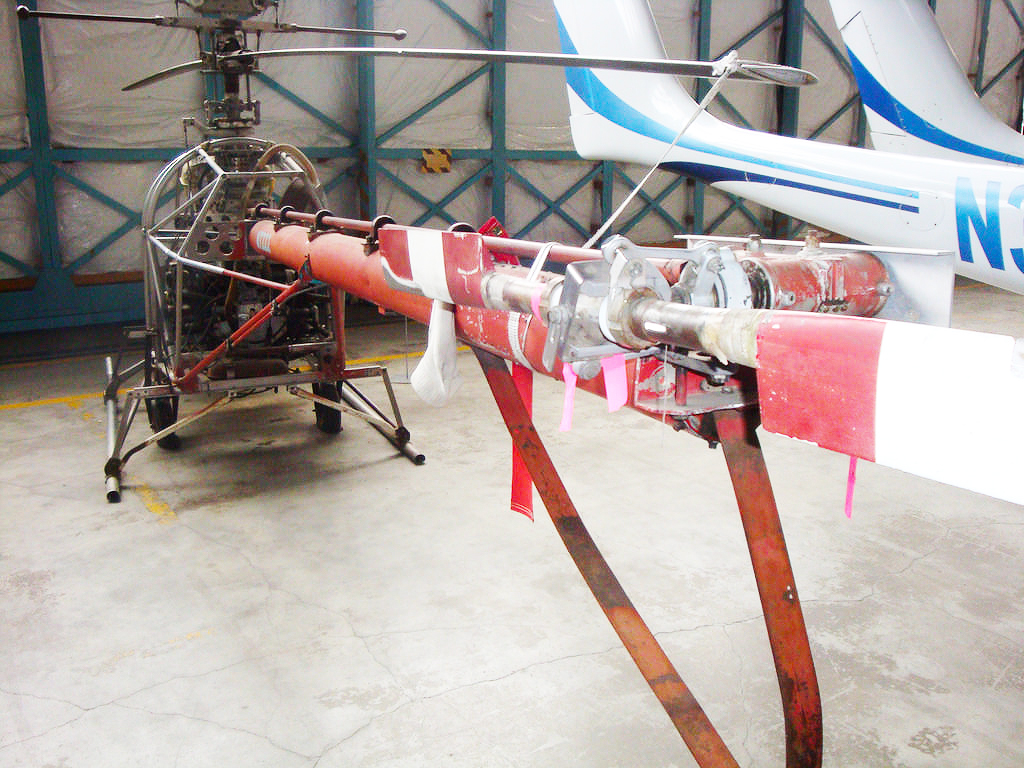 Murray used parts from various helicopter and aircraft hulks he found in the state. The landing skids and tail boom are from a Hughes TH-55 helicopter. Murray used the little Hughes as the basis for his Model T helicopter because of its ruggedness, simple design, and it was easy to find parts.

The US Army used the TH-55 helicopter as its main training helicopter from 1964 to 1934. The little helicopter was rugged, but some students were better at crashing them than landing the helicopters. This meant that spare parts and hulks were readily available for Murray to use in his initial design.

Other parts of the Model T came from many different sources: Volkswagen, Hoover, and even Budweiser! Never one to waste parts or think inside the box, Murray gleaned parts from where ever he could. Look closely behind the instrument panel and you will see that one of the instruments are held in place with a cut off Budweiser beer can. The Murray family donated both the Model T helicopter and the Model A helicopter to Wings Over the Rockies Air and Space Museum as a tribute to Arthur Murray and his inventiveness. 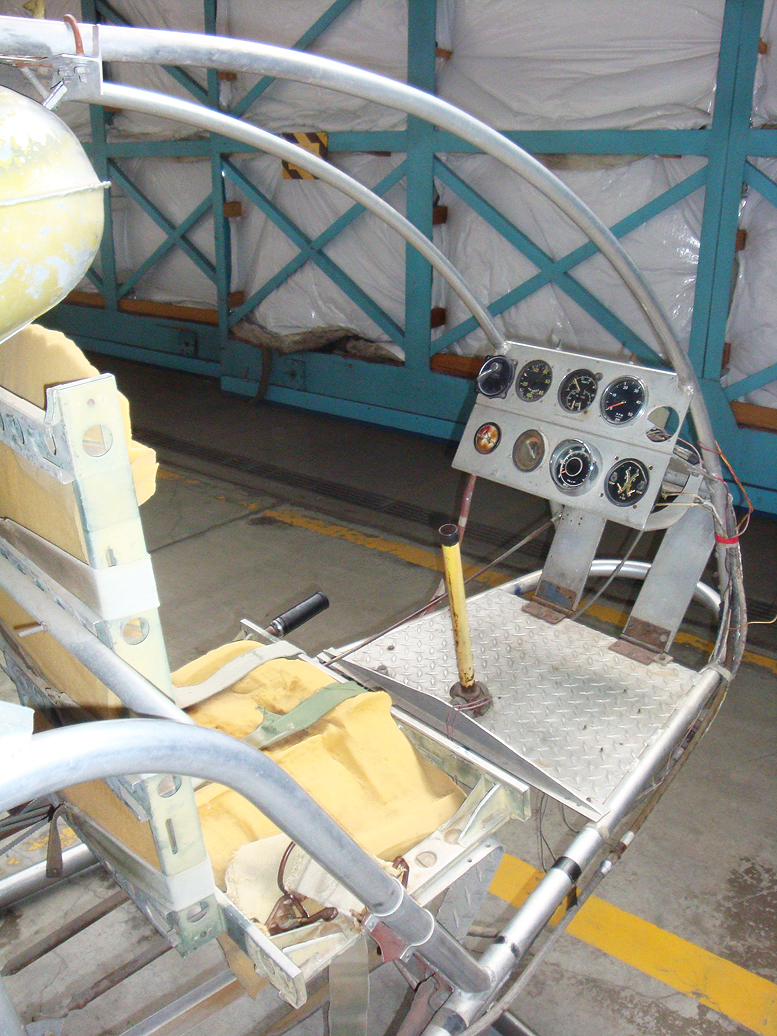 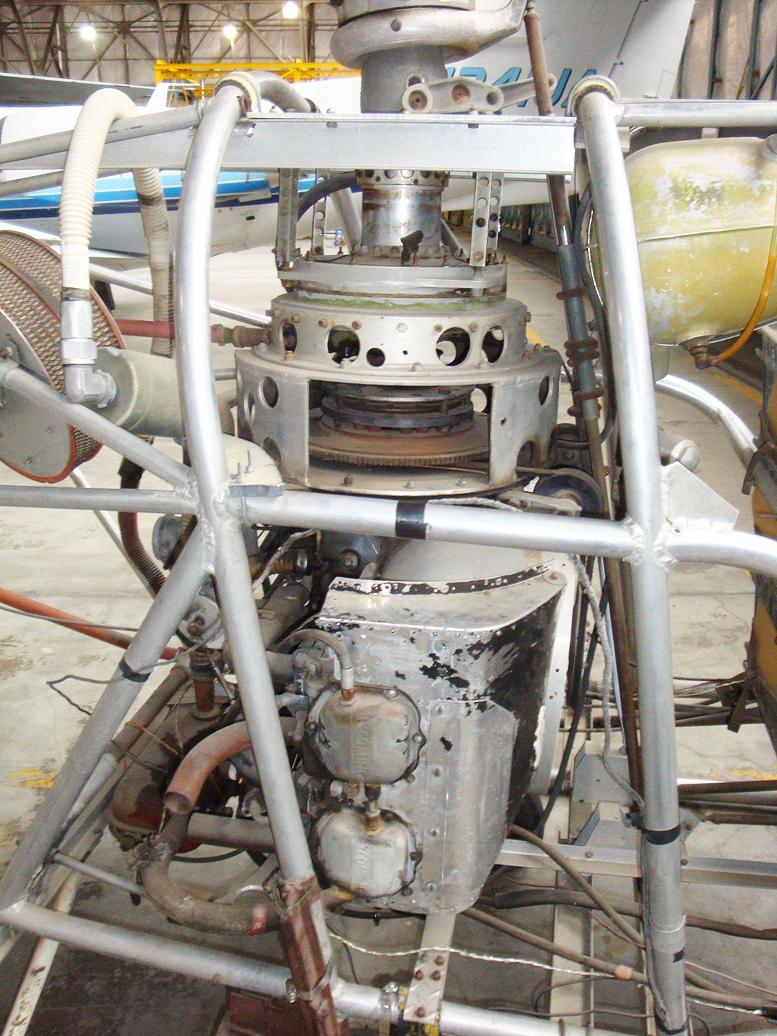 COURTESY: Wings Over the Rockies Air and Space Museum and the Murray family.

Be the first to comment on "Murray Model T Helicopter"