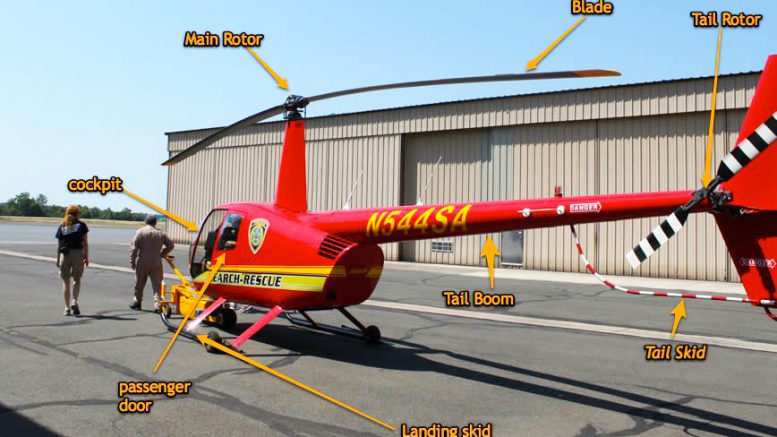 We will continue bringing you an overview of how a helicopter works including the basic helicopter layout as it relates to home built, ultralight and experimental helicopters.

VIDEO: How does a helicopter fly?

Parts of a Helicopter

Helicopters are mysterious machines to many, but they have become daily participants in the aviation business segment. To understand how they fly, one has to understand the various major assemblies that make a helicopter what it is and how the parts create and control lift.

In the former, the blades are attached to hinge mechanisms (based on the number of individual blades) that allow them to rise up (flap) under pitch and power, and additionally allow them to move forward and aft (lead and lag) to mitigate dissimilarity of lift. In the rigid system, the blades are integrated with the rotor assembly and there are no hinges.

The cockpit houses the pilot and crew amenities in addition to the instrument panel and controls. Aside from the obvious in terms of seating, lighting and climate control systems, the central controls for a helicopter include: cyclic (controls left-right-forward-backward movement of the main rotor disc), the collective (controls the pitch of the main rotor) and the tail rotor pedals (controls the yaw of the airframe.)

The helicopters skids are the essential landing mechanism for the typical helicopter. This assembly is typically made of high-strength tubular steel with horizontal and vertical braces.

Aside from the skids themselves, “shoes” are also attached at the vertical braces to allow the helicopter to slide effectively on rough surfaces. Should a shoe be damaged in a landing, the sub-assembly can be removed and replaced without having to replace the entire skid assembly.

The helicopter’s engine bay houses the engine, oil cooler, transmission, electrical generator and radiators, or in the case of an air cooled engine, the fan scroll. Additionally, there are a number of other small machine devices mounted therein, along with other secondary engine-related accessories.

The tail boom houses a “hanging” tail rotor shaft driven by a secondary gear set turned by the main drive-shaft. In addition to housing the shaft, the boom also offers a mounting assembly for the tail-rotor blade system. The boom is typically attached to the cockpit by a series of bolts and can easily be removed for maintenance or other structural necessities. 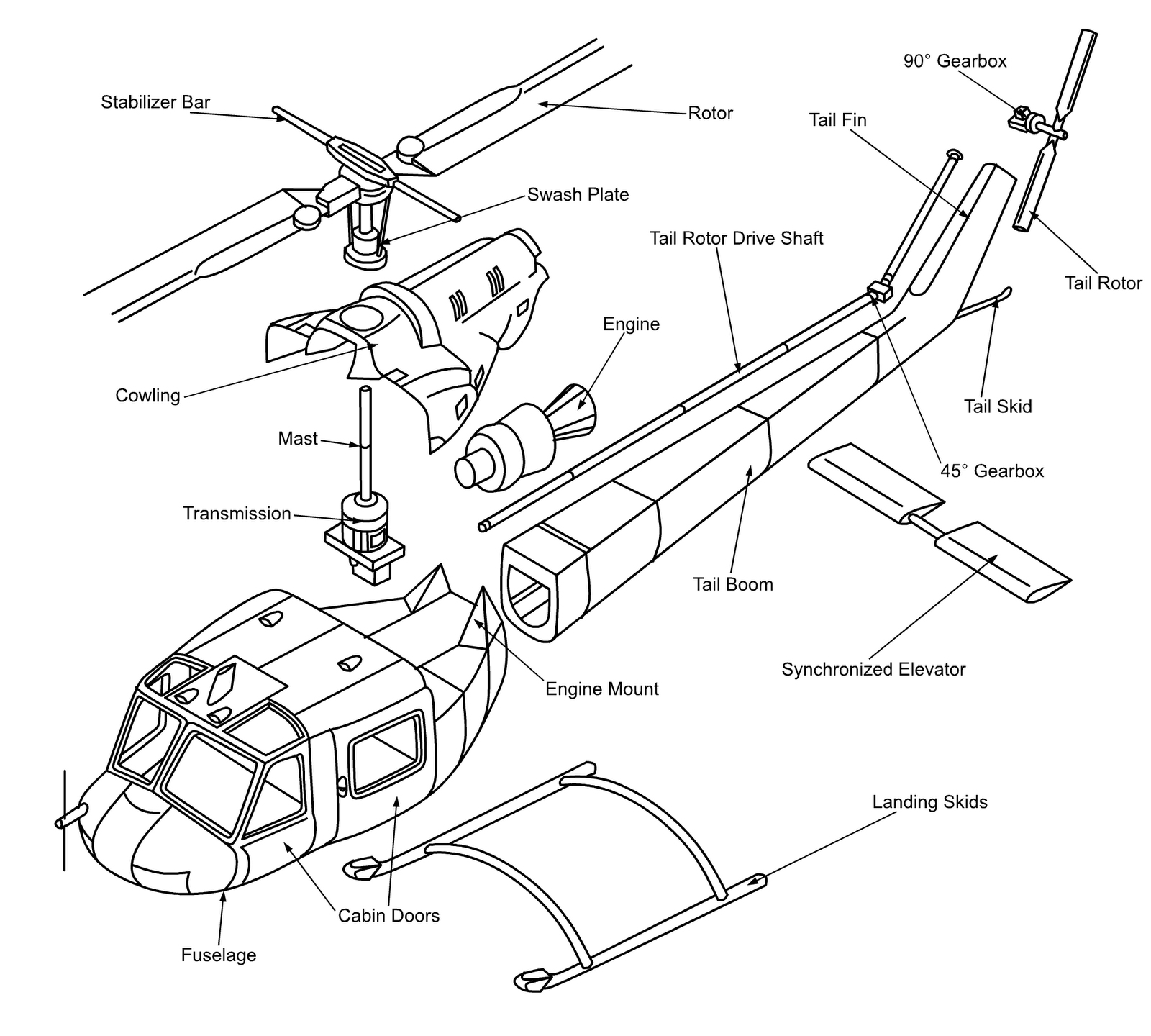 Though the following animation is of a commercial helicopter swash plate and fully articulated rotor head, it gives clear indication of how the collective and cyclic controls work in a helicopter.

More on How A Helicopter Works

Another similar animation explaining the complexities of helicopter rotorblades control in simple terms.

VIDEO: How It Works Helicopter Blades