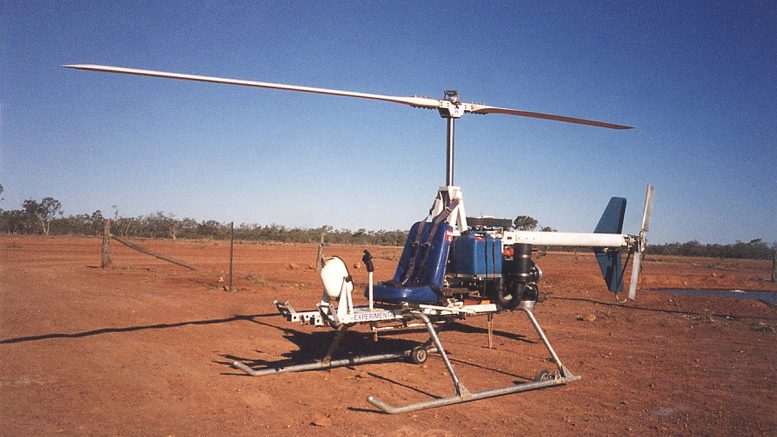 The picture at the top of the page was its final form including all mods and updates. The LoneStar Kit Helicopter manuals and drawings for both of these designs are included in the complete pack.

Other achievements by Ken was his own design twin tail gyrocopter which though exhibited exceptional stability – he was fatally injured in during an in-natural weather event which found his gyro inverted before fatally crashing.

Here’s a really well thought out gyro. Ken knows exactly what he wants from a gyro and so designs and builds exactly that!

Kenneth James Rehler died on Friday, November 11, 2005, in a weather-related aircraft accident while piloting the award winning gyrocopter that he personally designed and built.

Ken founded Ken Rehler Architect in 1971 and continued to lead the successor firm, Rehler Vaughn & Koone, Inc., until the time of his death. In addition to his duties as the managing partner for the 60 person firm, Ken continued in the role of principal-in-charge for numerous projects, most recently the Julia Yates Semmes Branch Library for the City of San Antonio, and in New Braunfels: the Public Library, Central Texas Technology Center and the Convention Center.

A New Braunfels architect was killed yesterday in a crash of an experimental aircraft (rotorhead) he designed himself. Authorities say Ken Rehler died when the aircraft flipped over as he tried to land at New Braunfels Municipal Airport. Airport Manager Andy Spinks says Rehler flew the autogyro at least once a week. He built the aircraft in 1999.

This is preliminary information, subject to change, and may contain errors. Any errors in this report will be corrected when the final report has been completed. 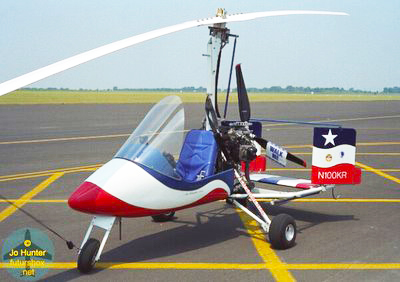 On November 11, 2005, at 1705 central standard time, an experimental Rehler gyrocopter, N100KR, was substantially damaged following a loss of control while on approach to Runway 13 at the New Braunfels Municipal Airport, near New Braunfels, Texas. The private pilot/builder/owner was fatally injured. Visual meteorological conditions prevailed and no flight plan was filed for the personal flight conducted under 14 Code of Federal Regulations Part 91.

A Federal Aviation Administration (FAA) inspector performed an on-scene examination of the wreckage. The inspector established flight control and engine continuity and found fuel in the fuel tanks. No mechanical deficiencies were noted.

The builder of this particular gyrocopter apparently had won numerous awards for this bird. You can read about it here.

From the report, it sounds like this was nothing more than a rouge gust of wind that wreaked havoc on the gyrocopter. Perhaps greybeard can enlighten us as to whether it’s possible to recover from an inverted attitude in a rotorcraft…

My condolences to the pilot and his family. Remember to fly your aircraft all the way to the ground.

Let’s keep an eye on this one…

Upon further review of the owners site:

EDITORS NOTE: We are fortunate that Ken left us with the amazing little LoneStar kit helicopter. The above mentioned accident is in no way related to Ken’s association with the LoneStar Kit Helicopter.

Ken had cut the helicopter designing loose in an effort to follow his ambitions with the gyrocopter industry. In hindsight, an unfortunate choice. Redback Aviation was fortunate enough to have detailed correspondence with Ken prior to his death and purchased the rights to the LoneStar Kit Helicopter and through the co-operation of the existing Australian distributor..