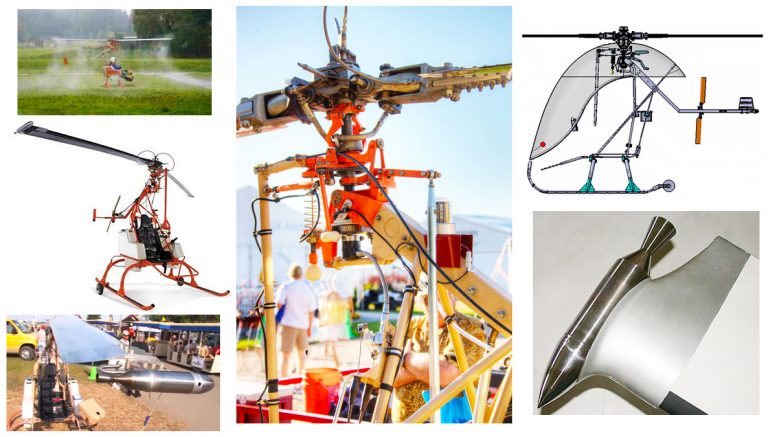 In a world searching for alternative fuels Ricarado Cavalcanti has come up with his ‘green’, rocket-powered (yep…rocket-powered) tip-jet helicopter, the single-seat Dragonfly! 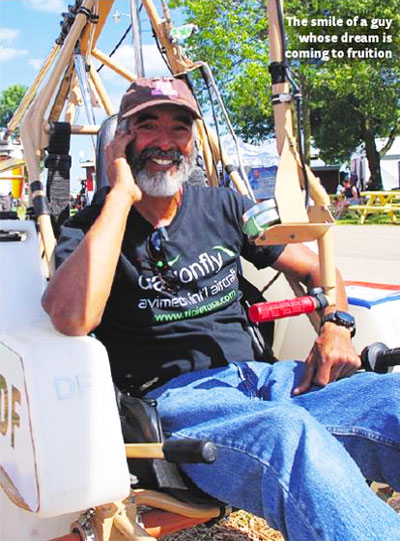 RICARDO is from Brazil, the 2nd most prodigious user of helicopters in the world, and has built and is selling the Dragonfly, a single-seat, rocket-powered tip-jet helicopter.

It is powered by hydrogen peroxide and has been around for many years but only just seen the light of day. Here Ricardo talks about working on the idea, getting it to fly and plans for the future.

QUESTION: How did the Dragonfly idea come about

ANSWER: It was a more-or-less existing design I found, with issues that needed fixing like the engine, blades and electronics which I thought needed upgrading it was already rocket-powered, in fact it started out as a top-secret project from the US Navy in the 1950s. It was originally meant to help soldiers in the Vietnam War so it is quite an old design but it has only just made its world debut at Oshkosh this year.

QUESTION: What made you want to get involved with the Dragonfly tip-jet helicopter?

ANSWER: It’s a very interesting helicopter. It doesn’t have any torque, it’s a light machine, and it’s very mobile You can put it in your car. It’s easy to store and it’s completely green the only emission is water vapor.

QUESTION: How did you first discover the project?

ANSWER: The US Chamber of Commerce invited my company to participate at a large business fair in Frankfurt and I met a person who had the helicopter but didn’t know what to do with it – he was a business man but had no idea about aviation.

I bought half the contract and the building rights. When I saw what he had built it was dusty and partially assembled He didn’t have the blades or engine, no communications, no avionics. It was pretty much just the frame and the tanks sitting in a barn.

QUESTION: Why did you want to take up such a unique project?

ANSWER: I’ve been in aviation for nearly 20 years and I wanted to look at this because it’s different from fixed-wing work and designs. The Dragonfly has lots of different characteristics and it’s a big challenge I like a challenge!

QUESTION: How long can the Dragonfly tip-jet helicopter fly for?

ANSWER: With two 11-gallon tanks it can fly for 90 minutes. It’s powered by hydrogen peroxide, which is actually cheaper than Avgas, something like $3.60 per gallon.

QUESTION: Where can you get the hydrogen peroxide fuel and do you need a license to buy it?

ANSWER: You can find it anywhere, because they use it to treat food, use it in water treatment, use it in paper manufacturing, so it’s really available anywhere You don’t need a license at the grade we use. We lowered the grade of the fuel it needs so any owner can buy it.

QUESTION: What is the next stage of development on the project?

ANSWER: I recently designed a windshield for it. Not only will it keep the pilot out of the wind, but it will increase the performance of the helicopter by up to 5% because you won’t have the drag.

We have also developed a 200hp two – seat version the single-seat version has 102hp currently. The current model will be available with option packages for use on crop spraying. Search and Rescue, border patrol, and emergency response – it can fly with a stretcher attached. 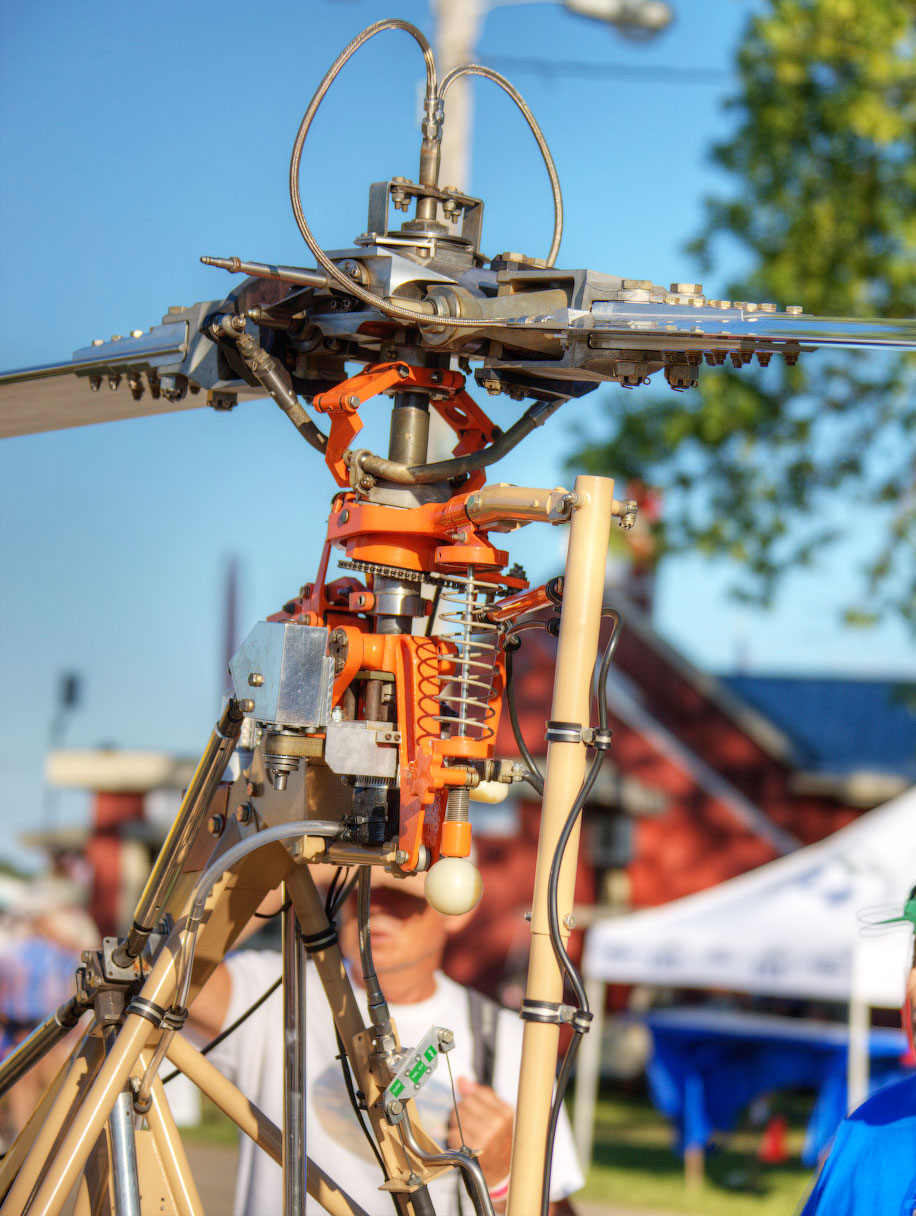 QUESTION: Is the Dragonfly tip-jet helicopter easy to fly?

ANSWER: It’s very easy to fly because we don’t have any torque reaction from the main rotor like a normal helicopter so you don’t have to counterbalance the helicopter like you would with a normal engine.

There is a small ‘tail’ rotor just behind the pilot, but just to help steering With this it can turn quick and in a small space. It also has a simple twisting throttle like a motorbike would have which increases the flow of fuel much like a ball valve.

QUESTION: You can fly in the US now…how about Europe?

ANSWER: It depends, on a country-by-country basis – Switzerland won’t let us fly. because they say it’s too small But France have been really helpful in creating new technologies and letting us fly. They are very open to technologies for the aviation.

QUESTION: How much does it cost?

ANSWER: We normally retail at $120,000 and we have had a few people say they want to buy one – one pilot bought one straight away at Oshkosh I think when we’re in full production we will be selling over 200 units per year. 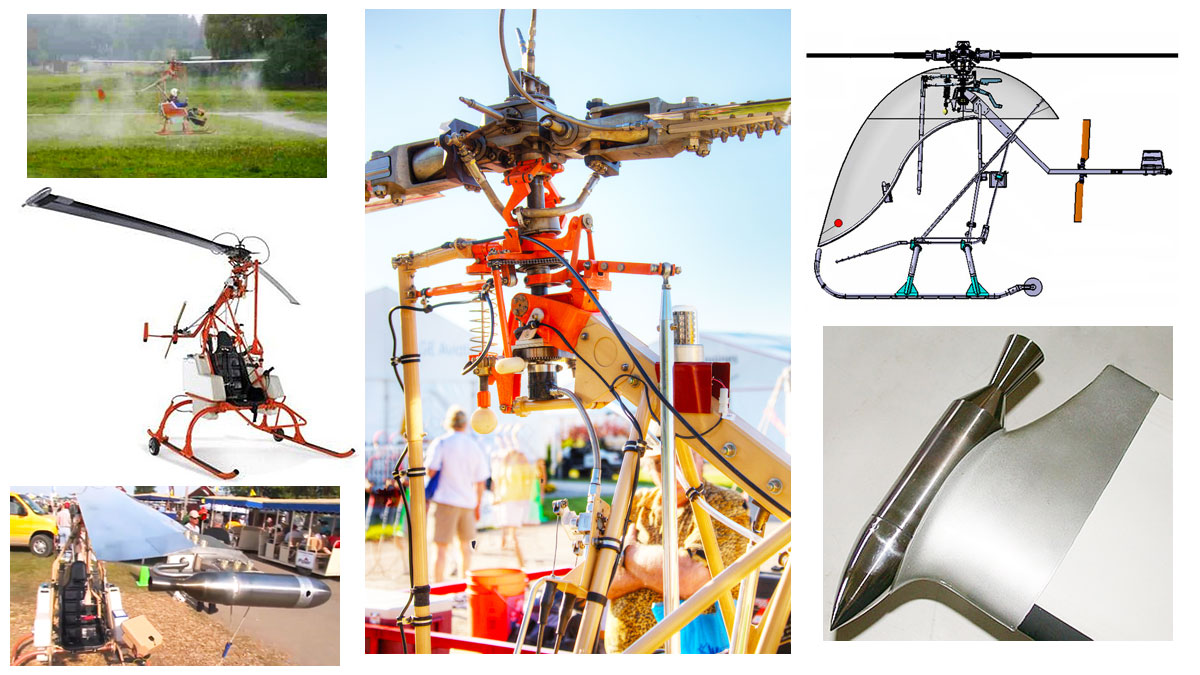