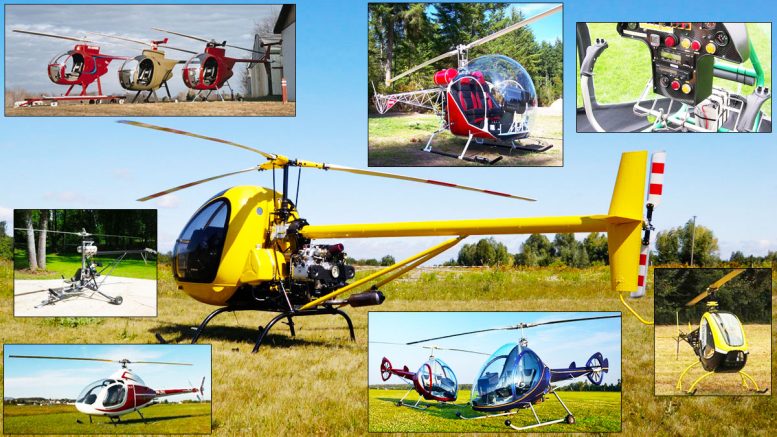 When you live down in South Africa you sometimes long to be part of a big rotorcraft community such as exists in the United States. The availability of spare parts and construction materials lags light years behind for someone who wishes to construct his own fling-wing craft.

We also get our fair share of bad deals from people who sell us things like “xyz500” kit helicopters and but we are lucky to have hundreds, if not thousands, of helpful rotorcraft friends from all over the world with the help of the Internet and different publications.

Enough of that, I want to tell you more about the birth of a Safari Kit Helicopter which is the first of its kind in Africa. The rotorcraft community in South Africa is not very big and the part which constructs their own experimental craft, has dwindled down to a handful.

So, though I had not met Vic Venter from Johannesburg, the word of his purchasing two Safari kits had spread the 140 miles South to my town of Kroonstad. Having already put the 3rd engine in “XYZ”, I wanted to advise him to use the Lycoming 0-360, rather than the 0-320, for our high-density altitude. 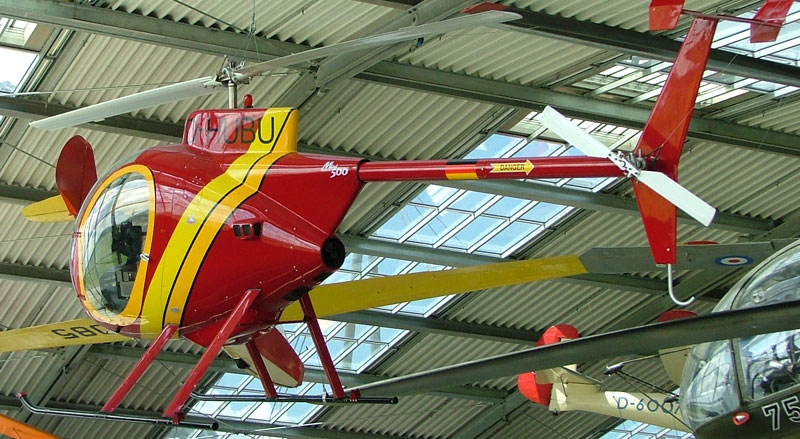 A year went by without contacting Vic since my own projects demanded plenty of time. Quickly, the South African Airventure 2002 was upon us and with a number of fixed wine friends, flew down for the event in my HR2. Vic’s Safari was to be seen and admired in the main display area.

The completed ship contained the 0-360, which relieved anxiety. This was the first Safari I had seen in person. Looking at the tail rotor and tail rotor transmission, a definite crack in the one tube plus one or two bent tubes caught my eye.

These fractures were not visible to the untrained eye so a discussion of what might have happened to the ship with the apparent owner was conducted in a low voice. He immediately asked me if I was Hennie Roets and said he thought it would not slip my eyes. This was the start of a good friendship.

Following construction of the Safari in South Africa, Vic decided to take the ship to one of the best commercial helicopter outfits in our country for final balancing and tracking prior to beginning flight training. Their system for balancing was to take all information from a maintenance manual and then use an electronic, pre-programmed balancer. Very impressive equipment!!!

The only problem was that there was no maintenance manual and the Safari was not found in the balancer’s menu – a recipe for disaster. They hooked the sensors to the main rotor and started taking readings at 100% rpm while on the ground. The 12 or 13 printouts were impressive but the data was not.

It went from one side of the chart to the other and sometimes completely off, before disaster struck. No one bothered to look at the tail rotor during the testing and through all the variations the tail rotor spindle broke. Later we established that the vibrations were at 4.5 ips at 100% rpm, which is destructive.

Vic, at the controls during the original testing, suddenly found himself in an airborne helo, facing nose down because of the lack of a tail rotor transmission and blades. These had departed the craft with the subsequent upset in e.g. causing the now spinning helicopter’s tail to be a few feet higher than what it was a few moments ago.

He slammed down the collective, which was pulled to get the helicopter light on the skids and managed to get the craft down in one piece. The tail boom was a mess. The legs were bent. But the worst was the professionals telling him sorry they could help him no more.

Vic’s plan was to release a flying Safari publicly at the Airventure 2002 show. With about a week left before the show and no flying helicopter, he had to patch the tail boom and use the tail rotor and transmission from the other kit to have a static display. We immediately put heads together and decided to bring the Safari down to my place.

After fixing the tail boom we found the main transmission damaged as well. After these replacements, tracking and balancing began. The Safari was in a hover within the week’s time with lots of work and much assistance from the factory in Canada and the US.

Vic then hovered 20 hours, a requirement by the factory and also a very good way of establishing that all systems are sound and problem free. Forward flight balancing occurred next and with it the next difficulty arose; Vic still lacked a helicopter rating, nor were there any Safari rated pilots in South Africa. 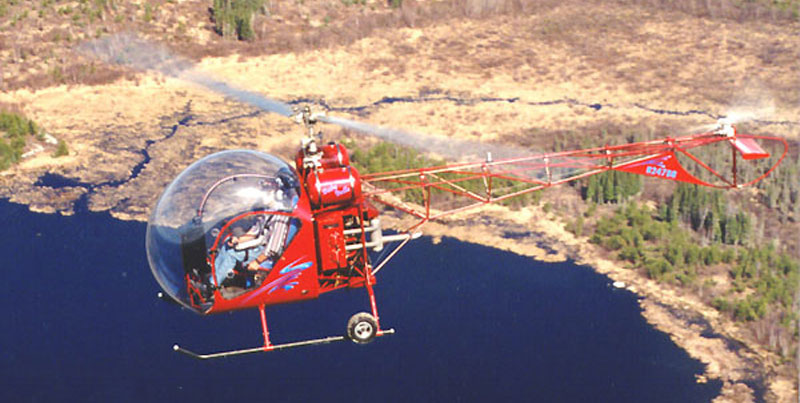 Vic decided to invite Mark Richards, chief pilot from the factory, for an African “holiday” and to add to the flavor made arrangements for accommodation at a local lion-breeding farm to give him the true African feeling. Approximately 80 lions surrounded him when sleeping at night—definitely no muggers around.

After a brief inspection, Mark declared the ship airworthy and took the Safari around the circuit for the first time. What a day it was!!!! We proceeded to finish forward flight tracking and balancing, following which, Mark spent the week answering questions and teaching us a lot about the Safari. I am sure that with the next kit it will be a breeze to get her flying.

Airventure 2003 arrived. Vic acted as ground crew; I flew the HR2 and Mark the Safari as we set off for Potchefstroom. The flight was uneventful except for my needing to do the radio work because Mark struggled a bit to understand the guttural South African version of English on the radio. Mark flew the Safari during the official airshow.

After he did all his tricks, which you all must have seen previously, a good number of interested people arrived at our stall. The biggest reward for Vic came Saturday afternoon as he received “Best Rotorcraft” Award for 2003.

With his broad smile I could see that everything was worth it. The next thing on the agenda is for Vic to get his helicopters rating and then we will really start chopping the South African air. Maybe he will allow me to get my rating in the Safari in South Africa as well?

Yes, I will tell you the story of the HR2 and show you some pictures at a later stage. 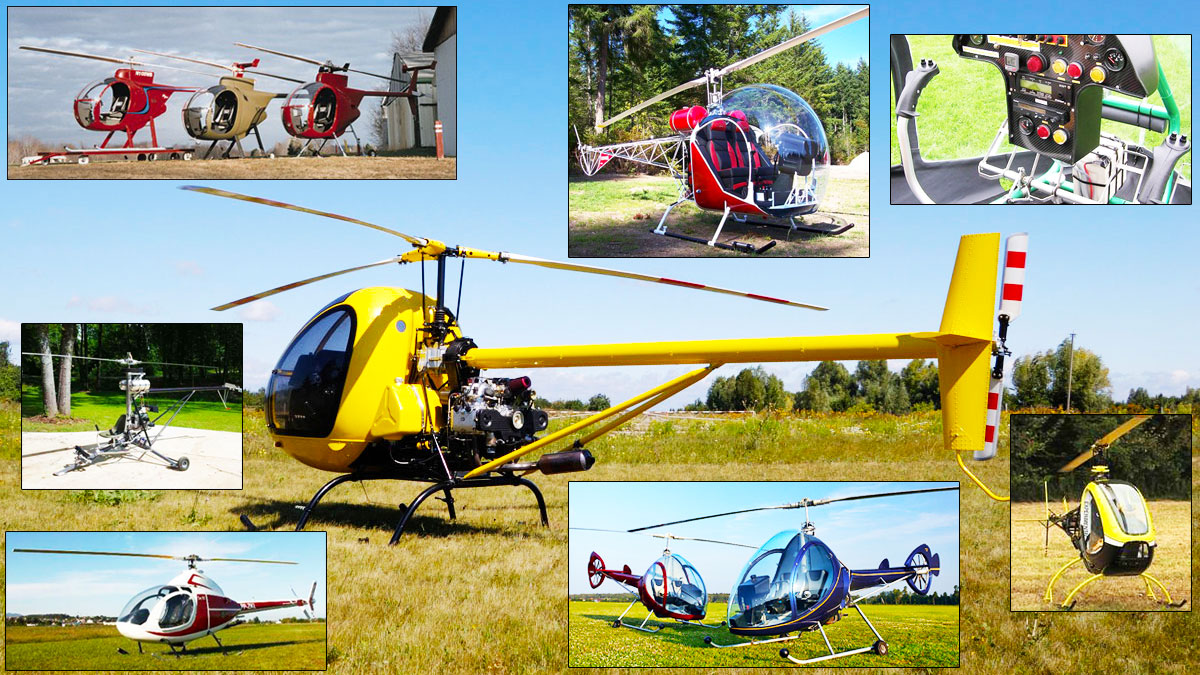